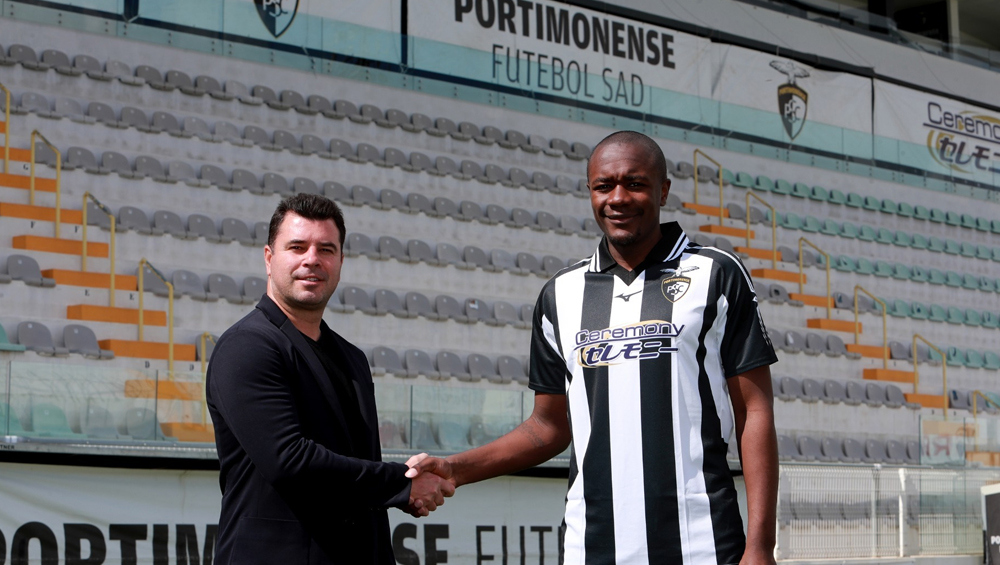 Giannelli Imbula, defensive midfielder who played for FC Porto, was introduced this Tuesday morning, March 9th, as a reinforcement of Portimonense.

Imbula cost FC Porto 20 million euros in 2015/2016, and was even nicknamed “Ferrari” by Julien Lopetegui, then coach of the blues and whites.

Despite the price it cost, the athlete never won at Dragão and was eventually sold to Stoke City, from England.

Imbula, who has also represented clubs such as Marseille and Rayo Vallecano (Spain), now arrives at Portimonense at the age of 28, having signed with a contract valid until June 2022.

«I am happy to have accepted the invitation from Portimonense, although I had been contacted by other clubs. What made me accept the invitation was the project that was presented to me, which pleased me. I already knew the country, since I already represented Futebol Clube do Porto», said the reinforcement, in his presentation.

"I'm proving what I was told, since the structures I found (Training Center, Internship and Stadium) are at the level of big clubs, which shows the great commitment of SAD in the development of the club," he added.

According to Robson Ponte, vice-president of Portimonense, the Algarvians anticipated «some clubs, we presented our project to you and Imbula had no doubts in accepting».

After having presented Honda, Japanese international, but after the athlete left Portimonense five days later, due to not being able to be enrolled in the I League, as determined by regulations, the Algarve now secured the “Ferrari” Imbula.