There are other outbreaks active in the region, but smaller 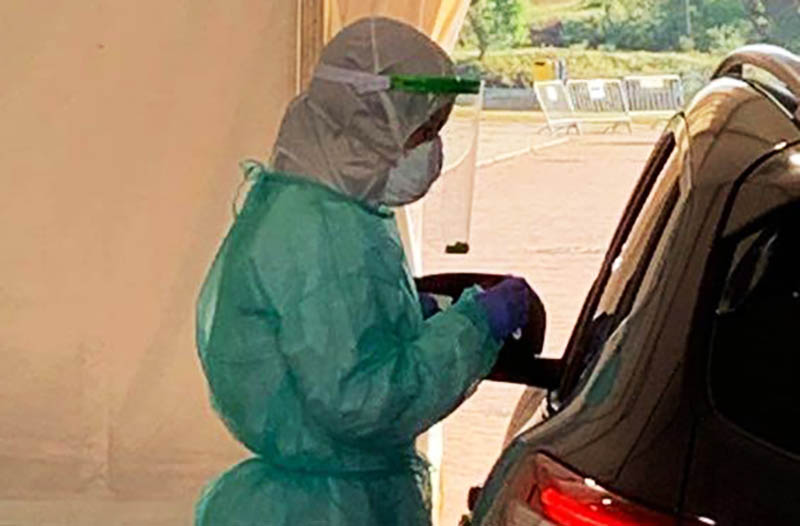 The Regional Health Authority confirmed today to Sul Informação the existence of new outbreaks of Covid-19, in Portimão and Albufeira, «resulting from work and family contacts».

In the case of Portimão, the City Council itself revealed that one of the outbreaks arose among workers at a construction company. But our newspaper knows that there is another new outbreak, in a company linked to the food sector, in the same municipality.

In response to questions asked by Sul Informação, the Health Authority added that these situations linked to civil construction "appeared, identified as outbreaks, in the second week of March", but that "new cases continue to arise".

In fact, in Portimão, and after weeks of tranquility in the numbers, just since last March 17th, 68 new Covid-19 infections have been identified. Not all are motivated by the civil construction boom, but cases among these workers represent the largest share. The outbreak in civil construction has already motivated 51 cases and the bakery another 15.

In Albufeira, which also remained low for a long time, yesterday, information pointed to an increase of 17 cases.

But in the Algarve there are other outbreaks, "smaller, related to civil construction", namely in Castro Marim, Faro, Olhao, Lagoa.

As for the total number of cases, the Health Authority explains that, until yesterday, the 22nd, "we had 28 cases in the outbreak in Portimão, 5 in the case of Lagoa and 6 in Albufeira, related to civil construction and related to each other", since “workers rotate through various works”.

However, these outbreaks "are growing and today more positive cases have arrived, most likely related" to those situations.

Furthermore, in Portimão there is also another “active outbreak, with 22 cases”, in a religious community, but which began at the beginning of this year.

And what has been done to control these outbreaks? “Many tests have been carried out, to confirm and to trace the contacts, to all the workers of each company”, including those who work for “contractors or sub-contractors”, answers the Regional Health Authority.

Harvests «are carried out in the Health Centers, in the construction sites (Mobile Units), in the Drive Thru of the Algarve Stadium and in locations chosen and adapted on a case-by-case basis by the teams». In some cases, "the tests are promoted by companies and are carried out in private establishments".

The same procedure had already been adopted during the outbreak in Alcoutim, which arose between workers of the company that is building a photovoltaic plant. In fact, according to information released today by the Alcoutim Chamber, in this municipality the outbreak is about to be declared closed, since there are no longer active cases of Covid-19 in that municipality in the northeast of the Algarve.

Because it is always necessary to be very attentive, the Health Authority, «in addition to the identification, isolation, epidemiological inquiry with contact tracing, testing and early identification of positive contacts with the respective isolation, has made visits to the construction sites, some in collaboration with ACT', the Authority for Working Conditions.

As a reinforcement, «the integrated local teams (with various municipal entities) have carried out numerous steps of pedagogical, social and research interventions».

Despite all this work, namely in terms of testing, the City Council of Portimão announced this Tuesday that it will also proceed with mass testing of the population, in partnership with the structure of the Algarve Biomedical Center (ABC), which was installed in the drive thru of Portimão Arena.

Because the municipality of Portimo "is not satisfied with the way the pandemic is evolving in the county", fearing the impact that these outbreaks could have on the community, so it decided to promote this massive and voluntary testing, in which citizens can apply for free.

Get to know all the data for the region and by county, including the evolution in 24 hours, on the interactive map that has already been updated with the new information collected: