Almargem will “Prepare Monchique for the Walking product”

Almargem will promote training activities for the hiking segment in Monchique 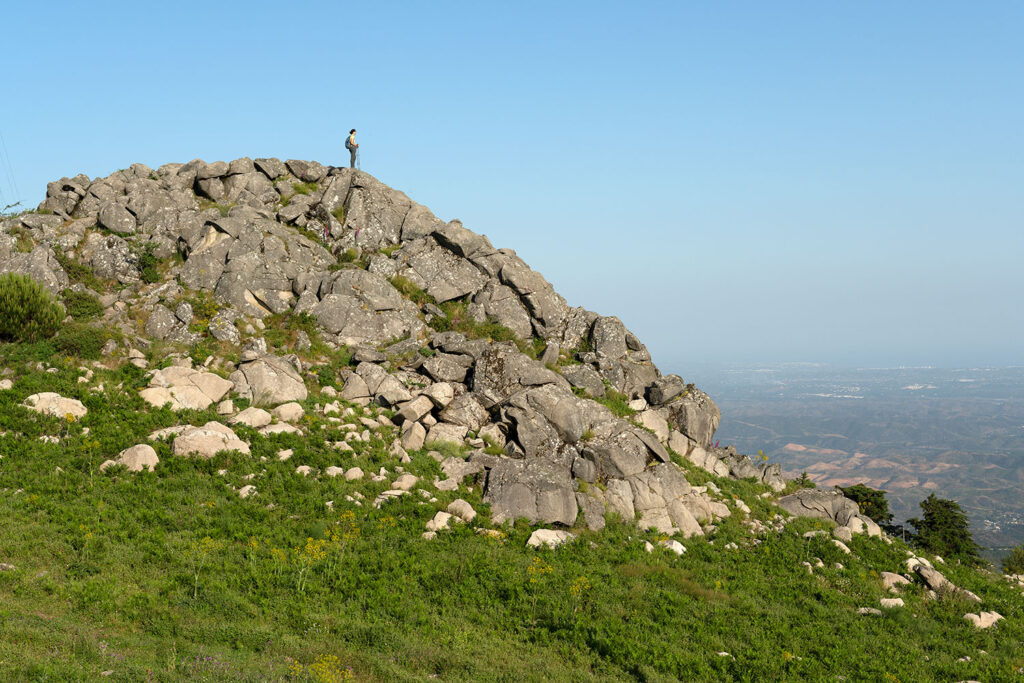 Almargem will start “Preparing Monchique for the Walking product”, through a training program dedicated to companies in the tourism sector operating in this Algarve municipality, which starts this month.

The initiative starts on March 23, at 11:00 am, with an online session for framing the project and the demand markets, opened by João Fernandes, president of the Algarve Tourism Region, and which will also feature contributions from Anabela Santos, from Associação Almargem, Luís Coelho, from A2Z Tourism Consulting, and by Inês Almeida Garrett, Dagmar Paul and João Rodeia, from Turismo de Portugal.

"These actions, free of charge for the participants, aim to qualify accommodation units and tourist entertainment companies, with headquarters or activity in the municipality of Monchique, for the product of hiking, one of the segments of nature tourism in expansion", according to the association that manages the Via Algarviana.

The programme, which is expected to run until May, will be carried out by A2Z Tourism Consulting, «which has vast experience in contacting customers in this type of product and markets».

This initiative aims to contribute «to the positioning of Monchique as an excellent destination for Walking tourism, recognizing the reality of international audiences with great demand for this tourist segment, specifically in the markets of Germany, Austria, Switzerland, the Netherlands and Belgium ».

The actions are divided into two stages: in a first stage, participants have access to online information sessions, oriented towards good practices applied to this tourist activity, later going through sectorial coaching actions, to survey the existing potential and structuring the offer .

«Given the limited number of places available for the sectorial coaching program, with a capacity for 20 accommodation units and 10 tourist entertainment companies, a pre-registration will be required, available from this Thursday, the 11th, until today 26 March”, announced Almargem.

Depending on the number of entries received, «the organization may have to apply some selection criteria, including the proximity of walking trails in the county, the size of the accommodation and the activity of the tourist entertainment company in Monchique».

The application form and detailed information about the actions are available. on the Via Algarviana website.

The training actions “Preparing Monchique for the Walking product” are part of the “Revitalize Monchique – Tourism as a Catalyst” application, approved and financed by Turismo de Portugal, under the RegFin program.

«This project, submitted after the fire that, in 2018, seriously affected the municipalities of Monchique and Silves, is coordinated by the Algarve Tourism Region and jointly promoted by the Algarve Tourism Association, by Almargem – Association for the Defense of Cultural and Environmental Heritage of the Algarve and by the Municipality of Monchique. The planned actions aim to strengthen the attractiveness of Monchique in terms of nature, cultural and creative tourism, strengthening its offer in terms of walking routes and creative experiences, involving local agents and valuing the territory and the local economy", according to association that organizes the action.

Under this project, Associação Almargem has been promoting several initiatives since 2019. It started with a volunteer action for sign paintings in part of sector 10 of GR13 – Via Algarviana, between Picota and Foz dos Barreiros, affected by fire, concluding the works to remove burnt signs and place new signs in sectors 9 and 10 of the Grande Rota in November 2020. The implementation of 5 new walking routes in the municipality of Monchique is also planned, which is intended to be completed during this year.