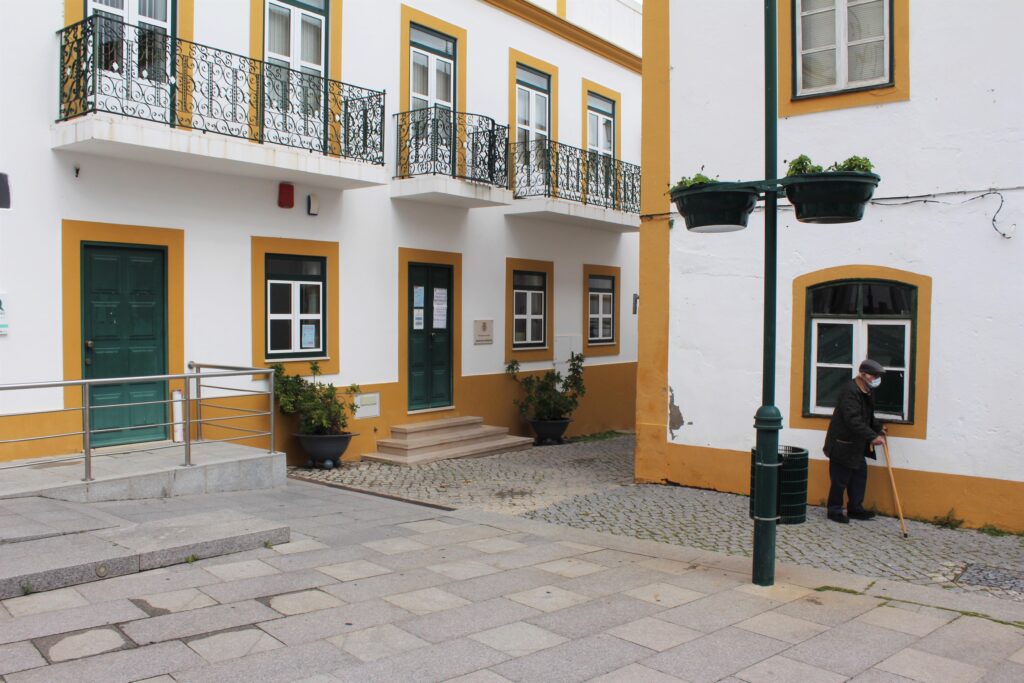 Alcoutim is the only municipality in the Algarve and mainland Portugal that has a very high risk of infection with Covid-19, according to the 19-day update of the cumulative incidence of Covid-14 cases, made this Monday, 22 March, by the Directorate-General for Health.

According to the bulletin, the remaining 15 municipalities in the region are at moderate risk, that is, they had less than 240 new cases per 100 inhabitants between March 3rd and March 16th.

According to the DGS, Alcoutim has an incidence rate of 556 cases per 100 inhabitants, being the only municipality in mainland Portugal that presents a very high risk.

The entry of the Alcoutenejo municipality at this level of risk (480-959,9) was due to the outbreak that arose among workers of a company that is installing solar panels in a mega photovoltaic power plant.

However, you know the Sul Informação, the outbreak shows signs of being under control, taking into account that, in recent days, no new infections have been reported and there are now only 2 cases of Covid-19 active in the county.

The second municipality with the highest incidence rate in the Algarve, in the period reported by the DGS, is Lagoa, which has 127 new cases per 100 inhabitants and enters the level that includes municipalities with an incidence rate between 120 and 239,9.

Olhão (11), Silves (8), Vila do Bispo (19) and Monchique (0), which still do not register new infections, and which again has an incidence of 0 cases per 100 thousand inhabitants, are the municipalities of the Algarve with the lowest risk rate, according to the DGS.

Nationally, the incidence of Covid-19 continues to decline. According to the Risk Matrix, which was updated today, the incidence dropped to 81,3 cases of Covid-19 infection per 100 inhabitants in Portugal (including the autonomous regions). But, taking into account only the mainland territory, the rate decreases to 70,3.

On Friday, the day the previous matrix was published, the incidence was 87,2 and 75,7, respectively.

Get to know all the data for the region and by county, including the evolution in 24 hours, on the interactive map that has just been updated with the new information collected: 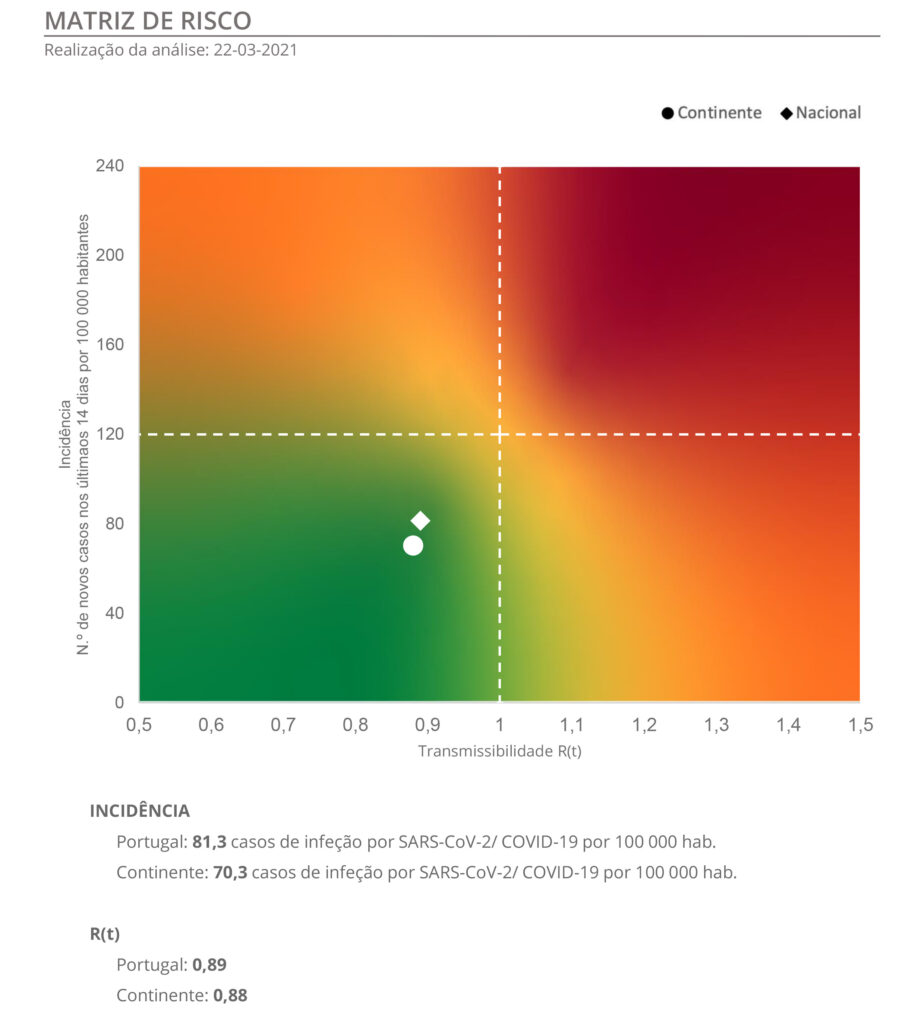 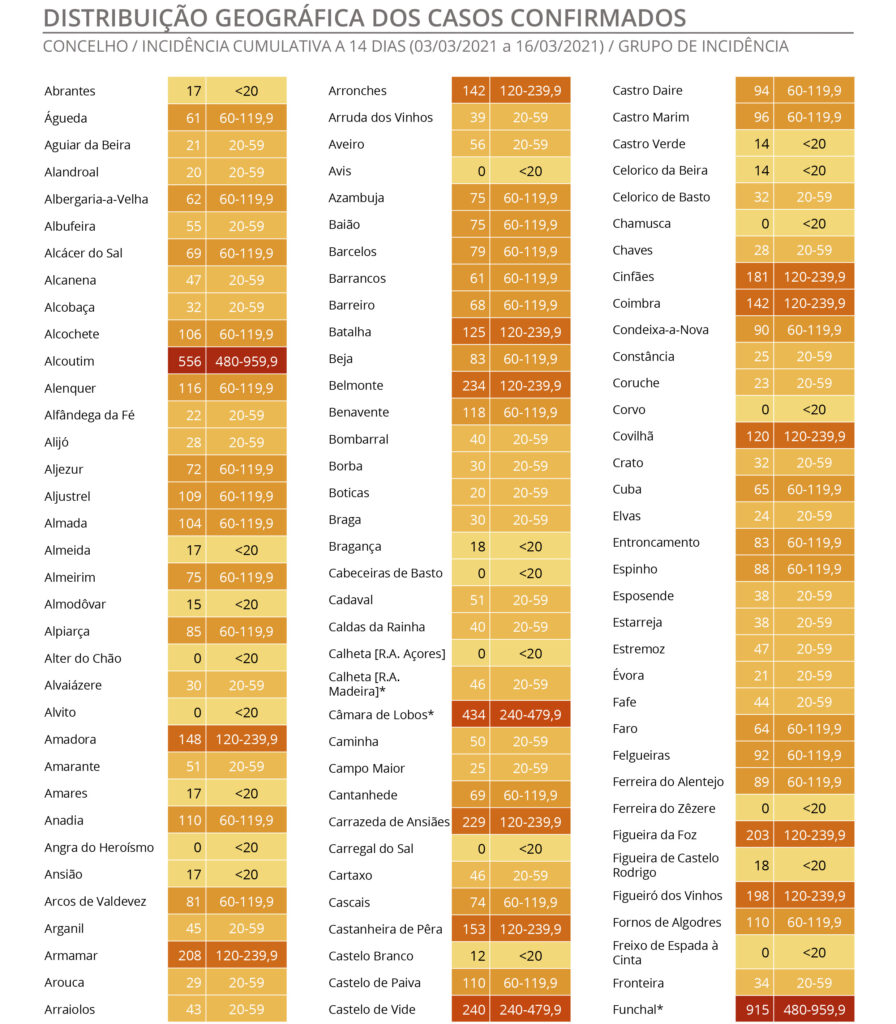 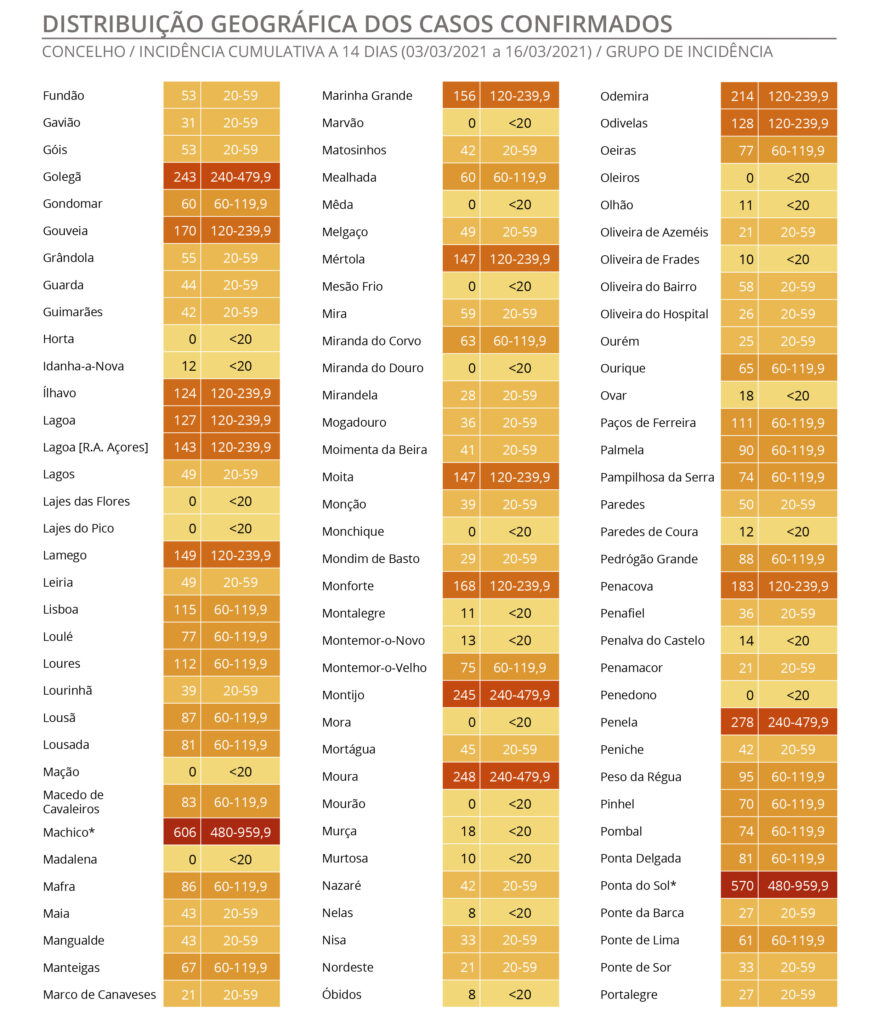 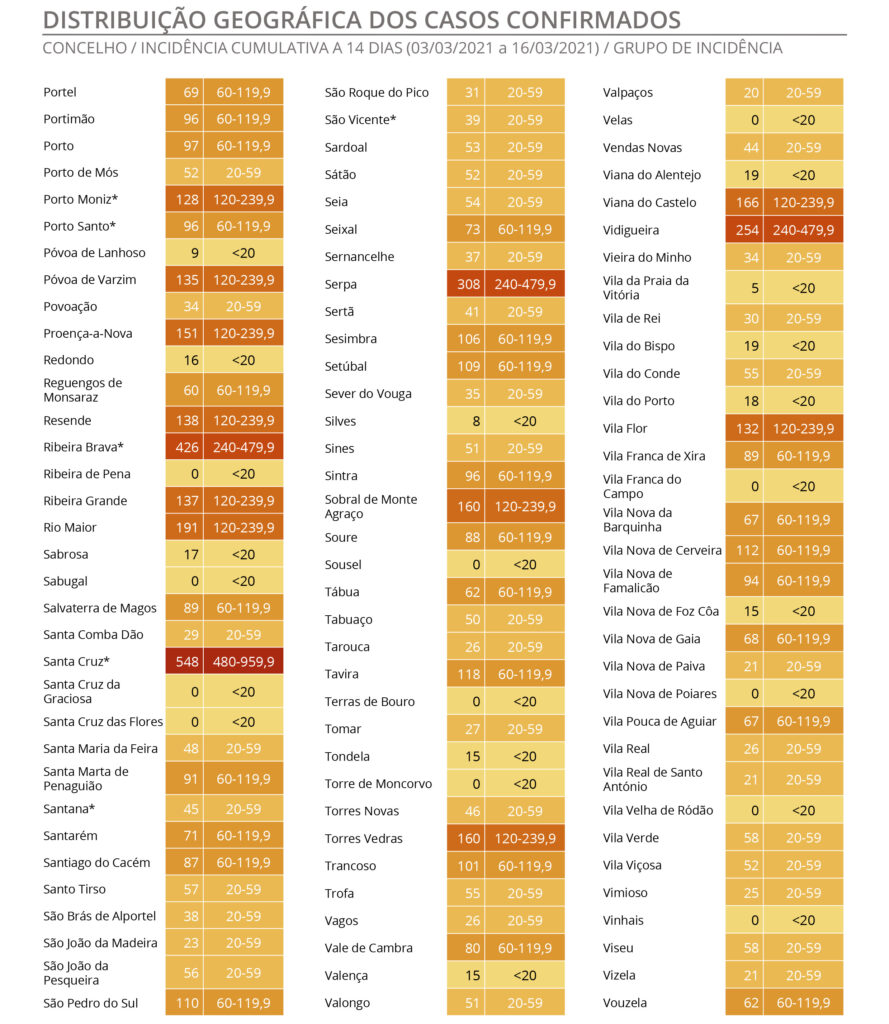