Tennis: Gastão Elias guarantees a place in the semi-finals of the Vale do Lobo Open

Pedro Araújo and Gonçalo Falcão, the other two Portuguese in the competition, were eliminated 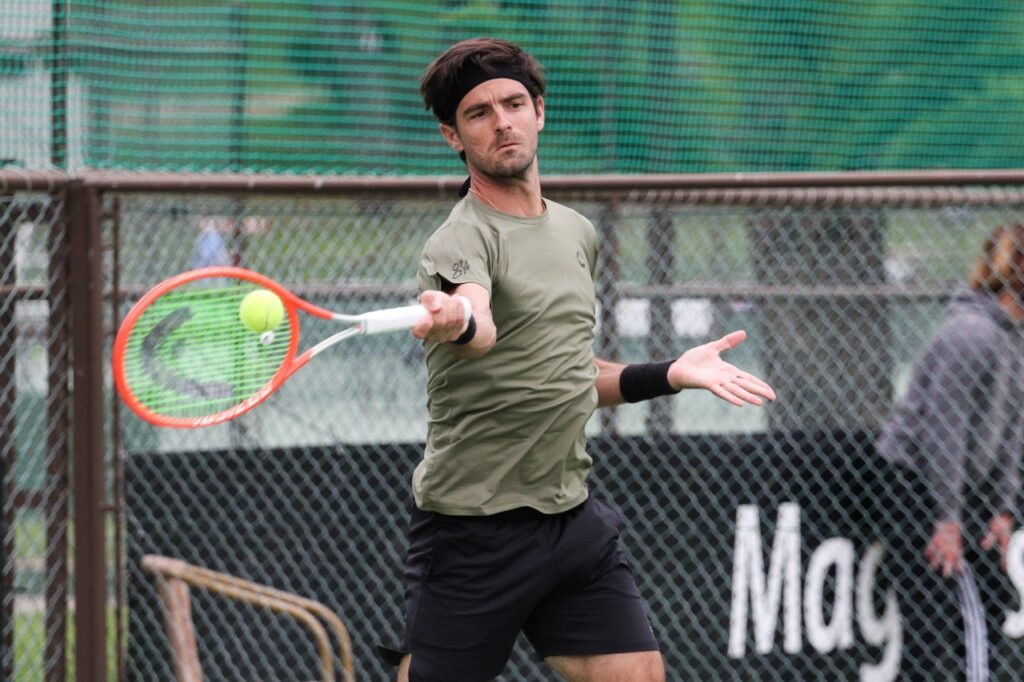 Gastão Elias secured a place in the semi-finals of Vale do Lobo Open Magnesium-K Active, which are disputed today, after beating Slovenian Tomas Lipovsek Puches this Friday.

Yesterday's round was also marked by the elimination of the other two Portuguese in the competition, Pedro Araújo and Gonçalo Falcão.

The Portuguese tennis player (379 in the ATP ranking) beat Puches (616th) 6-2 and 6-4, to stamp his eighth victory of the year – he won the first tournament he played this season, in Vilhena, Spain.

Of the games won this season, seven were in straight sets and yesterday's was also dominated from start to finish by the Portuguese, who only regretted the lack of concentration that cost him the break entry at the start of the second game.

«Despite having made an excellent first set, the second could have been more relaxed. I had a lack of concentration and let the game become more balanced, but overall it was a reasonable performance», said Gastão Elias.

In the semi-finals, Gastão Elias will face Lucas Poullain, number 512 ATP. The Frenchman was responsible for the elimination of the young Pedro Araújo, just 18 years old, in another of the quarter-final matches, which he won 6-4 and 7-6(2).

«I saw the meeting. I didn't know him, but he seemed like a pretty solid player. It was an excellent meeting for Pedro. Poullain plays with a similar speed to my opponent today, so in that sense it won't be much different, but he's a dangerous player because he's consistent and so he misses very little. If you're not careful, it can become very dangerous», warned Elias, who in Vale do Lobo defends the status of seventh seed.

The other singles semi-final will be discussed between two Frenchmen, also among the pre-designated group: Evan Furness (376 ATP and second seed) and Antoine Escoffier (397 ATP and fourth favorite).

For today's journey, the final of pairs is also reserved, which for very little will not have Portuguese representation.
Gonçalo Falcão, along with Tomas Lipovsek Puches, lost to Russian Alen Avidzba and Estonian Kristjan Tamm by 3-6, 6-2 and 10-6. On the other side of the network will be the first serial heads, the French Dan Added and the German Fabian Fallert.

The Vale do Lobo Open Magnesium-K Active is a $25 international tournament that Premier Sports organizes with the support of the Portuguese Tennis Federation.