He didn't see any monsters, but João Rodrigues brought a prize from the bottom of the “sea” from Minde

Although rare, this is a phenomenon that also happens in Nave Barão, in the interior of the municipality of Loulé 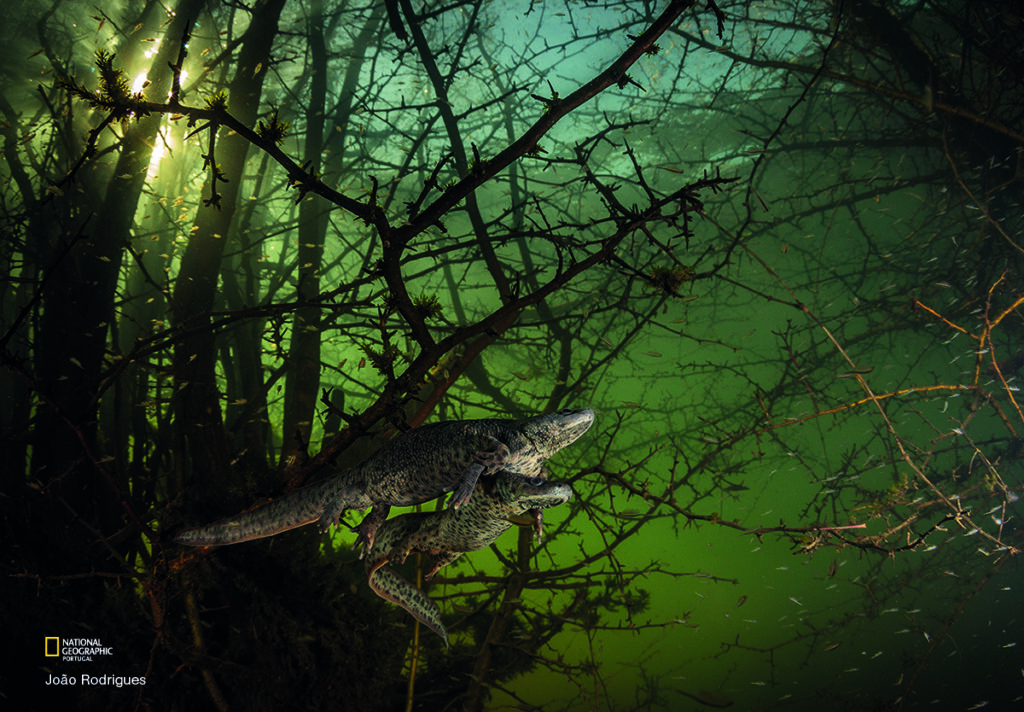 As a child, João Rodrigues heard stories about a place that made him imagine aquatic monsters and almost mythological figures. When he became interested in underwater photography, he decided that he had to dive into the “sea” of Minde, a rare phenomenon that has always fascinated him. It was in January 2020 that he fulfilled a dream that has now made him one of the contest winners “Underwater Photographer of the Year”, the biggest showcase of underwater photography internationally.

Despite living in the Algarve for several years, where he came to study, João Rodrigues has a special affection for Minde.

“It's close to my hometown and my father worked there for many years. It was a place that always fascinated me, where I went since I was young», begins by telling the Sul Informação.

There was, in particular, something that caught his attention.

«It has always been known that, at a certain point, there is a valley there that floods. What happens is that the karst zone of Serra de Aire e Candeeiros has many water tables. In years with high levels of precipitation, the soils begin to saturate and water out. This is how the “sea” of Minde appears, whose most scientific name is Polje de Minde», he reports.

Interestingly, although rare, this is a phenomenon that also happens in Nave do Barão, in the interior of the municipality of Loulé.

Basically, in Minde, «what is a forest becomes a submerged forest, and since I was a kid I've heard stories about what was happening there, imagining things, thinking about aquatic monsters», he says, between laughs.

2020 was the year in which the underwater photographer managed to fulfill his dream of «showing what lies beyond that waterline». The expectations of finding something out of the ordinary weren't great, but the reality surpassed the fiction (this one, the one of the aquatic monsters).

«I went without great expectations – I went more through the vegetation, but it was a spectacle. I wasn't expecting what happened: I was focused on photographing some branches of trees and, suddenly, I saw a black figure – then I noticed that it was a couple of salamanders copulating», he reports.

With a machine in hand, at a depth of about 3 meters, he took the photograph that, in addition to being published in the National Geographic magazine, was one of the winners of the “Underwater Photographer of The Year” contest, in the “Behaviour” (behavior) category. the only Portuguese awarded.

«I confess that seeing our flag there, let's call it that, made me full of pride. I didn't even have high hopes in the category I ended up winning, but more in the “Marine Conservation” part, which is my area», he says.

Still, the truth is that the underwater photographer actually managed to be one of the winners with this image of two salamanders copulating.

For João Rodrigues, the “sea” of Minde deserves to be better known by more people. “It's such a unique thing, but so unknown… Unfortunately, it was once again necessary for an image to go out there for people to be interested in their heritage”, he laments.

It's just that diving in the Polje de Minde, for someone who is so used to doing it in real seas, was like heading "into the unknown".

«At sea, you see corals, reefs and fish. There you feel like you're flying through the trees and, for example, I even found road marks. The water there is greener too. In fact, the setting is a little bit Tim Burton – it's more mystical, but unforgettable», he concludes.