January was hot on the globe and very cold in Portugal

In mainland Portugal, this January was the 4th coldest in the last 20 years 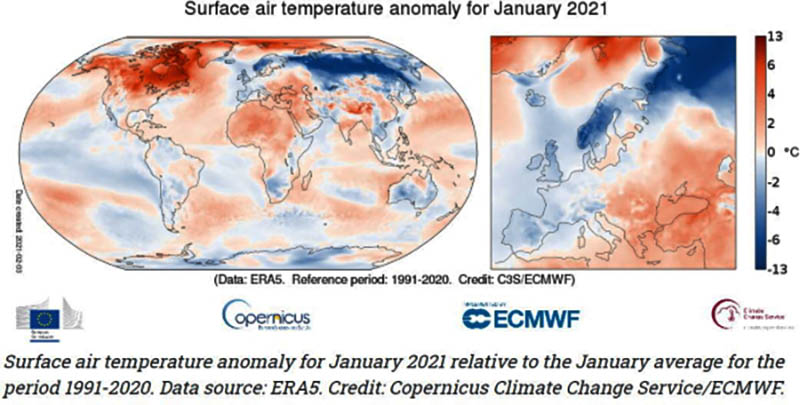 Despite being very cold and dry in mainland Portugal globally, January 2021 was classified as the sixth warmest January (equal to 2018) with an anomaly of +0.24 °C in relation to 1991-2020 average.

In North America, Greenland and over the Arctic Ocean, temperatures were far above average, while in Siberia they were far below average.

The first three weeks of January were extremely cold with maximum and minimum air temperature values ​​lower than the 1971-2000 climatological normal.

This cold weather episode was characterized by its prolonged character (more than 3 weeks), the persistence of several consecutive days with negative temperatures (> 10 consecutive days in 1/3 of the seasons), particularly in the northern and central interior, the discomfort thermal associated with low temperatures (on some days boosted by the intensity of the wind) and territorial coverage, all of these aspects having an importance in the possible impacts that it may have had on the population. 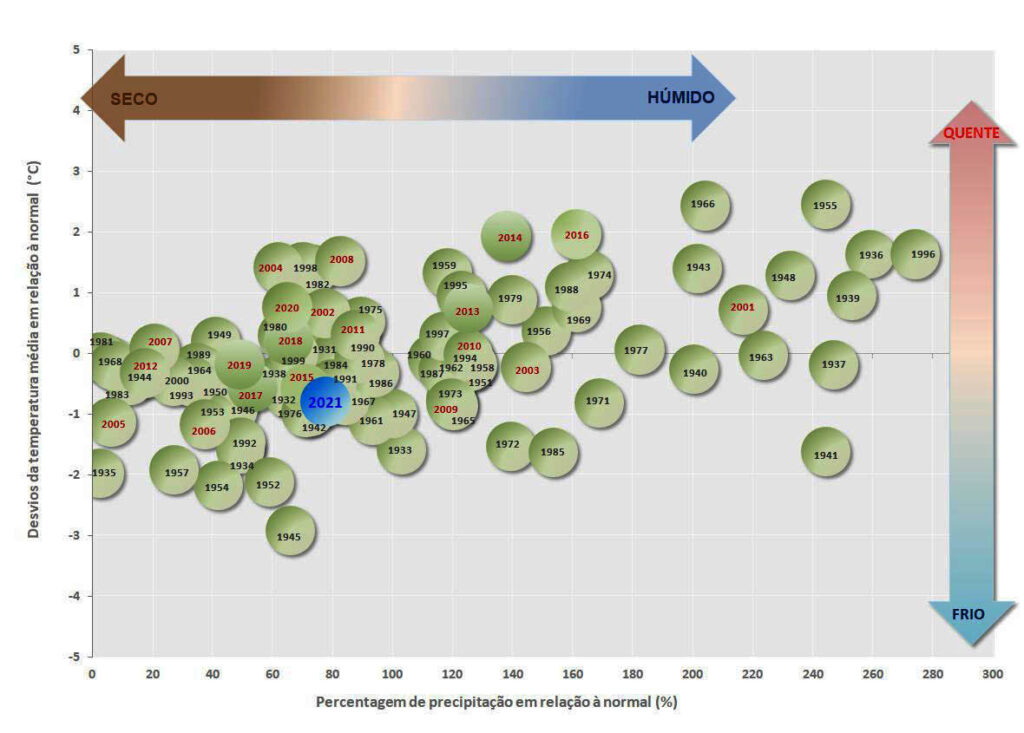 From the 20th, there was an increase in temperature (to values ​​above the normal), having ended the situation of prolonged cold that occurred in mainland Portugal.

The January 2021 climate summary is available for consultation on this link (PDF).

To find out about the January climate bulletin, with the most complete information about the month, wait until it is published and posted on the link: https://bit.ly/3p0J104