It was not yet that Portimonense managed to win in Alvalade, having 18 games and…18 defeats 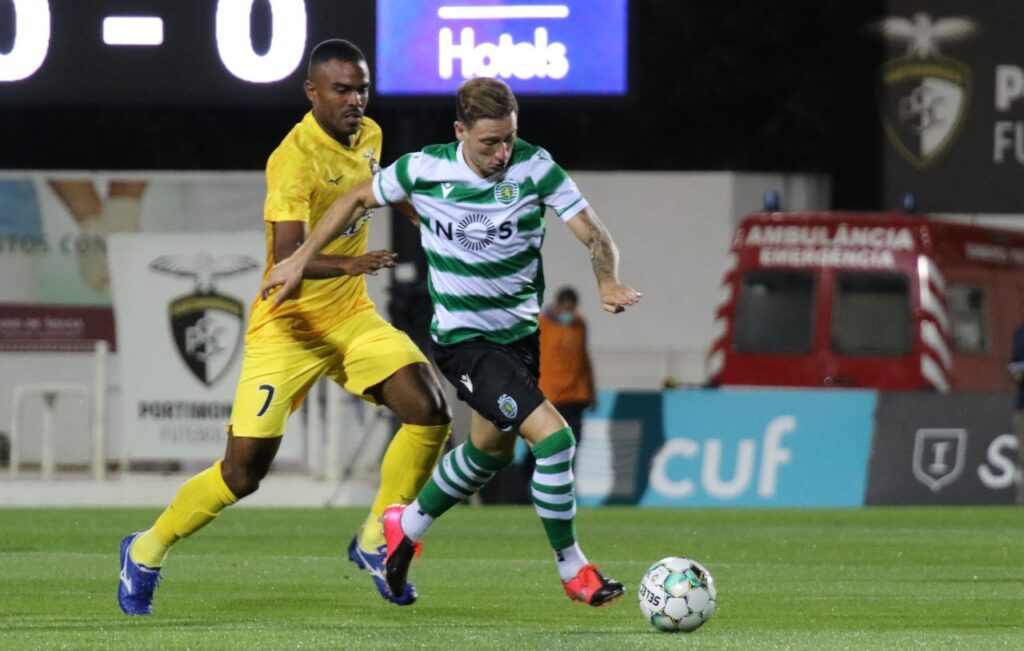 Portimonense lost 2-0 against Sporting, in a game of the 20th round of the 20st Football League, played this Saturday, February XNUMX, at Estádio José de Alvalade. The match was resolved with two goals in four minutes.

Despite playing at the leader's house, Portimonense made a good entry into the game and didn't let Sporting have great opportunities.

Up until the 20th minute, the match was balanced: if, at 9′, Pedro Gonçalves lost a chance, due to poor control of the ball, after a pass from Nuno Santos, at 16′ it was Portimonense who asked for a penalty by Feddal. , but the referee ordered to follow.

Only, in four minutes, everything changed. At 27′, the first goal of the match came. Pot hit a free-kick for the area, Coates deflected it and Feddal, in the second, scored, after a first defense by Samuel.

Shortly thereafter, at 31′, a lack of attention on the part of the Algarvian defense led to Leo's second goal. Lucas made a bad pass, the ball fell to Nuno Santos who ran into the area and shot close to the post, with no chance.

Despite conceding two goals in such a short time, Portimonense knew how to react to setbacks. At minute 33, Henrique ran down the left, crossed and Beto almost scored. After two minutes, the ball even entered Adan's goal, but the move was disallowed for offside by Dener.

In the second part, the first sign of danger was left by Nuno Santos. In the 49th minute, the leonine winger recovered a ball in the attacking midfield, passed it to Nuno Mendes, but, in good position, the young left-back shot wide.

Paulo Sérgio, who returned to Alvalade after coaching Sporting in 2010/2011, brought in Salmani looking to attack more and the truth is that he came close to scoring in the 68th minute, but Willyan's header, after a free-kick, passed through above the bar.

In the other goal, he was the top scorer in the I League to come close to scoring, but Pedro Gonçalves' shot went a little wide.

The Algarvians didn't give up and kept insisting, despite Sporting never having lost control of the operations. In the 72 minute, Adan's exit, at the feet of Salmani, prevented Portimonense's goal, which could give encouragement to what was still missing.

The game ended 2-0 and, with this result, Paulo Sérgio's team follows in 13th place, with 19 points. In the next journey, the Algarve receives the Marítimo, on Sunday, February 28, at 15 pm.