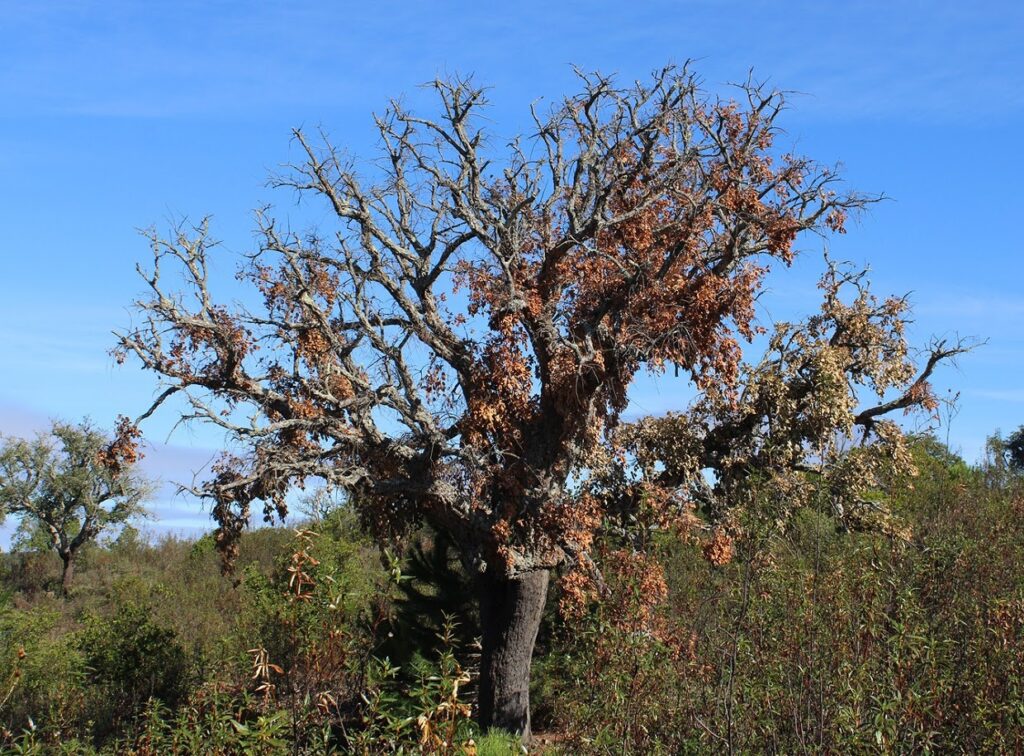 Ana Cristina Coelho, professor and researcher at the Center for Electronics, Optoelectronics and Telecommunications (CEOT) of the University of Algarve, led an investigation into the decline of the cork oak that was recently published in the prestigious journal PLoS ONE.

According to UAlg, "the decline of the cork oak is a reality in the Iberian Peninsula and Algarve producers are among the most affected by this disease."

The study of this phenomenon has focused on several factors that may contribute to the problem, one of the most important being the interaction of the cork oak with the microorganism Phytophthora cinnamomi oomycete, which is found in the soil and invades the roots of trees, causing them to rot.

In a long-term experimental trial, the set of proteins (proteomes) present in the leaves of uninoculated cork oaks and inoculated in the roots with P. Cinnamomi.

"The referenced proteins are potential diagnostic indicators of oomycete infection of the tree, as they are detectable in exposed tissue (leaves), easier to sample in adult trees than the roots, which are the organ most affected by the action of the microorganism », says UAlg.

“The published data contribute to the biological interpretation of the cork oak's defense response to the pathogen and lay the foundations for a better characterization of cork oak decline, which is essential for the sustainability of cork oak and holm oak ecosystems. The University of Algarve thus contributes to the regional development strategy, which has an important pillar in the agroforestry sector”, he adds.

The work included the participation of researchers from CEOT, the Center for Marine Sciences (CCMAR), the Center for Neurosciences and Cell Biology (CNC) and the Institute for Interdisciplinary Research of the University of Coimbra (IIIUC).

For Professor Ana Cristina Coelho, these conclusions are of paramount importance because they open perspectives for answering questions related to the vitality and maintenance of cork oaks/montados, which are forest ecosystems of great biological and economic importance.