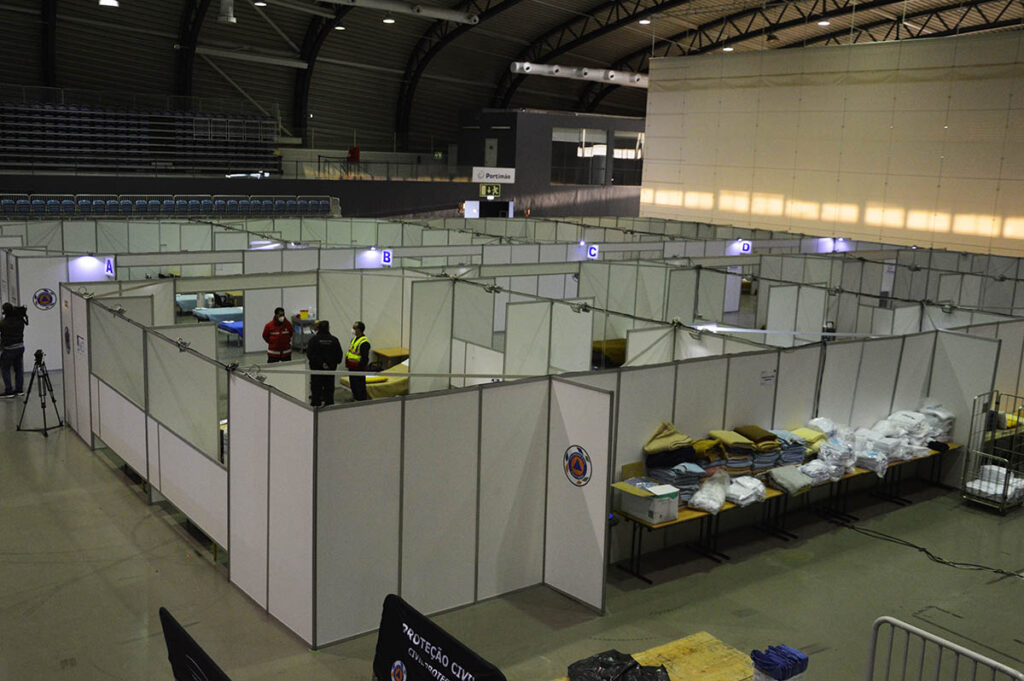 Hospitals in the Algarve dropped this Monday from phase 4 to phase 3 of the contingency plan, after the occupancy rate in Covid-19 wards had decreased «to 60%» in the last week and a half. In practice, this means that the field hospital is no longer needed and "has been deactivated", he told the Sul Informação Ana Castro.

According to the chairman of the Board of Directors of the Hospital Center of the Algarve (CHUA), the decision to deactivate the field hospital, installed in Portimão Arena and which operated since January 10th, was taken “during the weekend” and already in a scenario where hospitals in the region had criteria to go down from the highest level of resource mobilization to the second highest.

"Already on Friday we had an occupancy of the Covid wards of less than 80%, but we decided to wait for the weekend to confirm the downward trend."

This decrease in the number of hospitalized people, in the Algarve, but also throughout the country, led to the decision today to go down to Phase 3, «which is good news», and deactivate the field hospital.

Even so, said Ana Castro, the Portimão City Council decided not to dismantle the structure that exists in Portimão Arena, which means that, "if necessary – and we hope it is not – everything can be operational again in 24 hours" .

During the month or so in which it was in operation, this field hospital received 170 patients, 105 of which came from other regions, which led Ana Castro to take an “extremely positive” assessment of her activity.

Between January 10 and last Wednesday, 126 patients were discharged and 22 were transferred to one of the Hospital Units of CHUA. On the other hand, there were 22 deaths of patients in this unit located in Portimão Arena.