Good performance by Portimonense was not enough to score in Braga 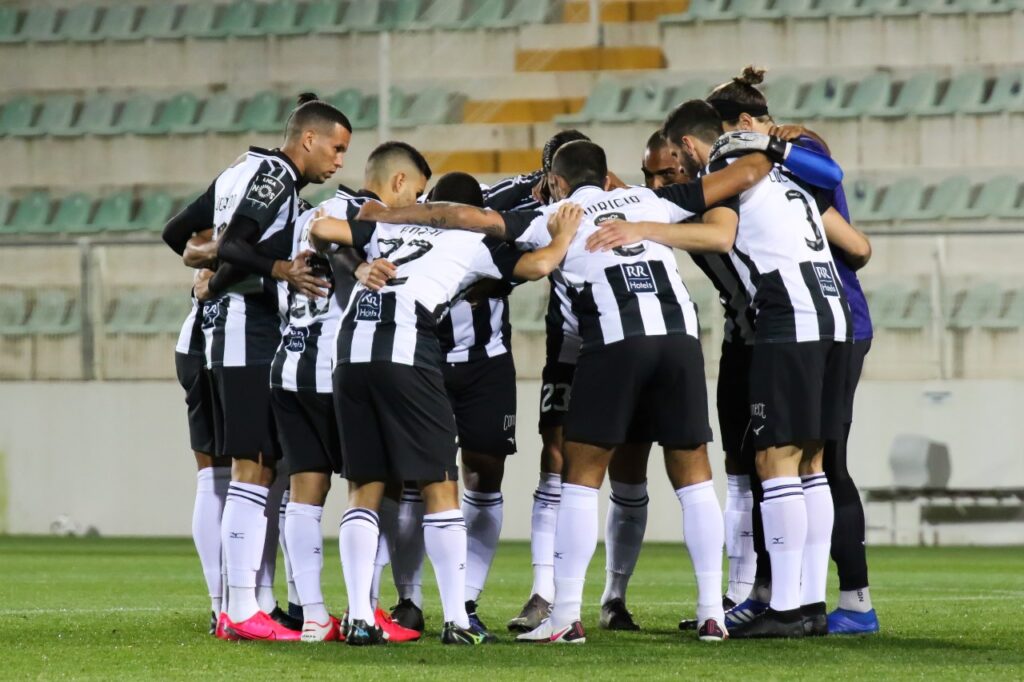 Portimonense lost 2-1 against Sporting de Braga in the 17th round of the I League of football, played this Thursday, February 4th, at Estádio Municipal de Braga. Paulo Sérgio's team had a good performance, was winning, but couldn't hold the advantage.

The Algarvians knew that, in theory, they didn't have an easy task in the 3rd place terrain. Still, the truth is that they demonstrated, throughout the first part, a great foresight in all actions.

The first sign of danger was given by Portimonense, but Beto's header went a little too far (9′). Just five minutes later, the Alvinegros forward broke the mark, but when he was already isolated, he barely controlled the ball and lost a potential goal.

But the move was tailored to work: it was a move by Beto, in the back of Braga's defense, that the first goal came. Henrique was the one who made the pass, Beto beat Rolando, ran to the area and crossed to Boa Morte, who only had to pull over for the goal. Twenty-four minutes had been played and Portimonense was going by surprise in Pedreira.

Braga balanced the match, appeared more often in attack and could have tied in the 33rd minute, but Ricardo Horta couldn't give the best response to Esgaio's cross (33′).

In the other goal, Rolando once again showed weaknesses as he let himself be overtaken by Luquinhas. If it weren't for Matheus the make the stain and Beto had done the second (39′).

Despite continuing to manage the game without major problems, Portimonense ended up allowing the tie in the second half. Lucas Piazon, reinforcement of Braga de Carvalhal, had space at the edge of the area, shot and the ball only stopped in the back of the net. A great goal that made it 1-1 on the scoreboard, in the 62nd minute.

And the truth is that the Braga team actually took the lead minutes later. The referee punished Lucas Possignolo's foul on Ricardo Horta and the Portuguese international, called to convert, did not miss (73′).

The Algarvians finished the game looking for a draw, pushing Sporting de Braga to their defence, but failed to score. The best opportunity came at 89′, with Lucas Taglapietra failing to shoot into the back of the net, after a confused move inside the area.

With this result, Portimonense has the same 15 points and maintains the 14th position, above the waterline. In the next round, the Algarve will visit Paços de Ferreira (February 9th).