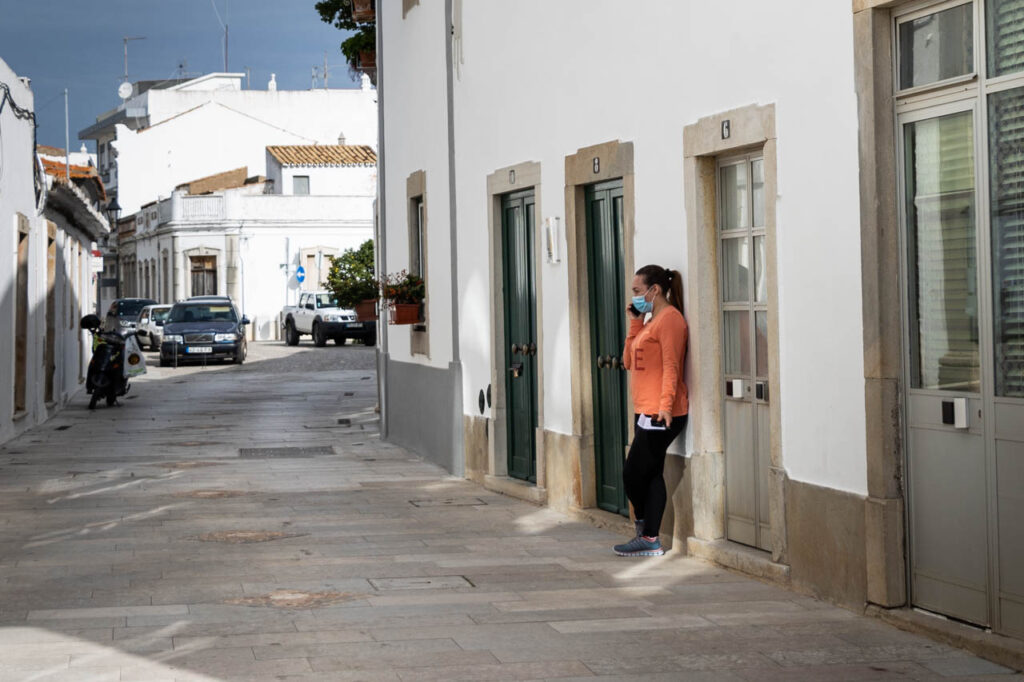 14 municipalities in the Algarve have a very high or extremely high risk of contagion, according to the 19-day update of the cumulative incidence of cases of Covid-14, made this Monday, February 8, by the Directorate-General for Health ( DGS). According to the bulletin, which compiles data between January 20th and February 2nd, only Aljezur and Vila do Bispo are at moderate risk in the Algarve, that is, they have less than 240 new cases per 100 inhabitants.

According to the DGS, the municipality of Castro Marim is the one with the highest incidence of contagion, with 2517 cases per 100 inhabitants. This is followed by Vila Real de Santo António, with 2101, and Loulé, with 1330.

Regarding the latest DGS update, the municipalities of Monchique entered this group, which has seen the number of cases increase in recent weeks due to the outbreak in the Lar da Santa Casa da Misericórdia, and also the municipality of Alcoutim.

Albufeira and Tavira were the most recent entries in this list, since last week they appeared as extremely high risk councils.

The Algarve does not have any municipality considered to be of high risk, but it does have two municipalities with moderate risk.

Aljezur is the municipality in the Algarve with the lowest incidence of cases per 100 inhabitants, with 125 infections, an even lower rate than the last update, which had been 197.

This weekly update served as a reference for the elaboration of the list of councils at risk, and which were subject to stricter rules, something that stopped happening with the general confinement in force since January 15th.

According to the latest epidemiological bulletin from the DGS, this Monday, the Algarve recorded another 61 cases of Covid-19 and 4 deaths. 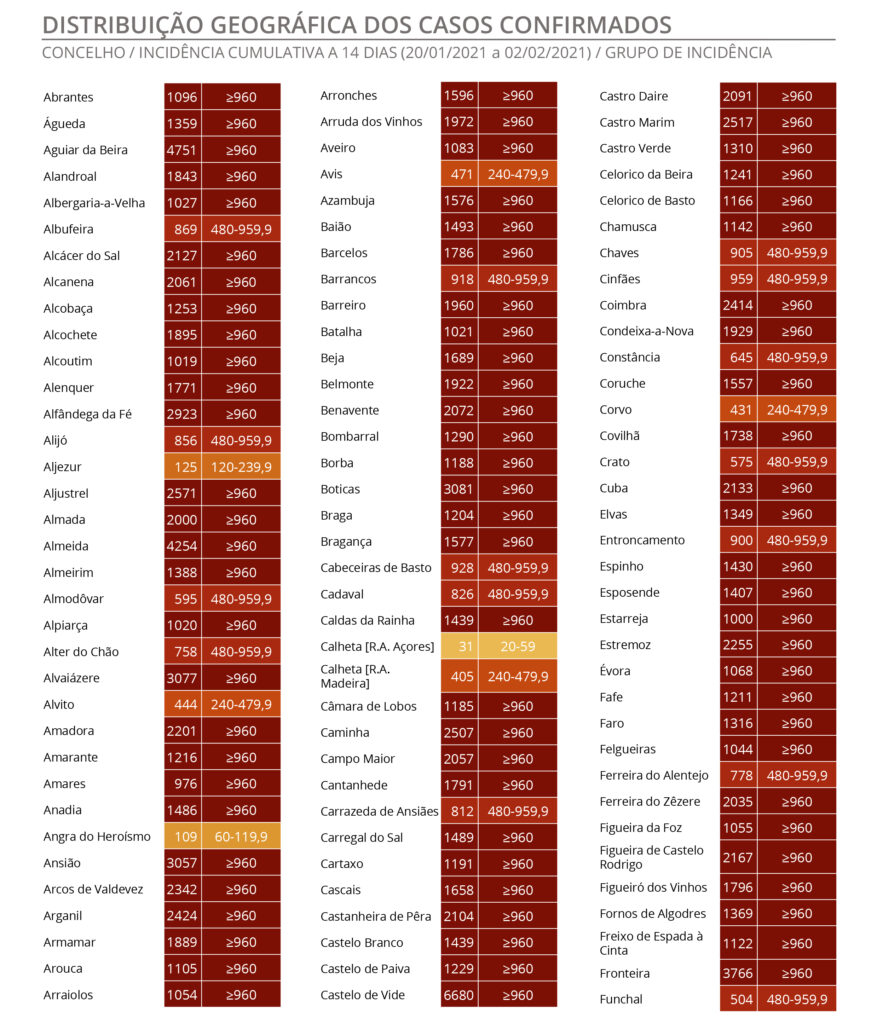 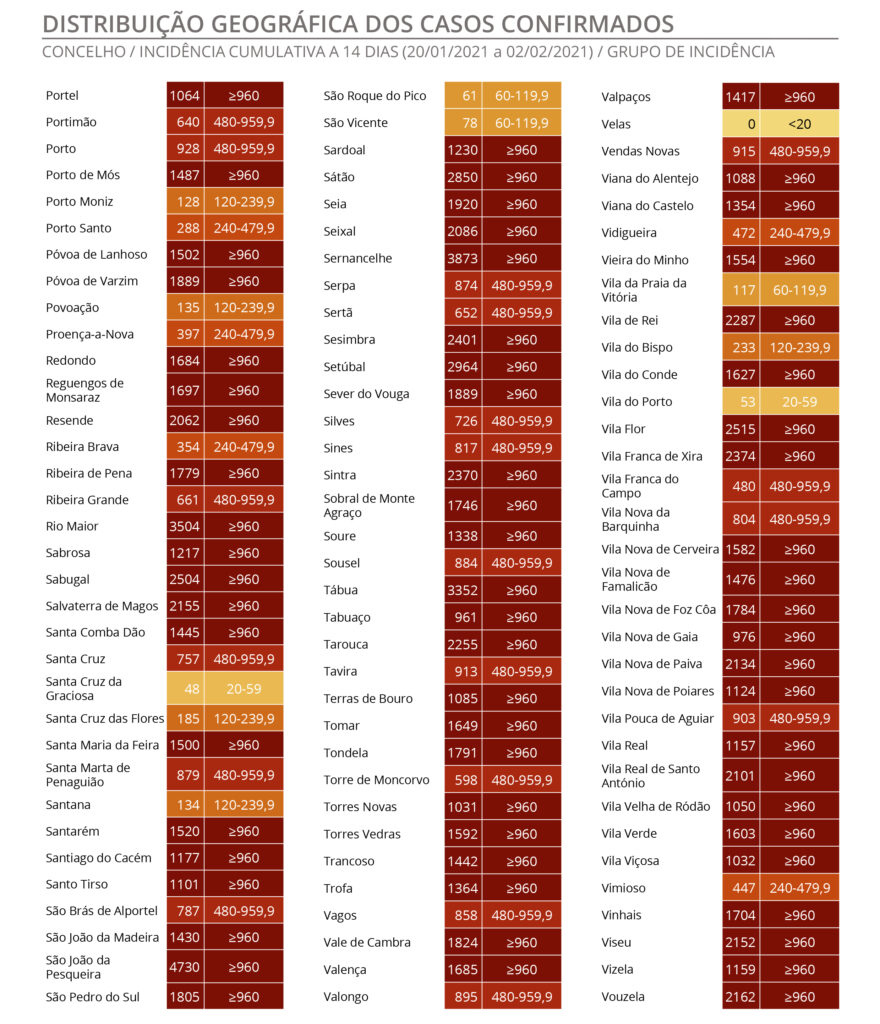 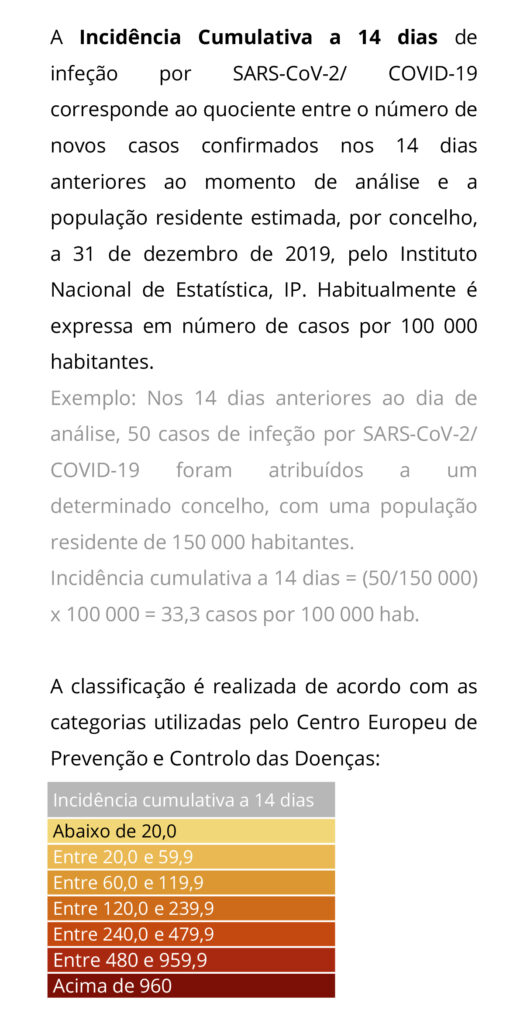