«We want to show that Farense is a I League club» 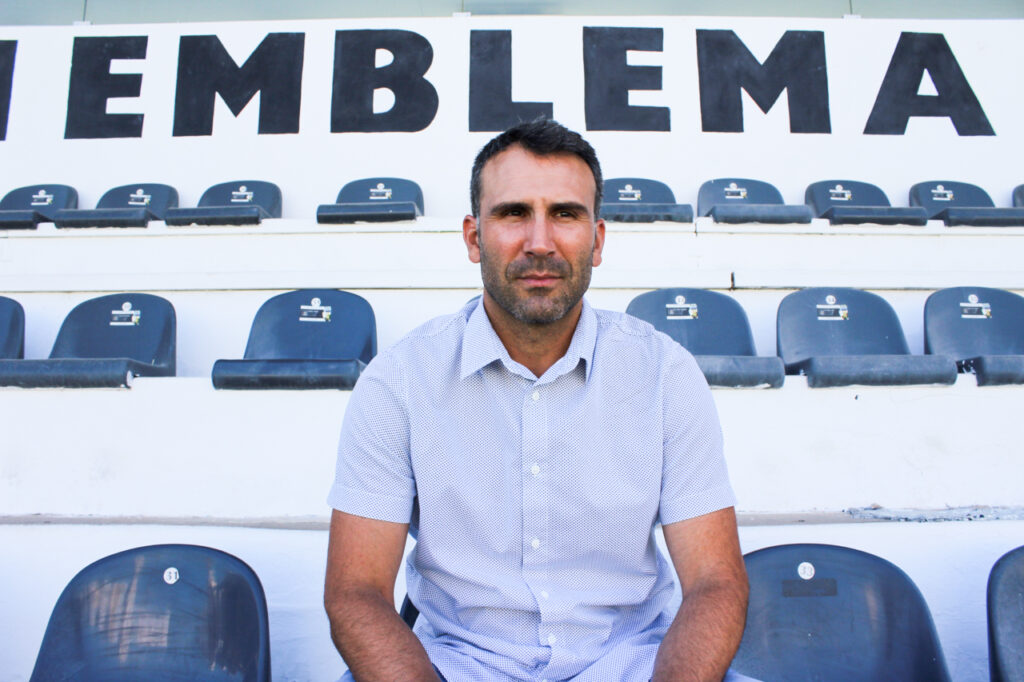 Farense is back in the top flight of Portuguese football, 18 years later, and leaves with the aim of showing that "it's a I League club." Coach Sérgio Vieira says that.

At a time when the pre-season is underway, the coach of the Algarve gave an interview to Sul Informação, where he did not hide that Farense's main goal for the coming season is "permanence".

"We want to show that Farense is a XNUMXst League club and that, for that, it has to be constantly in the elite and not oscillate, as has happened throughout history, between the XNUMXst and XNUMXnd Leagues," he said.

The objective is to «stabilize the club» in the top echelon of Portuguese football, which, even so, is not easy.

"It's going to be very difficult, in a very competitive league, with teams that have been in the I League for a long time, others that have prepared for it and still some with strong investment," said the 37-year-old coach, who will serve his second season to in front of Farense.

The secret to achieving the so-desired maintenance is “help from everyone”. «With a strong work spirit, we believe that we will achieve or, who knows, even surpass this goal», considered Sérgio Vieira.

The calendar of professional competitions, known last Friday, 28 August, dictated that Farense will start the championship at Moreirense's home. It will be a return of Sérgio Vieira to Moreira de Cónegos, the club where he debuted in the I Liga, in the 2017/2018 season.

“The attitude is always the same: from playing to win. In a natural way, the less positive aspect is the fact that we are already making a huge trip to the North, on the first day, but we will have to do them», he considered.

Speaking of a “gradual integration of reinforcements, always growing”, Sérgio Vieira also guaranteed that the squad “is still open”.

“In defense we have one or two positions that we have to review. Also for the attack we have to reflect. This is, above all, a moment of reflection and evaluation so that, in the first day, we are minimally prepared to dispute the objective at stake and continue this process until the market closes», said Sérgio Vieira.

“There may also be exits. This is a process of constant reflection on both sides, the athletes and the club», he added.

For the rest, the preparation for the new season has had "a little more difficulties" than last year.

«The club is structurally preparing itself for the elite of Portuguese football and many works are being carried out, including lighting, lawns, benches, the academy. In the future, this will bring numerous advantages, but, in the present, we have to overcome, for example, not having São Luís to train», lamented the coach.

For this reason, Farense has been «constantly with his house on his back», with training sessions in São Brás de Alportel or at Estádio Algarve.

“This is a little more negative factor, but it will be a step back to take two forwards. It will not be an obstacle for the next season. Just like last year, we hope to have the ability to excel. Our president João Rodrigues is, together with the entire structure, making every effort to give us other working conditions, other spaces to train and overcome difficulties», he concluded.

Farense's first home game will be on the second round, scheduled for the weekend of 27 September, against Nacional, but there could be an obstacle…the pitch of São Luís.

“It's an open process. The only guarantee is that our president is doing his best to get us to play at home, because that's very important. Here, in the mythical São Luís, we have our soul and our spirit and the president will do everything to make that happen. If it doesn't happen on the second round, let it happen on the following ones», concluded the coach.