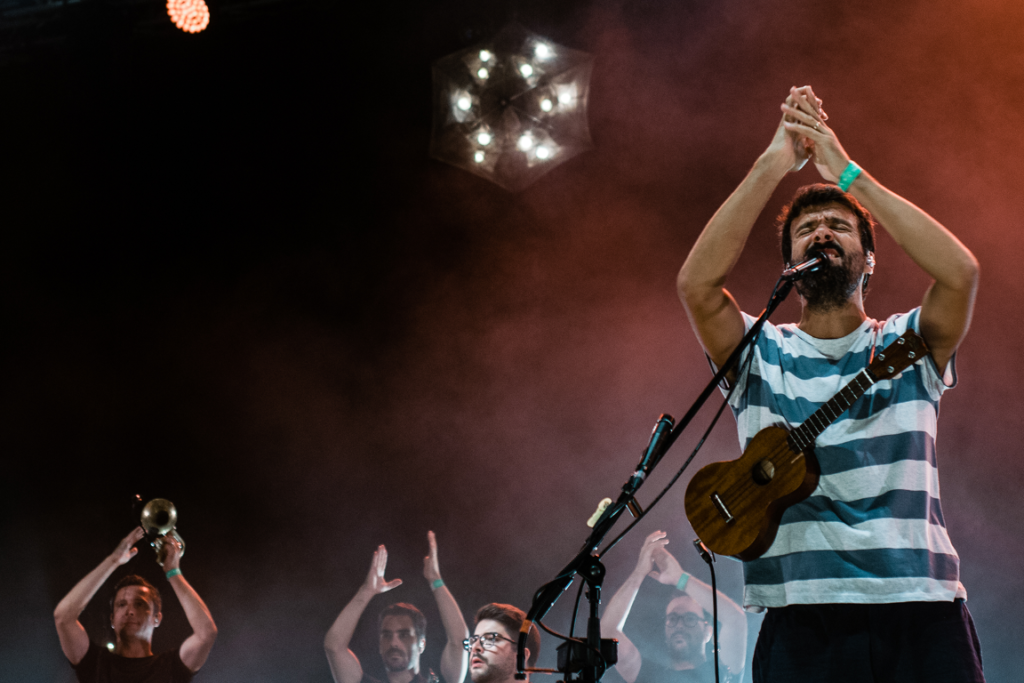 The F Nights return this Thursday, September 10, for the last week of shows and, until Sunday, there will be Salvador Martinha, Bárbara Tinoco, Tiago Nacarato, Piruka and Miguel Araújo.

Today, the 10th, the public receives the comedian Salvador Martinha, with a show that precedes the presentation of “Ar Livre” in October, at the Coliseu de Lisboa.

On Friday, the 11th, Tiago Nacarato and Bárbara Tinoco, who recently received the distinction of 'Revelation Artist' at the Play – Portuguese Music Awards, took to the stage.

On Saturday, Piruka's rap will animate the Nights F. Everything will end on Sunday with Miguel Araújo.

The F Nights, which celebrate the F Festival, given the impossibility of holding it, total 20 shows, with reduced seating capacity and respecting all the norms imposed by the General Directorate of Health (DGS).

The F Nights, which celebrate the F Festival, given the impossibility of its realization, total 20 shows, with seating capacity and reduced capacity, and respecting all the norms imposed by the General Directorate of Health (DGS).

At each show, all attendees are asked to disinfect their hands, use a mask while staying in the venue and remaining in the venue. The temperature is measured for all people entering the enclosure. The consumption of bar products by the public is done using a QR Code, with delivery of the order on the spot; payment for bar consumption can only be made by MB Way, ATM card or credit card.

The use of the WC must be signaled to the service assistants. At the end of the show, the audience is asked to stay in place and wait for the room assistants to indicate their departure. All rules can be consulted. here

The media partners Rádio Comercial and TVI have, in recent years, taken the Festival F to those who cannot travel to Vila Adentro, in Faro, through the permanent coverage of everything that happens in these 3 days of the biggest festival of Portuguese music and culture.