Mosaic of the Ocean God Faro. Now, «it belongs to all the Portuguese» 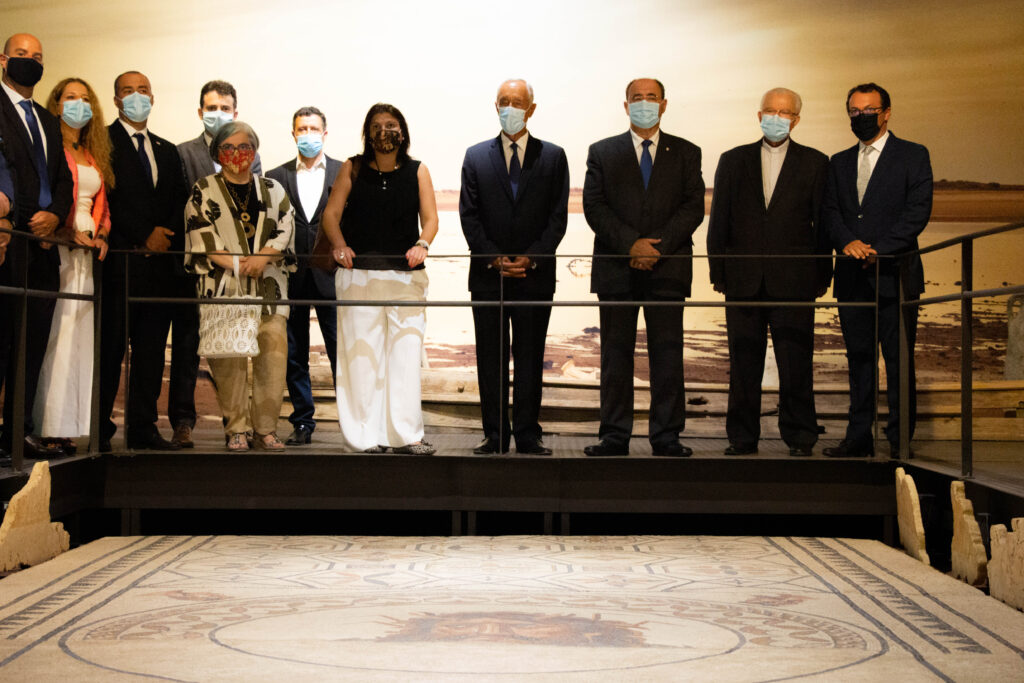 The day when the Roman mosaic of the Ocean God officially became "of all the Portuguese" was a long-awaited moment, "as relevant" as May 3, 2018, when Faro saw this piece recognized as a National Treasure.

Marcelo Rebelo de Sousa was yesterday, Monday, at the Municipal Museum of Faro to unveil the National Treasure plaque of this archaeological find, which is today the ex-libris of this museum space.

This is, as the distinction indicates, one of the Algarve's greatest assets – it was, moreover, the first National Treasure recognized in the region.

An occasion marked with pomp and circumstance, or this visit had been awaited for more than two years. The coming of the President of the Republic to Faro, to unveil the mosaic plaque of the God Ocean, was, moreover, scheduled for August 2018, but the great fire that occurred that month, in Monchique and Silves, led to the postponement of the visit.

The opportunity to "close the cycle" has now arisen, noted Rogério Bacalhau, the mayor of Faro.

It's that, guaranteed the mayor, «for all those who make this Museum come alive, for its director, for the employees who are here in the fulfillment of another day of work, for all the men and women of culture in the Algarve, this day August 31 is as relevant as that day in 2018 when the news hit the radio and newspapers».

The process that culminated in the recognition of the mosaic of the Ocean God as a National Treasure it began «8 years ago, with the restoration of the piece, followed by the adaptation of the exhibition room, achieved by the Museum's employees and with the generous contribution of some patrons».

Later, the Museum team, led by Marco Lopes, the host of the ceremony and who recalled the history of the mosaic, submitted an application «to obtain the classification by the Ministry of Culture and the publication of the catalogue», which ended up being approved.

«And today, the President of the Republic came to Faro and the plate is unlocked. The cycle has closed. The National Treasure that can be seen there is no longer the Museum or the municipality. It belongs to all Portuguese», he said.

The President of the Republic, representing all the Portuguese, considered, for his part, that the recognition as National Treasure of the mosaic of the God Ocean «is a step of the greatest significance» and an example «of what is the expression of the ecumenical spirit, of the cosmopolitanism, openness, tolerance, connection to the seas and oceans, to the discovery of new horizons' associated with Faro since the first occupations of this territory.

Also present at the ceremony was Ângela Ferreira, Assistant Secretary of State and Cultural Heritage, whom Rogério Bacalhau thanked for «all the support given to the Museum team in achieving this result», extending his thanks to another member of the Government , José Apolinário, who was also president of the Chamber of Faro.

Ângela Ferreira has no doubts that the National Treasures have helped the recovery in the area of ​​culture, namely the activity of Museums, monuments and other cultural spaces.

"We want everyone to know about our National Treasures, which are not only in Lisbon and in the big cities, but also in the Algarve and spread throughout the country", said the official to the Sul Informação.

Adriana Nogueira, Regional Director of Culture of the Algarve, does not hide that «it is a great pride for the Algarve» to have this piece recognized nationally.

Although there are already three National Treasures in the Algarve – «we also have the Acts of the Vereação de Loulé and the cannons of Portimão» – the mosaic of the ocean god was the first to receive this distinction.

«The Regional Directorate of Culture also worked hard to obtain this recognition, although I was not here at the time», explained Adriana Nogueira to Sul Informação.

In the end, the award was decided "unanimously" by the Section of Museums, Conservation and Restoration and Cultural Heritage (SMUCRI) of the National Council of Culture, which means that "everyone considered this mosaic to be very important" .

The mosaics, in the Algarve – and there are several in Milreu, too – are all from a school originally from Tunisia, which are very perfect. In this country, there are very similar representations of the Ocean God and other gods.

“Sometimes we see mosaics in other parts of the country that are beautiful, but a little less elaborate. These are, in fact, very good, with great quality, with an excellent choice of colors», illustrated the Regional Director of Culture.

This makes Ossónoba's mosaic of the Ocean God “a unique piece. And have you ever seen what it was like to enter a building and be able to step on such a work of art? The Romans, in fact, had very good things!». 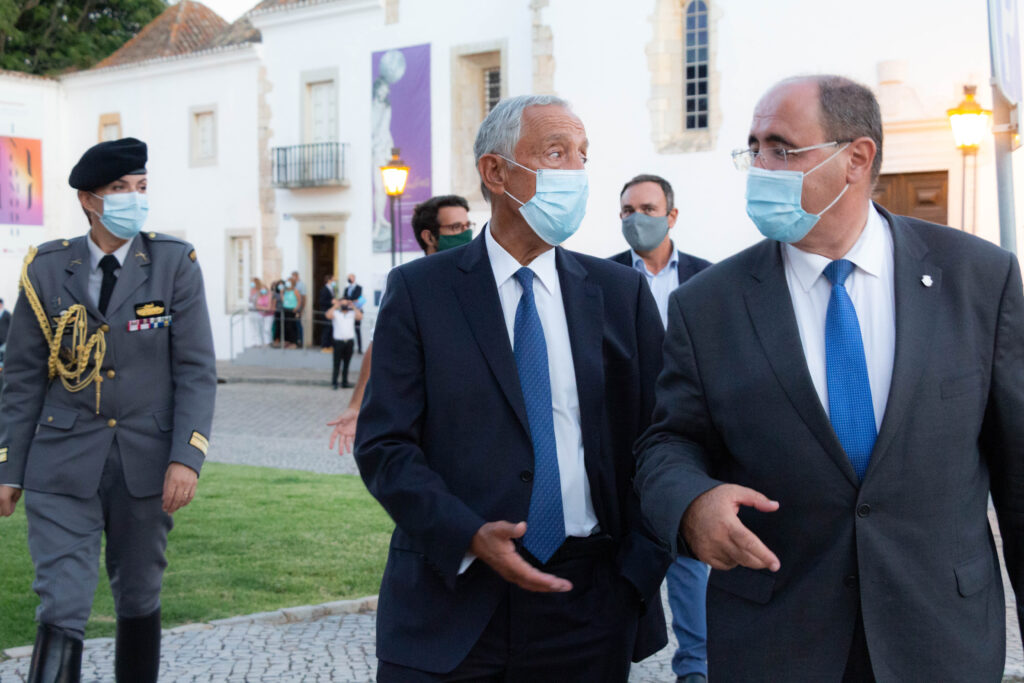 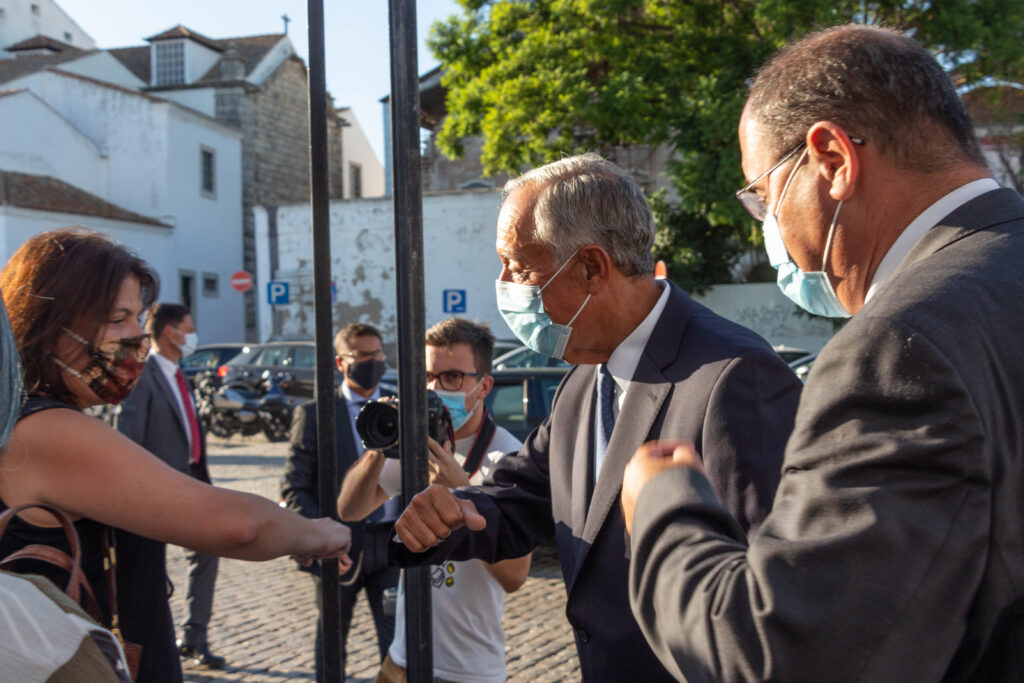 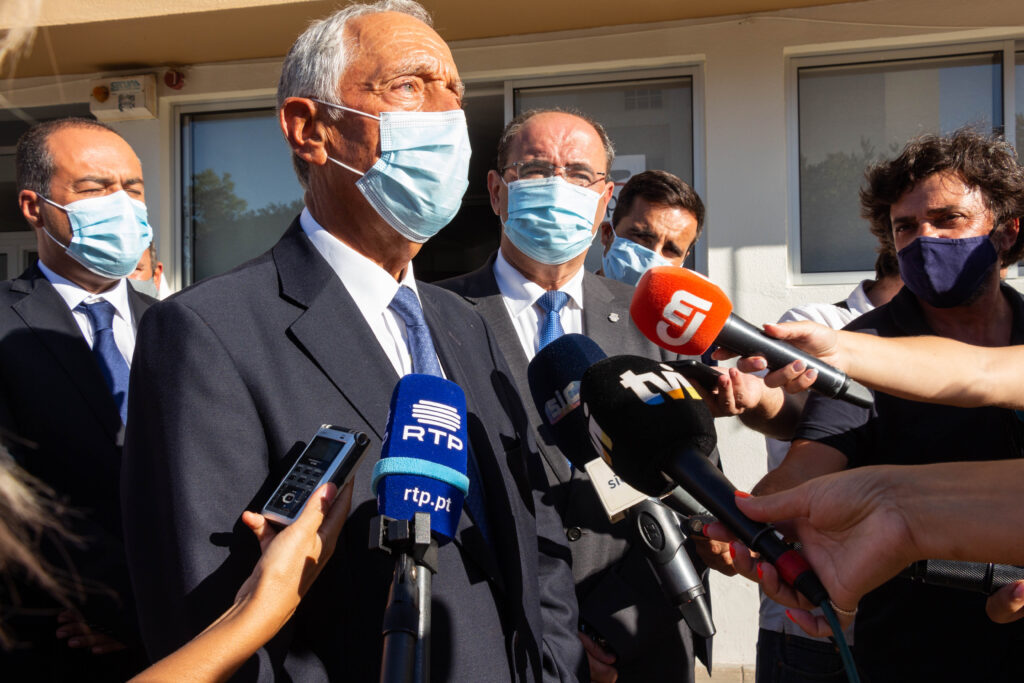 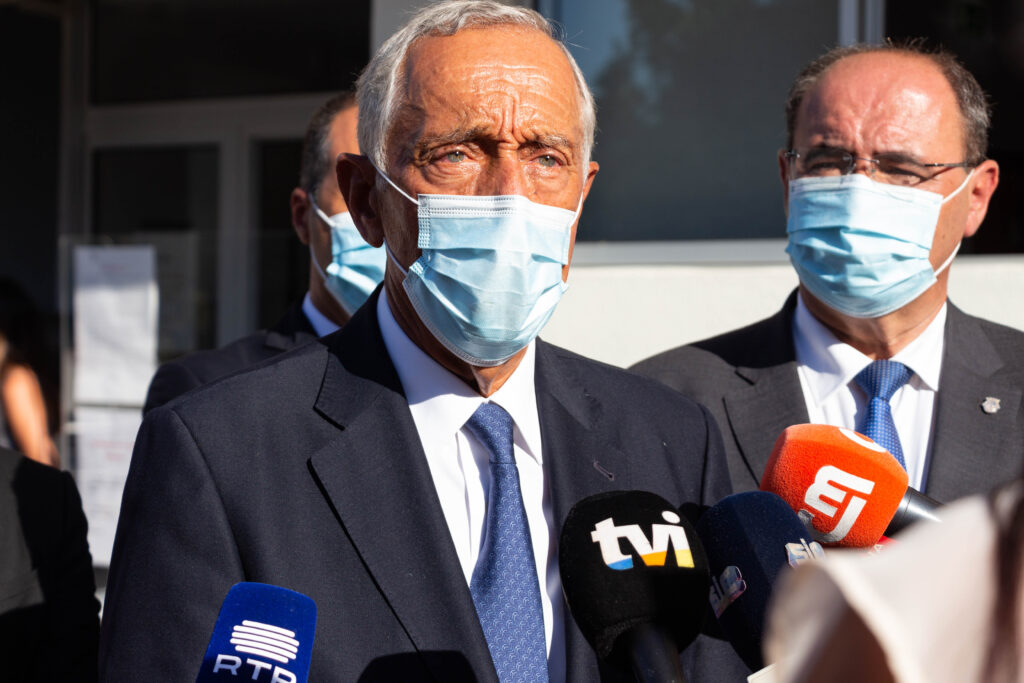 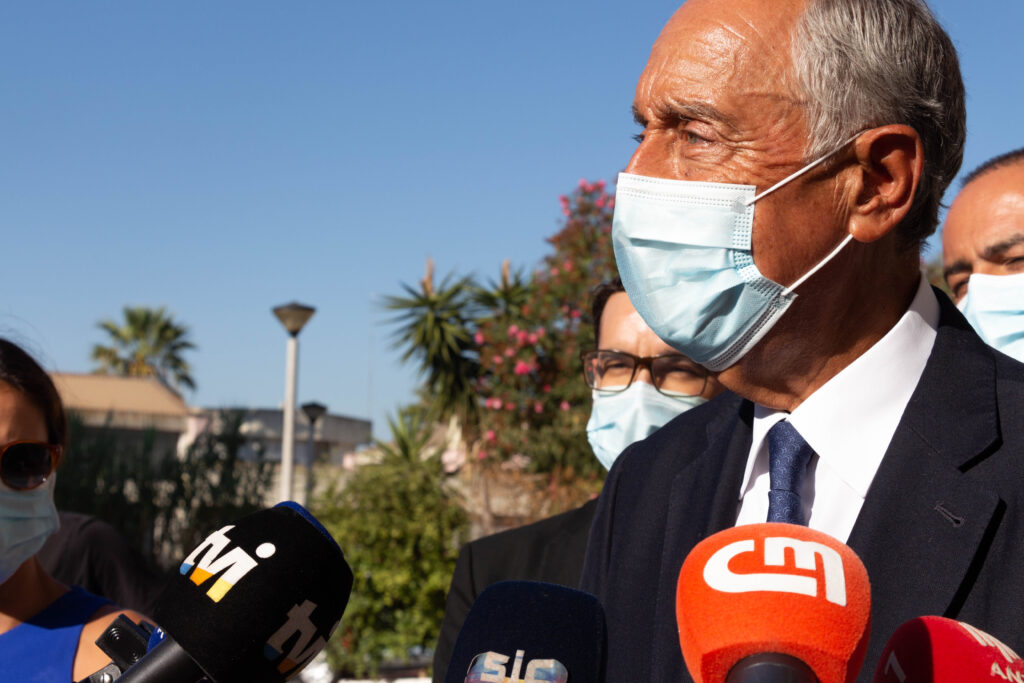 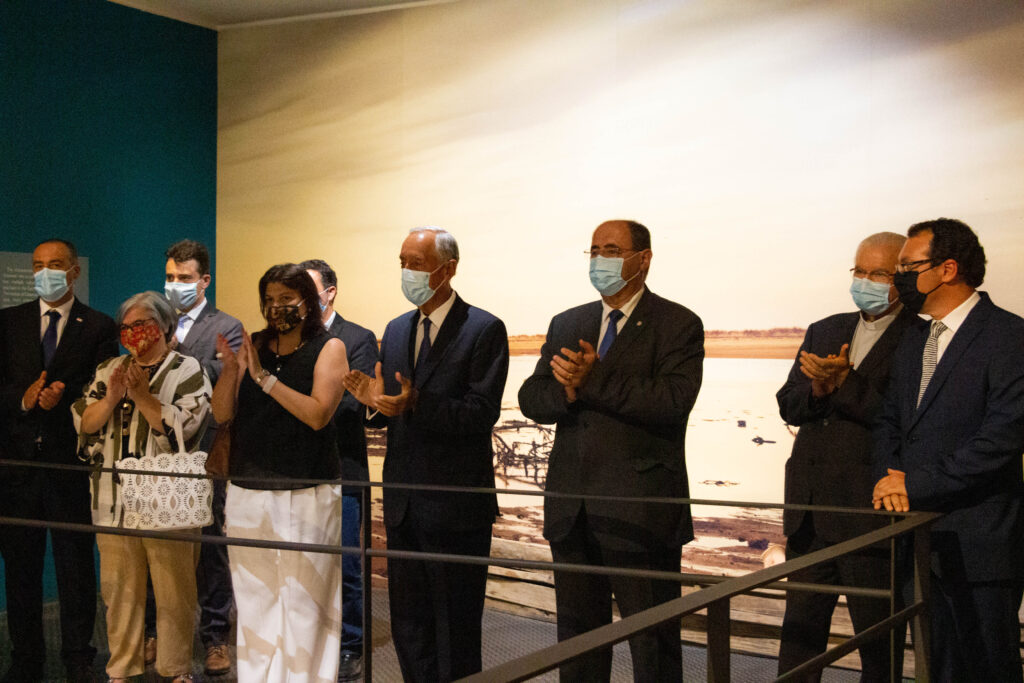 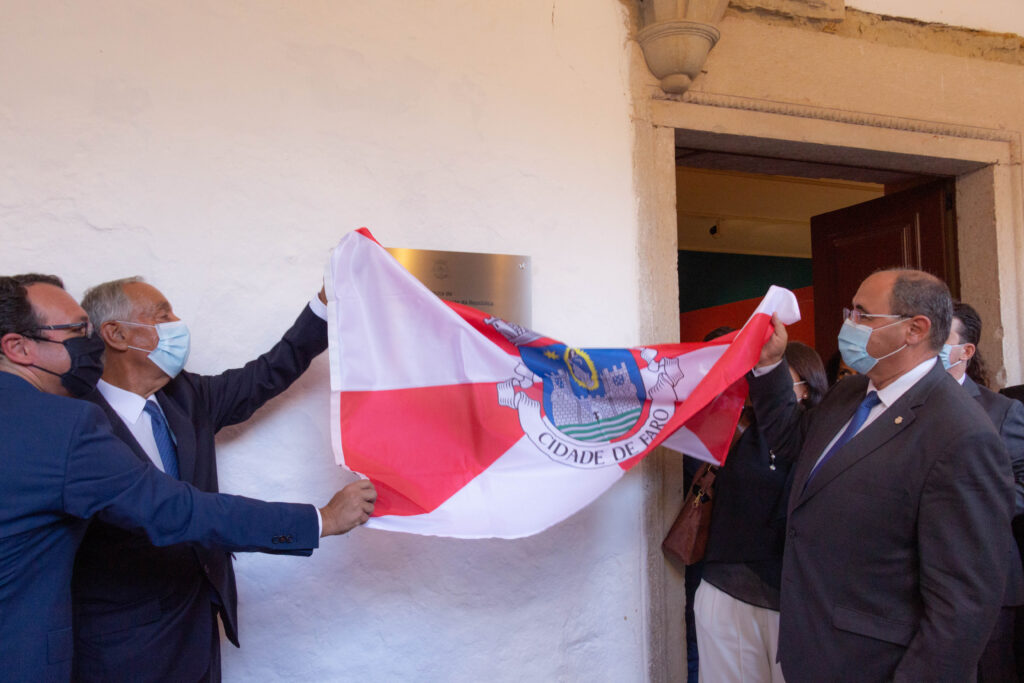 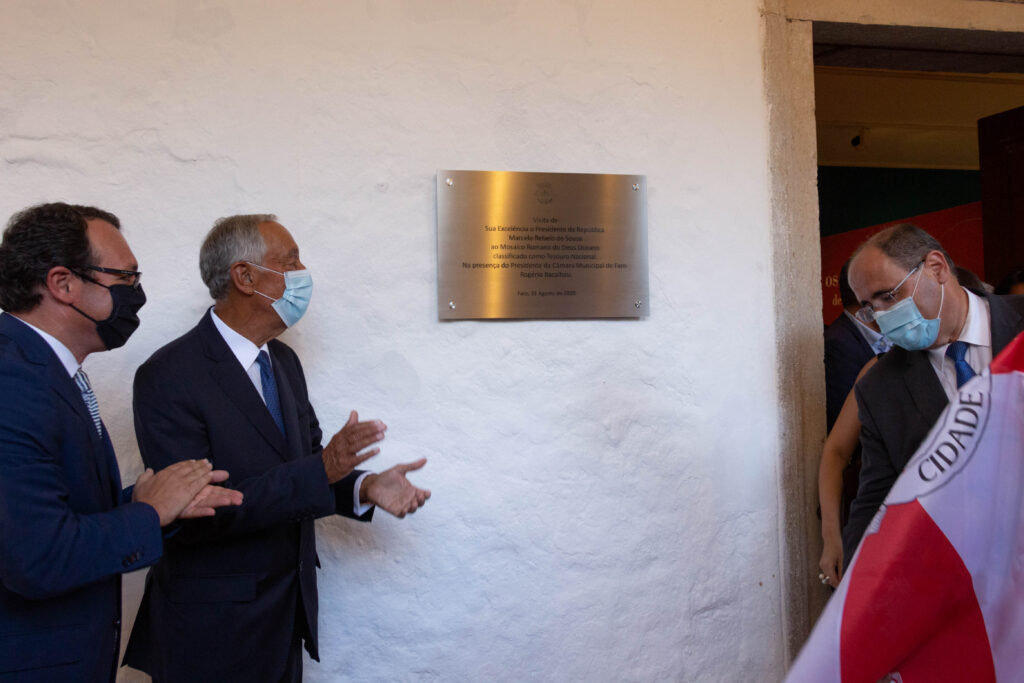 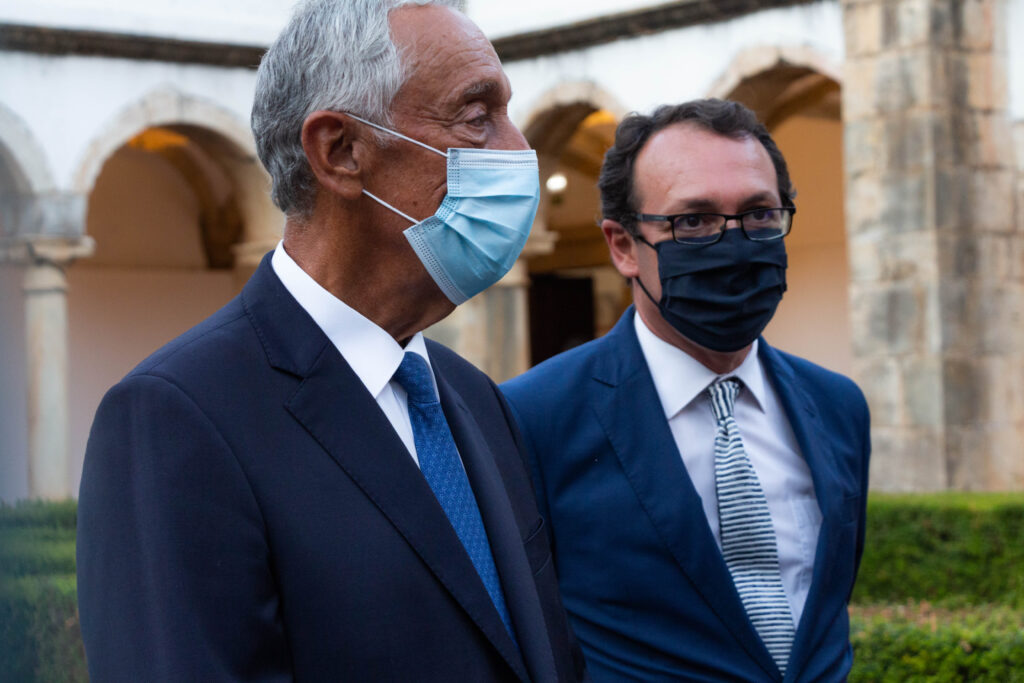 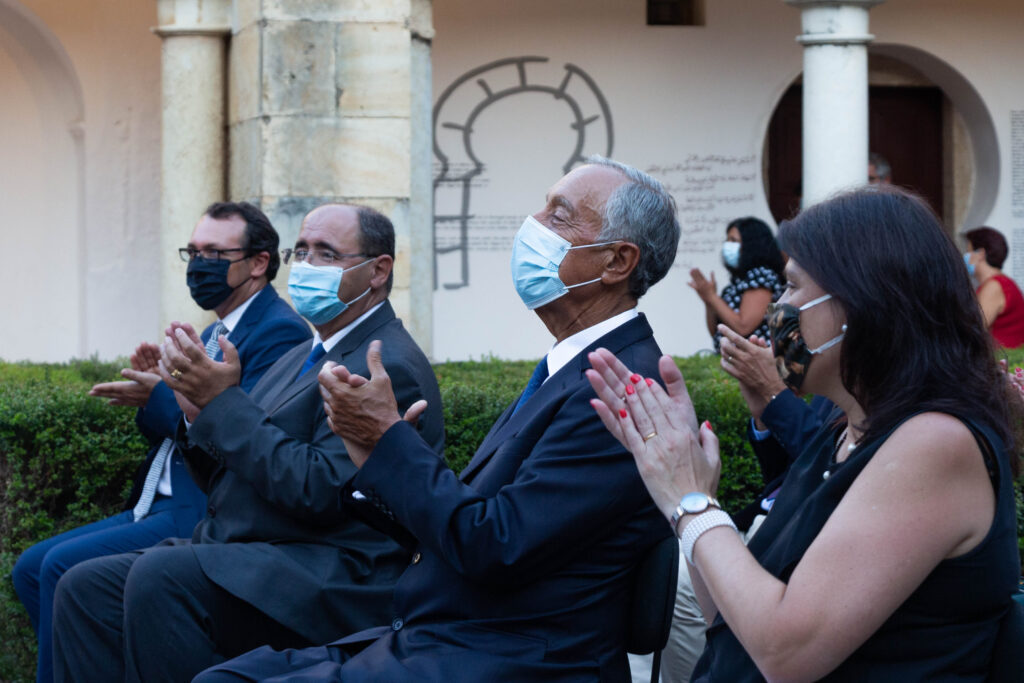 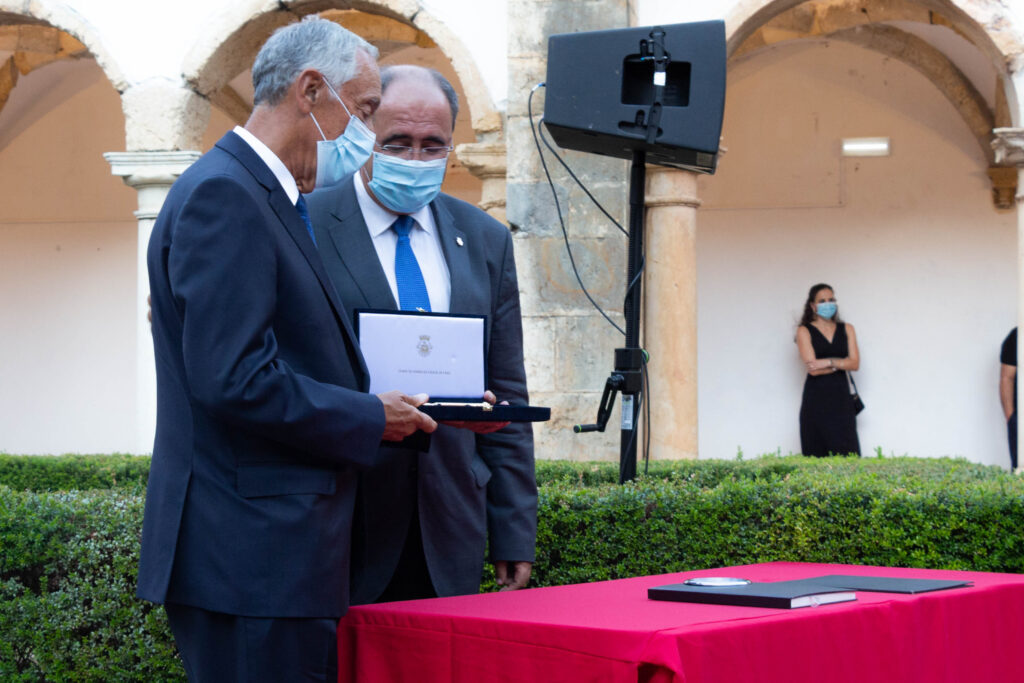 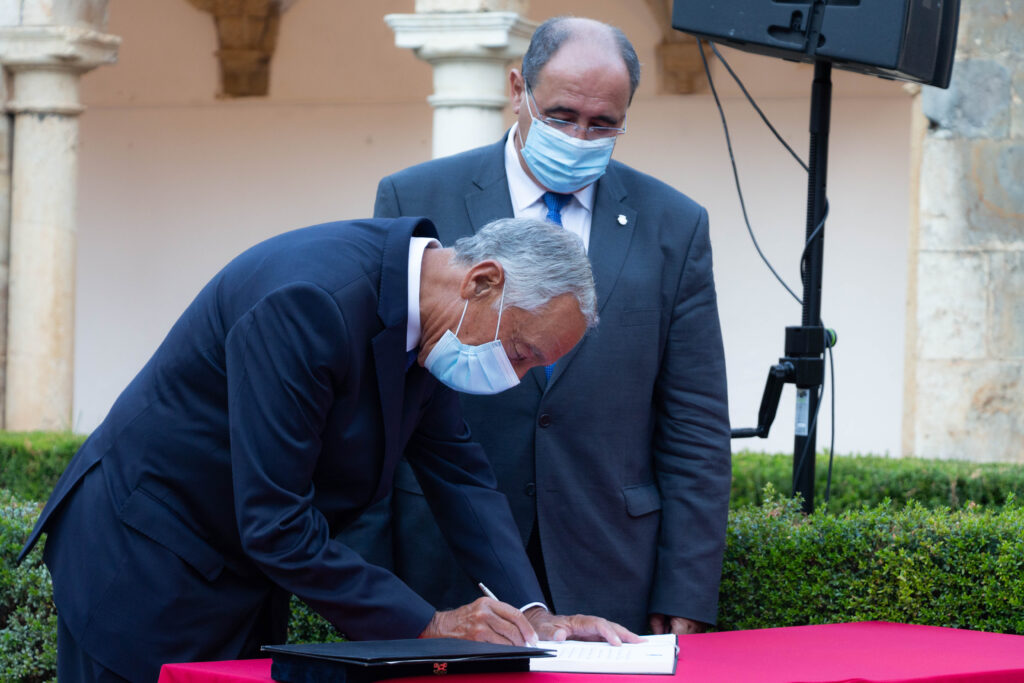 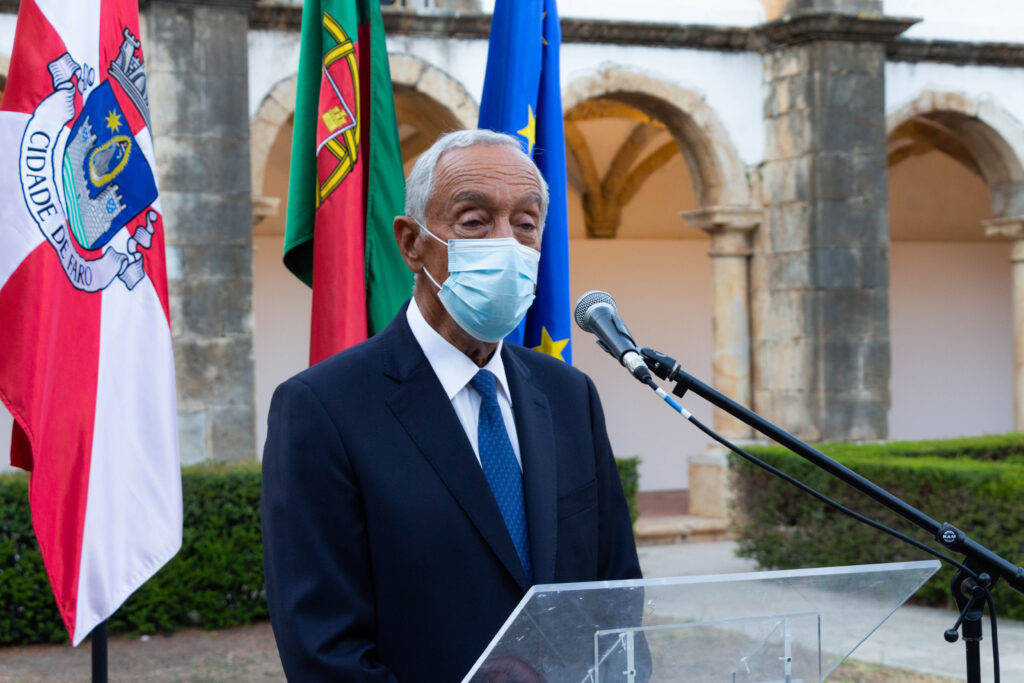 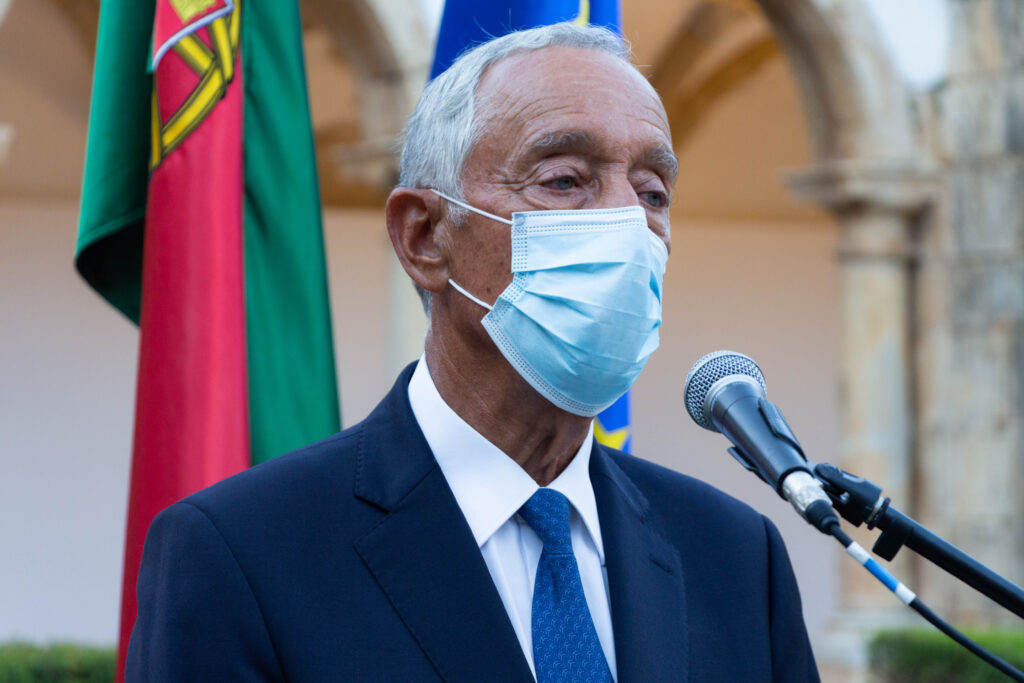 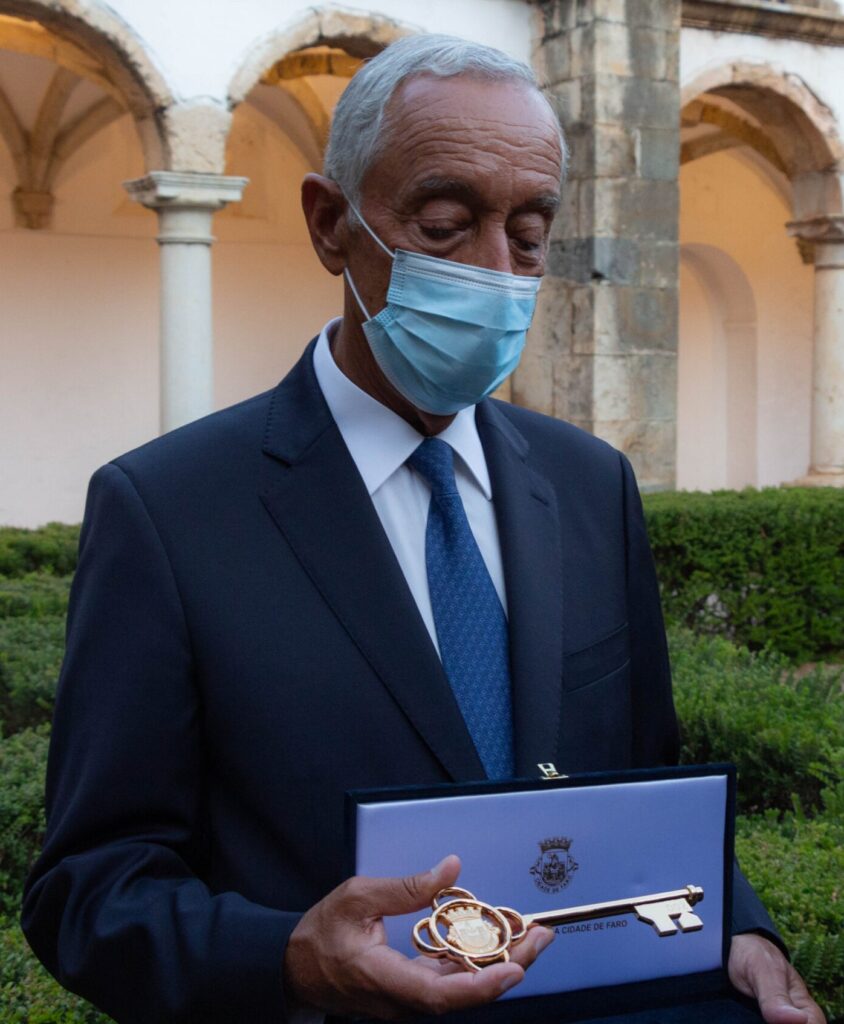 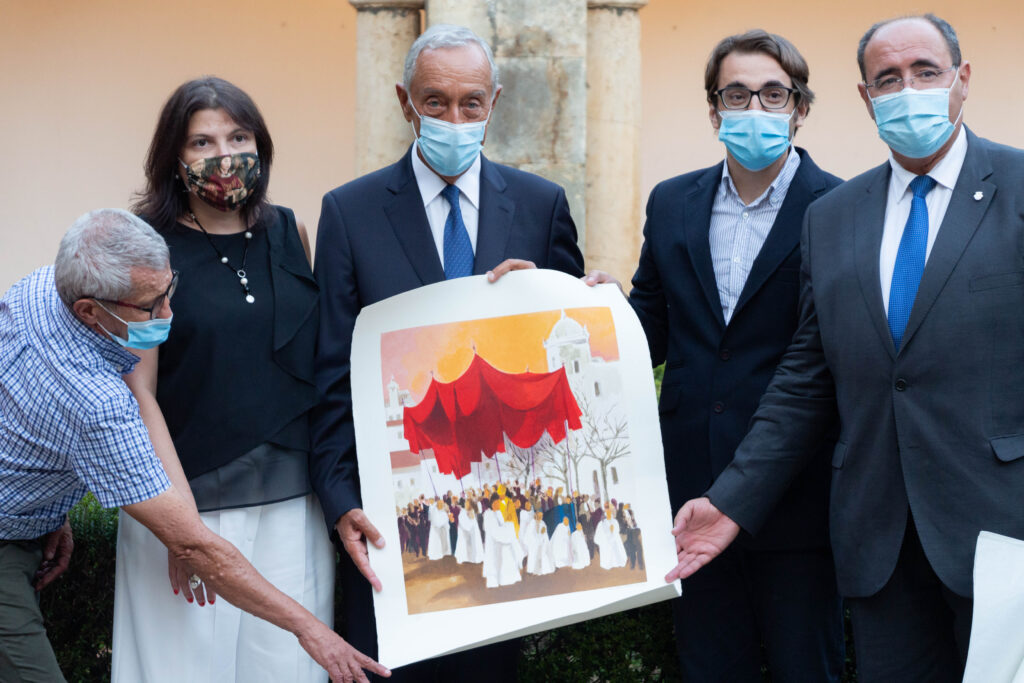 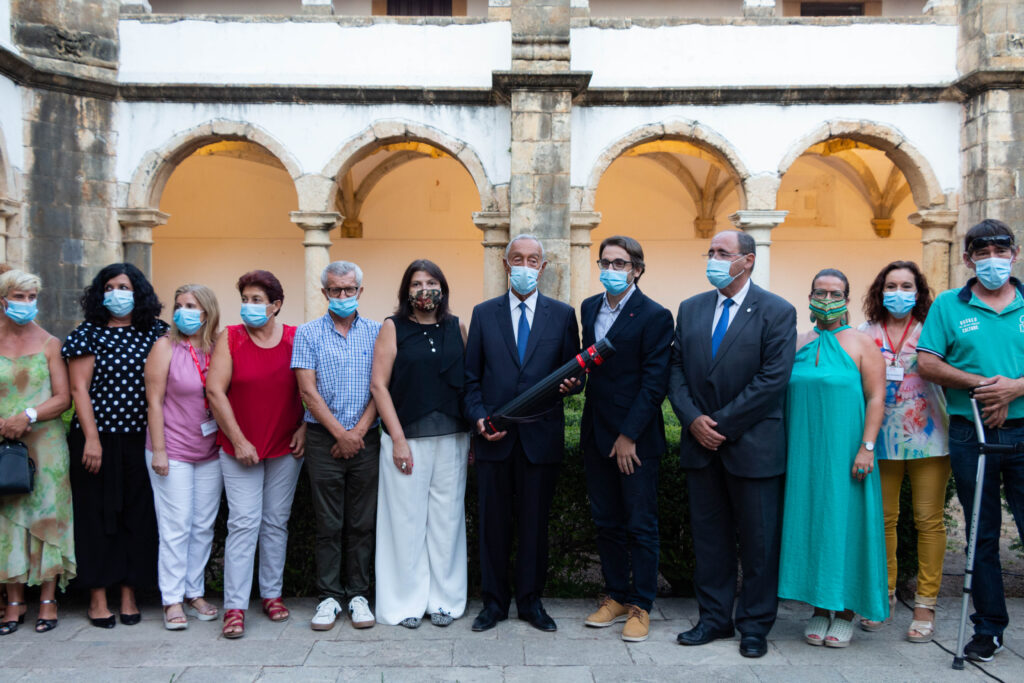 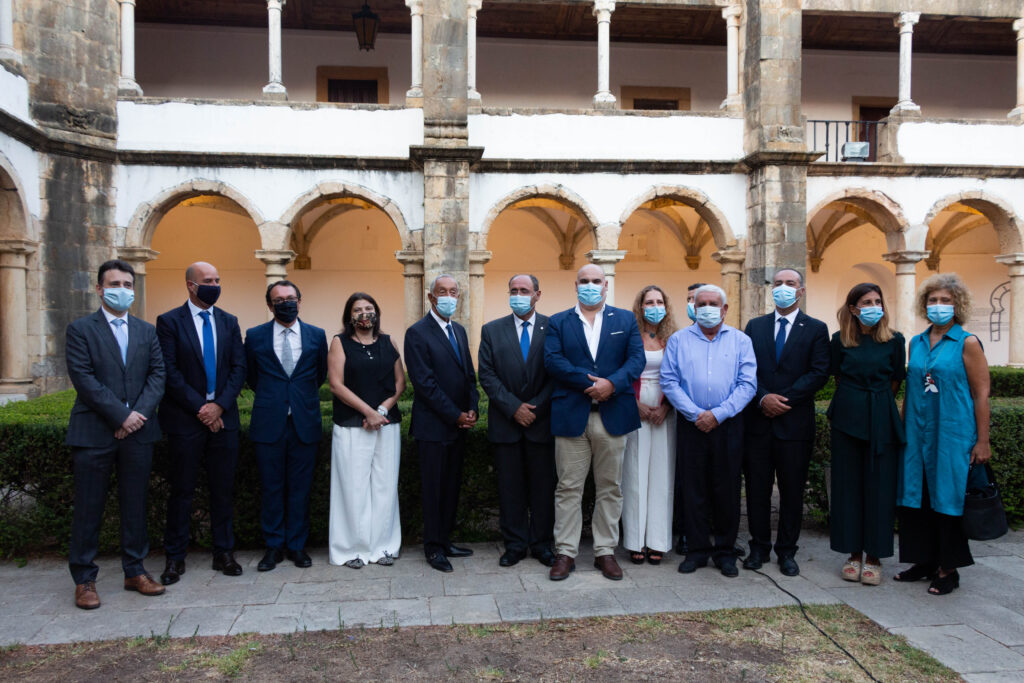 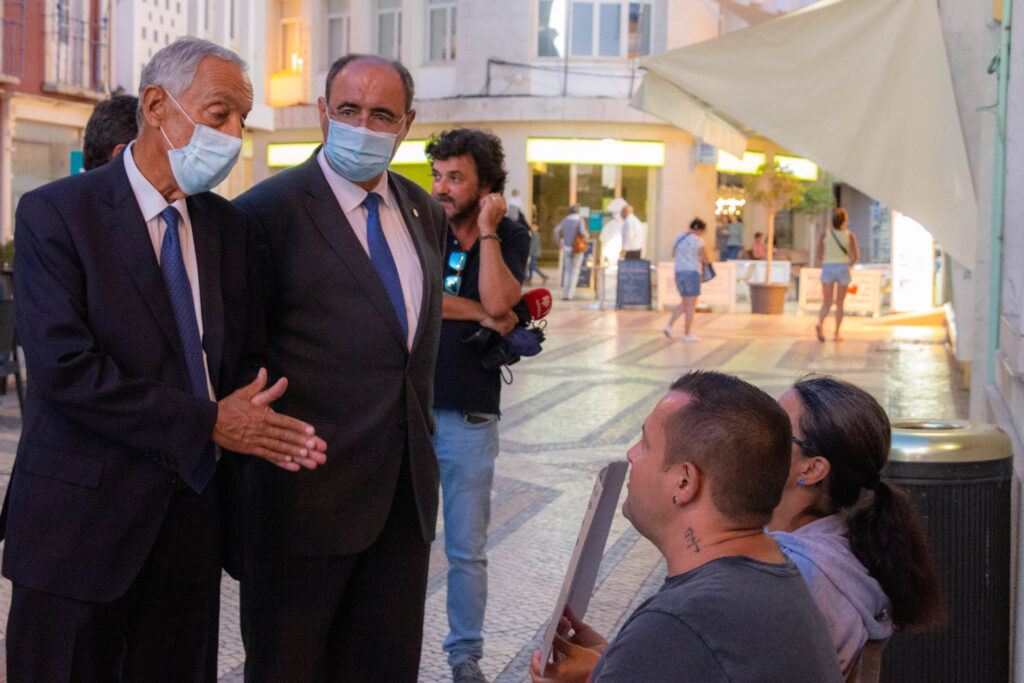 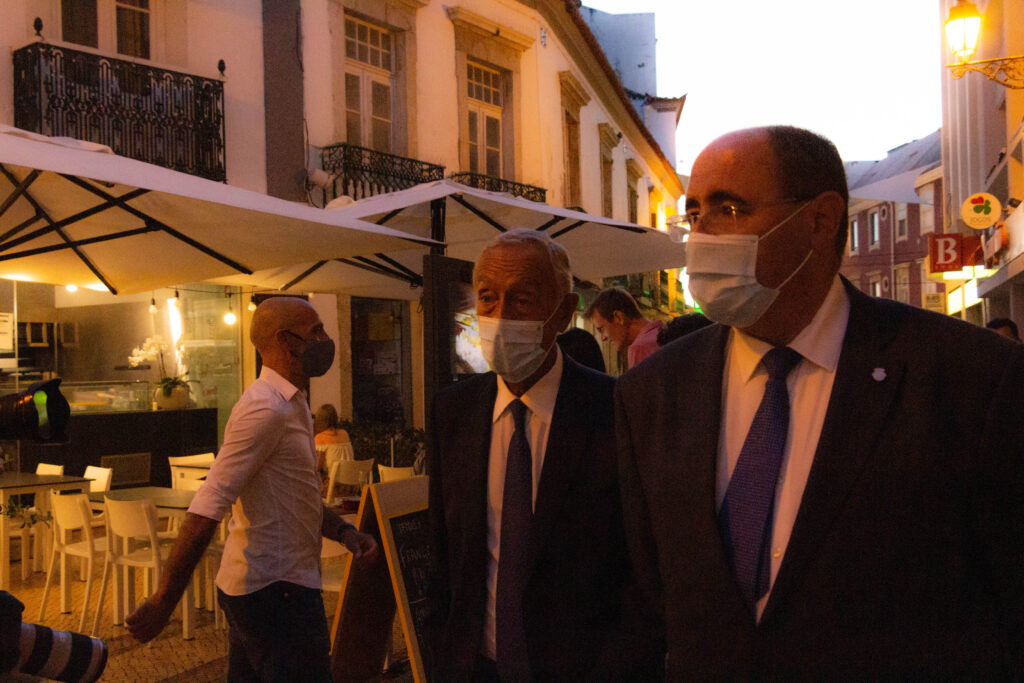