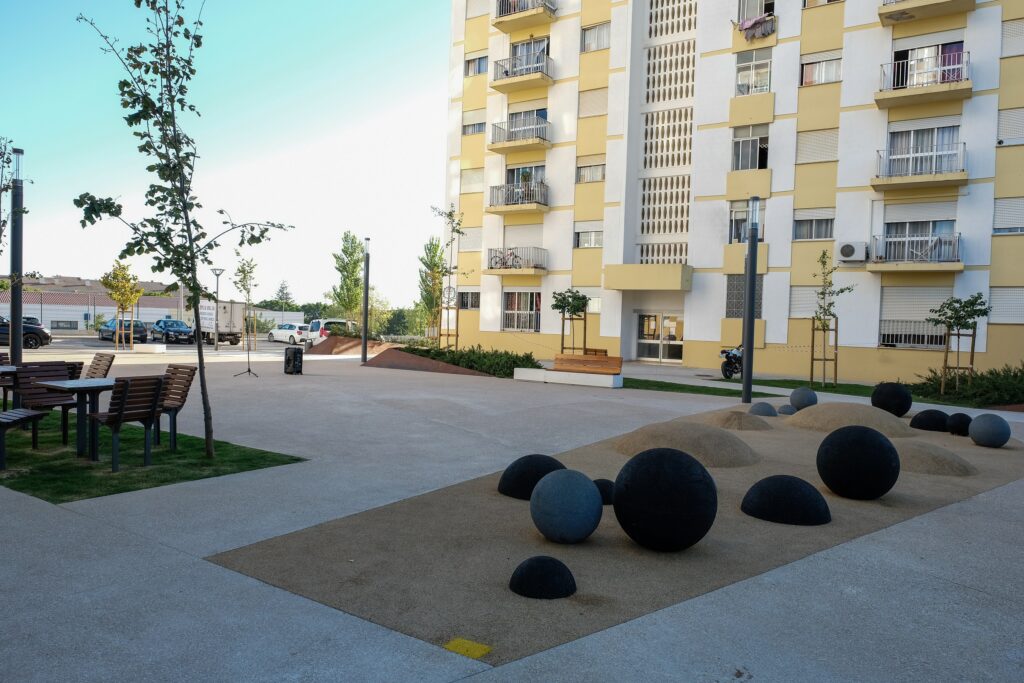 An area for informal sports and urban furniture such as benches, tables and litter bins. The Mira Serra urbanization, close to the EB 2,3 Duarte Pacheco School, in Loulé, has a new social space, inaugurated this Wednesday, September 2nd.

The intervention carried out was inaugurated yesterday by the municipal executive and constitutes another urban redevelopment project at the county seat, within the scope of the “Uma Praça no meu Bairro” program.

«The work carried out allowed us to enhance the Praceta António Galvão as a polarizing center of the neighbourhood, constituting a meeting point for those who live here», says the Câmara de Loulé.

“Thus, an informal sports area was created and urban furniture was placed, such as benches, tables and litter bins. Some infrastructures were also improved, such as the public lighting network, the collection of urban waste and the irrigation network”, he adds.

This work also carried out the reorganization of the parking lot following the stock exchange already implemented in Rua do Serradinho and the remodeling of the streets in the area of ​​car circulation and sidewalks.

«For many years, people living in Mira Serra have been waiting for the improvement of this space around these housing blocks. It is certainly a very beautiful work, what was just a place to store cars, is now a space where people can exercise, play cards or chess and socialize», considered Vítor Aleixo, mayor of Loulé.

After this investment, which amounted to around 390 euros, the mayor announced that the second phase of the work will take place in the future, in the nascent area of ​​the urbanization that has not yet been intervened.

For this purpose, a preliminary study has already been carried out and the project is being prepared.

“We are going to talk to the residents, as we did in this part, show them the project and find out how they want the work to be done”, concluded the municipal official.