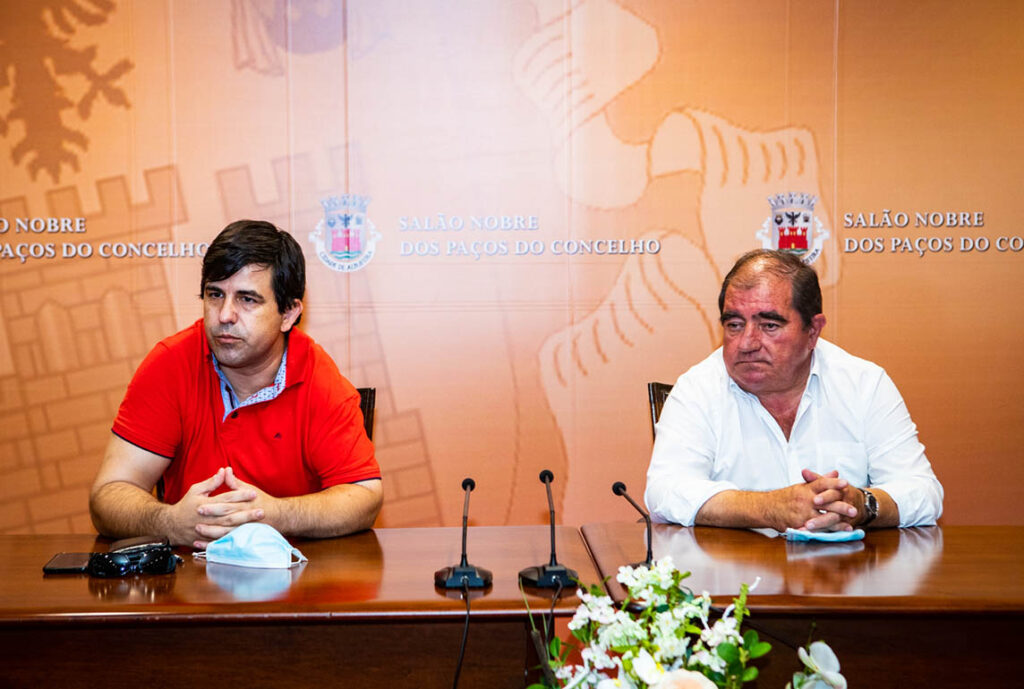 The “Educational Community Adaptation Strategy” to minimize the possibility of transmitting SARS-CoV-2 in the municipality of Albufeira was presented this morning by the mayor José Carlos Rolo and the director of ABC – Algarve Biomedical Center.

The meeting welcomed all the bodies involved in the various dynamics of the start of the school year in Albufeira, including Health Delegate, National Republican Guard, Civil Protection, Parish Council presidents, directors of School Groups and Municipal Health and Education services.

At the opening of the meeting, José Carlos Rolo underlined that «the beginning of a school year is one of the most difficult and controversial moments of any political administration and this year we have added difficulties».

“It is necessary, more than ever, and given the pandemic context, to minimize all risks. It would be utopian to say that the problems do not exist or to imagine that there will not be occasional cases of Covid-19 in schools, but it is urgent that the whole community knows that concerted work is being done, a network with the security and safety authorities. health, together with schools and the Municipality, in order to transmit confidence to the parents of the students and the professionals involved, as the moment is of uncertainty and perplexity», added the mayor of Albufeira.

The “Educational Community Adaptation Strategy” is a program developed in partnership with the ABC – Algarve Biomedical Center, approved at a chamber meeting held on September 15th.

It comprises several phases, and with the first, the Municipality has already invested around 200 thousand euros, namely in vertical and horizontal signage, posters, isolation rooms with all the necessary materials, disinfectant solutions and other equipment for all schools in the municipality. . 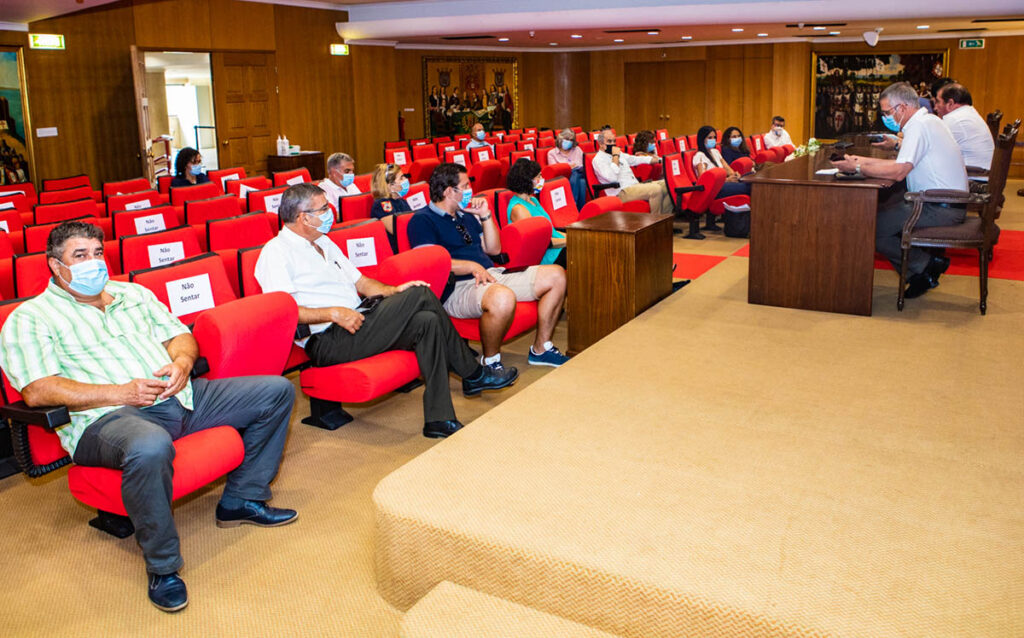 Also at this stage, the Municipality's technicians, together with the ABC and school directors, proceeded with the spatial reorganization of classrooms, common spaces (bathrooms, changing rooms, libraries, cafeterias and others) and circulation spaces.

From a universe of around 1200 school employees, around a thousand have already taken the biomolecular tests, and the rest will be able to carry out the test whenever they want or need it, until the end of the school year.

The municipality guarantees that, in Albufeira, the school year has started with spaces properly prepared to prevent the spread of the virus.

"But it's not easy, from putting down the backpack, going through disinfection, spatial orientation, adapting everyone to a new reality is not easy," said one of the Grouping directors present at this meeting, acknowledging that it would have been "impossible meet the start date without the support of the City Council».

This gratitude and recognition were, moreover, expressed by all those responsible for schools in Albufeira.

One of those responsible also highlighted the need to raise awareness aimed at families, in the sense of containing social contacts, as “it is of no use if schools take this extra care, if at home, the students' parents organize birthday parties or do not have the care suggested by the General Directorate of Health».

The Strategy, in addition to what has already been mentioned, implies constant monitoring of all measures. Each school has a designated interlocutor to report all situations to ABC, which acts immediately in any alarm situation.

Two telephone lines were created, an internal one, through which school directors can clarify doubts or inform about situations, and another support line addressed to students' educators, open from 07:00 am to 01:00 am.

The spaces surrounding the schools also require increased surveillance, an action that has already been carried out by the GNR delegation from Albufeira and which this Thursday, 17 September, is extended to the surrounding commercial establishments.

This action is also supported by the Municipal Civil Protection Service of Albufeira, which also has a 24-hour hotline for support and clarification. 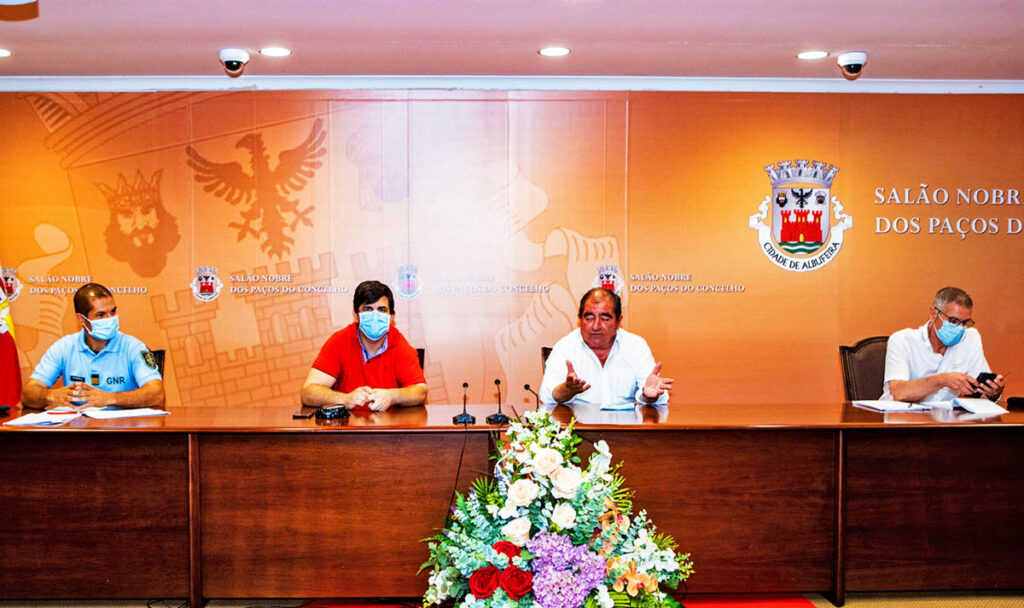 Within the scope of the “Safe School” program, there will also be military personnel present at the schools during arrival and departure times, in order to avoid the confluence of people in the same space.

Attentive to all situations, the Health Delegate of Albufeira agrees with the mayor, that nothing guarantees the virus will not spread, but ensures his full presence and commitment, having made his mobile number available to all those involved in this network of protection of schools regarding Covid-19.

Finally, José Carlos Rolo warned that “the lack of knowledge about the virus is great and the certainties of today are the lies of tomorrow. Whether the information comes from central power or local authorities, there is always news and changes».

“What we are doing is taking all the measures to mitigate the spread of the virus and under that aspect of prevention and surveillance, we are doing everything possible. In this respect, the school year starts in Albufeira well prepared and safe», guaranteed the mayor.