Gustavo Veloso wins the prologue of Volta a Portugal. De Mateos was the best “Algarvian”

Back to Portugal started today 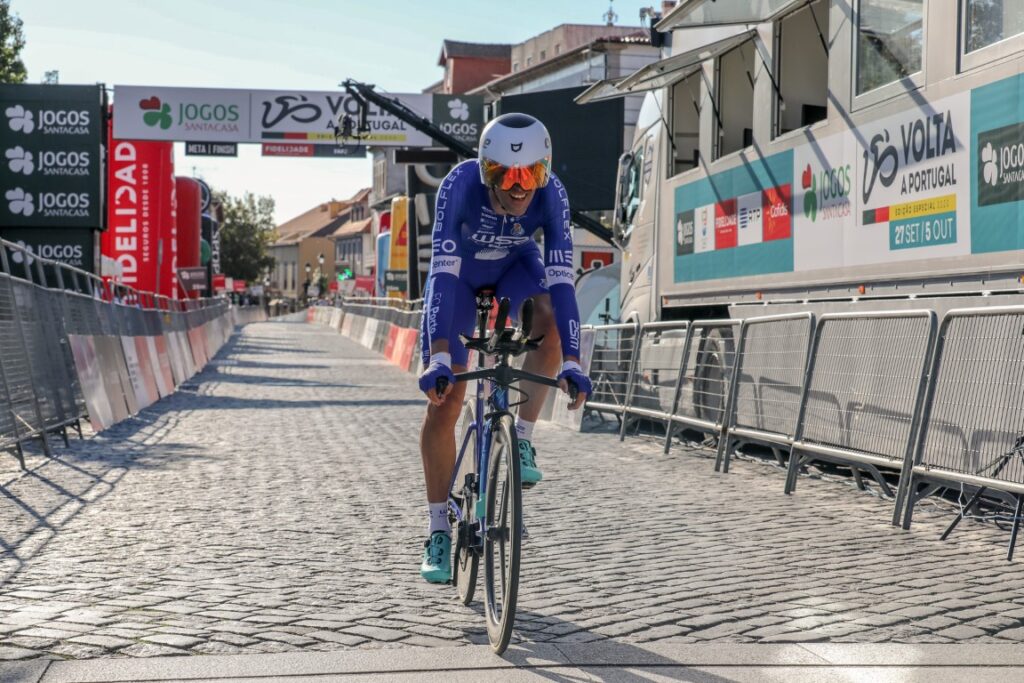 Gustavo Veloso, from W52-FC Porto, is the first Yellow Jersey of the 2020 edition of Volta a Portugal on bicycle, by winning the 7 km prologue of the race, which was disputed today, Sunday, in Fafe.

Among the cyclists of the Algarve teams, the fastest was Vicente de Mateos, from Louletano/Aviludo, who was 10th in the prologue, followed by Alejandro Marque, from Atum General-Tavira-Maria Nova Hotel, 17th in today's stage.

Another Algarvian, João Rodrigues (W52-FC Porto), the winner of the last Volta a Portugal, was 8th.

This time, the Tavirense cyclist's teammate was the first to arrive. Galician Gustavo Veloso, 40 years old, is the oldest in the competition, but that did not stop him from imposing himself in the prologue, which ended in 9m39s, with an average speed of more than 43 km/hour.

The victory was achieved by a margin of just one second for the two closest runners, Rafael Reis (Feirense), second, and Daniel Mestre (W52-FC Porto), third.

«It's my eleventh round. He already had three second places in prologues. This time I was about to do second again, but luckily I managed to win. Age is just a number, what counts is determination, work and belief in ourselves. The pandemic harmed all the athletes, but we all arrived in practically the same conditions. The race has just started and there are still hard days to define the general classification», stated Gustavo Veloso, at the end of the race. 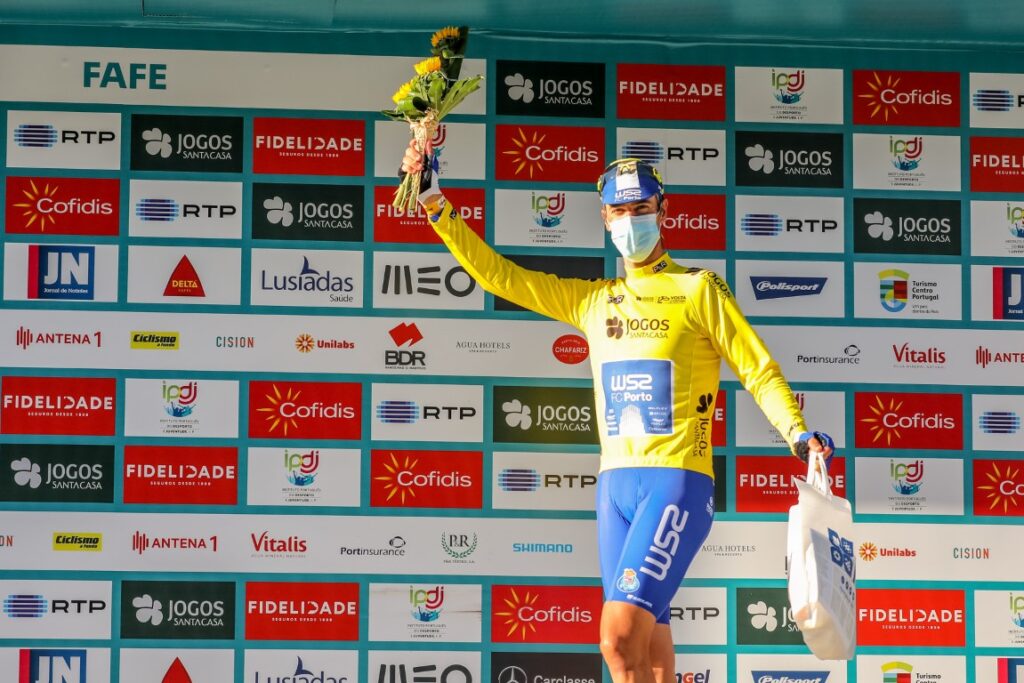 The layout of this prologue was divided into two halves: a more technical phase, with descents at the beginning, and a more physically demanding final section, with ascent and cobblestones. AND

«These ingredients allowed a classification in which pure time trialists, sprinters and men who intend to be protagonists in the fight for the Games Santa Casa Yellow Jersey, in the top places», according to the Portuguese Cycling Federation.

«Gustavo César Veloso is also a cyclist to consider for the general classification and has saved time for all the competition. Among those who wanted the yellow jersey, note for the good performances of the duo from Efapel António Carvalho, fifth, at 6 seconds, and Joni Brandão, sixth, 7 seconds. João Rodrigues (W52-FC Porto) was eighth, at 8 seconds, and Vicente García de Mateos (Aviludo-Louletano) closed the top 10, at 12 seconds. Frederico Figueiredo (Tuna General-Tavira-Maria Nova Hotel), 22nd, at 23 seconds, was penalized a little more, in a competition in which he is not a specialist», analyzes the Federation.

W52-FC Porto commands teams and the Spaniard Carlos Canal (Burgos-BH) wears the IPDJ White Jersey, symbol of the best under-23 in the competition.

The first stage in line, the longest in the competition, takes place this Monday. The peloton will face 180 kilometers, between Montalegre and the top of Santa Luzia, in Viana do Castelo. The goal coincides with a third-rate mountain award.