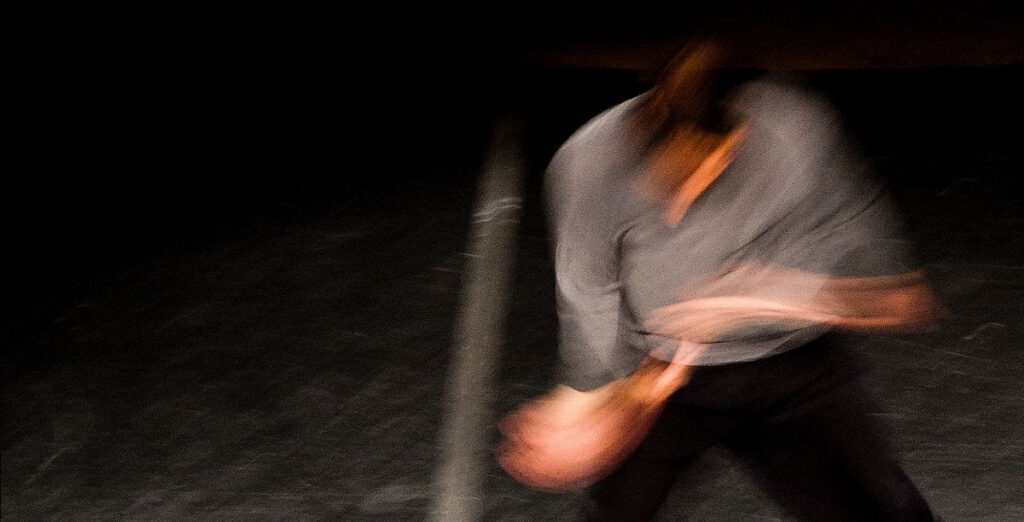 The Festival “Encontros do DeVIR” will take the performances “Entre contenções”, by Eduardo Fukushima (Brazil), and “O Rei no Exílio – Remake”, by Francisco Camacho to Cineteatro Louletano, on Friday, the 18th, at 21:30 pm .

The solo “Entre Contenções”, by Eduardo Fukushima, «has become an iconic work by one of the most outstanding/awarded choreographers of Brazilian contemporary dance».

«Since its creation, it has been presented uninterruptedly, which is justified by the quality, simplicity and truth that it conveys to us. It resulted from a very personal language research, a simple and raw vocabulary that plays with disharmony and confrontation», describes DeVIR/CAPa, which organizes the festival.

“O Rei no Exílio – Remake”, by Francisco Camacho, “is the recreation, the rescue of a striking soil of contemporary Portuguese dance, which focuses on the figure of D. Manuel II, the last King of Portugal, exiled in England in 1910'.

«It is a portrait of a certain Portugal, sometimes ironic, sometimes controversial, where loneliness is permanent. It is a grotesque, obscure, sensual universe that juxtaposes intimacy, the vices of the choreographer/interpreter and the iconographic figure of the King. Past and present are mixed up in a character, who lives different stories centered on gestures and symbolic actions of male daily life». according to the organizers of the “DeVIR meetings”.

Tickets for the show cost 5 euros.

Also in the context of the reprogramming of the “DeVIR meetings”, between 1 October and 15 November it will be shown in the foyer of Teatro das Figuras, in Faro, the exhibition “rescue | search” by Vasco Célio.

The public can also count on the show “Beautiful Me”, by the South African Gregory Maqoma (Cineteatro Louletano, 9th October and Centro Cultural de Lagos, 10th October) and the creations “Maybe she could dance first and think later ”, by Vera Mantero, and “Under the Flesh”, by Bassam Aboud Diab (Lebanon), along with a reading of an unpublished text by Jacinto Lucas Pires, with real-time illustration by Marc Parchow (CAPa, Algarve Center for Performing Arts 7 from November).

The Festival “DeVIR Encounters” is organized by DeVIR/CAPa, with the support of the “365 Algarve” program, Turismo de Portugal, Municipality of Faro, Lagos Town Hall and Loulé Town Hall.