In total, 133 drug bales were seized 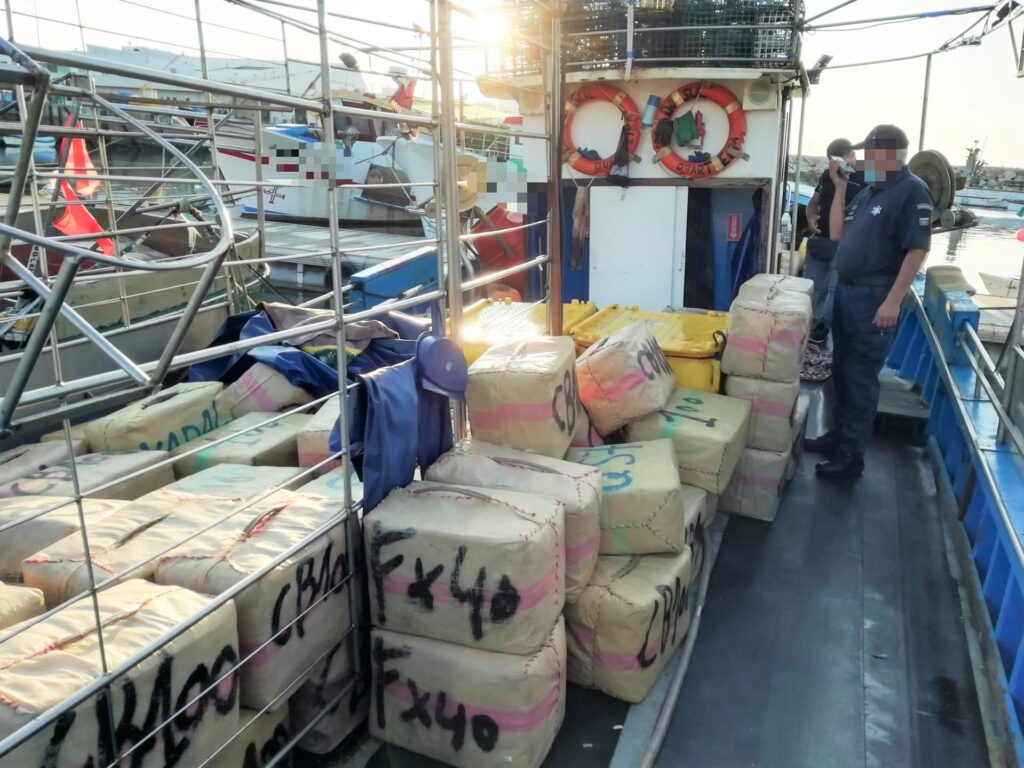 4500 kilos of drugs were seized and two Spanish men arrested, this Tuesday, 15 September, in the fishing port of Quarteira.

In total, says the Maritime Police, 133 drug packages were seized.

​The alert was received through security at the port of Quarteira. Upon arriving at the scene, the authorities intercepted a fishing vessel with drugs on board, and also detected and intercepted two individuals, of Spanish nationality.

"The other elements that were in the place were on the run", says the Maritime Police.

This action had the ground support of elements of the GNR from Quarteira.

After the arrest, the Judiciary Police were contacted, who went to the scene to collect evidence.