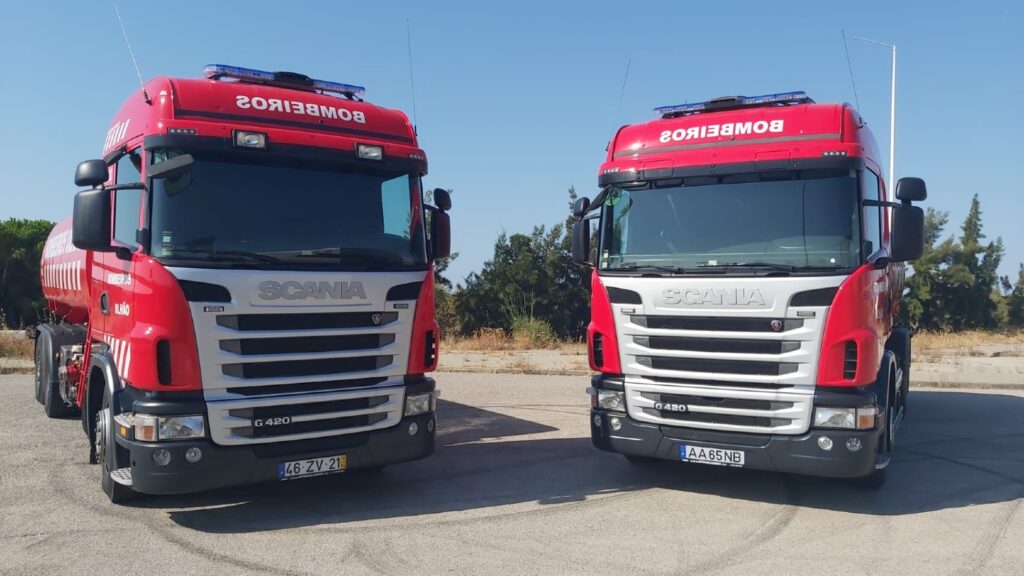 Firefighters in Olhão have two new autotanks in their fleet, the result of an investment of around 76 thousand euros supported, in full, by the City Council.

The two vehicles were purchased with the aim of renewing the fleet, given the «wear and tear and lack of safety conditions» of the autotanks that the Fire Department in Olhão already had.

«The vehicles now acquired present a set of new technological conditions, which allow them to develop their missions with better quality, comfort and safety conditions», according to the City Council of Olhão.

"The Fire Department of Olhão thus maintains an important transportable water reserve, to fight fires and support the population", through four vehicles with "quantities of 100 thousand liters", added the municipality.

The two autotanks, «despite still in the phase of integration in the service with maneuvers by drivers», have already participated in firefighting operations, «namely in the fires of the current year and in the municipality of Olhão».