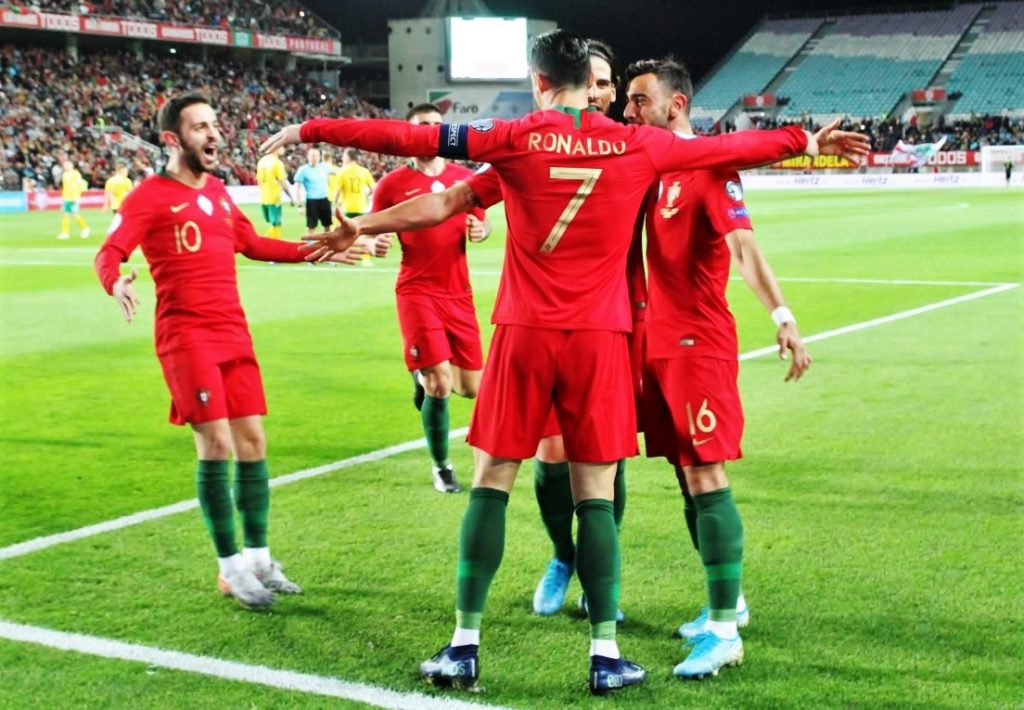 The Portuguese national football team will give half of the qualification prize for the 2020 European Championship to the support fund for non-professional competitions, canceled due to the covid-19 pandemic, the association announced today.

“The money will reinforce the competition support fund created by the FPF and which provides for the distribution of 4,7 million euros to district associations and non-professional football clubs, so that players and coaches can be supported until the end of the 2019 season / 20 ”, details the organism.

The Championship of Portugal [third tier of national football] and the remaining senior non-professional competitions were canceled on Wednesday, after the football and futsal championships of the training tiers had the same outcome, in a decision taken on 27 March last, due to the state of emergency caused by the new coronavirus.

Professional competitions, I Liga and II Liga, remain suspended after 24 of the 34 rounds, as well as the Portuguese Cup, which has Benfica and FC Porto as finalists.

The Portuguese national team, champion of Europe, dedicated a message to the players of the competitions organized by the FPF, who, due to their “non-professionalism, feel an even greater impact of the covid-19 pandemic in their lives”, reiterating “the will to continue to help, either individually or collectively, the affected Portuguese”.

“If we strongly believe that solidarity is practiced and not shown, we also consider it important to give a public signal that the national team players have in their thoughts all those who, as part of the football family, felt the greatest impact of the pandemic of covid-19 in their personal and family lives”, reads the message from the 'quinas' team.

Emphasizing the sharing of the “same concerns about public health and safety” of those closest to them, as well as the “desire to return to the pitch”, the Portuguese team decided to support the 'amateur family' of the sport: “It is also true that we are aware that football has provided us with the conditions to help you overcome the obstacles you face daily, while contributing, we hope, to your future successes ”.

"Within this spirit of camaraderie between professional and non-professional football, we decided, as a team, to give up part of our qualification prize for Euro2020", concludes the same statement, adding that this value will integrate the fund created by the FPF "destined mainly to players from non-professional competition clubs ”.