Know when and what will reopen in the coming weeks

Portugal will become a state of calamity 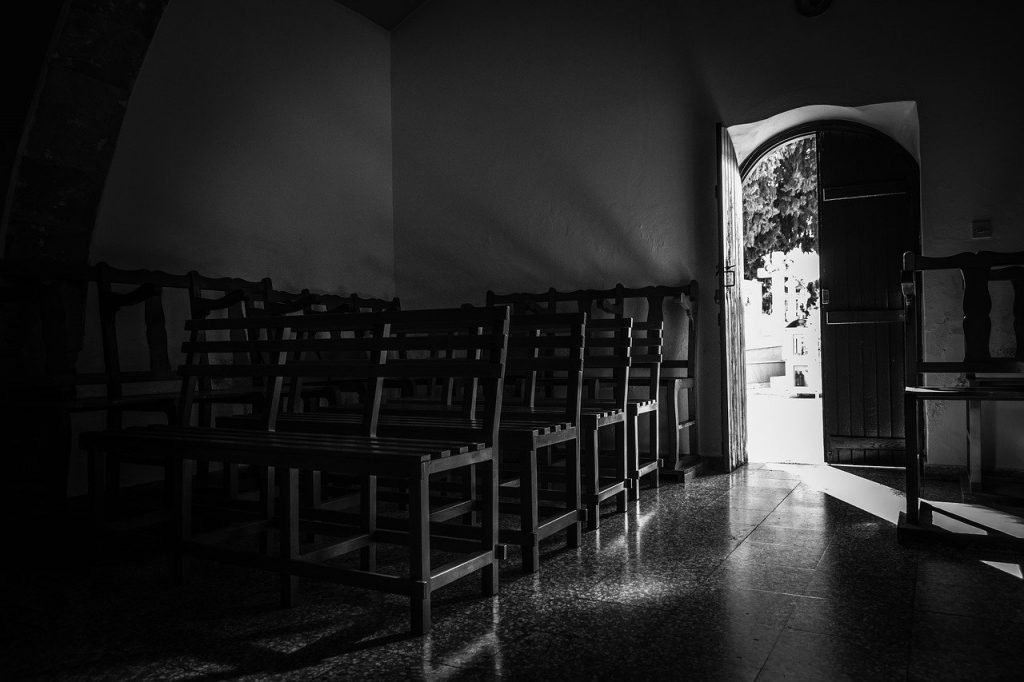 The Government presented, this Thursday, April 30, the deconfinement plan for the coming weeks, which included the phased reopening of public services, commerce and restoration and cultural facilities.

With the end of the State of Emergency on 2 May, the country will enter a state of calamity. In a press conference, held a few moments ago, the prime minister said that, even so, a "civic duty of compulsory collection" remains.

“The state of emergency is over, but the virus's behavior is the same. We only transmit it to the other through proximity. Let's move as little as possible», said António Costa.

The decontamination plan, presented by the prime minister, foresees, for example, the return of classroom classes for the 11th and 12th year on May 18th, but with mandatory use of mask.

In public transport, which will have a maximum capacity of two-thirds of capacity, as of May 4th, it will also only be possible to circulate wearing a mask. 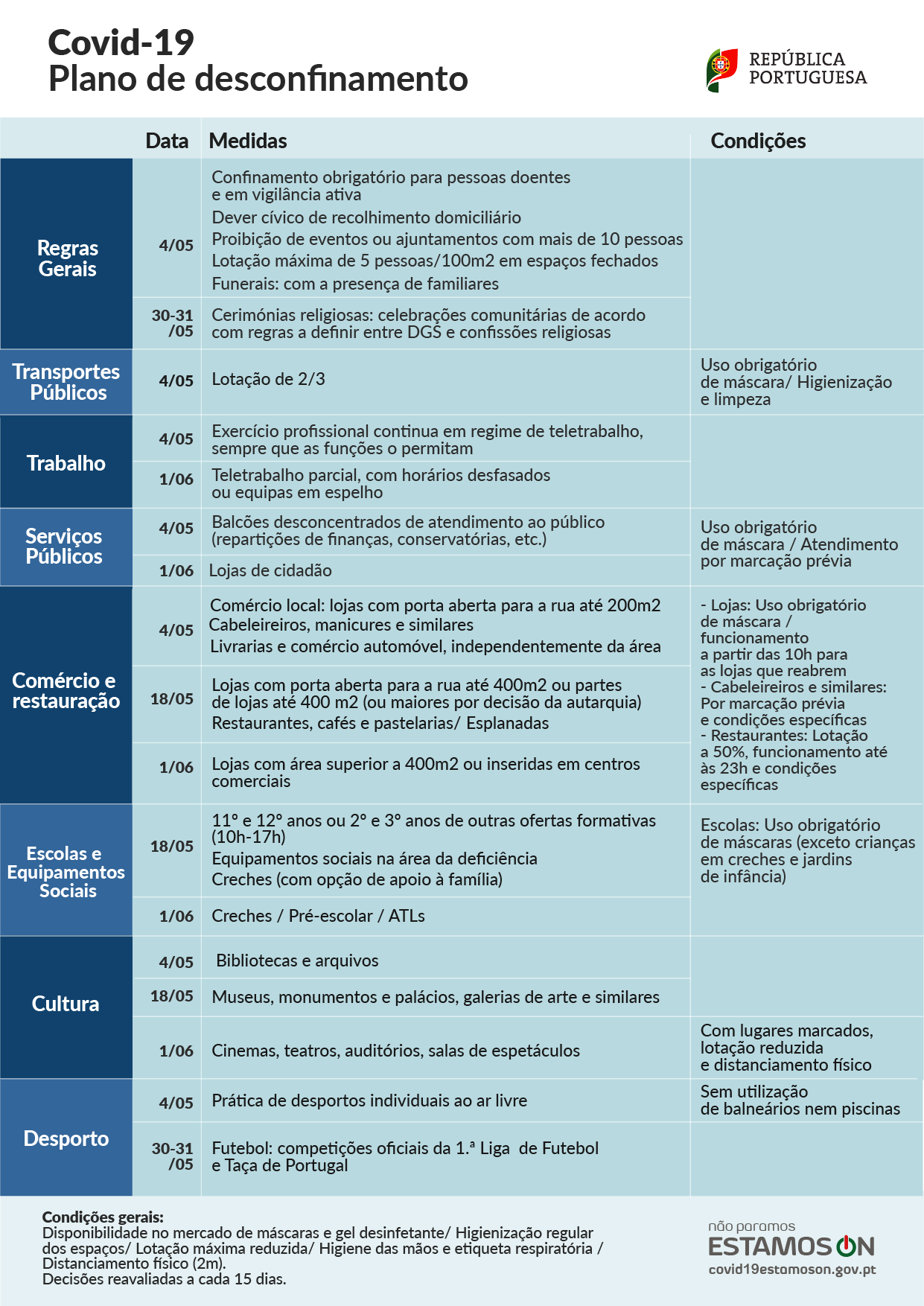 Events or gatherings with more than 10 people are still prohibited. Even so, there is no longer a limit to the number of family members at funerals.

The other religious ceremonies may return from the weekend of May 30th and 31st, after rules have been defined between the General Directorate of Health and the religious confessions.

With regard to commerce, this Monday, May 4th, hairdressers, manicures and the like can reopen, as well as local commerce stores, with doors open to the street and with up to 200 square meters, bookstores and car stands.

In terms of culture, libraries and archives can also open on the 4th of May, but museums, monuments, palaces and art galleries can only open from the 18th.

Lastly, there are cinemas, theaters, auditoriums and concert halls that can reopen as of June 1st, but with reserved seats, reduced capacity and physical distance between the public.

In sports, only the I Liga will be able to return on the weekend of May 30th and 31st, always behind closed doors, but in a manner yet to be defined.