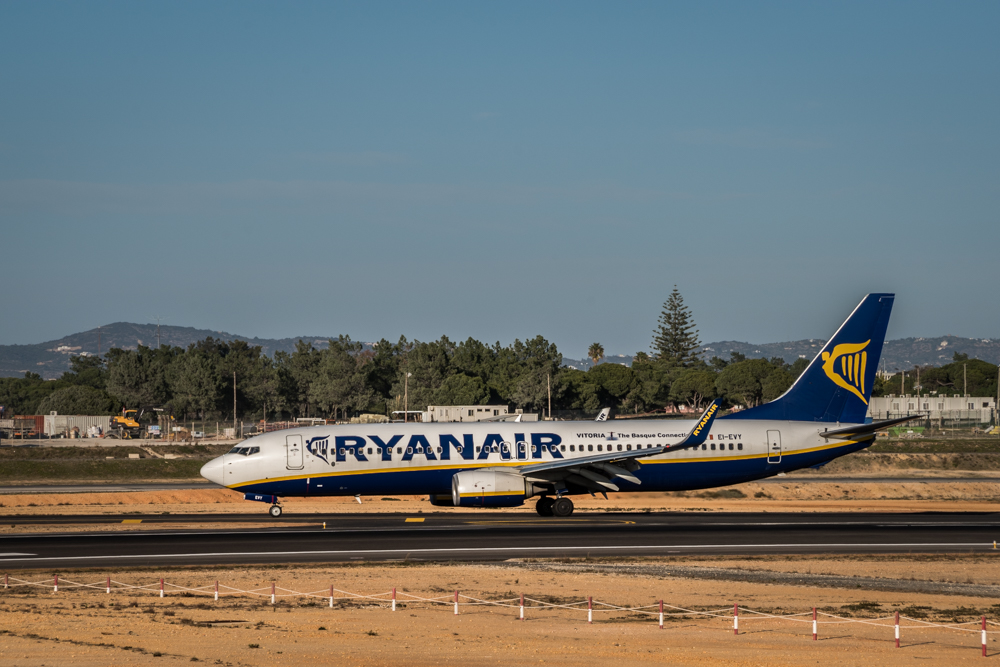 Ryanair's president warned today that the Irish low-cost airline will not resume flights if it becomes necessary to leave seats in the middle of the row empty to maintain safe distances because of Covid-19.

In an interview with the Financial Times, Michael O'Leary said he has already warned the Irish government that if it plans to introduce such rules, "either pay for the middle seat" or the airline will not fly, stressing that "we cannot make money from a tax occupancy rate of 66%'.

According to the official, leaving the middle seats unoccupied does not guarantee enough distance and "it is a silly idea that does not lead to anything".

The low-cost airline, which has 99% of its planes immobilized due to the near-total interruption of air traffic due to the Covid-19 pandemic, had already warned in early April that its profits would be below expectations for the year. until the end of March, which only includes the onset of disturbances related to the new coronavirus.

Ryanair was in good financial condition, debt-free and with a comfortable cash flow, but now the aviation industry is experiencing a huge crisis, with global traffic paralyzed because of Covid-19's containment and control measures.

This position by the president of Ryanair comes after the airline EasyJet last week admitted the possibility of leaving the middle seats empty in an initial phase of flight resumption.

Ryanair's competitor EasyJet had secured enough money for a stoppage, even if it lasted nine months, which would cost it £XNUMX billion in cash.

To this end, the company has secured £600bn of funding, including a £XNUMXm loan from the Treasury and Bank of England as part of the emergency fund to tackle the effects of the new coronavirus.

For its part, British Airways has decided to place the majority of its workers in lay-off and Virgin Atlantic founder Richard Branson asked the government to help the company, which could fail.

The Covid-19 pandemic could reduce the number of passengers in the sky by 1,2 billion by September, compared to the traditional year, the International Civil Aviation Organization revealed on Wednesday.