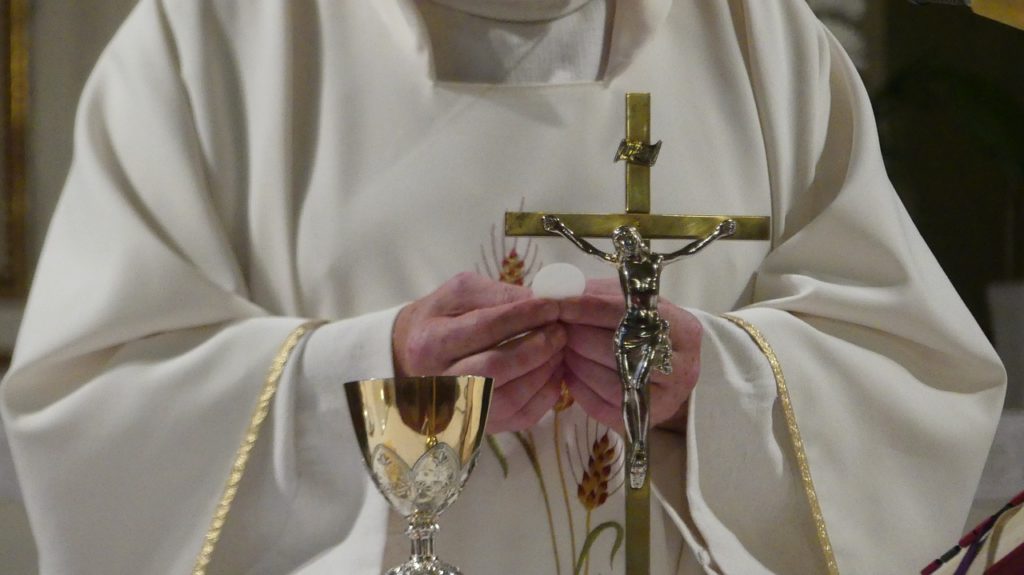 Easter celebrations in Portugal, like in other countries, are lived at home, without meetings with priests and faithful either at masses or in traditional processions, due to the Covid-19 pandemic.

On March 20, the Vatican issued a statement suggesting that during Easter celebrations, the usual Holy Week processions be held on September 14 and 15, due to the pandemic, and that no foot washing ceremony be held, on Maundy Thursday, as well as the final procession.

Less than a week later it issued a new decree updating the indications considering that the Holy Week rites must be performed by bishops and priests without the participation of the faithful, asking, however, that the Catholic communities be informed of the start time of the celebrations, to they can watch through live broadcasts, social media and social media.

The chrysmal mass may be held on another date, the decision depending on the assessment of the concrete situation in each country, and the Easter Vigil must be celebrated exclusively in cathedral and parish churches.

In Portugal, in a letter addressed to the bishops, the Portuguese Episcopal Conference explained that these circumstances in which they are called to celebrate Easter 2020 are unprecedented.

“The current restrictions imposed on the respect for the good of public health oblige us to celebrate the paschal mystery in limited conditions, without being able to meet with priests and other faithful”, write the President of the Portuguese Episcopal Conference, Manuel Clemente, and the Vice President -President, António Marto, in the Easter greeting to the bishops sent on Friday.

The Easter celebrations will take place in private and without the assemblies of the faithful, as usual, and not even the traditional processions in some parts of the country will be able to take place.

However, celebrations are scheduled in dioceses with television broadcasting and on social networks in all regions of the country for the evening mass of the Lord's Supper, which takes place on Thursday, for the celebration of the passion, on Friday, for the Easter vigil on Saturday and for the Eucharist of the Resurrection on Sunday

The example came from Rome, on Palm Sunday, April 5, when Pope Francis celebrated Mass in St. Peter's Basilica without the faithful.

The Cardinal Patriarch of Lisbon repeated the example by celebrating the Palm Sunday Mass in an empty church and broadcast on television, while the Shrine of Fatima also, for the first time in its history, announced the celebration of Holy Week without pilgrims, to closed door, being broadcast by social media and digital media.

In Braga, the archbishop announced the cancellation of the “Compasso/Pascal Visit” on Easter Sunday (12 April), the following Monday or Easter Sunday, in a note in which he invites “to fight in an original way against the coronavirus”, however, initiatives have been created to promote the celebration “from home” through Facebook.

The Holy Week Lent and Solemnities Commission, the Archdiocese of Braga and the municipality of Braga have promised “a digital program” that allows us to celebrate Holy Week 2020 “with a simple access to the Internet” until April 12, Easter Sunday .

Parties were also canceled in municipalities such as Constância, which traditionally holds the feast of Nossa Senhora da Boa Viagem on Easter weekend and in Matosinhos

In Idanha-a-Nova, Castelo Branco, the population will celebrate the Saturday of Alleluia from the windows and balconies of the houses.