Home support is provided both in the city of Faro, as in the parishes in the interior of the county 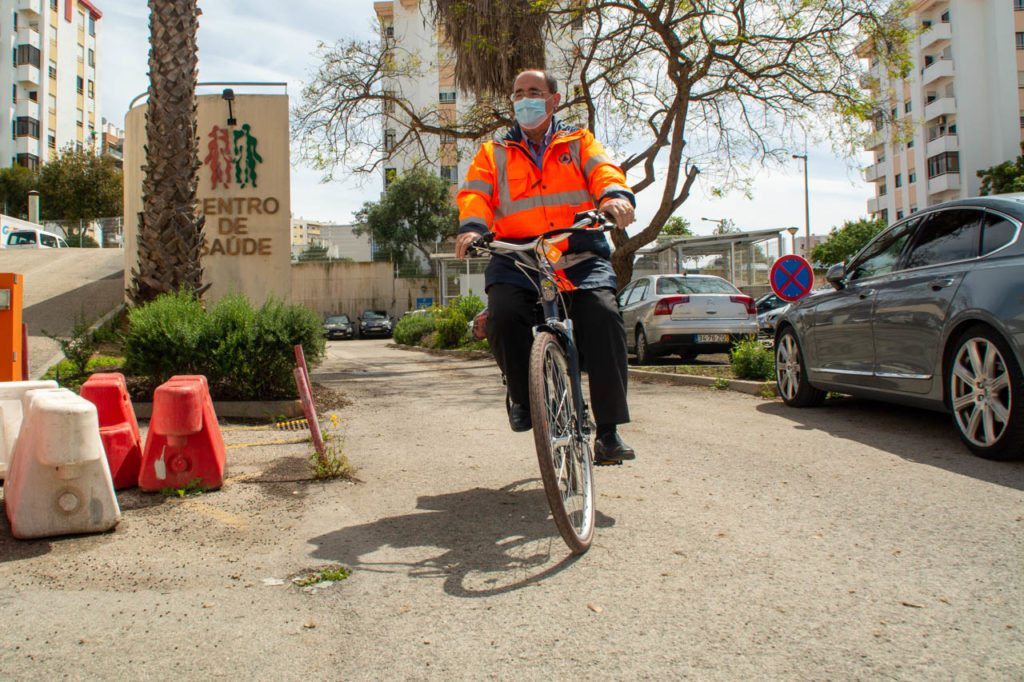 "At a time when health professionals have given their all, this is also a recognition of their work." The Chamber of Faro delivered, this Friday, April 17, four electric bicycles to the Ossónoba Family Health Unit so that health professionals can start using this means of transport when leaving for home care.

The initiative took place in the early afternoon, in the car park of the Health Center of Faro, bringing together mayors and health professionals. In addition to the bicycles, a car from the municipality was also lent to be used by the Regional Health Administration (ARS) of the Algarve.

Rogério Bacalhau, president of the Chamber of Faro, explained that, although the «Ossónoba Family Health Unit has many users at home, doing home care», there was a «huge difficulty» in arranging vehicles» for this service.

"The vehicles they have are for all units and many of them used their bicycles to travel," he exemplified. 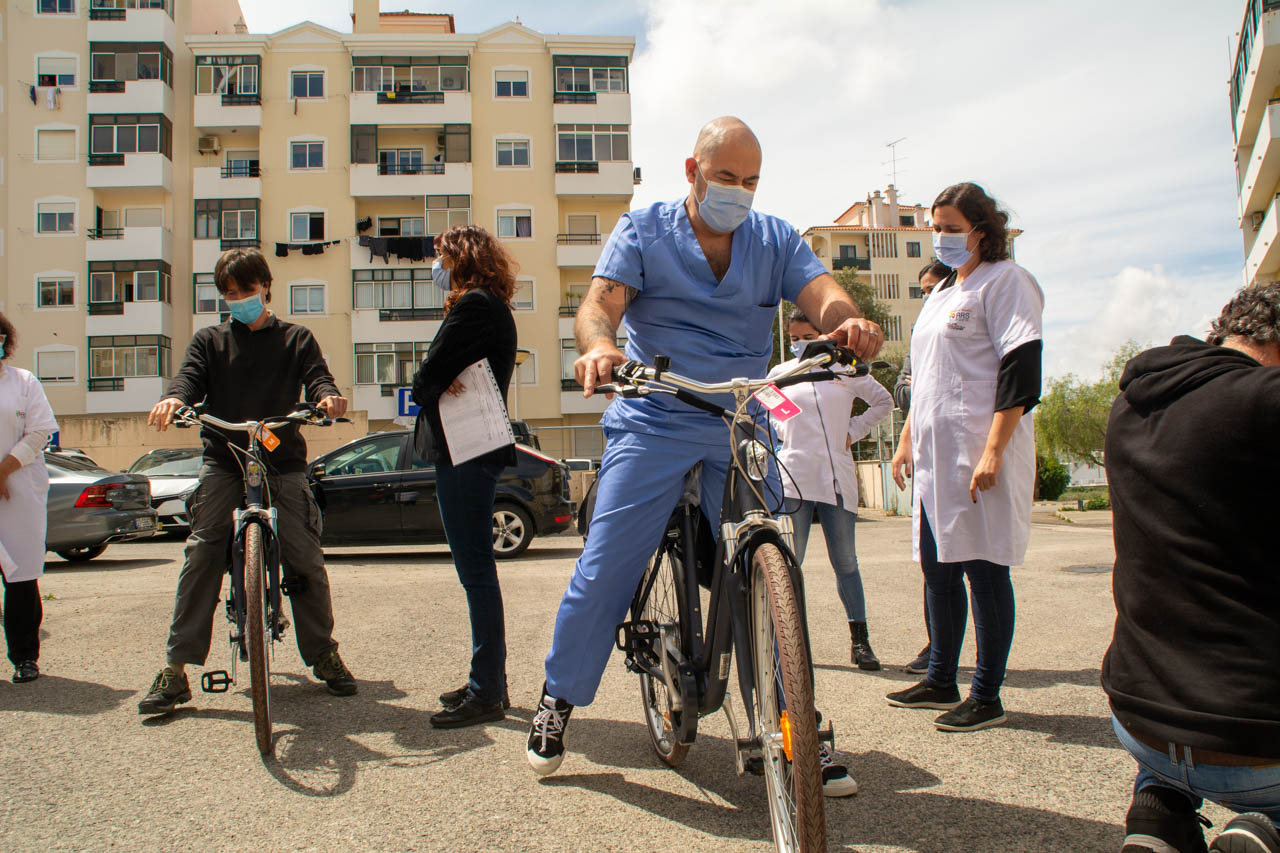 Having said that, the City Council, in an investment of around 5 thousand euros, decided to buy four electric bicycles to deliver to doctors and nurses who travel to users' homes.

Despite having been previously planned, the initiative, carried out at a time when these professionals are at the forefront in the fight against Covid-19, gained “greater symbolism”.

«From the conversations I have had and the visits I have made here to the Health Center because, theoretically, on January 1st, we should have had a transfer of competences in the health area, this was one of the requests we had. They chose the bikes, we ordered and they arrived the day before yesterday», explained the mayor.

According to Rogério Bacalhau, this home support service, which provides, for example, services such as the delivery of medication, dressing changes or the simple monitoring of patients, is making "an average of 380 visits per month". Most are in the city of Faro, but there are also «some cases in the rural parishes» of the county.

Sílvia Cabrita, executive director of the Central Health Centers Group (ACeS), which brings together the Municipalities of Olhão, Faro, São Brás de Alportel, Loulé and Albufeira, also participated in this initiative and explained that this «is an innovative project in the Algarve and even at national level».

“We have all weather conditions and the city itself allows cycling. We launched the challenge to a team of medical and nursing healthcare providers, a young team that saw this project with great enthusiasm», he said.

In fact, in today's delivery, the health professionals who make up the team (six doctors and six nurses) did not hide their joy at receiving the bicycles, trying them out immediately.

Starting next week, they will use them on their journeys.

«The bicycles have bags that allow you to take the equipment and it will always be a closer relationship with the patient. Health care, at this stage, is very important and, with this home support, we can prevent people from going to the health center», he considered.

By using the bicycles, health professionals are also both "exercising and helping sustainability," he said. 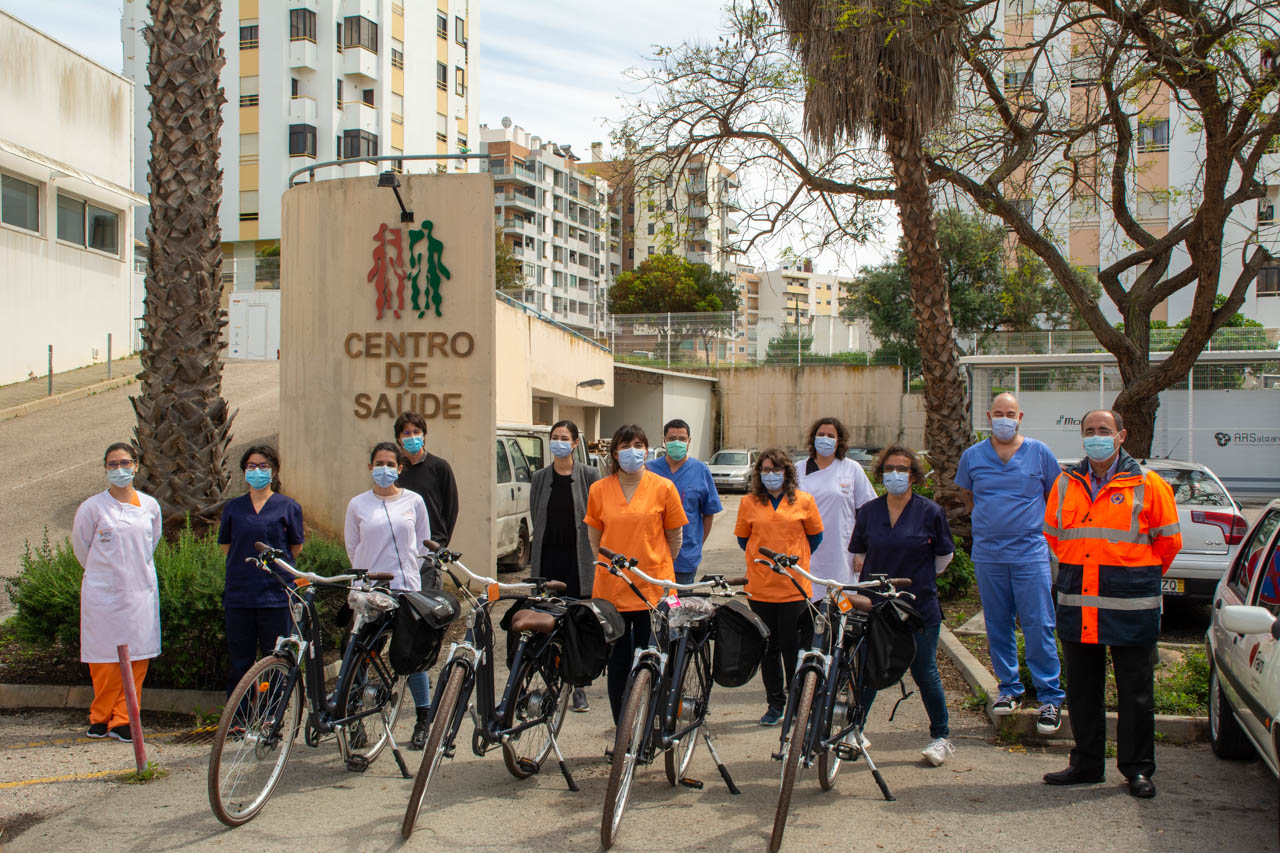 And will this initiative be replicable in other Algarve municipalities that make up ACeS Central? Sílvia Cabrita believes so, since there are «flat areas that allow us to provide this answer».

Em Farothe starting shot is given. In addition to delivering the bicycles, the municipal executive visited, this Friday, the Penha Municipal Pavilion, where a field hospital is being set up to be activated, if necessary, within the scope of Covid-19.

The afternoon ended with the delivery of personal protective equipment to Santa Casa da Misericórdia in Faro. 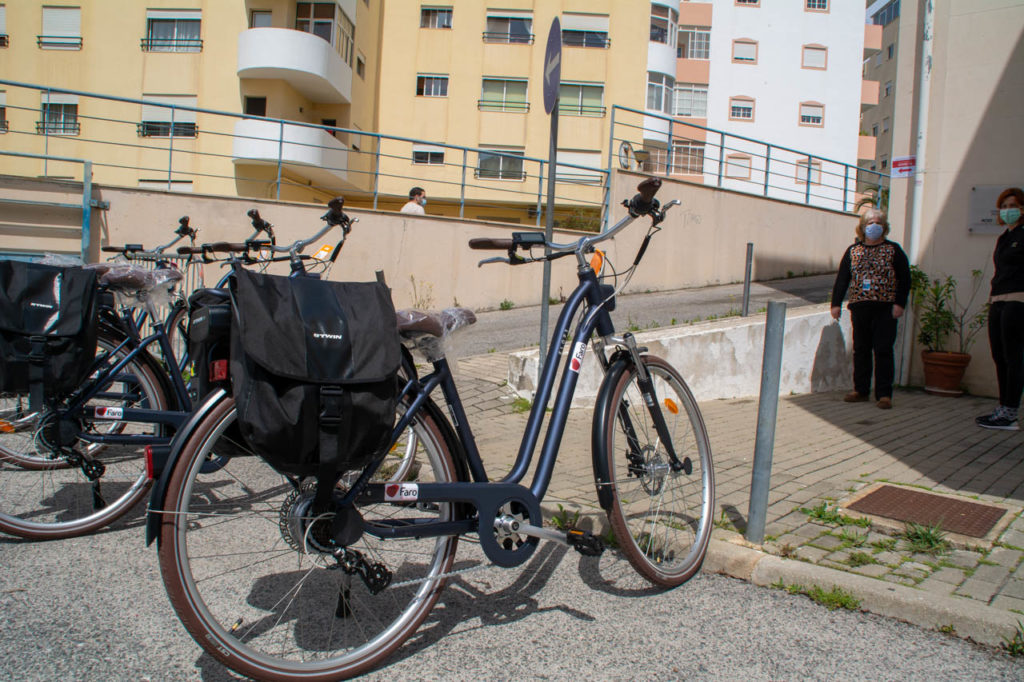 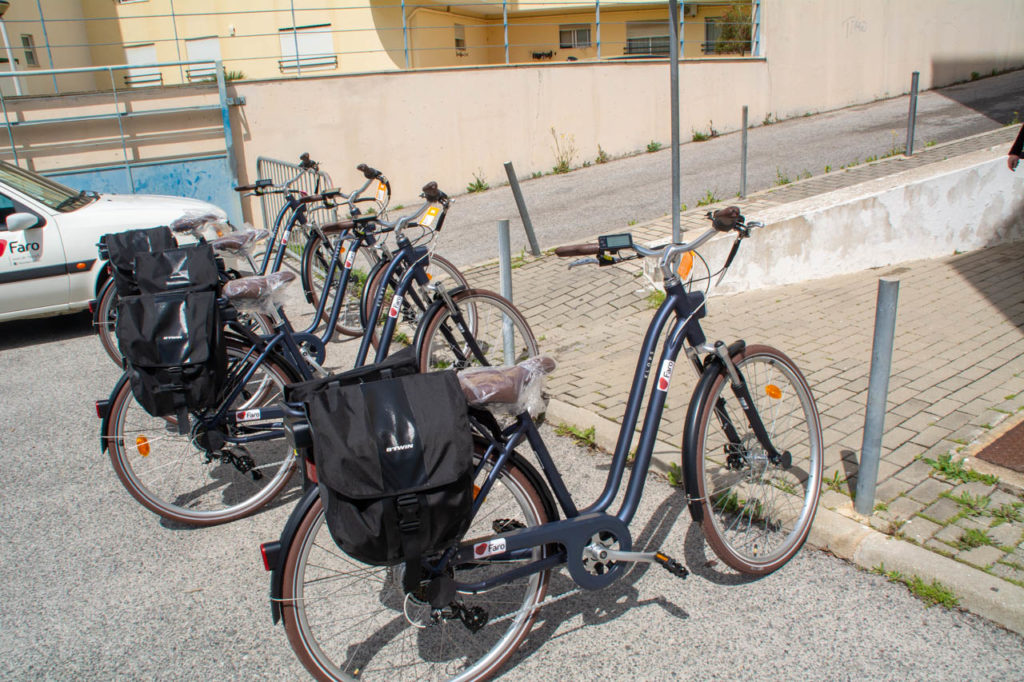 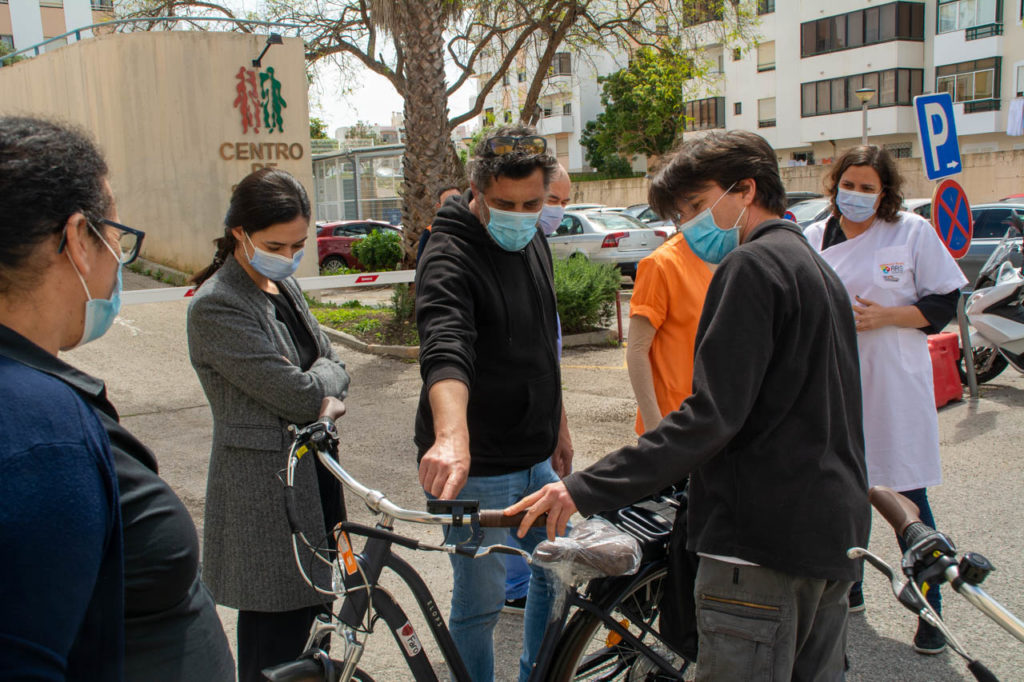 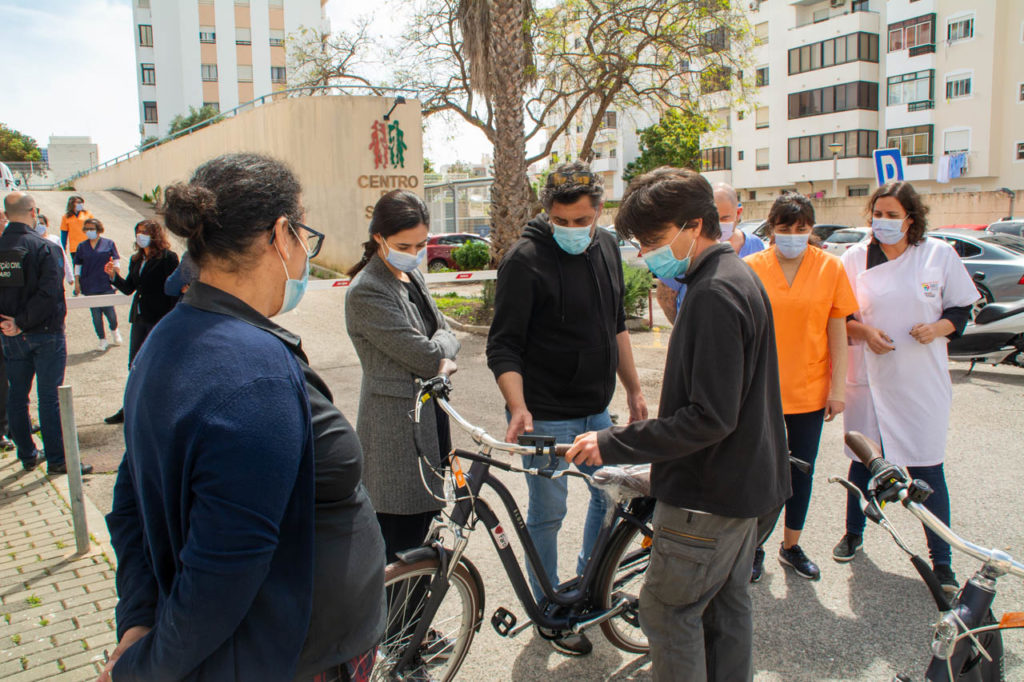 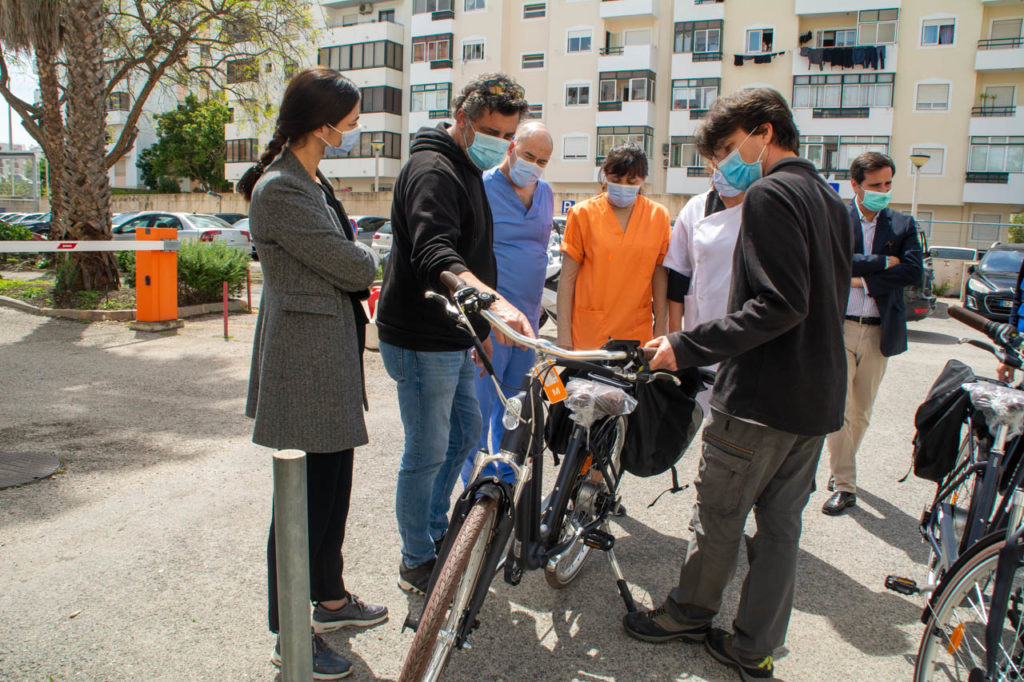 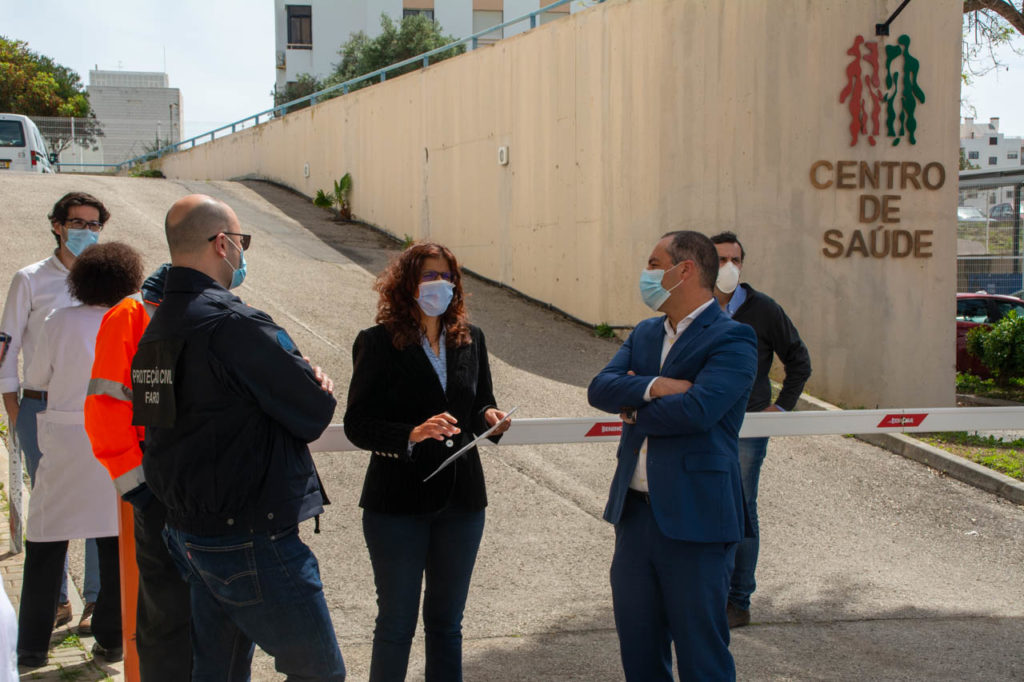 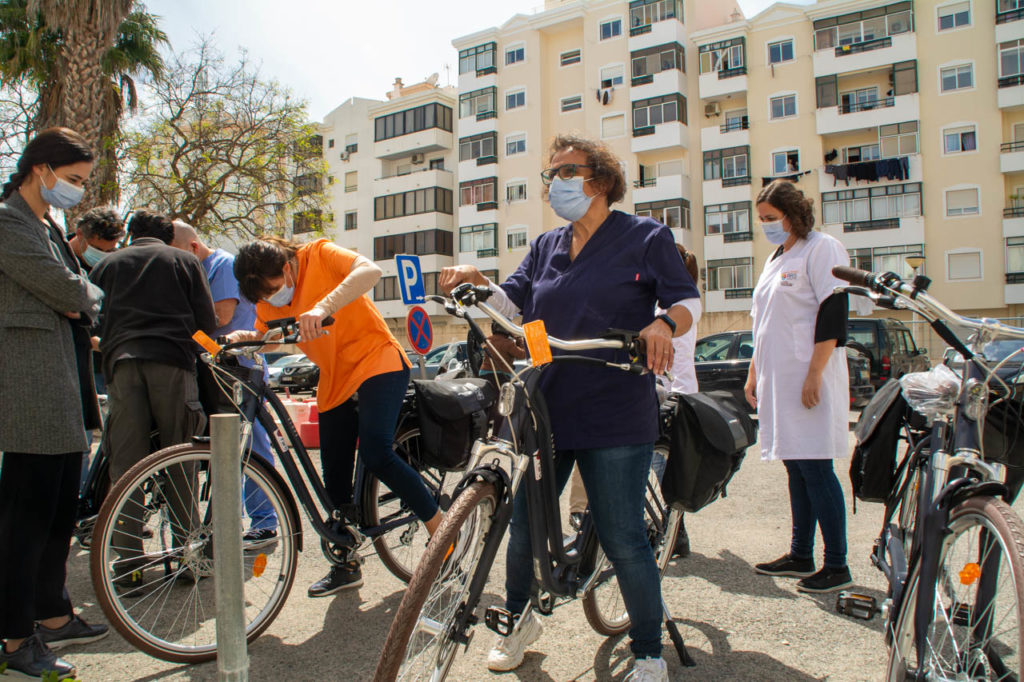 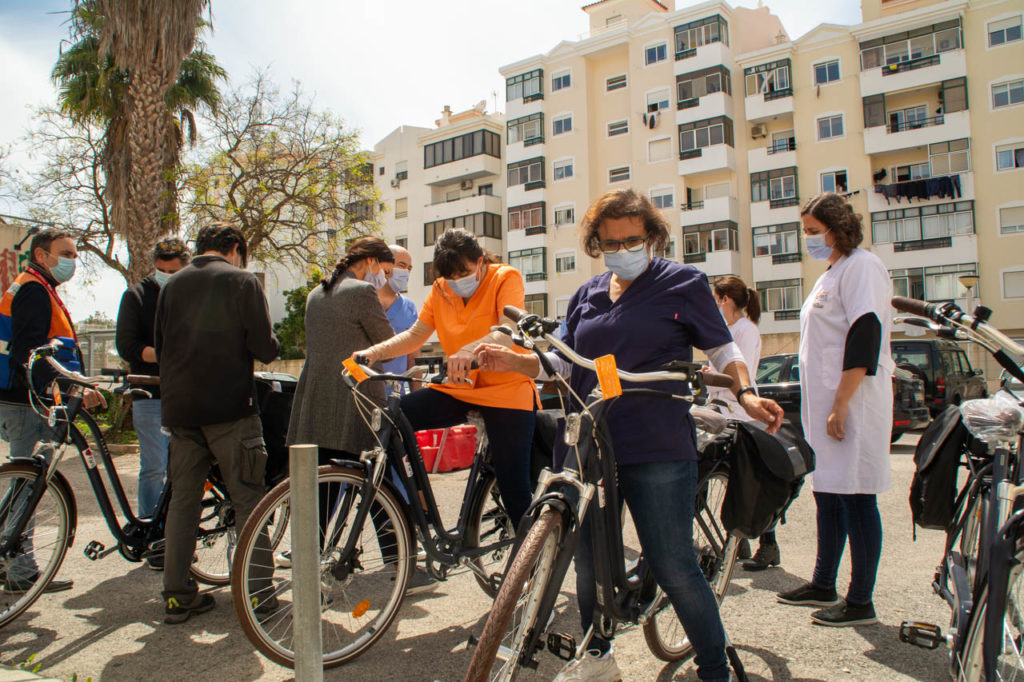 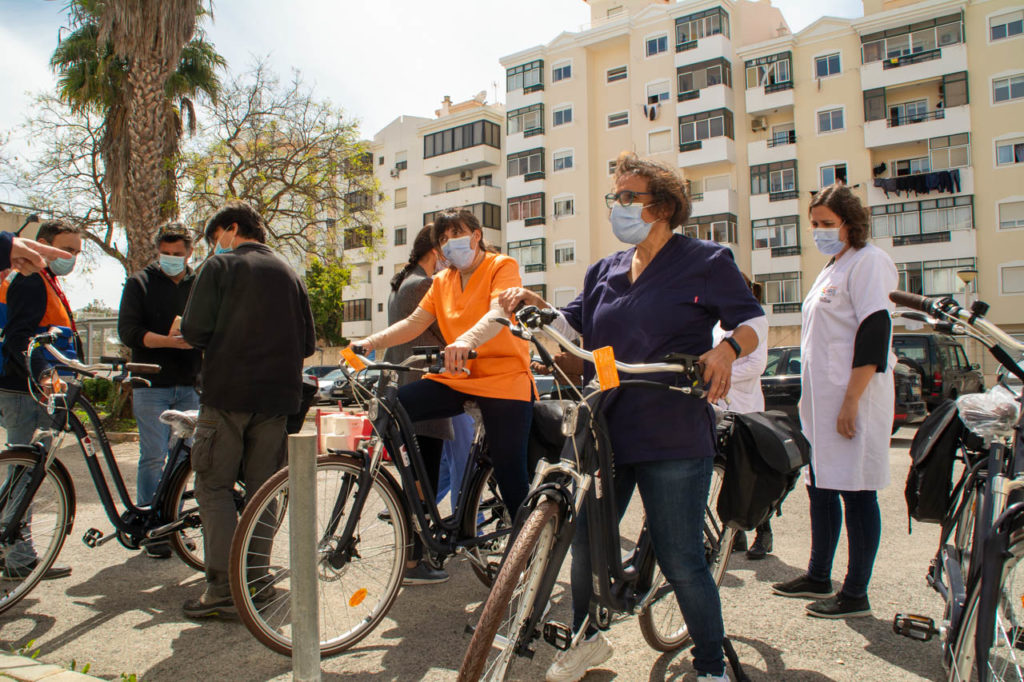 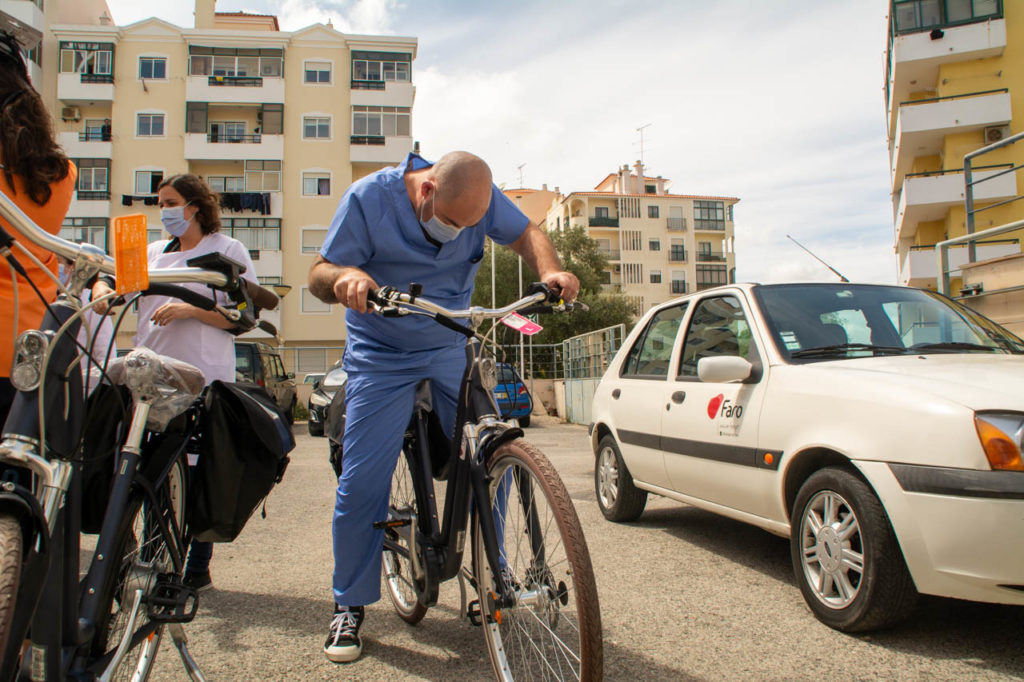 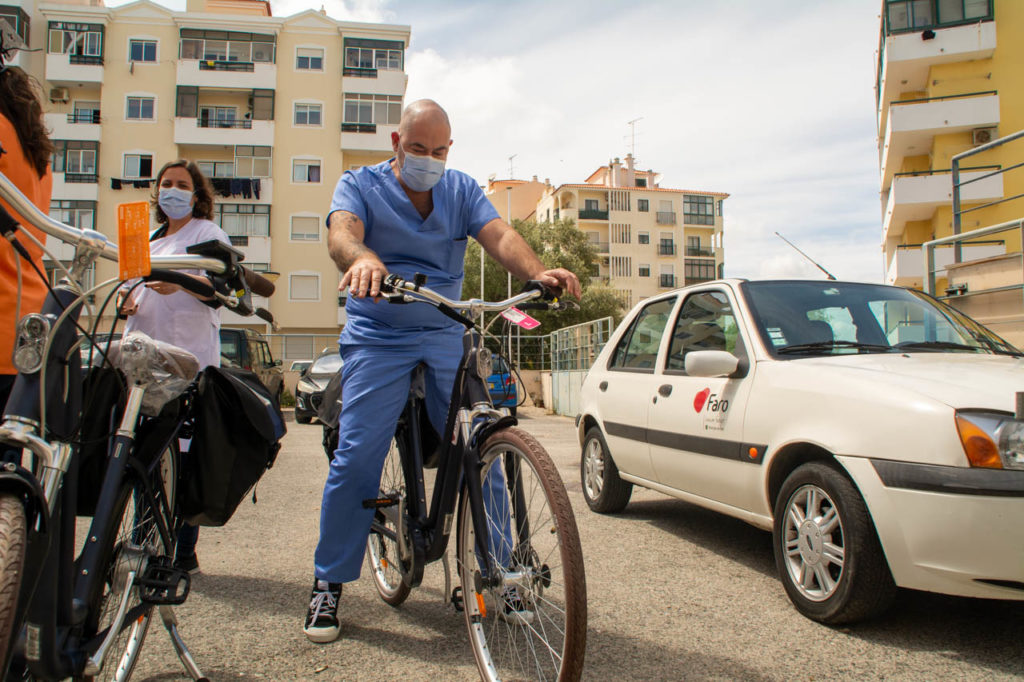 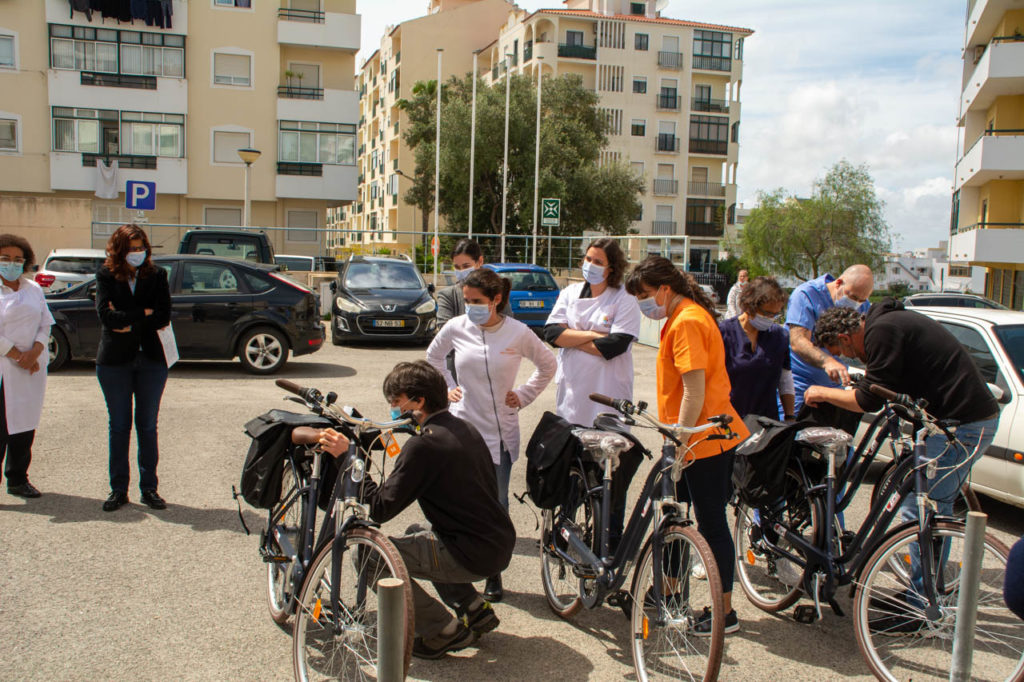 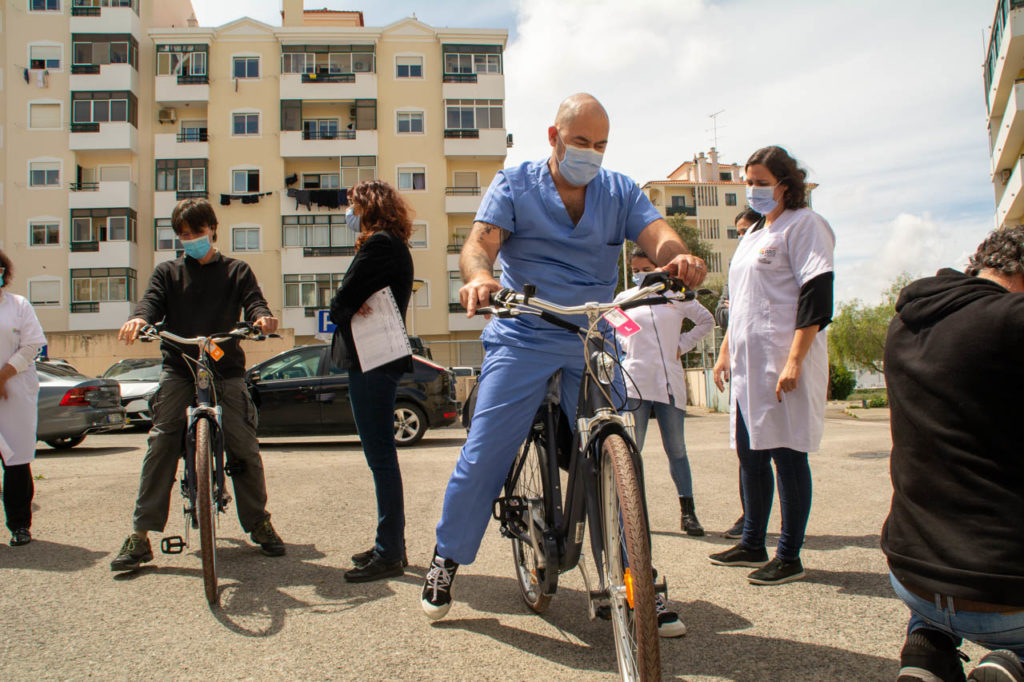 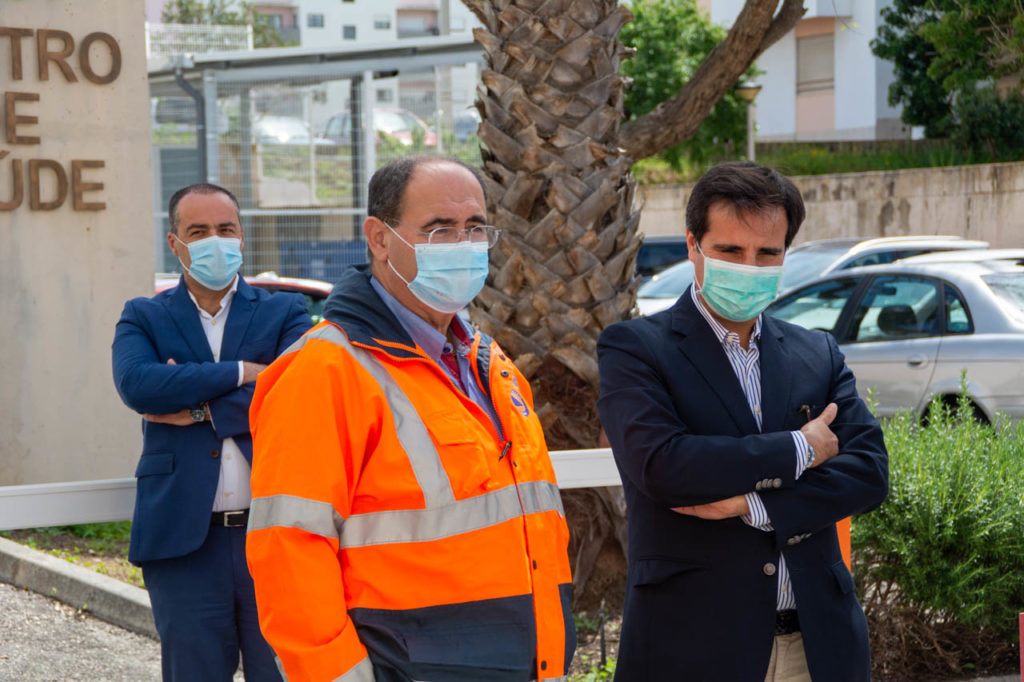 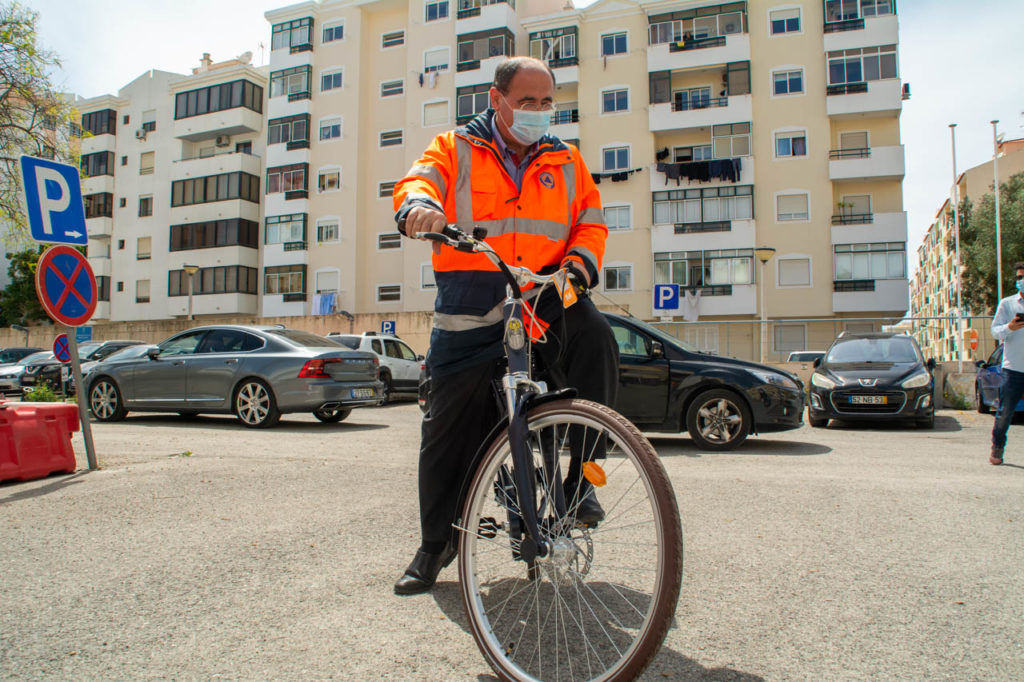 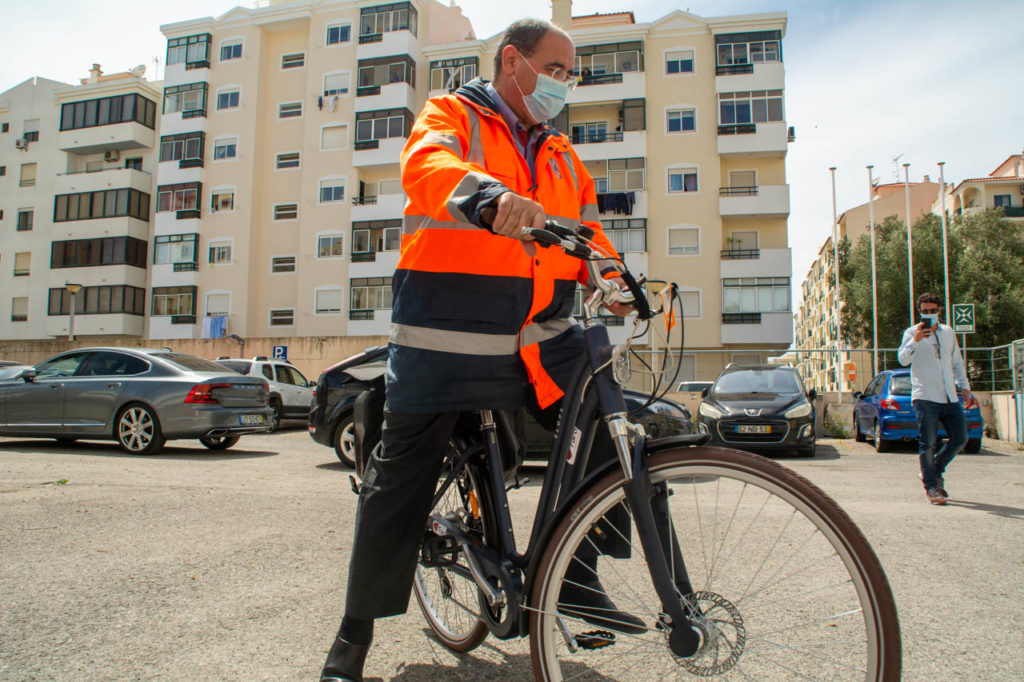 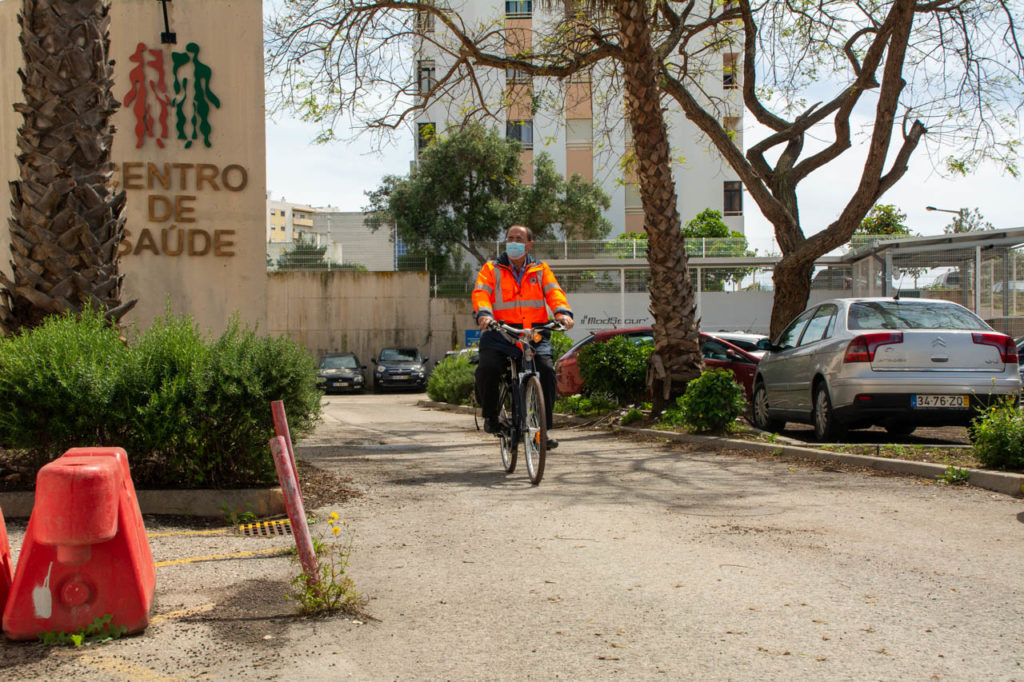 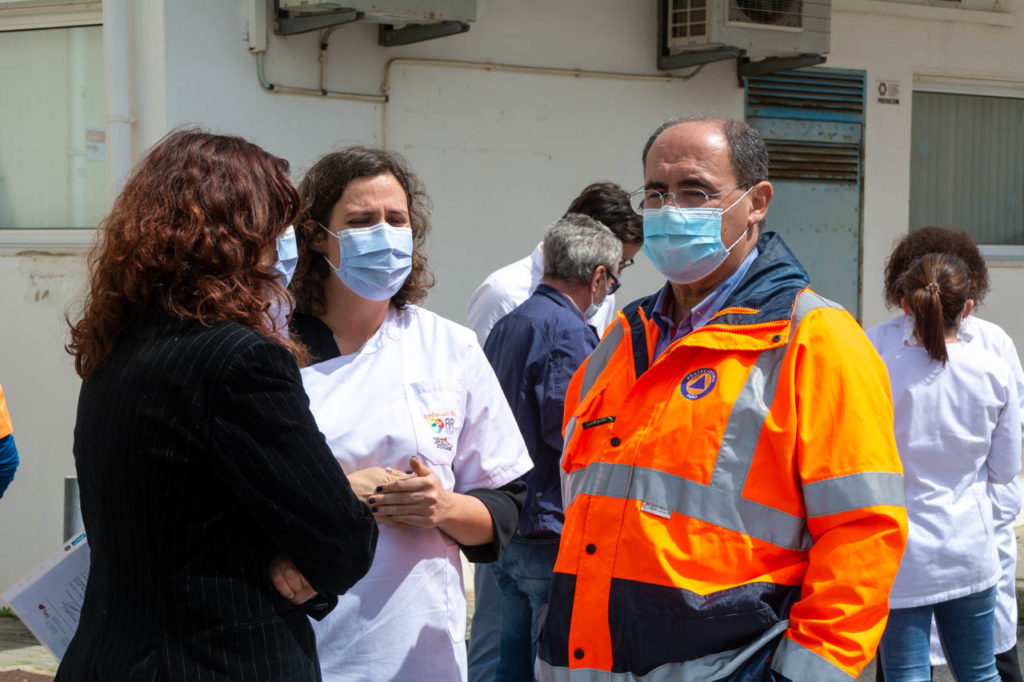 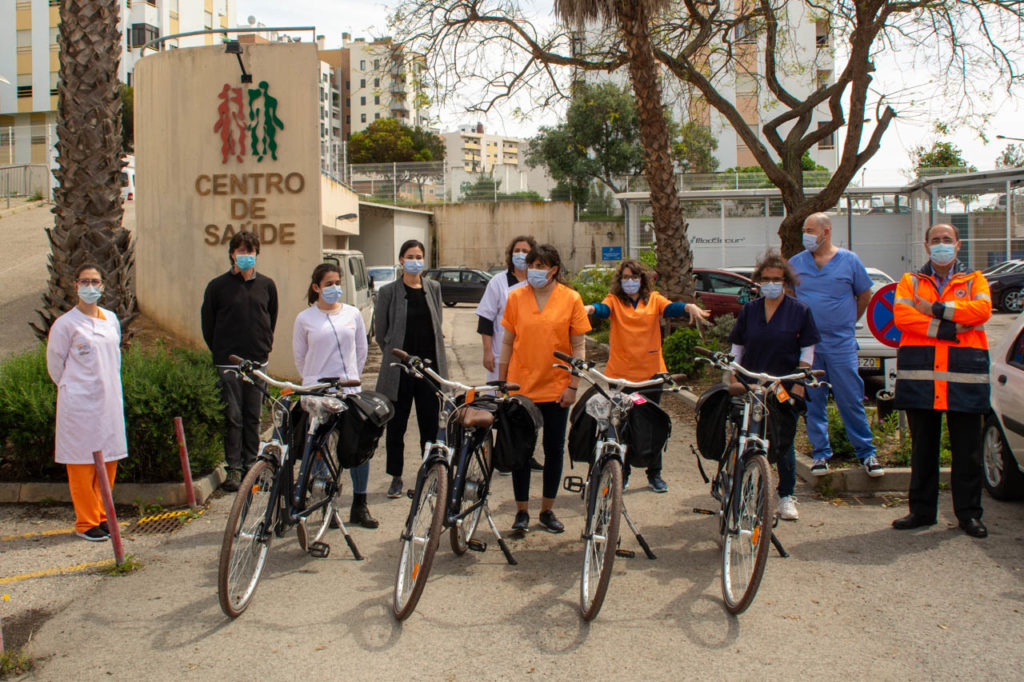 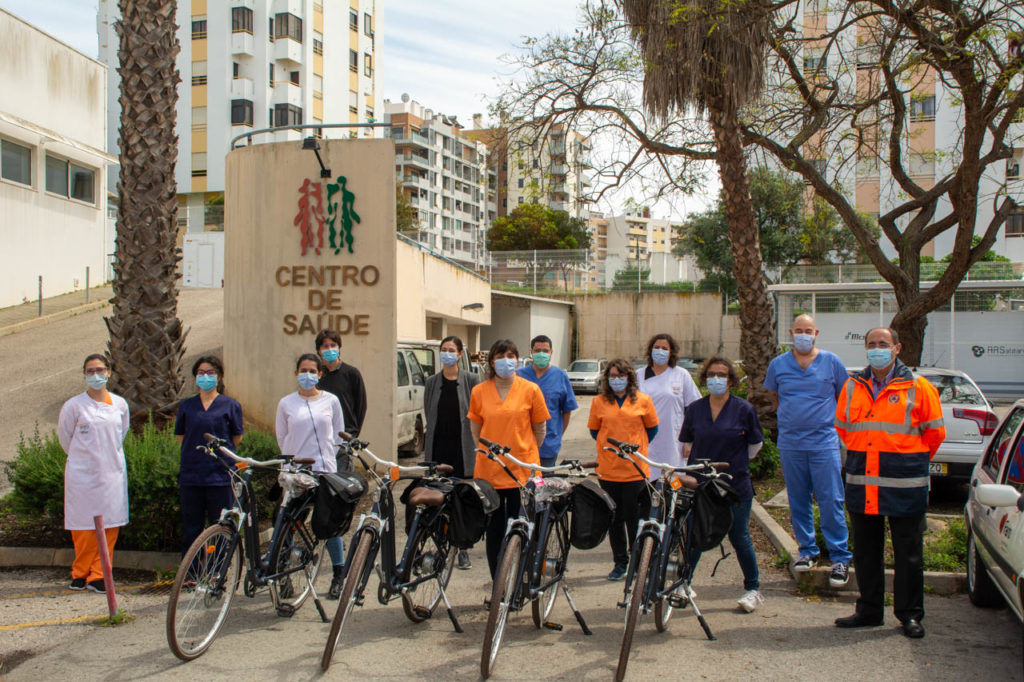 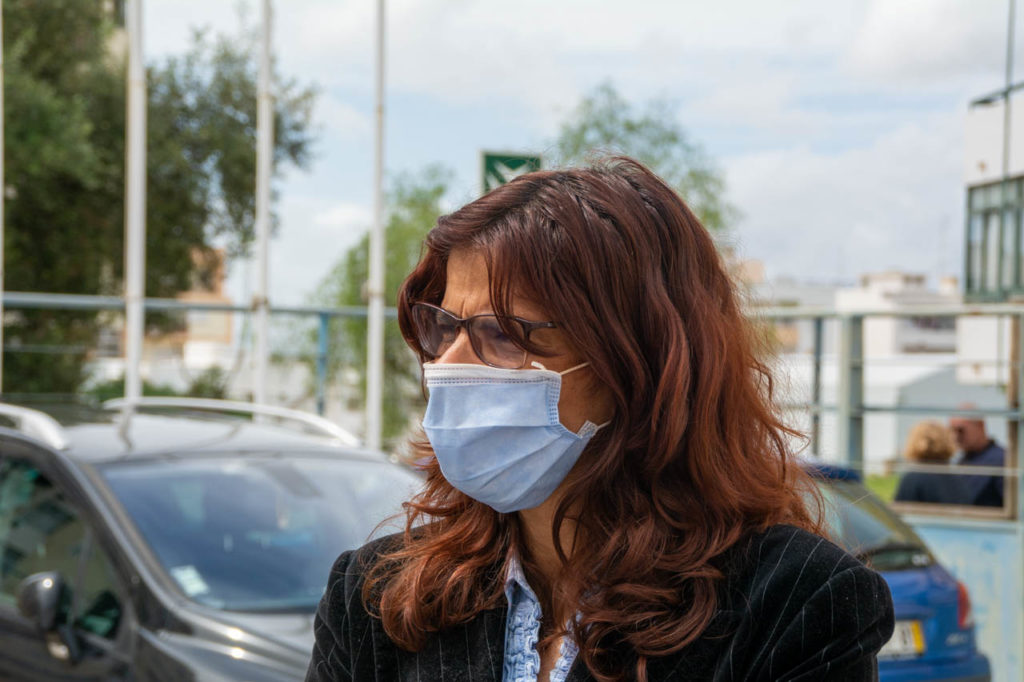 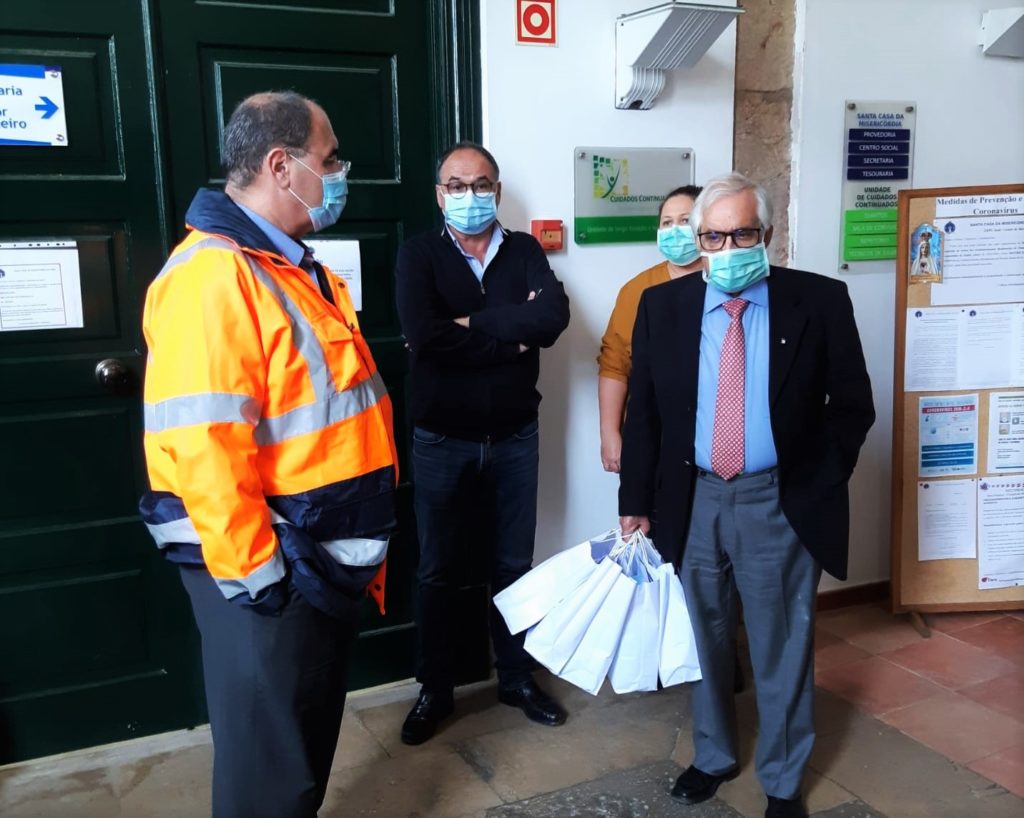 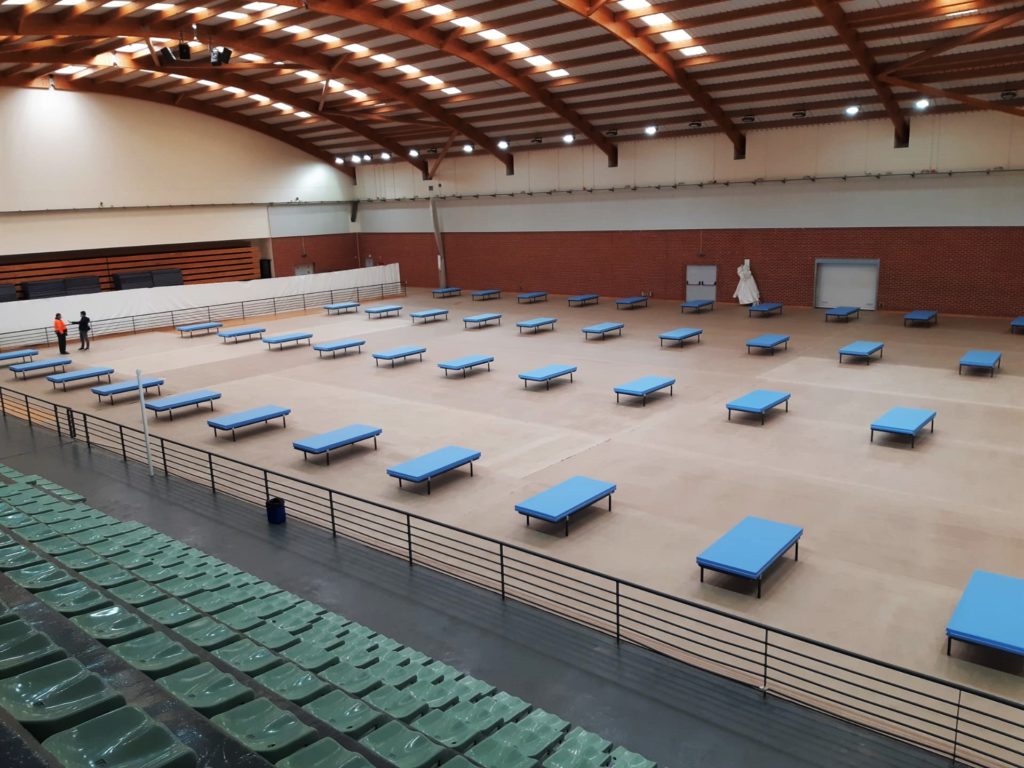