Graça Freitas and the mistakes in the data: «we are not here against each other»

Director-General of Health said that it is necessary to "reconcile these differences in reporting", still maintaining the right to "confidentiality" 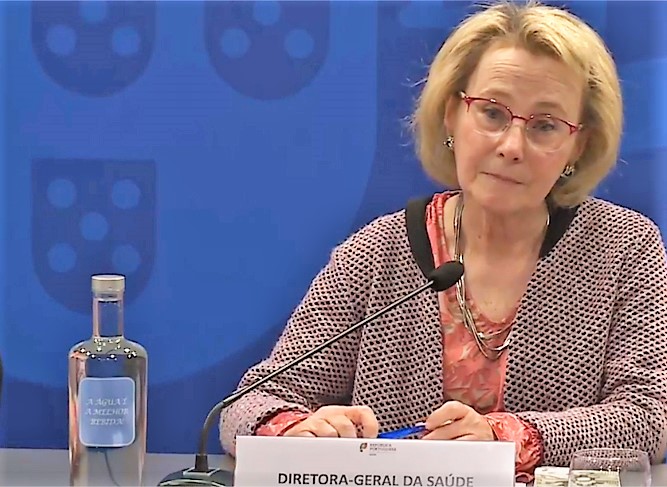 "We are not here against anyone, not against each other". The theme of the "mismatching" of data on Covid-19, between the Directorate-General for Health and regional and local entities, was once again addressed at the press conference this Sunday, 12 April. Graça Freitas, Director-General of Health, recognized that it is necessary to "reconcile these differences in the reports", maintaining, even so, the right to "confidentiality".

The theme had already been talked about at yesterday's conference, with Minister Marta Temido saying that "there is no prohibition" on the sharing of information by regional health entities.

Today, the issue has been addressed again, but by Graça Freitas.

“As you know, we have an organization in our territory that is based on a network of health authorities. These authorities, since this crisis is a health crisis, have access to the same information that the national level has, namely SINAVE», he began by explaining.

The director-general of Health assumed, however, that there may be "rights and wrongs in the information", explaining why.

“A person can have the national user registration in a certain region or locality, but then, in practice, he already has his residence in another locality. It may even happen that you got sick elsewhere. These mistakes, when going to the micro level of the municipality or parish, can give different numbers. The same citizen can be registered on one side, reside on the other and get sick on another side," he exemplified.

For Graça Freitas, “there is no need to create crises with these granular differences in information”.

“We have to be very careful and this is an appeal I make not to violate what are called confidentiality rules. There are national rules, decided by the National Institute of Statistics, which preserve people's rights», he stressed.

“There is micro information, namely below three cases, which should not be published in order not to betray the confidentiality of the data. People are entitled to reserve their life. I would like to point out that this desire to disclose data, in a particular village, in a particular town, in a particular municipality, must always be taken into account that very small numbers in small territorial units lead to the statistical rule not being complied with,” he added.

In the opinion of the Director-General of Health, what is needed is "to reconcile these differences in the reports".

"We have to collaborate with each other to get methodologies right, and I say again this is a health crisis and the network of health authorities will be the network that will have the best information, without prejudice that other entities in the field also have information," he added. .

But, he concluded, it was “good that they agreed so that there was only one report and that it respects the statistical rules”, he concluded.