Faro: Reopened circulation on the “Estrada de Olhão” after works

A new phase of the work will limit traffic in another area of ​​Rua Reitor Teixeira Guedes, better known as Estrada de Olhão 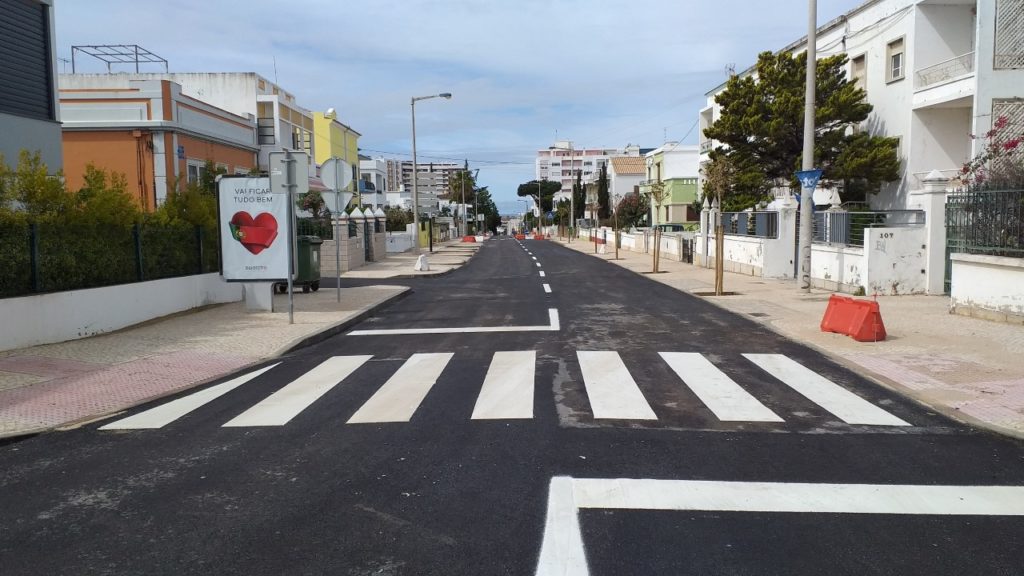 Rua Rector Teixeira Guedes, in Faro, commonly known as Estrada de Olhão, was once again reopened to circulation, after the construction of a new roundabout at the intersection of this artery with Avenida Dr. Júlio Almeida Carrapato.

The same intervention also included the improvement of the section that connects this intersection to the traffic lights with Rua Ataíde de Oliveira (which connects Avenida 5 de Outubro to Largo de São Luís).

Now, a new phase of the work will be advanced, which will force the restriction of traffic in the section from these last traffic lights to the intersection with Rua General Humberto Delgado (which gives access to Largo do Mercado Municipal).

"Included in the municipal plan for the recovery of the road network and public space"Faro Requalify 5”, this important intervention is re-qualifying a significant part of this artery, also known as the Olhão road, namely in terms of the street belt, pedestrian mobility, green spaces and lighting that is now LED», according to the Chamber in Faro.

The work was awarded last October to the Faroese company Rolearon, for a value of around 343 thousand euros, «and continues the intervention to improve the eastern section carried out in 2018».