Faro wins a roundabout and a new tourist attraction at once

New roundabout at Calouste Gulbenkian refers to kilometer 738, the last on the EN2 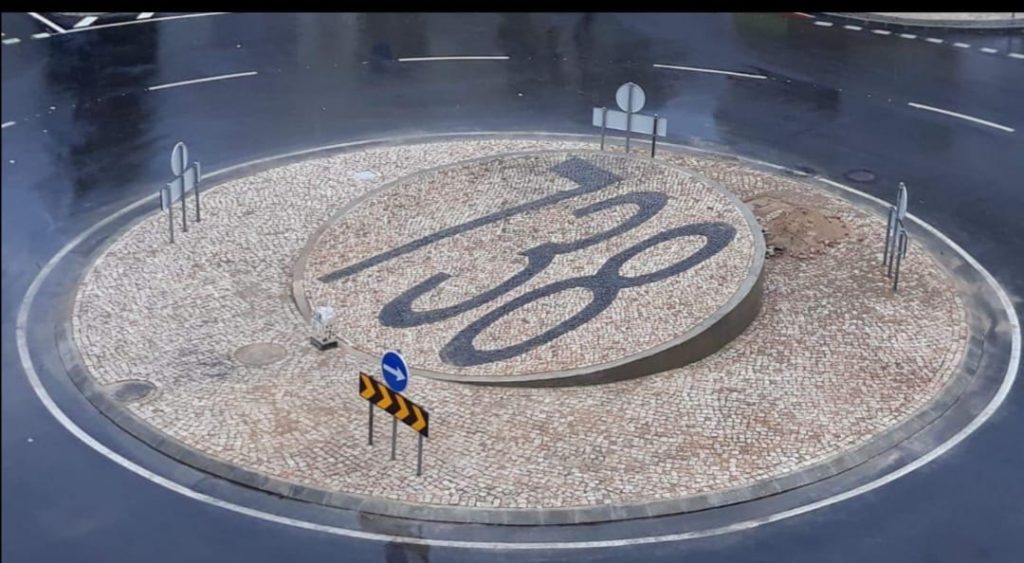 The new roundabout at the intersection between Avenida Calouste Gulbenkian and Rua do Alportel, in Faro, has already been completed. More than a project to improve car circulation, this intervention also served to create a new point of attraction and visibility linked to the EN2.

In the center of the roundabout, the number 738 is inscribed, relating to the number of kilometers that separate Chaves from Faro, the two ends of the EN2. The new roundabout thus came to mark the end of this iconic road.

This number is inscribed on the roundabout, «a semi-elevated structure, ten meters in diameter», made in Portuguese pavement. «In the center of the roundabout, the original EN2 landmark was also replaced, which, over the last few years, has become a symbol for travelers who complete this mythical route, which is already a tourist product», according to the Chamber of Faro.

With regard to its primary function, the roundabout “will contribute to a significant improvement in car traffic in a nerve-racking area of ​​the city of Faro», as it allowed the removal of traffic lights that used to exist at this intersection.

The work, which cost around 230 thousand euros, «also included interventions in terms of pavements, signaling, public lighting and telephone infrastructure».