Data from the DGS epidemiological bulletin this Saturday, April 18th 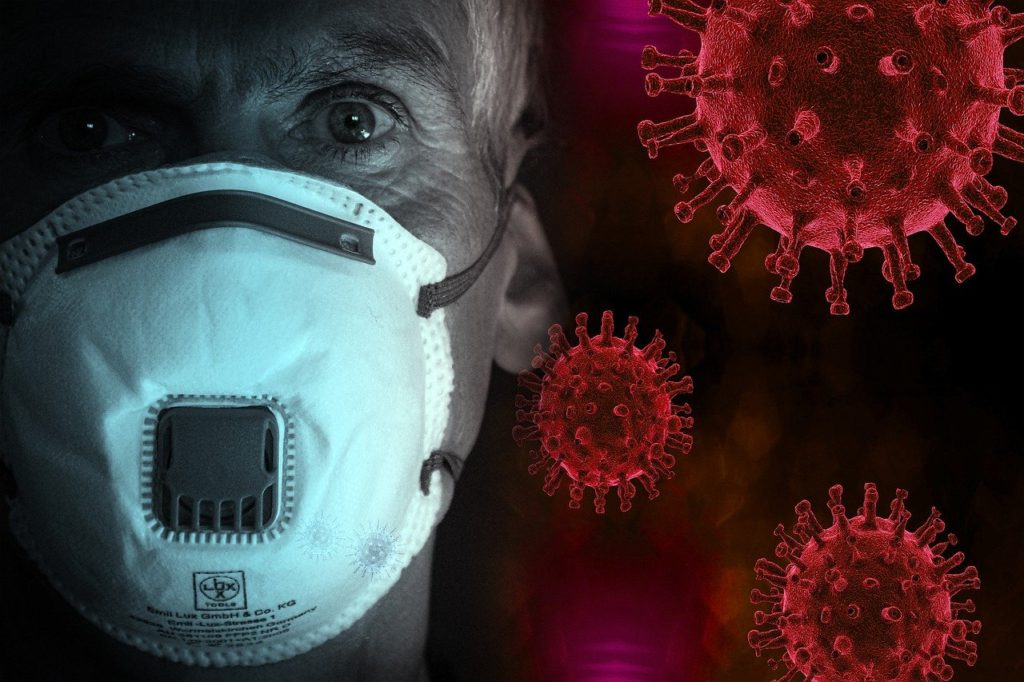 The Algarve has 306 cases of Covid-19, while Alentejo registers the same 158 as yesterday. Across the country, there are 19685 confirmed cases and 687 deaths, a number slightly above the number recovered, which are already 610, according to today's data from the epidemiological bulletin of the General Directorate of Health (DGS), which has just been released.

Compared to yesterday's numbers, the Algarve has only one more infected, from 305 to 306. In Portugal, the increase was 663.

The number of deaths remains the same in the Algarve (9) and in the Alentejo region, where there is no death to be regretted.

When it comes to deaths, there are now 687 confirmed nationwide, 30 more than yesterday.

Highlight also to the number of recovered, which are already 610, 91 more than the 519 yesterday. 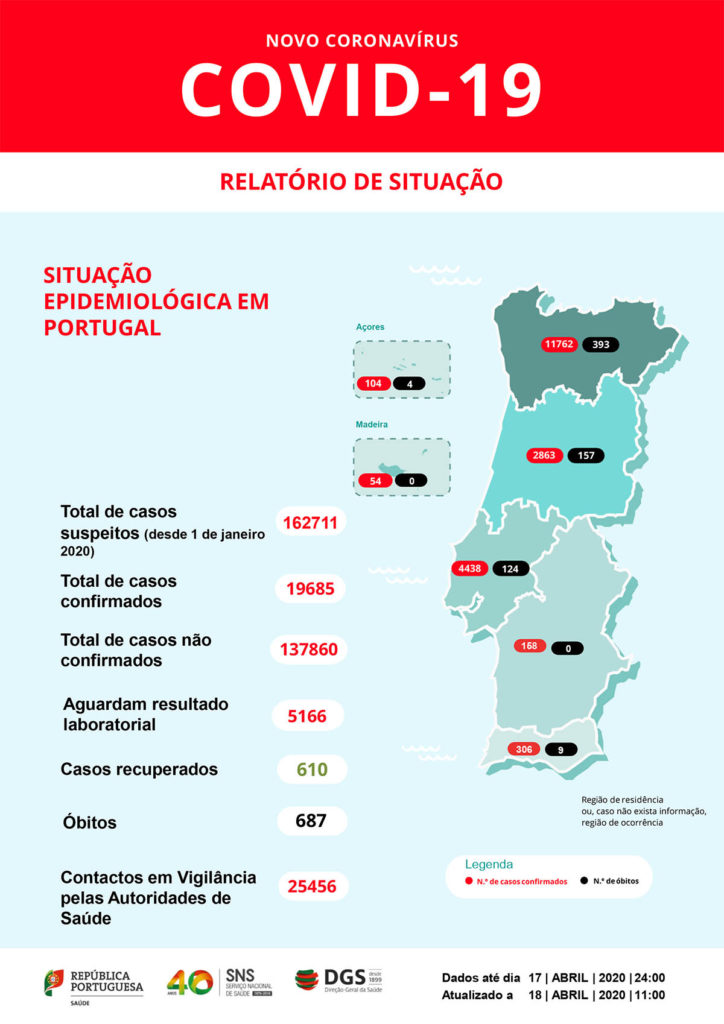 The DGS also advances that there are 1253 people hospitalized, 31 less than yesterday, 228 of which are in intensive care (more 6).

Currently, 5166 citizens are awaiting laboratory results, while another 25456 are in surveillance contact with the health authorities. 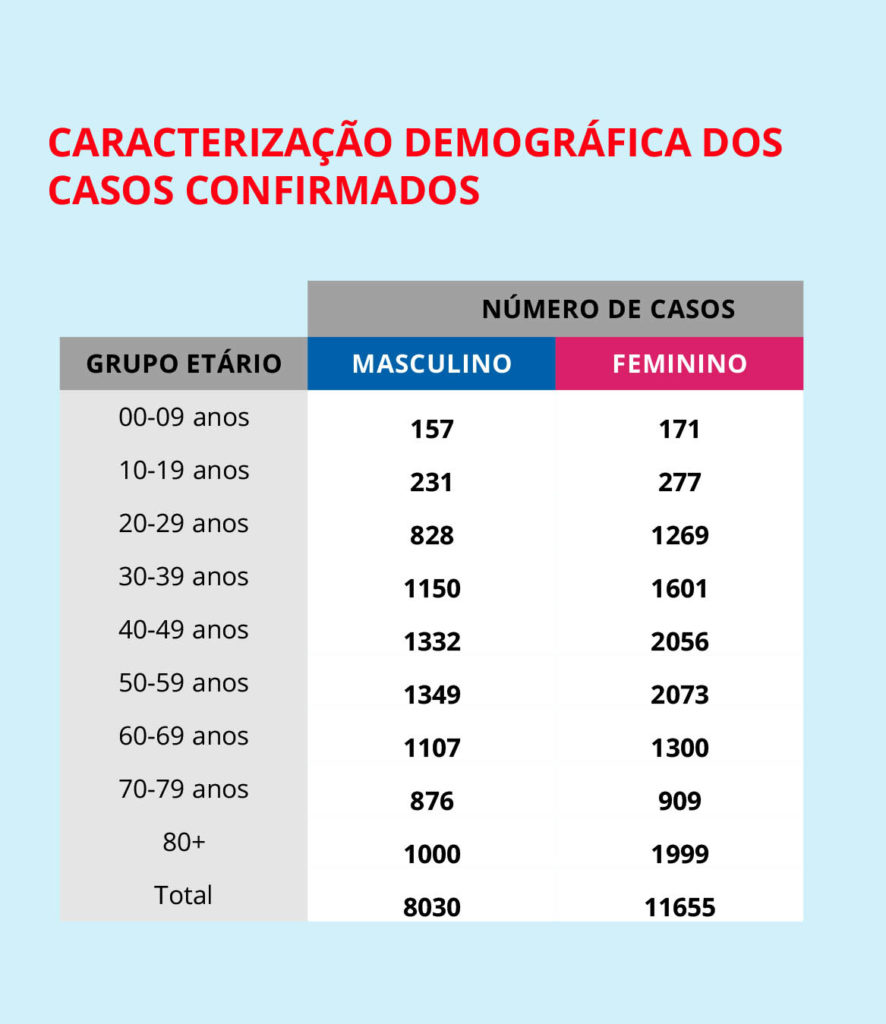 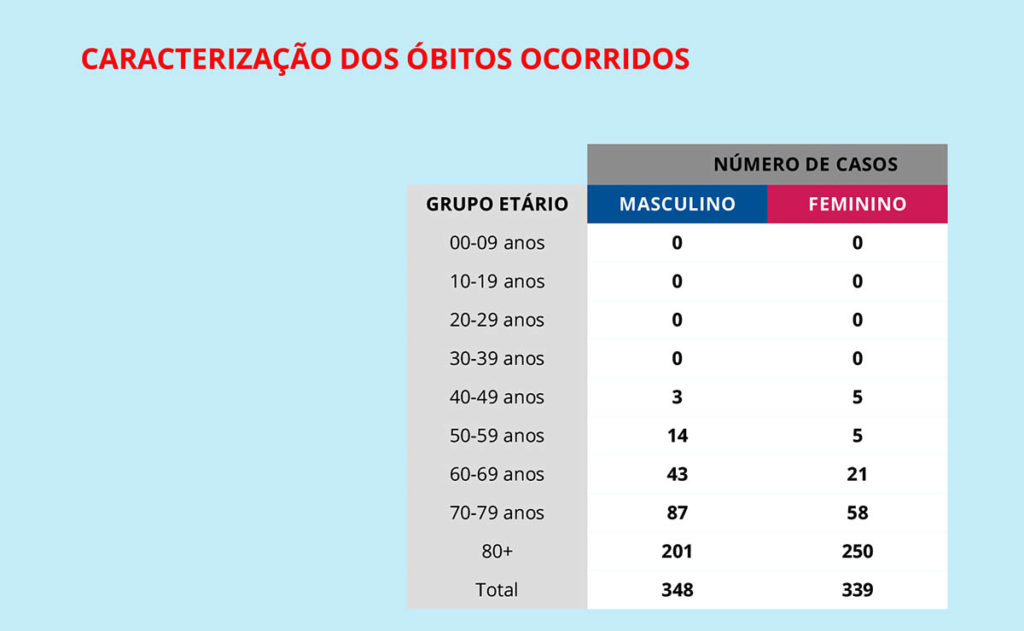