Harvests for screening tests have already started yesterday, in Portimão 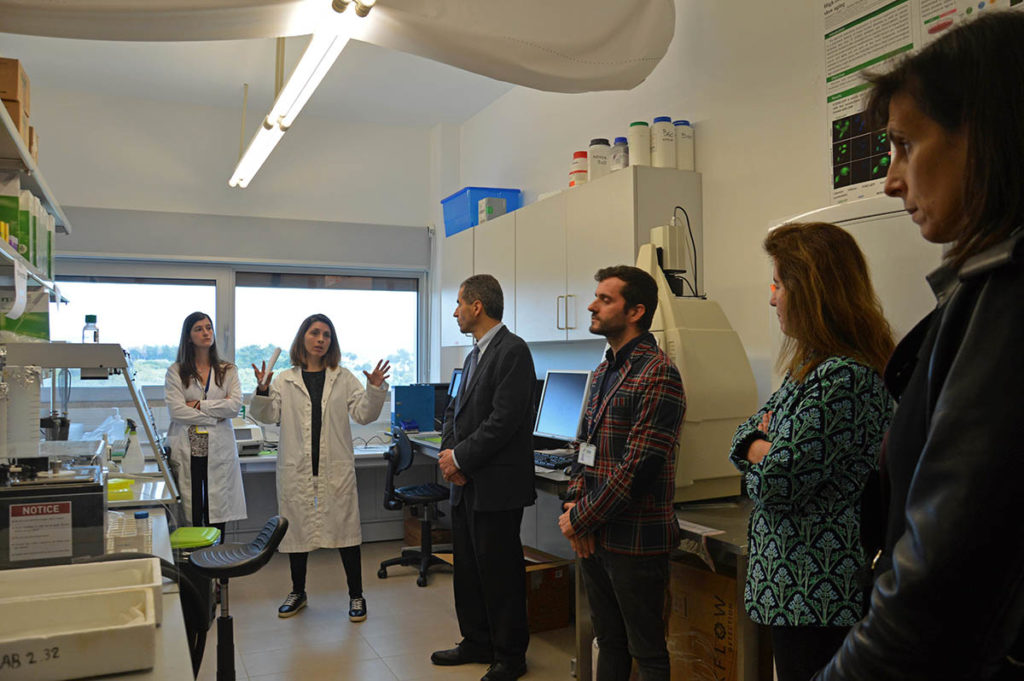 A total of 6000 people, in homes and day care centers in the Algarve, covering «the elderly, those who work there and those who can visit them» will be tested over the «next three to four weeks» announced today the director of the Algarve Biomedical Center (ABC).

Nuno Marques spoke during the visit this morning that two ministers – Ana Mendes Godinho, of Labour, Solidarity and Social Security, and Manuel Heitor, of Science, Technology and Higher Education – and a Secretary of State – Jamila Madeira, Deputy and Health – made to the Department of Biomedical Sciences and Medicine of the University of Algarve, in the campus of Gambelas, Faro.

The visit, accompanied by a vast delegation, including mayors, members of the ABC or DCBM, the rector and other university officials, other regional leaders, journalists, began precisely at the laboratories of the UAlg Research Center in Biomedicine (CBRM), where the Covid-19 screening samples made to users and employees of nursing homes in the Algarve are already being analysed.

Harvesting, as announced by Nuno Marques, director of ABC, began yesterday, March 31, in a home in the municipality of Portimão.

In addition, in these same laboratories, the CBMR is also currently developing a liquid medium for the conservation of swabs, used in testing the new coronavirus.

Minister Manuel Heitor insisted on "recognizing the extraordinary, even spectacular work" that was done under the coordination of the ABC, in the Algarve, "in the last few days". “There is a unique and unprecedented team here, which quickly implemented protocols” to make everything work.

The official responsible for the Ministry of Higher Education guaranteed that this example of the Algarve university is to be "spread throughout the country", by "replicating this experience" in other academies, such as Lisbon, Coimbra, Vila Real or Bragança.

Nuno Marques, director of ABC, added that «knowing that the elderly are the most vulnerable, last weekend – it seems so long ago, but it was just a few days ago – we developed a protocol», in conjunction with the Ministry of Labor, Solidarity and Social Security, to assess the situation of nursing homes in the Algarve region.

In addition to the Covid-19 screening tests, which started yesterday, “action plans” are also being developed, even reviewing, if necessary, the contingency plans that each of the institutions already had. "If any cases are identified" in the homes, "there will be measures to be implemented, inside and outside the homes", explained Nuno Marques.

A “24-hour technical and telephone support” was also created, with doctors and nurses from ABC, to answer questions from those responsible for the homes.

But that's not all that ABC has been doing "in the last three weeks, already seeming to be much longer, working almost 24 hours a day." It is also within the scope of this Biomedical Center – which results from a consortium between the University Hospital Center of the Algarve and the University of the Algarve – an «alcoholic disinfectant solution» is being produced, as well as «swab transport liquid» and even the same swabs.

ABC is also responsible for the harvest center drive-thru which has been in operation for over a week next to the Algarve Stadium (and where, according to Isabel Palmeirim, director of the UAlg Integrated Masters in Medicine, so far «more than 500 harvests have been taken»), supports the call center connected to the SNS24 line, which is already answering 3000 calls a day, it analyzes the harvests taking place in homes…and also supports Mozambique, also in this Covid-19 pandemic.

Jamila Madeira, Assistant Secretary of State and Health, made a point of saying that she was there to "thank you, thank you, thank you". Mainly through the involvement of all sectors of society, universities, local authorities, "which have been the front line of the response", companies, workers, particularly those in homes. That alone, he stressed, has allowed a response throughout the country, "thanks to this joint work that we are doing", "breaking the chapels".

The visit to Gambelas also helped Minister Ana Mendes Godinho to sign, with Nuno Marques, the protocol that frames the project led by the ABC, with nursing homes in the Algarve, called Covid+70.

The two ministers and the secretary of state also visited the call centerOn Faro, where this research center is cooperating with the SNS24 line, with a hundred students of the Master of Medicine at UALg.

Then, they went to the Covid-19 testing center, installed next to the Algarve Stadium, which, in a drive-thru system, carries out collections of cases referred to by the health authorities, and which are then sent to the Regional Health Laboratory Dr.ª Laura Ayres, located opposite and was also visited shortly thereafter. 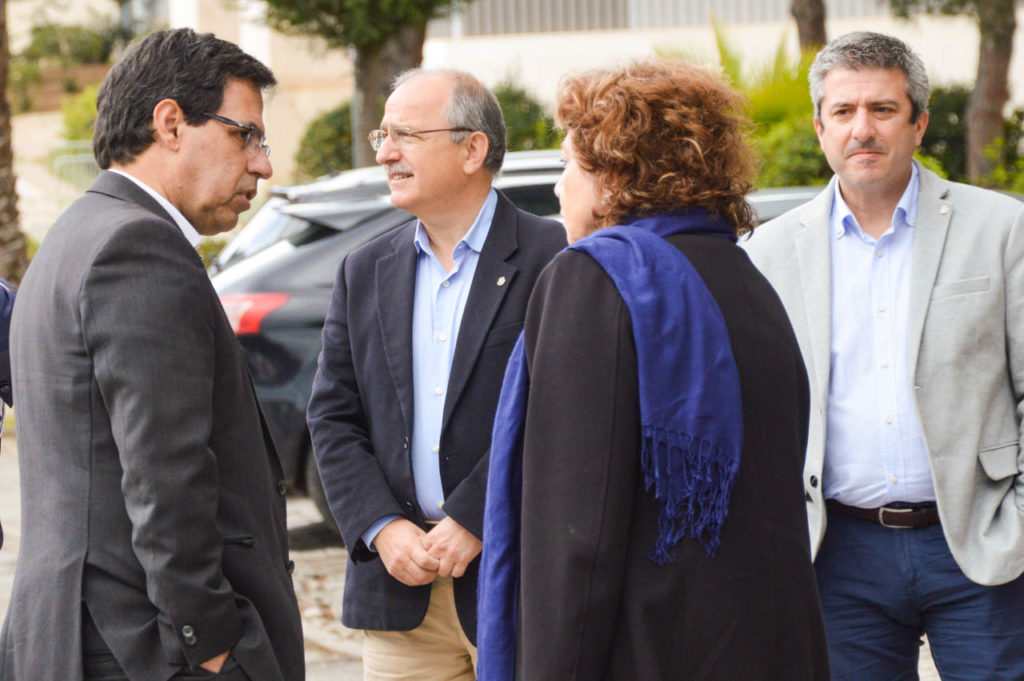 Dean Paulo Águas, with Vitor Aleixo and Ana Paula Gonçalves, Chairman of the Board of CHUA 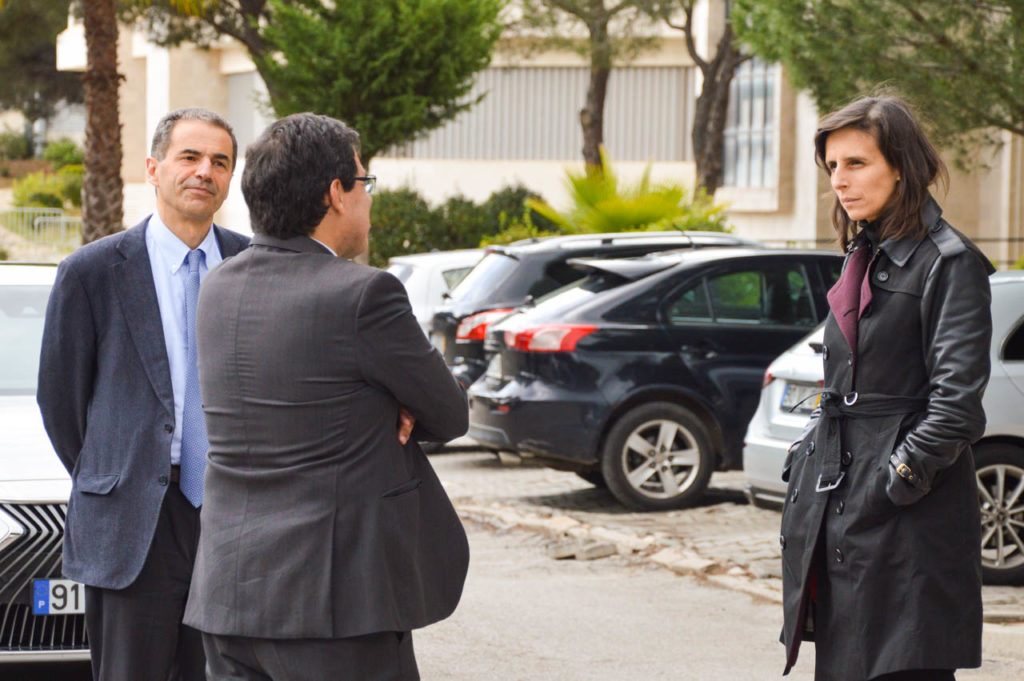 With due distances, the rector, the minister and the secretary of state 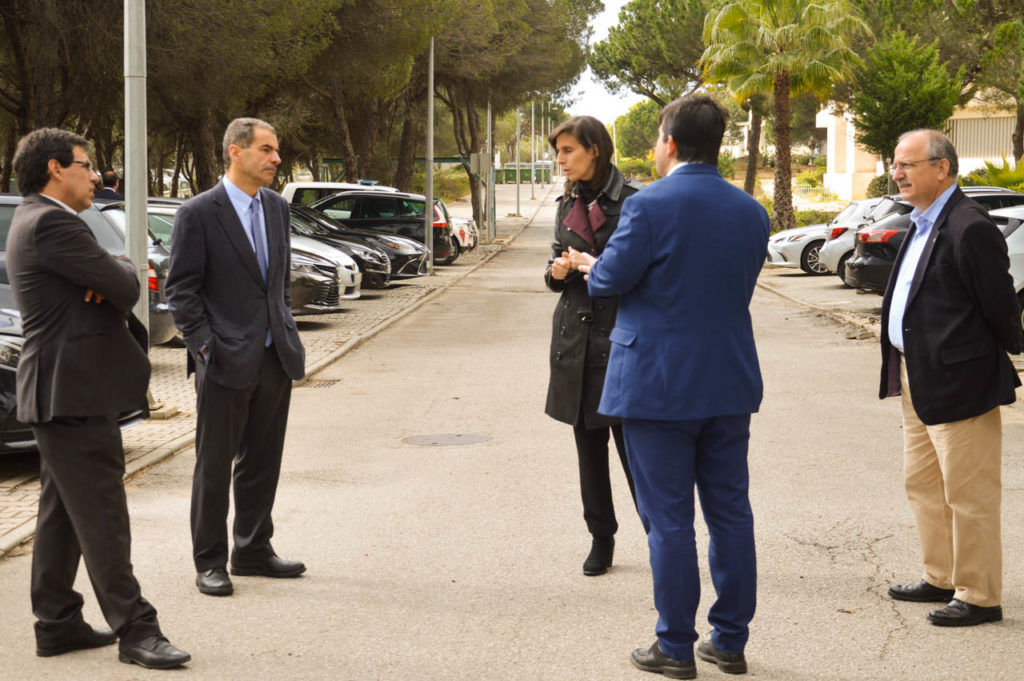 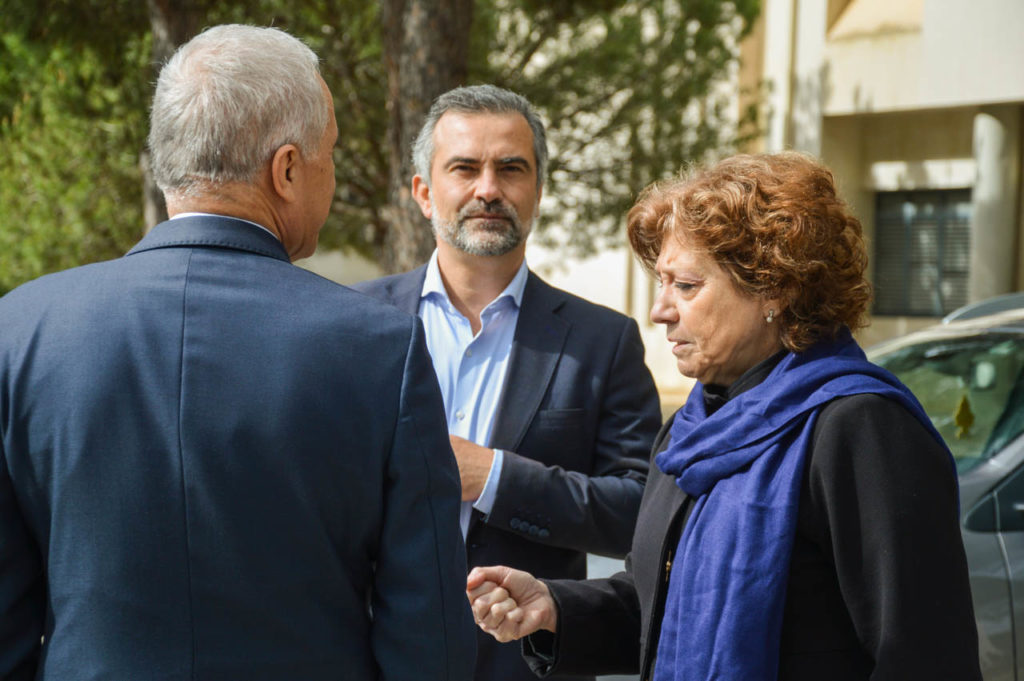 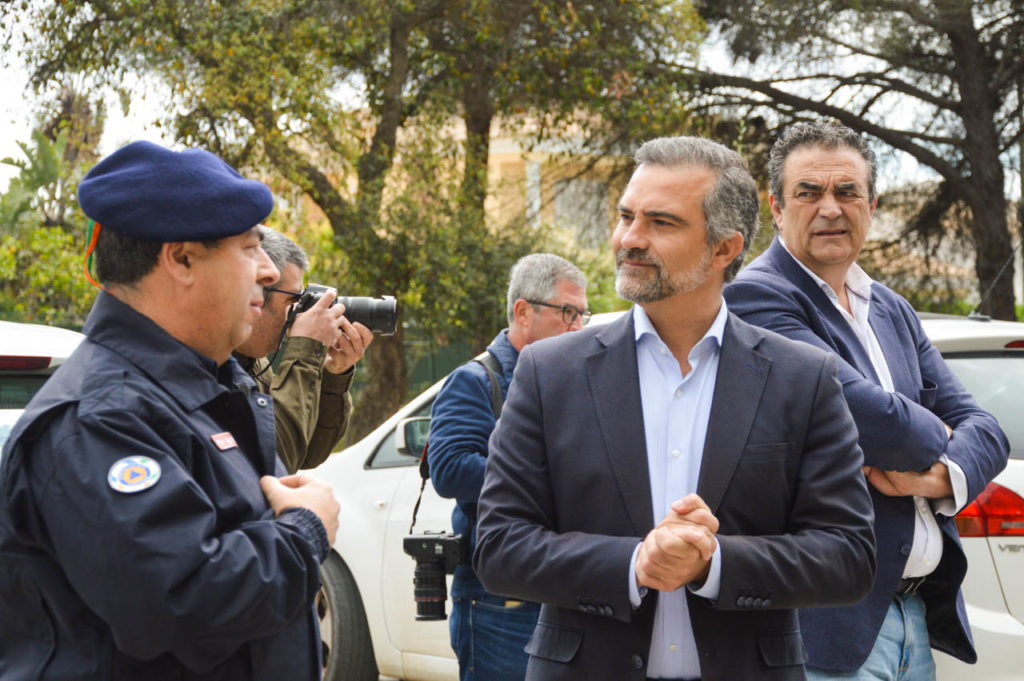 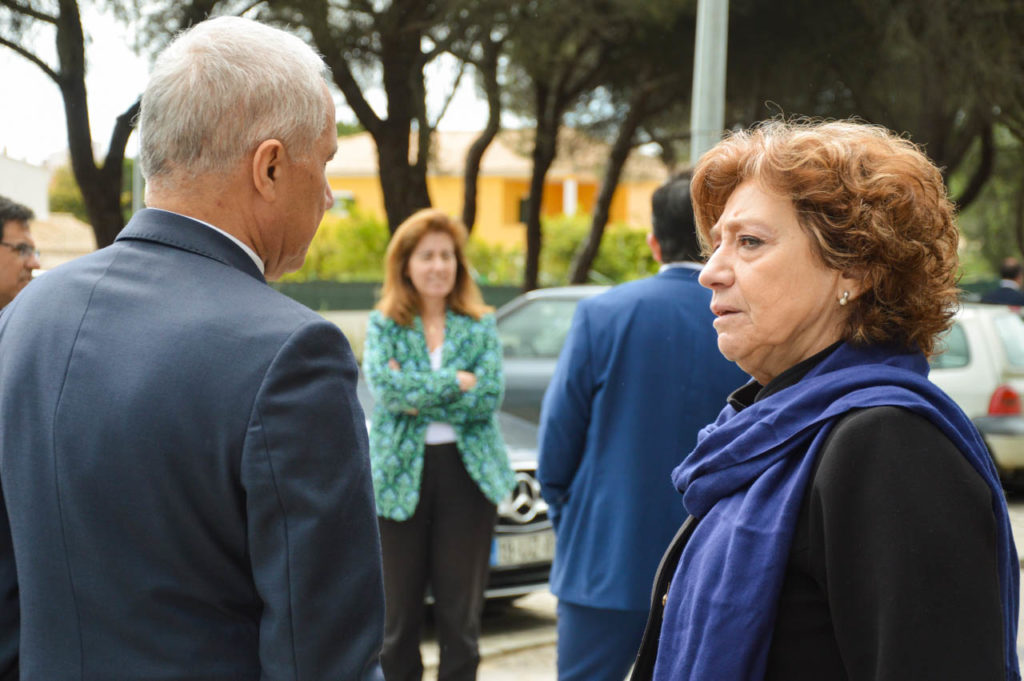 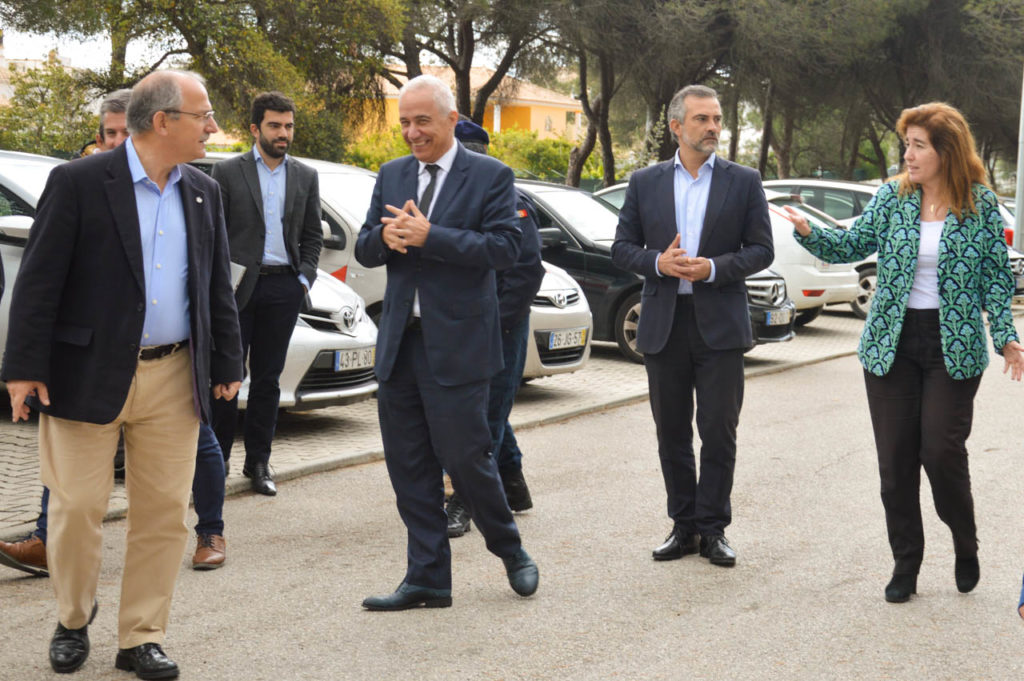 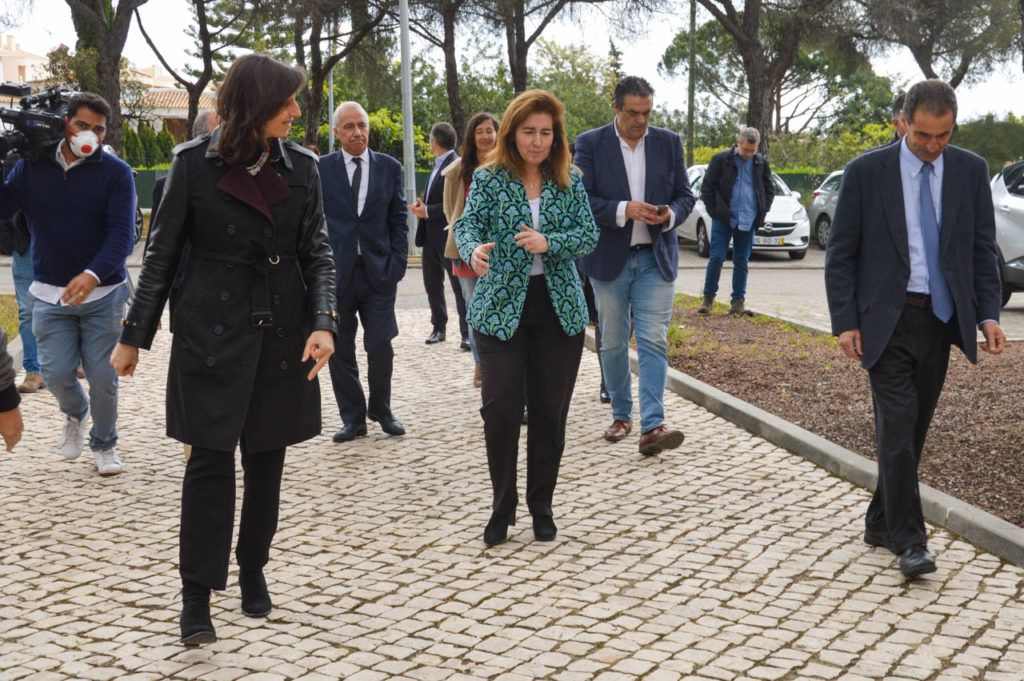 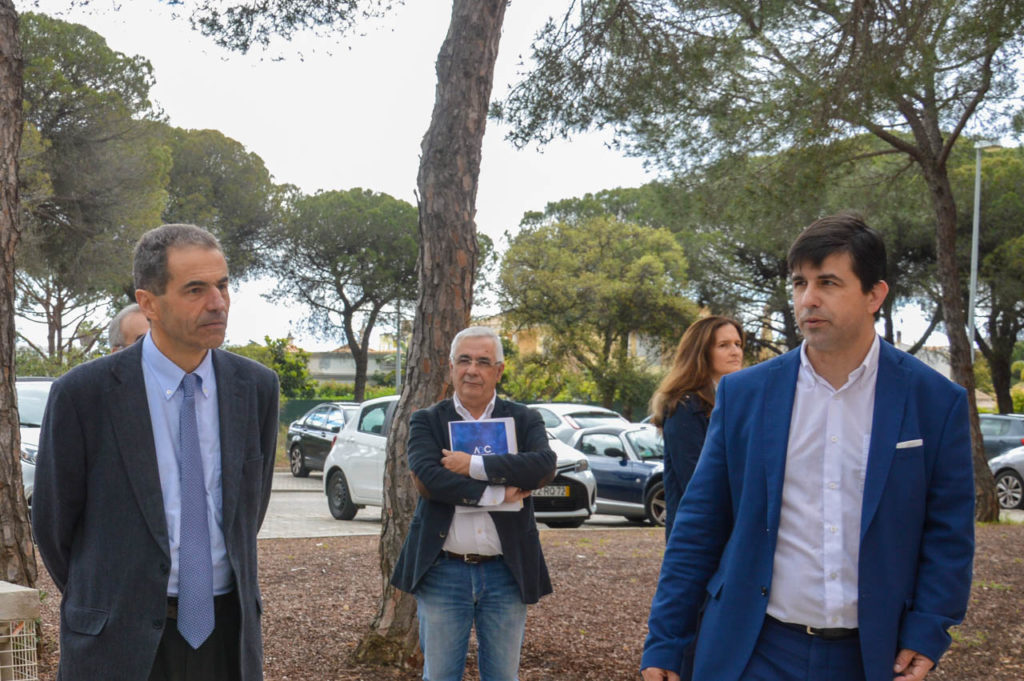 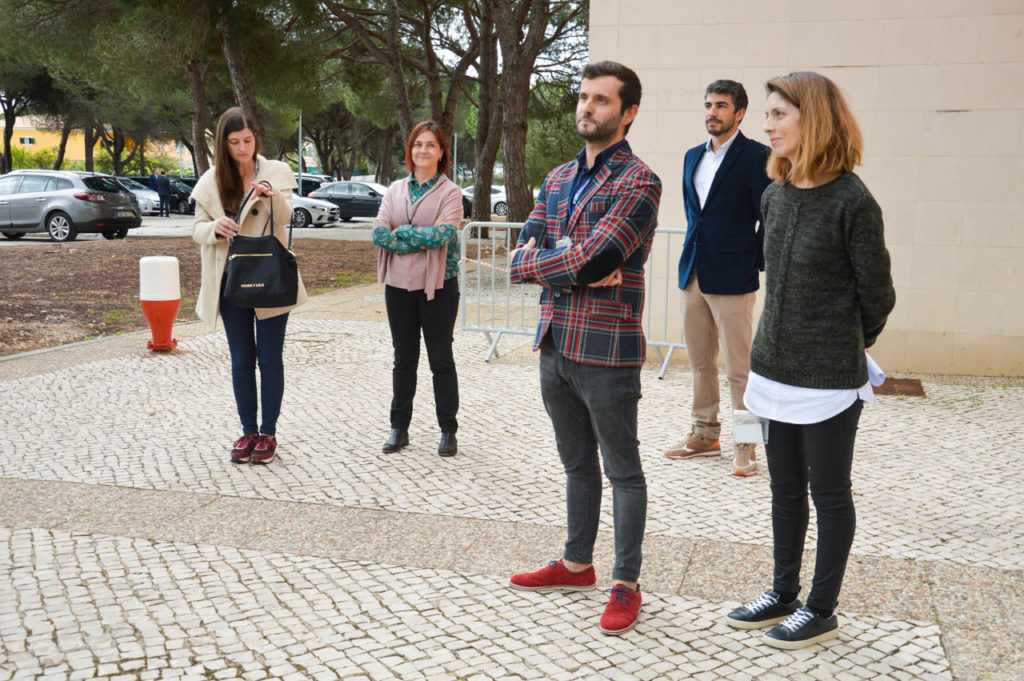 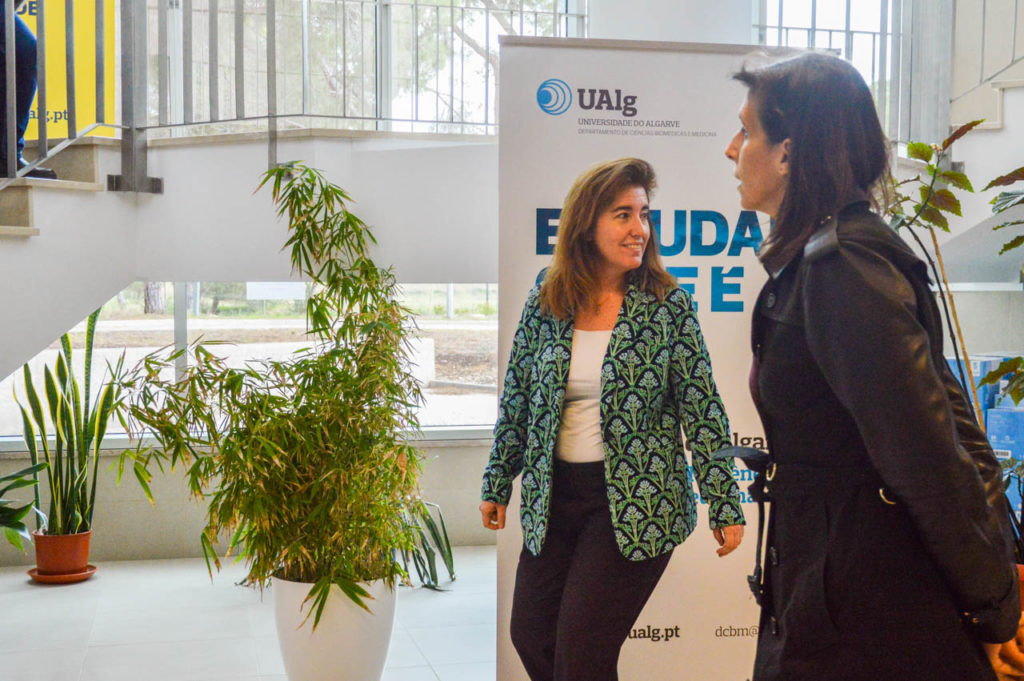 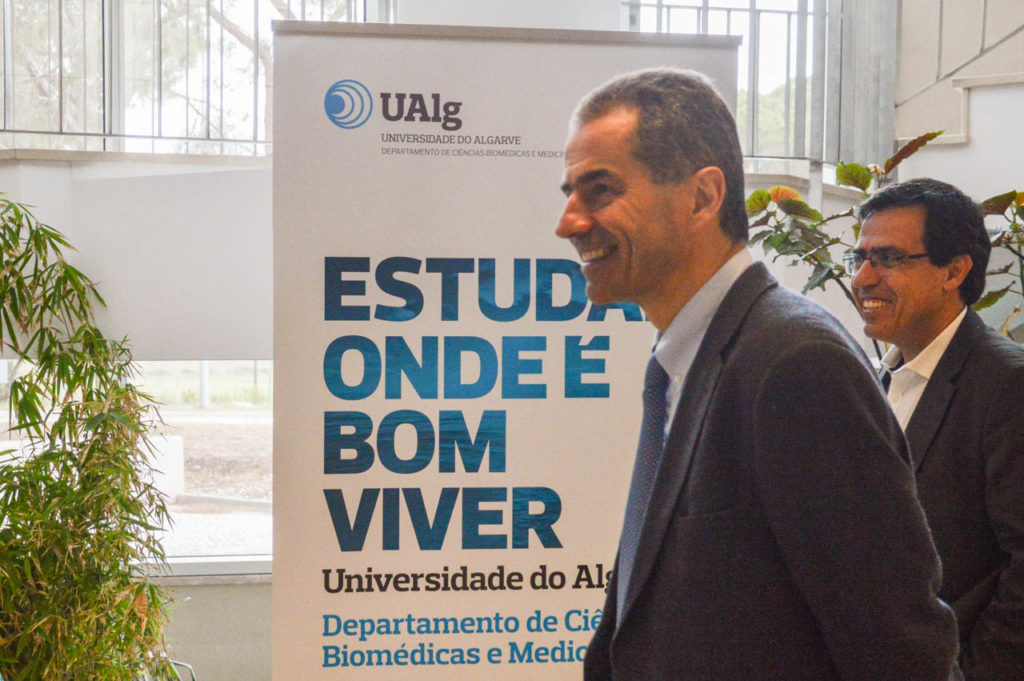 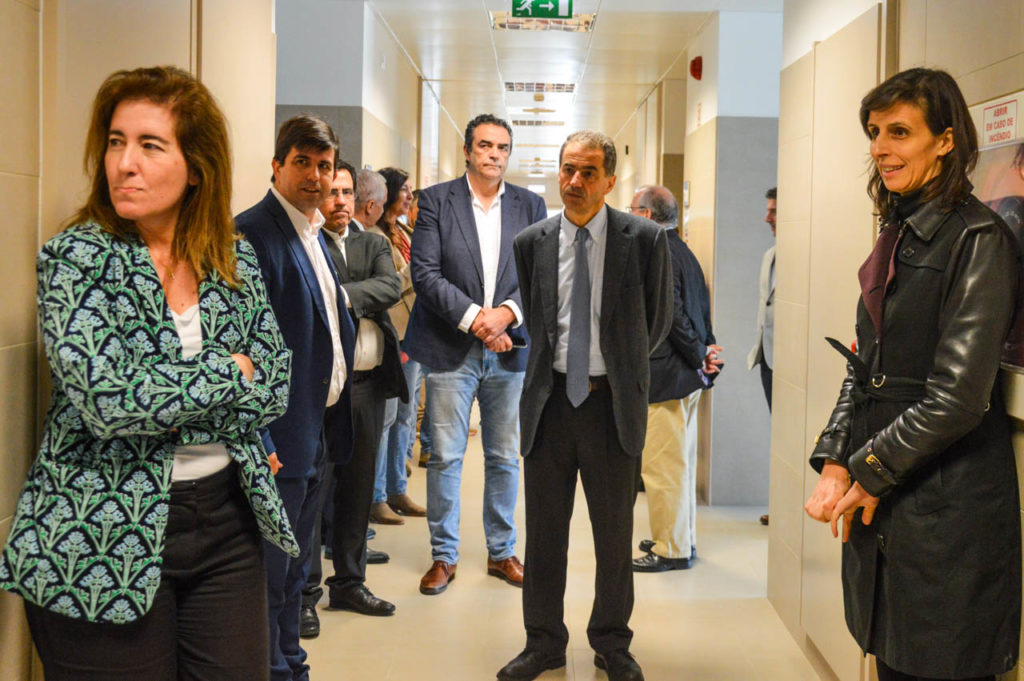 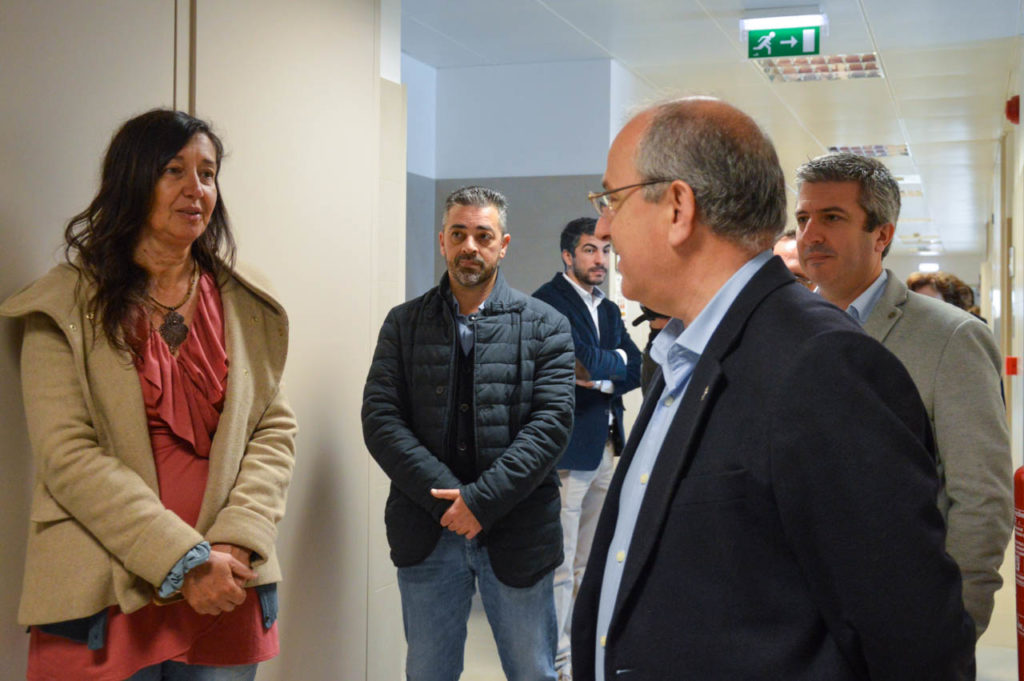 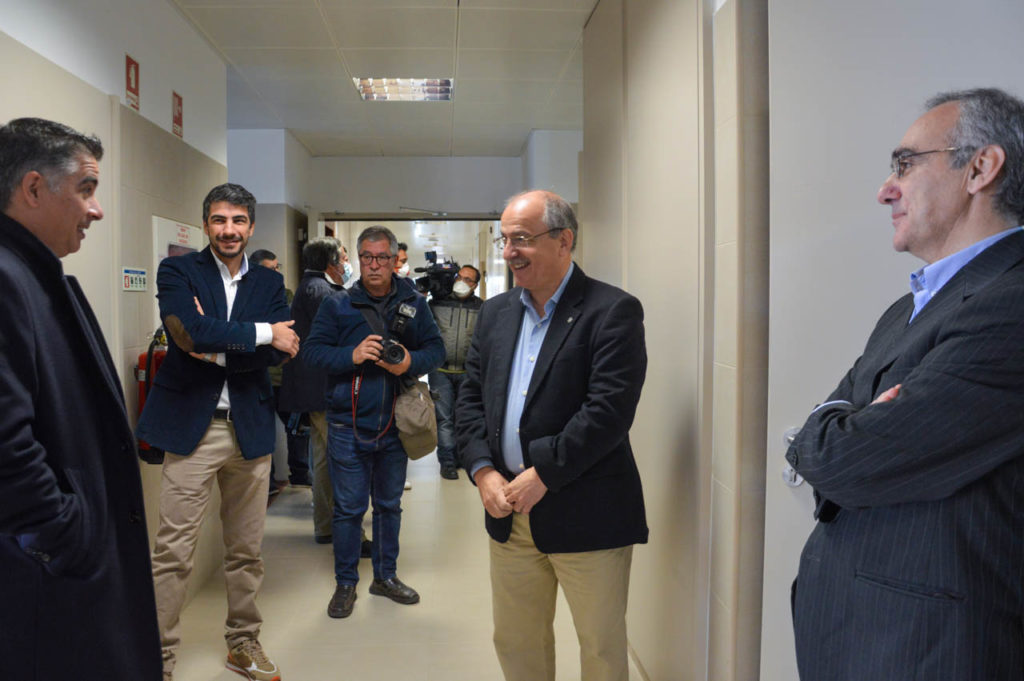 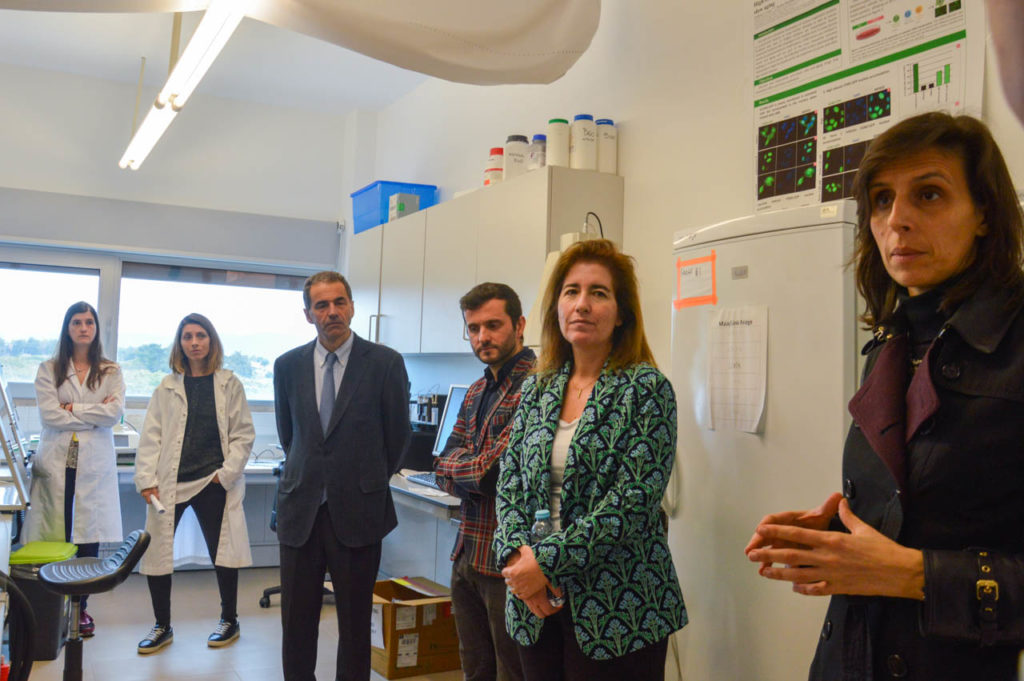 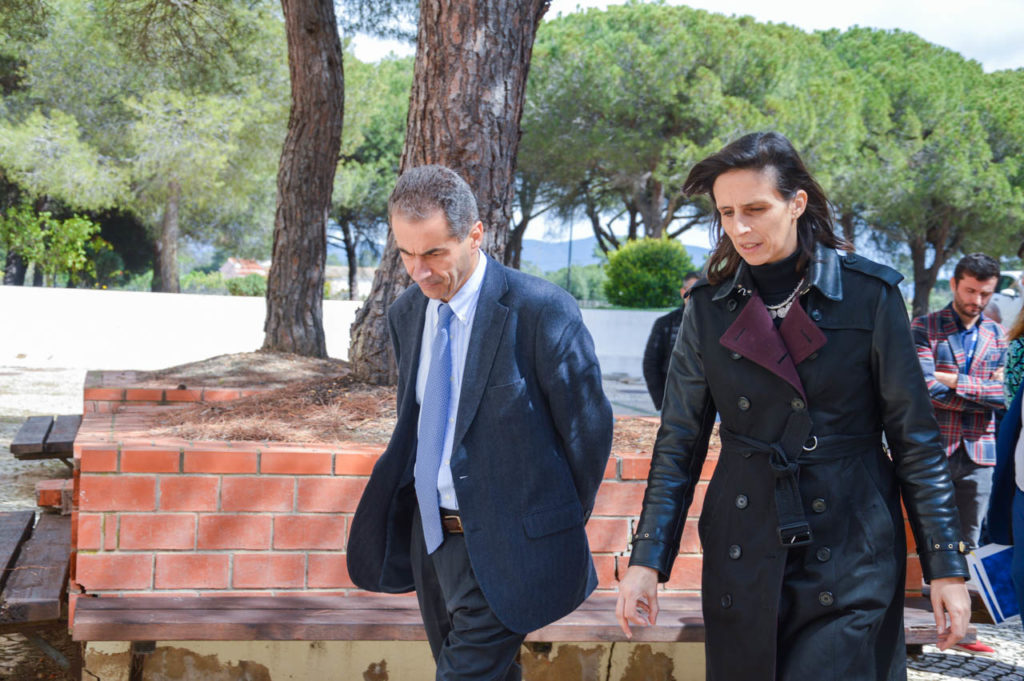 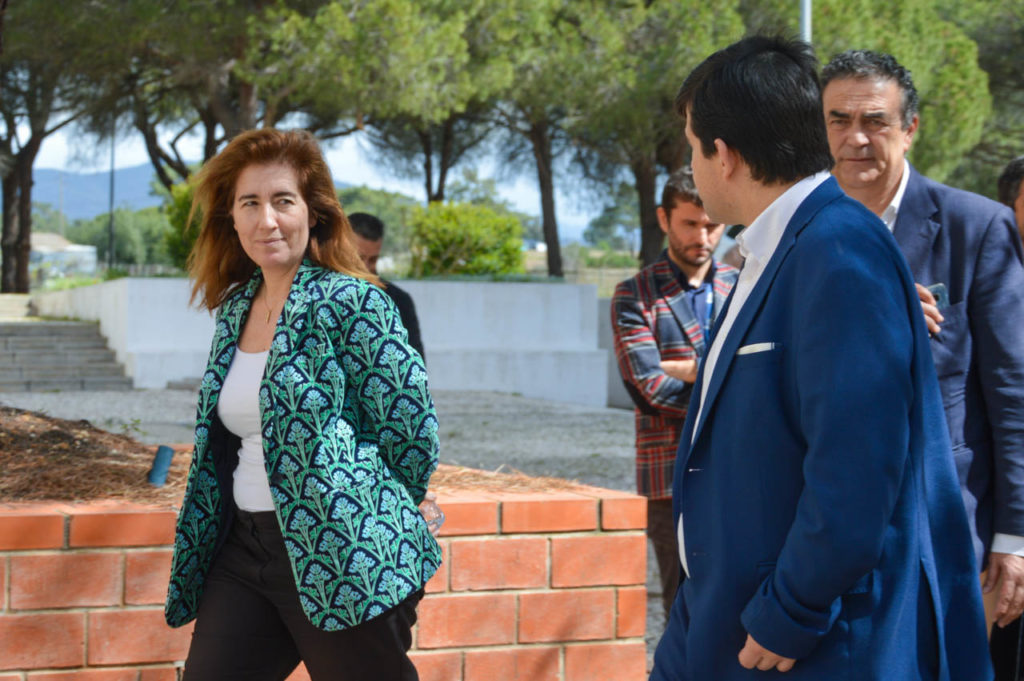 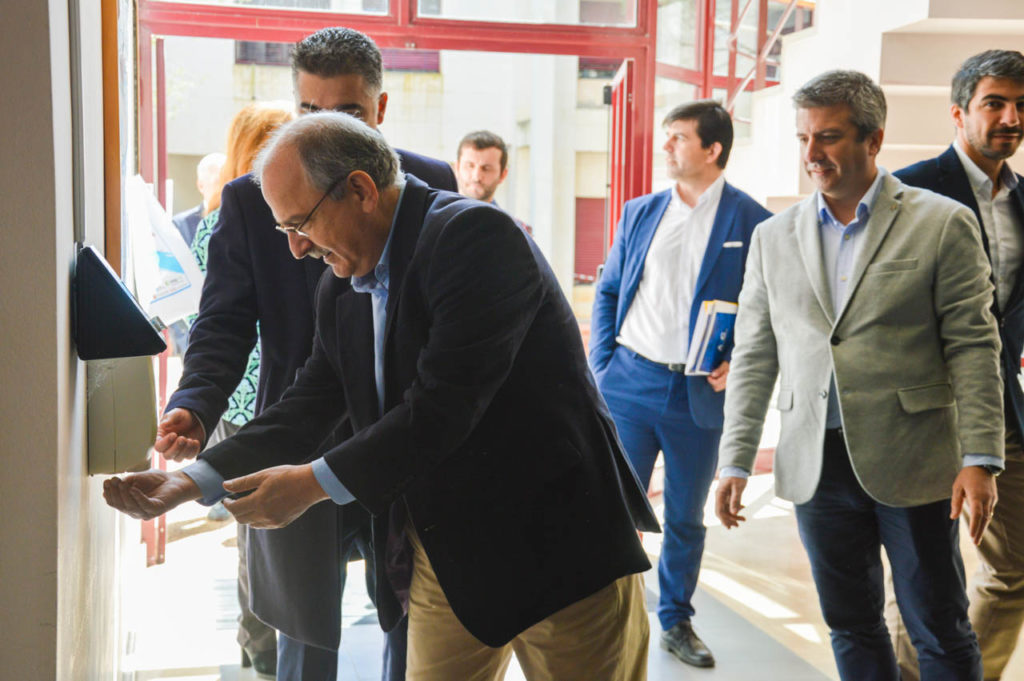 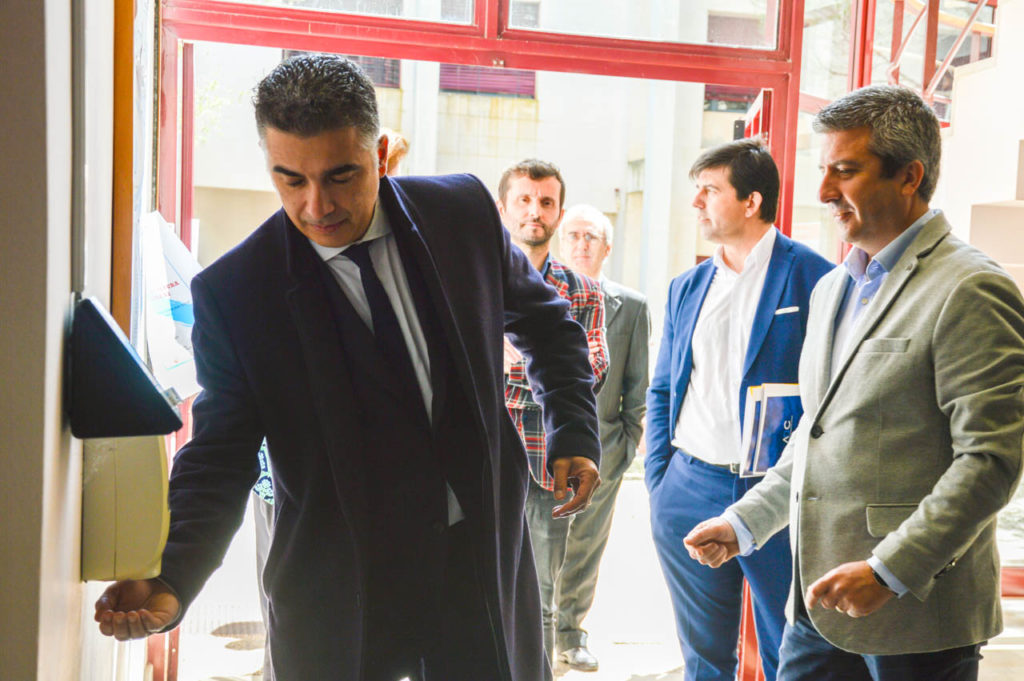 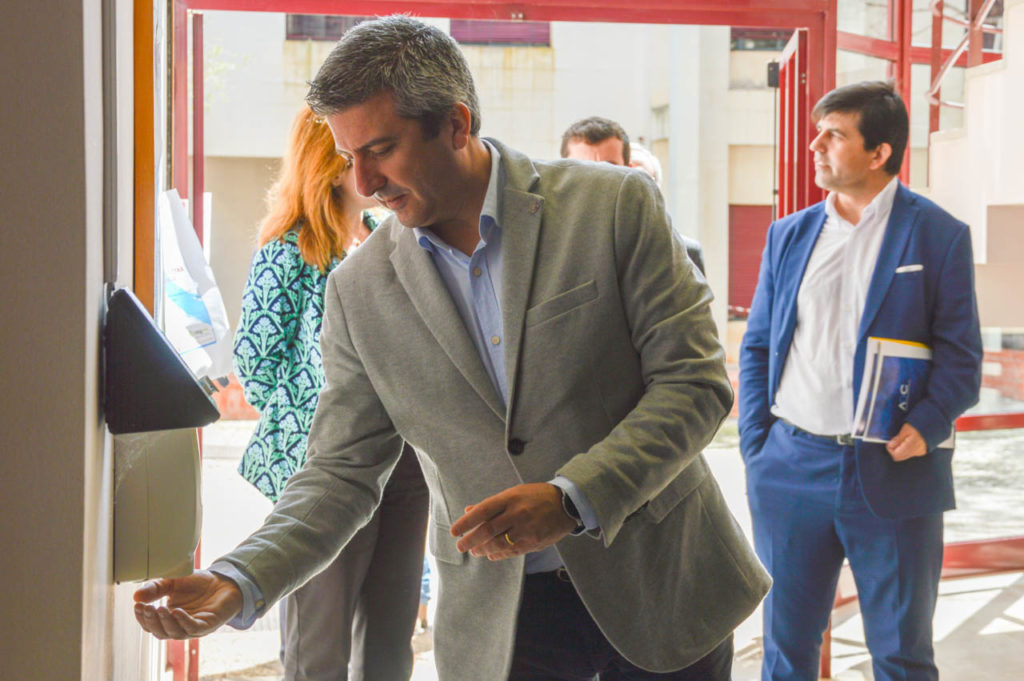 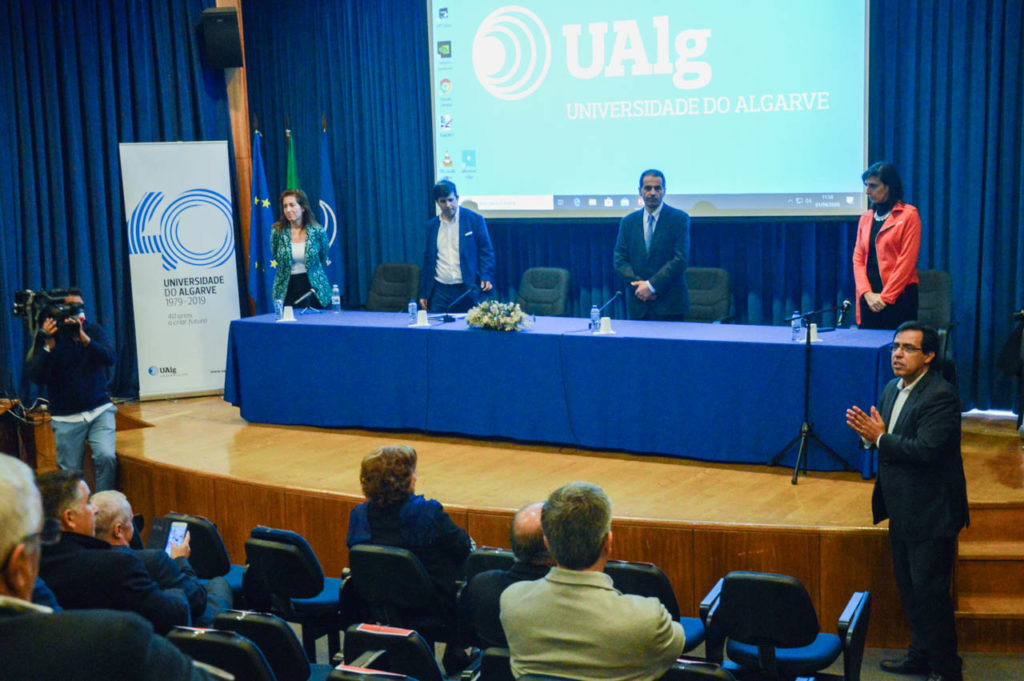 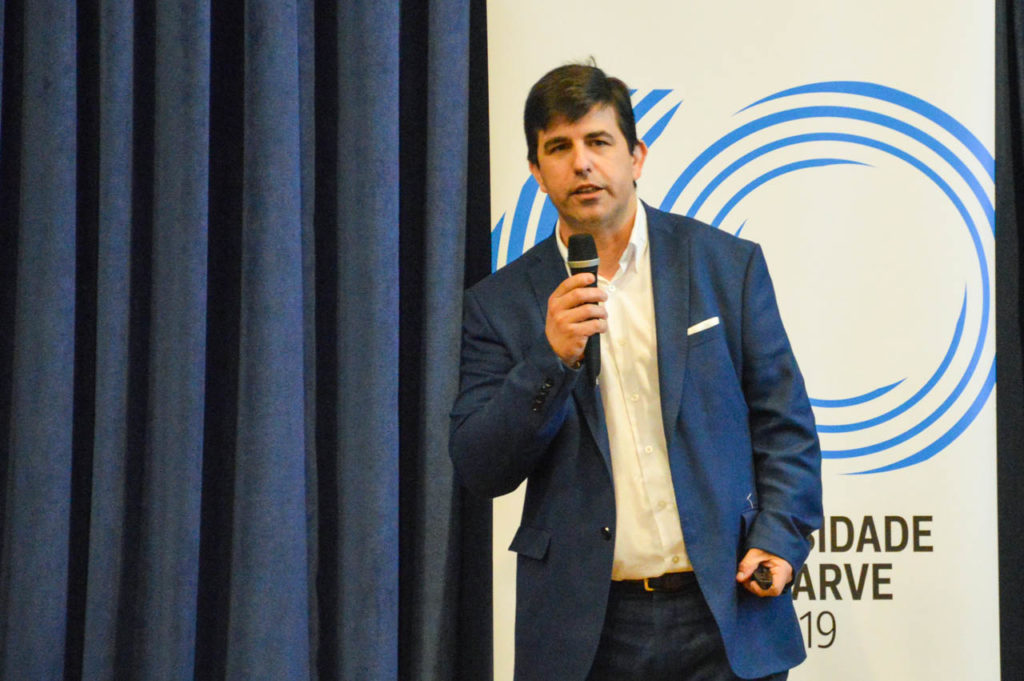 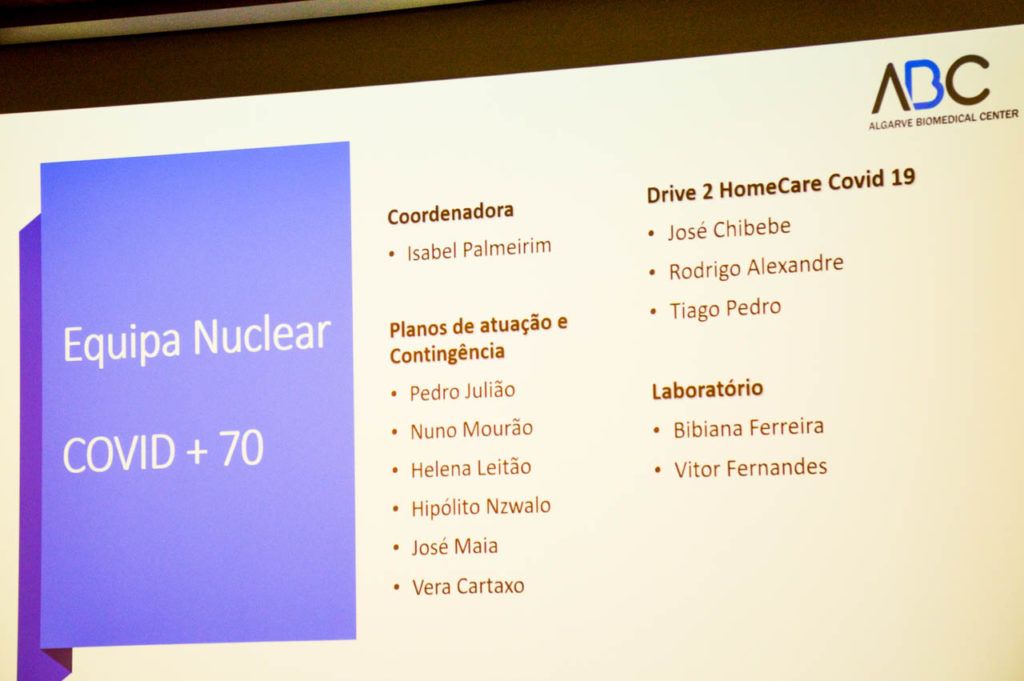 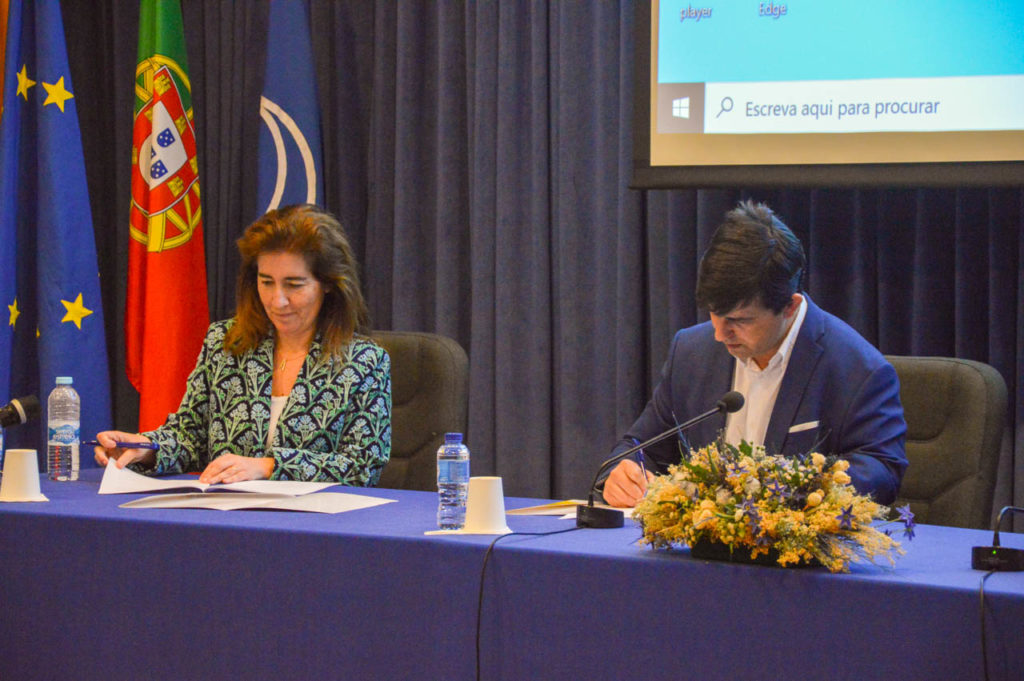 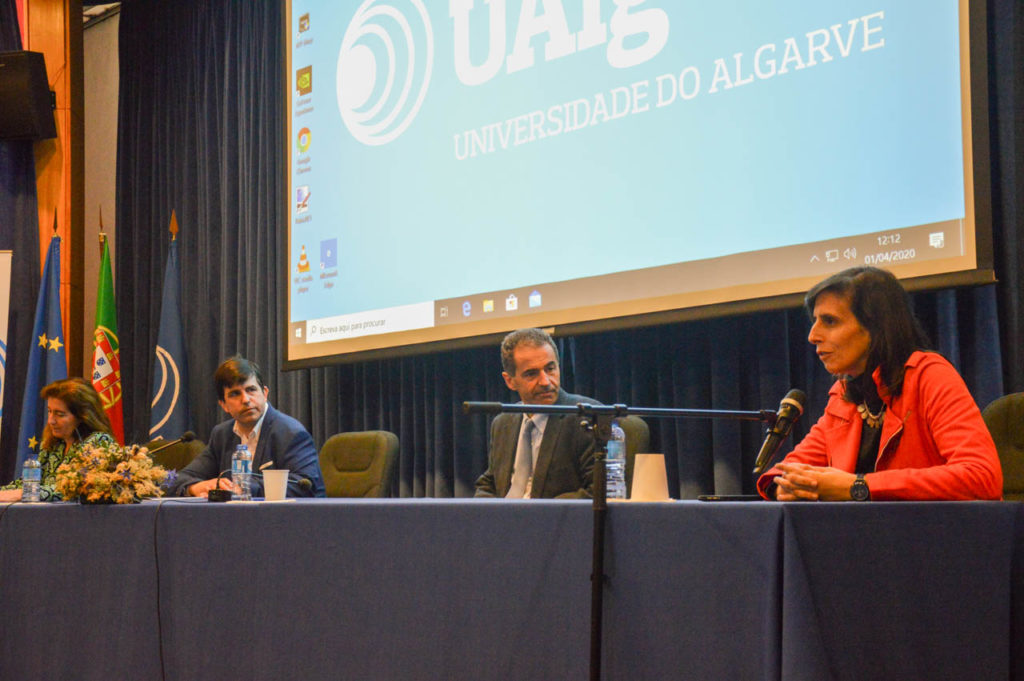 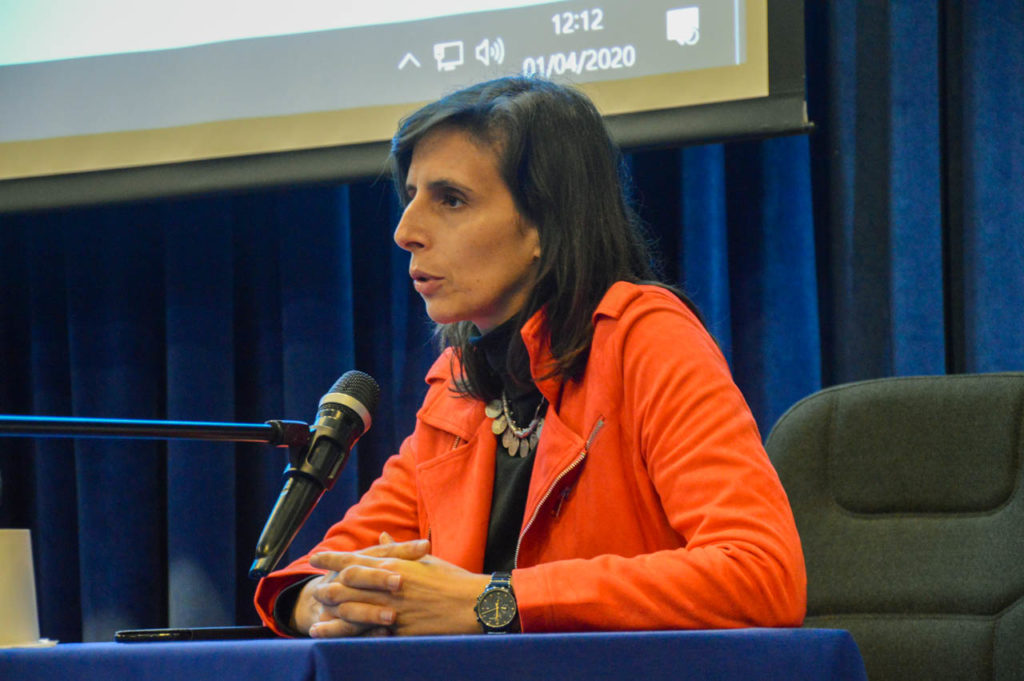 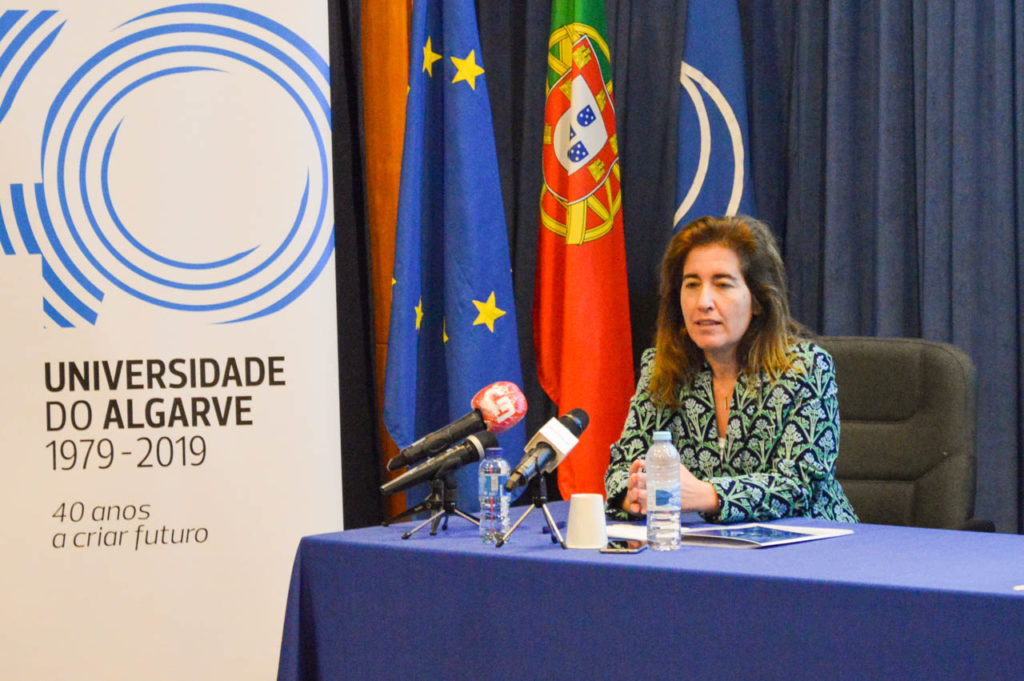