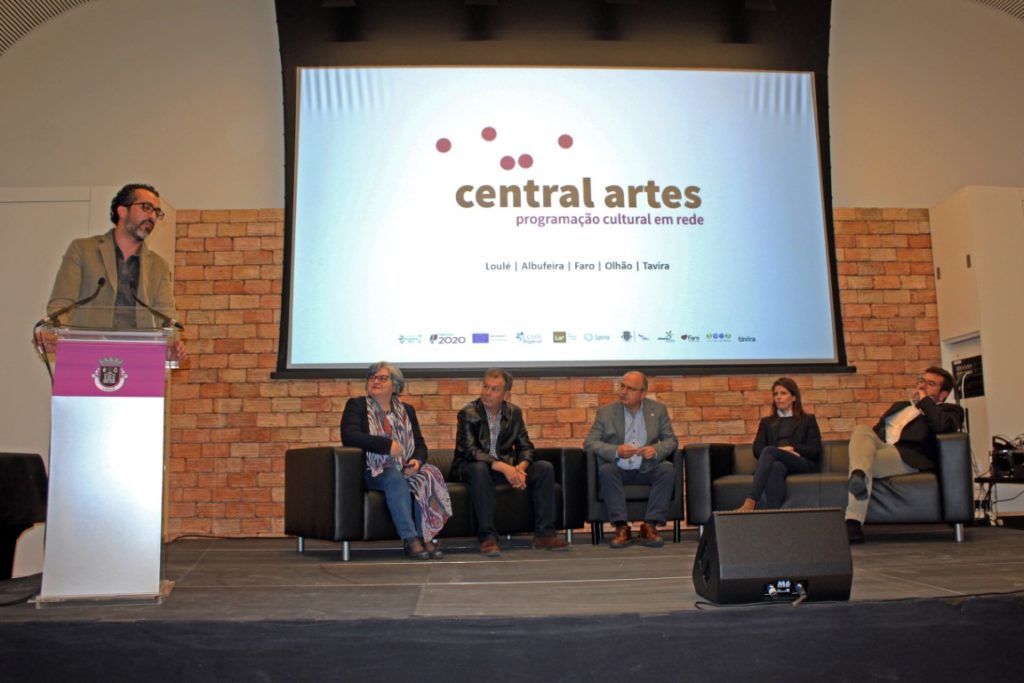 It is a cultural program “daring, attached to the territory” and with proposals that include music, theatre, dance and the new circus. The Central Artes program will have, throughout this year, six shows and 20 workshops, spread over five municipalities: Loulé, Albufeira, Faro, Olhão and Tavira.

This is a project that follows on from “Movimenta-te”, which took place in 2011 and 2012 in the Algarve, and which also brought together five municipalities of the so-called “Algarve Central”.

This time, the name was changed, creating a schedule that has the “Culture of Sustainability” as a motto. The events will take place in 2020 and 2021, but flet's just get into this year's schedule.

It all starts on March 14th, at 21 pm, with a concert by “The Vegetable Orchestra”, at Mercado da Ribeira, in Tavira. This is a show with the particularity of having musical instruments produced…with fresh vegetables.

At the end, the orchestra members will distribute a fresh vegetable soup.

Central Artes has the ability, in addition to the shows, to promote workshops. Thus, two artists from the orchestra will teach how to make musical instruments with vegetables.

“A Presença das Formigas”, a concert that addresses traditional and popular music, with jazz and classical music influences, will liven up the Cineteatro Louletano, on May 12th, from 21 pm. This will be another of the highlights of Central Artes, with a traditional Portuguese singing workshop, on the same day, from 30:17 to 00:19. 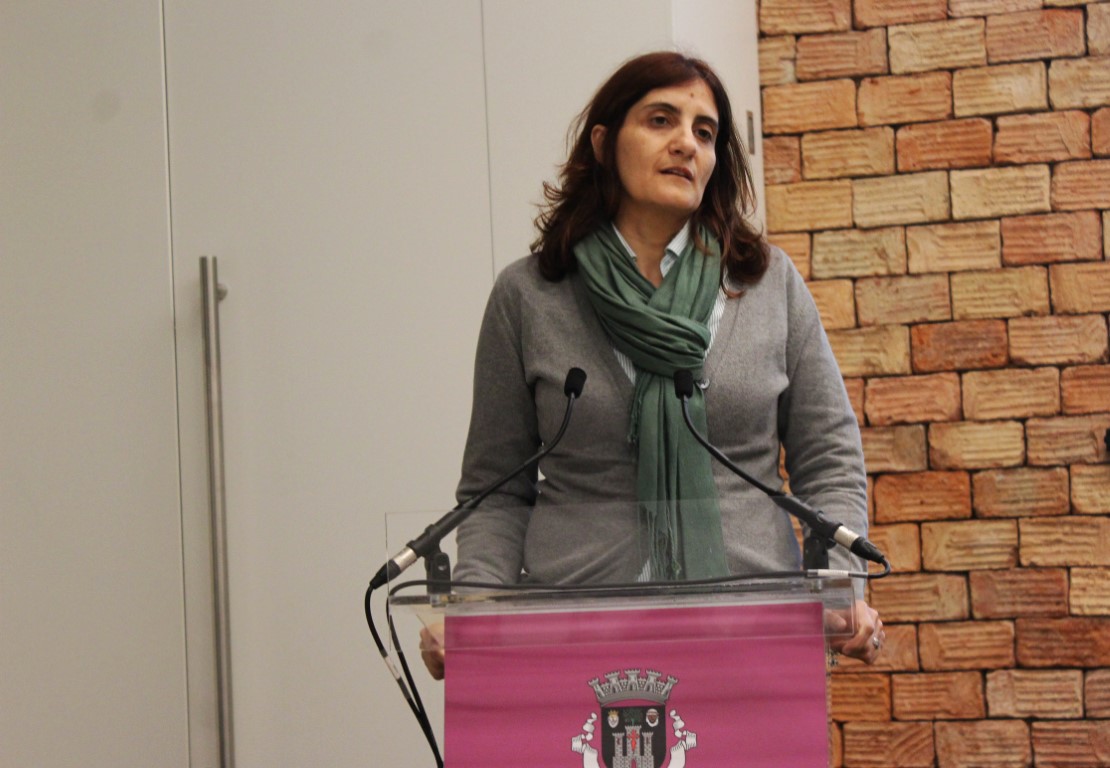 In the presentation of the program, this Monday, March 2, Dália Paulo, municipal director of Loulé and one of the coordinators of this network, explained that the idea is to have «plurality in the arts. We wanted to have a little bit of everything and that's what we got».

Still, it wasn't easy to get to this point. «The program was approved in 2016, we are in 2020 and we are only now making this presentation. It's because? Because it was a difficult process, there were two international public tenders that were deserted, in which there were no competitors», explained Dália Paulo.

But it was the third time, as the popular saying goes. The companies Eventors'Lab and Spira – Patrimonial Revitalization formed a consortium and won the competition, having, in their charge, the artistic direction, content and production.

Continuing through the schedule, in Faro, on the 16th of May, from 18:00h, there will be “Routes through Architecture”, by the Instable company.

The idea is to build small choreographic pieces by exploring different places and non-formal contexts for dance. Based on the overall theme of the program, the choreographers will be inspired by sustainability, food and local traditions.

A “Passage” with four old travelers who walk through a universe of suspended objects, where, through the memories of the past, they find the beginning of a new journey. This is the theme of the show on May 30th, at 18 pm, at Jardim da Igreja S. Francisco, in Tavira.

The program ends in Olhão, at Praceta de Agadir, with the concert “Water Return”, by Olivetreedance, at 18:30. 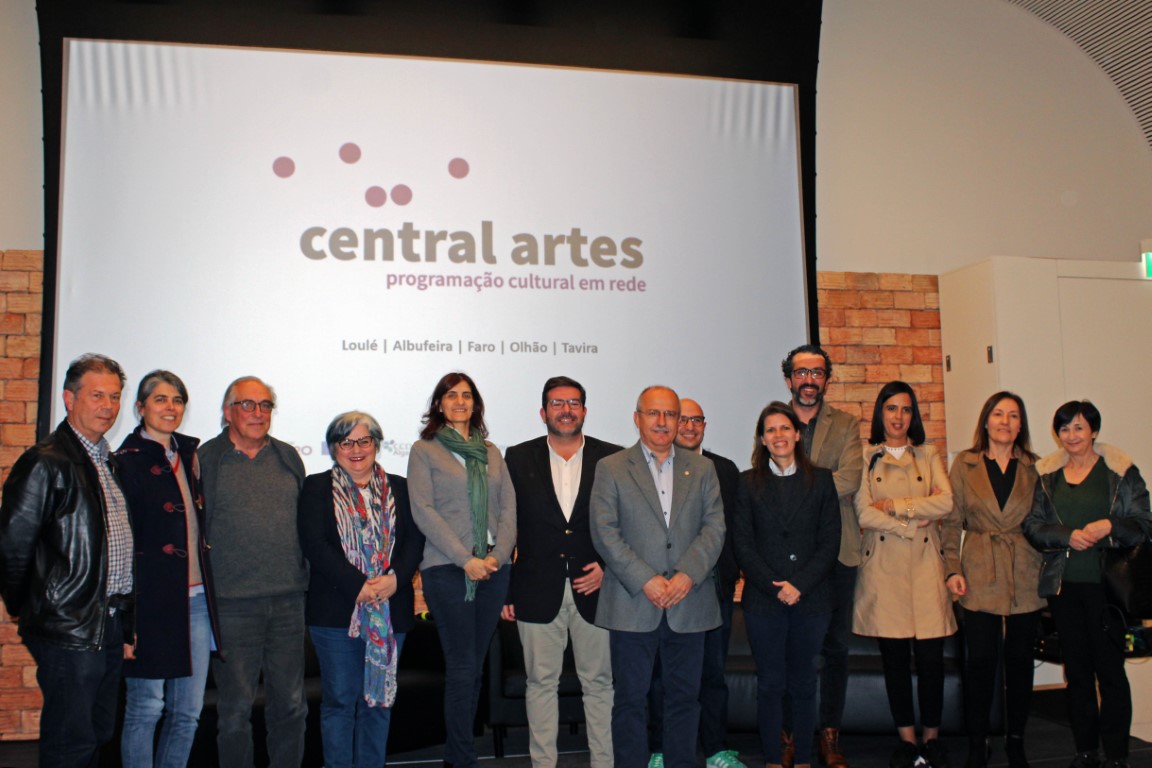 As can be seen, all the initiatives take place in the middle of the low season – never at the heights of the Algarve's highest influx of tourists. «This was an objective outlined from the beginning», explained Paulo Pires, director of Cineteatro Louletano.

Adriana Nogueira, regional director of Culture in the Algarve, confessed to being "expectant" for the launch of Central Artes, since the program is "very interesting".

For her part, Ana Pífaro, deputy mayor of Albufeira, referred to the fact that this is a network program and that, in this way, «defends and promotes the region».

In the middle of the preparation period for the application for Faro the European Capital of Culture 2027, this is also an important project for that Algarve city. Paulo Santos, vice president of the municipality of Faro, spoke, therefore, of the need to look at culture as something that «shows what is ours and what we have at its best».

This is because, concluded Vítor Aleixo, mayor of Loulé, «together we are worth much more than alone».

The project “Central Artes – Programação Cultural em Rede”, which has a budget of close to 400 thousand euros, was created following an application made to CRESC Algarve 2020 (Regional Operational Program of the Algarve).