"If we don't change our life, we may no longer have life to change" 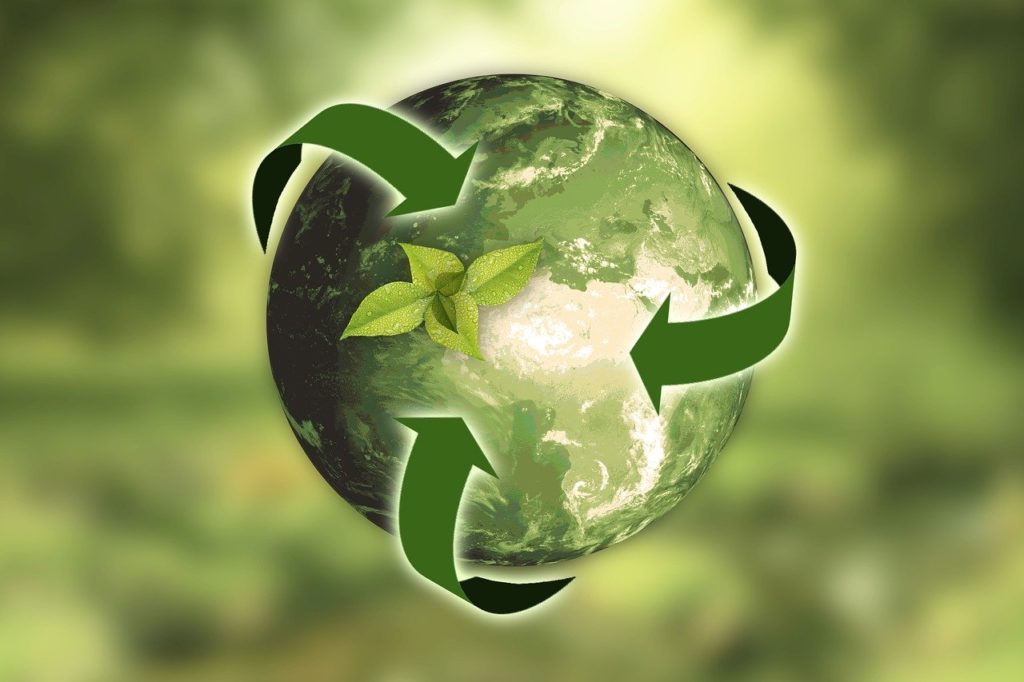 The 25th United Nations Conference of Parties, COP25, on climate change and climate emergency is taking place in Madrid.

Let us listen to the warnings of the Secretary General of the United Nations António Guterres: «If we do not change our life, we may no longer have life to change. (…) Between Paris (2015) and Glasgow (2020) it is urgent to review the targets set, because if these targets are not adjusted and met, the planet's temperature could rise by 3,2% this century, leaving behind the goal of 1,5 .XNUMX%. (…) It is necessary to change the economy, work and individual acts. If we want change, we have to be change. There is no time or reason to postpone change. We have the necessary technology and science, we just have to show our will».

I also remember the interview given to the Público newspaper on December 8th, given by the Portuguese Commissioner Elisa Ferreira, responsible for the Cohesion and Reforms portfolio of the European Commission: «The Green Deal it is a big package of reforms and initiatives with which the European Commission wants to accelerate the decarbonization of the economy. It does not end with the Transition Fund, which supports the conversion of energy sources, but crosses horizontally all the headings of territorial cohesion and European structural funds and will mark the European agenda for the coming decades, because it is a radical change in the way it is done. industry and the way in which agriculture is carried out”.

I want to take this opportunity to make a brief reflection on the relationship between climate action, emergence and transition and green capitalism.

The moment we live in is truly paradoxical. On the one hand, we have never had so much science and technology to solve the problems, on the other, we have never been so close to major natural hazards that, we already knew, have had our signature for a long time. We are, in fact, already experiencing the great dramaturgy of the 1,5st century, that is, the declared conflict between the level of greenhouse gas emissions and the levels of rise in temperature. Our life in the 3,2st century is thus tragically contained between XNUMX% and XNUMX% of temperature rise.

The great drama is that the climate cycle, despite its successive shortenings, does not fit in our lifetime, that is, its impacts and consequences have been running for a long time, have no return and we can only prevent, mitigate and repair the its most harmful effects.

Likewise, the transition of development models is not likely to occur in our lifetime either, although we can make some adjustments, finance a “fair transition” and green a little more about our individual and everyday actions. In other words, in our short lifespan, we can only do prevention, mitigation, remediation, one or another adjustment and some adaptations in the front line of climate action. In other words, to suffer the consequences, bear the costs, remedy some situations and traffic in some benefits, this is what is proposed to us.

Given the circumstances and the intertemporal impasse we have reached, we should not be surprised by the eruption of much political hypocrisy, in fact, already known to us. It is not now a question of washing more white, but of green as much political rhetoric as possible. Moreover, action and the climate and energy transition are already on the frontispiece of some ministries.

In the meantime, a climate emergency that serves the interests of the media well and the indignation of social movements born in the networks and newly constituted emerges. Thus, the necessary cultural broth is created for the installation of “green hypocrisy”, another opportunity for green capitalism and research to join hands, in the name of ecological modernization and pragmatism, that is, of the Greening production and consumption.

In the XNUMXst century, two new principles are announced: the agro-ecological principle and the principle of mobility. The first, reinforced by combating climate change and emergency, restores the territory's prevalence through its biophysical and ecological attributes. The second, stimulated by digital transformation and advances in biotechnology, radically alters our conventional perceptions about space, time and access to different territories, especially those with low density. We are talking about the mobility of people, but also about species of fauna and flora that move through space as climate change and the use of new technologies fragment their respective ecosystems.

The relationship between climate action, agroecology and mobility can be very problematic if emergency and weather events effectively prevent the transition and conversion to other, more sustainable development models.

We are talking about voluminous resources that can be spent on climatic episodes, incidents and disasters on mitigation, repair and remediation measures and, because of that, cannot be applied in biophysical and agro-ecological adaptation and conversion. This is the dramaturgy that can be guessed at in the relationship between climate action, the agro-ecological program and mobility. In any case, we are, today, facing new thinking and a new order of priorities that, in the agro-ecological plan, will enshrine a new agenda for the XNUMXst century.

The concrete signs are already there:

– Biophysical and ecological restoration and organic agriculture;
– Energetic hybridism and networked microgeneration;
– The eco and bio product line and local production networks and short circuits;
– Landscape architecture, landscape mosaic management and rural amenities;
– The economy of recreation and leisure and tourism networks in rural areas;
– Conservationism, biodiversity and the management of ecosystem services;
– Multifunctional agriculture and comprehensive family strategies;
– The socio-community intervention methodology in low-density rural areas;
– The evolution of property rights and the promotion of the public interest in heritage;
– The commons and organizational modes of collective and collaborative action.

In this permanent transaction between “transitional measures and emergency measures”, green capitalism will be present and, as always, very attentive. With regard to the agroecological principle, we will most likely see the greening of production and consumption, in a mixture, sometimes pasty, of advertising, misleading publicity and scientific evidence. Green capitalism will seek to “sell us” ecological, utilitarian, technological and incremental modernization as a solution to all problems. For green capitalism the right approach is to problem-solving and not from problem saving.

On the other hand, the occurrence and frequency of major weather events will most likely lead to the scarcity of soil and water and, therefore, the commodification of space and the introduction of disproportionate loads of occupation and use of scarce resources, especially if public regulation and auditing are conspicuous by their absence. Furthermore, the combination of these occurrences with commercial opportunism and the socio-environmental irresponsibility of newcomers to the market does not suggest anything good. Just think of the Algarve region and the conflicts of interest between the different uses of water.

As one can easily imagine, around climate emergency measures, agroecological conversion measures and circular economy measures, to name just these areas, new interests and social movements are created, inorganic at first, but very sensitive to values. relating to land use planning, conservation of natural and cultural heritage, reduction of the various ecological footprints, accessibility and multiple use of rural space.

Sooner or later, these new social movements will enter a collision course with real estate bullying and touristification that occupy important spots in our land space. In the background, the recomposition of the Portuguese rural world and the constitution of groups and business models that are increasingly foreign to the traditional local environment. It is the 2nd rurality that arrives.

Whatever the evolution of green capitalism and the rural and peri-urban universe, small proximity economies will continue to emerge, inheriting the old traditional model and oscillating between subsistence, informality and the capillarity of small local networks, markets and short circuits.

Now that there is so much talk about climate emergency and the reduction of ecological, energy, water and carbon footprints, the most pertinent question at this point is, indeed, whether it is still possible to design and implement “local agri-food supply networks” as part of an agroecology and circular economy program, a kind of “climate social contract” for networks of towns and cities of all sizes.

In fact, what I want to emphasize is that climate action, the agro-ecological program and the circular economy can be an excellent window of opportunity for low-density territories and, in that exact measure, a very interesting experimental field for collaborative networks and platforms of the local economy. The change that is approaching and announced is knowledge-intensive and is not within the reach of traditional modes of administration of the classic agro-rural property.

In the beginning, nature imposed its own rhythms. Today, agriculture takes place without soil, sun and people. However, and paradoxically, it is my conviction that with the accumulated scientific and technical knowledge, we will move more and more towards decentralized forms of self-management and self-regulation in terms of agrifood supply and ecosystem management. As, by the way, digital platforms reveal not only in the field of precision agriculture, but also, very soon, in the integrated management of forests, ecosystems and landscape in very innovative collaborative schemes.

After all, and contrary to what we have been taught for many decades in mainstream schools of thought, rurality is definitely not outdated. She is ahead of us and not behind us. It is no longer related to a productive system, it has become a cultural mode par excellence. We are gradually, but surely, moving from agriculture to agroculture.

The rurality of the 2nd modernity will be a new inspiration and a new beginning. And the Earth thanks.