"If in Portimão we had to choose the word 2019, as is customary at the national level at this time, there is no doubt that the word of the year would have to be sport" 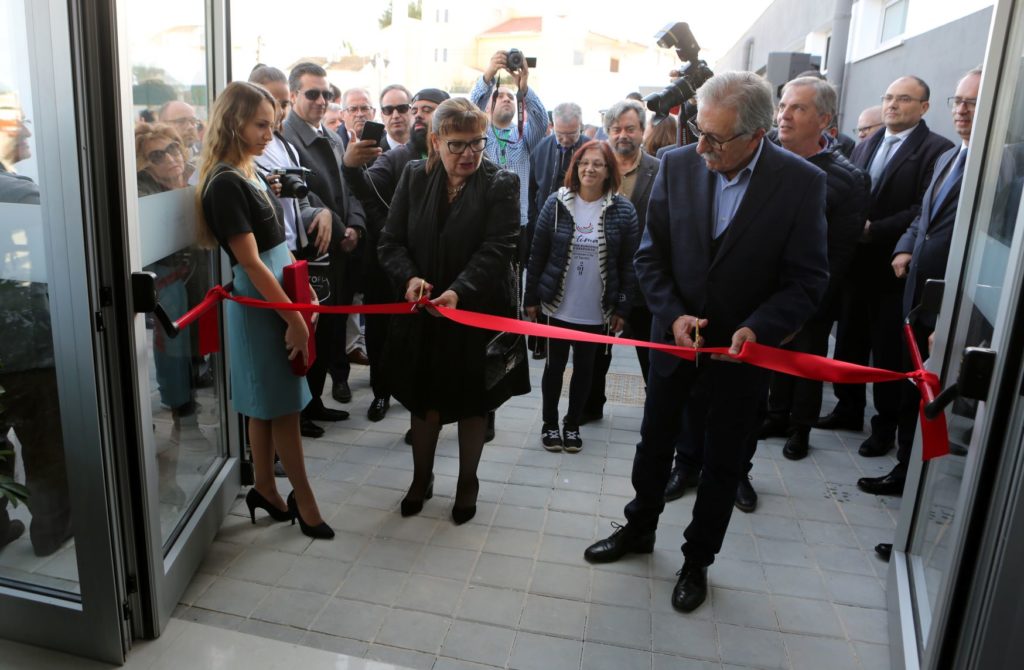 The Boavista Sports Pavilion was inaugurated this Wednesday, December 11, in Portimão.

It was already in the new infrastructure that the solemn session of the City Day and the Sports Gala – Homage to Portimonenses Champions of the 2018/2019 season took place.

Moreover, at the opening of the solemn session of the 95th anniversary of the elevation of Portimão to the city, the regional head of the National Scout Corps, José João Cercas (in the Social category), and the teacher and school leader Fernanda Rosa (in the Public Service category), «two trainers of generations who, throughout their lives, have distinguished themselves for their relevant professional and civic activity», said Isilda Gomes, mayor of Portimão.

"If in Portimão we had to elect the floor of 2019, as is customary at national level at this time, there is no doubt that the word of the year would have to be Sport", declared the mayor, justifying the solemn session in the new infrastructure, in the year in which Portimão was elected the Best European City of Sport (CED).

«From the skeleton of a huge shed, closed for more than a decade, there is a new sports equipment at the service of the community, in an investment of 1.385.000 euros which, in itself, represented a large part of the total amount we invested in the CED,” said the president.

Talking about the award by ACES Europe of the title of Best CED 2019, Isilda Gomes considered the distinction «the recognition that we are an example to follow, in stimulating sport and in the development of municipal programs to encourage the practice of sport among the entire population , with benefits in terms of health promotion, integration and education».

«We are living an extraordinary year in all respects, with an extremely intense set of activities. There were more than 700 events, which brought together more than 100 practitioners, with audiences exceeding 400 spectators. We promoted a hundred trainings and awareness actions and promoted more than 20 inclusive sports activities, all of this with a media impact that by the end of the year will exceed 5 million euros», highlighted the mayor, in a balance sheet.

«Considering that the investment was 3.800.000 euros, including this pavilion, it seems that after all the motto 'More Sport for All', in addition to being a mobilizing principle of more sport in the lives of citizens, is also a 'good business' for the city”, he pointed out.

From his point of view, «what we have achieved in sport gives us more hope for what we can achieve in the local economy, social responsibility, cultural dynamism, valuing the environment, supporting education and the most disadvantaged, safeguarding the heritage, youth policies, civil protection, urban planning, the response capacity of municipal services».

In this sense, as Isilda Gomes said, tenders will be launched by the end of the year with a total value of more than 9 million euros, which include a repetition of the tenders related to the requalification of the EB 2,3 Professor José Buisel School and the acquisition of 36 modular houses for the relocation of families living in tents.

Contracts for the restoration of the Portimão Youth Park and the new green space next to the Municipal Market on Avenida S. João Deus will also be launched, while the replacement of public lighting and the repaving of degraded roads will continue, while it will be given. continuity to the projects of new structural roads, such as the V2, V5 and V10.

Highlighting the figure of the illustrious Portimão native Manuel Teixeira Gomes who, as President of the Republic, was decisive in the elevation, on December 11, 1924, of the then Vila Nova de Portimão to the category of city, the mayor revealed that in 2020 a diversified program will take place. cultural event to celebrate the 160 years of birth of the distinguished writer and statesman, with the redevelopment of Casa Manuel Teixeira Gomes being planned.

The solemn session of the Day of the City also had the symbolic testimonies of three protagonists of CED 2019, in the people of João Pinto, athlete from Clube Naval de Portimão in adapted sailing, José Paulino, leader of the Rhythmic Gymnastics Association of Portimão and António José Barbudo, vice-president of the direction of the Clube de Futebol da Boavista, a community that made it possible to transfer the land where the new pavilion was built.

The CED Medal of Honor was also awarded to godparents, ambassadors, sponsors, partner entities and companies, sports clubs and volunteers, whose work and dedication were important elements for the recognition of Portimão as the Best CED 2019.

The afternoon ended in apotheosis with the Sport Gala – Homage to the Portimonenses Champions of the 2018/2019 season, with the delivery of prizes to athletes who, individually or collectively, obtained international, national or district federal titles, in a total of 632 honorees , which is an absolute maximum since this initiative took place.