In total, 83 films from 18 schools in northern Portugal competed for these awards. 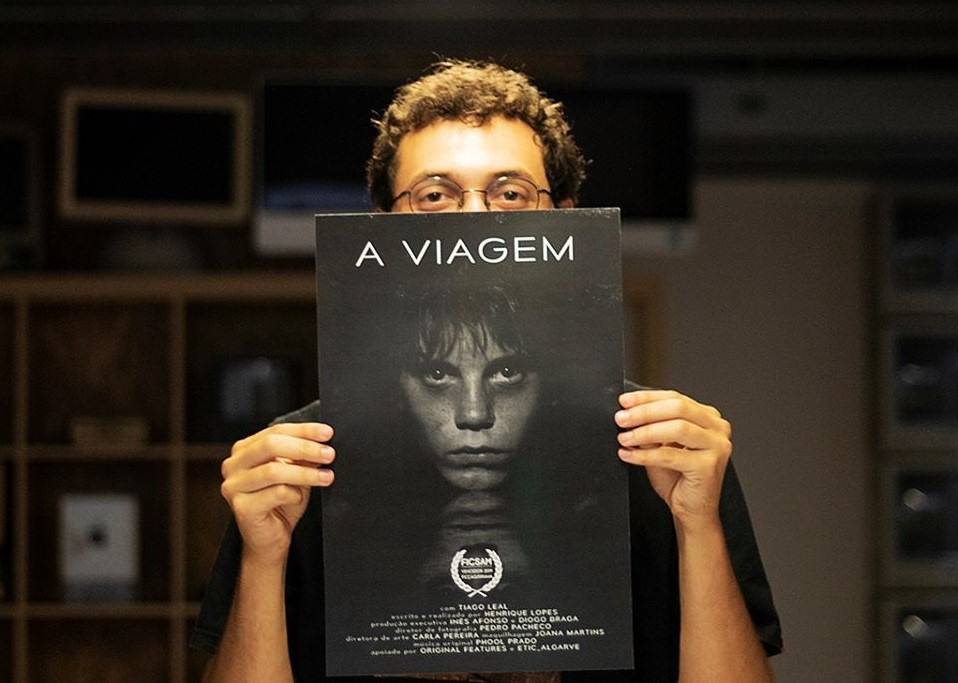 “A Viagem”, by Henrique Lopes, former student and current trainer at ETIC_Algarve, won the “Experimental Short Film” category of the Sophia Student Awards, whose winners were announced this Thursday, 12 December.

“Have you ever committed suicide? I already". This is the teaser of the award-winning short film, which was supported by the Original Featours and ETIC_Algarve.

The film was written and directed by Henrique Lopes and won, in these Sophia Awards, the competition. “Somewhere in Outer Space this Might be Happening Somehow”, by Paulo Malafaya (Soares dos Reis Artistic School) came in 2nd.

The podium was completed with “Lázaro”, by Concha Silveira, Alba Dominguez, David Cruces, all from Universidade Lusófona.

In total, 83 films from 18 schools in northern Portugal competed for these awards.

This is not the first time that the short film “A Viagem” has been awarded. In its edition this year, which took place in October, the International Film and Mental Health Festival distinguished this short film in the “Fiction and Drama” category.

All winners of the Sophia – Student Awards: