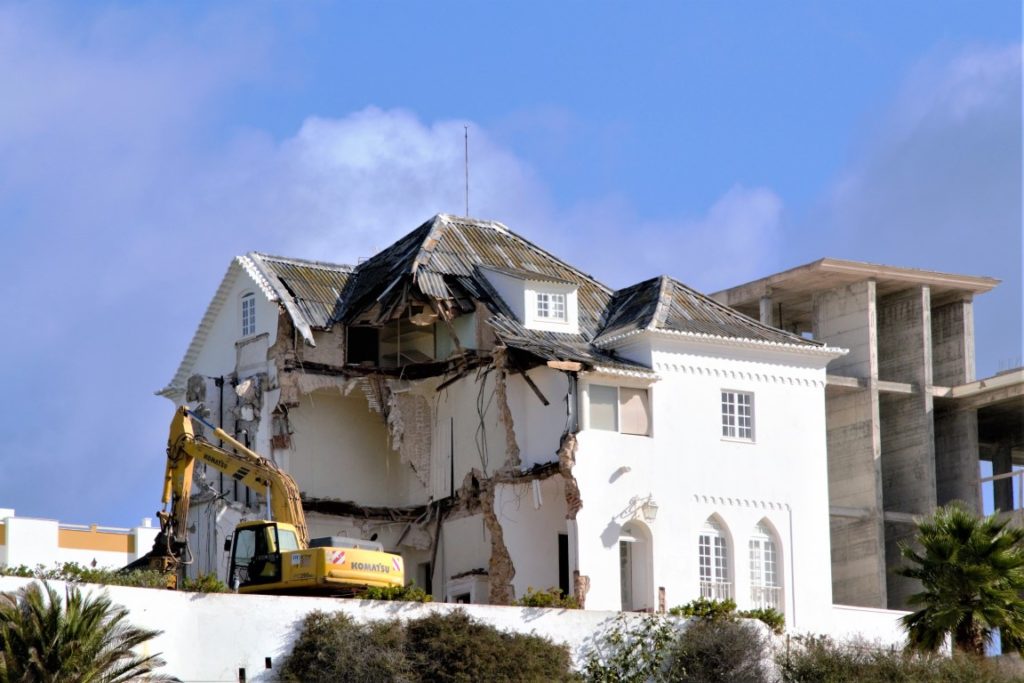 It was one of the last vestiges of Praia da Rocha's heydays. It was, but it is no longer, because since this Monday, November 4th, what was known as the house of the Count of Covilhã, a historical testimony of the first decades of the XNUMXth century, has been partially demolished.

O Sul Informação at the site, he saw how the destruction of the building, called “Vivenda Compostela” and which is located next to the Hotel Algarve, is progressing with great strides. Half have already been demolished, with a machine.

Although the work was licensed by the Municipality of Portimão on December 3, 2015, in view of the alarm caused by the start of demolition – there are already dozens of photographs and countless videos being disseminated on social networks -, the competent services of the Municipality stopped the demolition at the end of this morning, as revealed by a municipal source to our newspaper.

Next to the property's entrance gate, there is a sign with the licensing permit, issued by the Portimão City Council. The work permit dates back to 2015, for a construction area of ​​1196,90 square meters.

The house had been built, as a holiday retreat, at the beginning of the last century by Francisco Bivar Weinholz, a cannery businessman and last mayor of Portimão da Monarchy and who, curiously, would offer one of his palaces (the one of his uncle Visconde de Bivar) to be installed there the Town Hall, which still remains in the same place today.

It then belonged, already in full Republic, to the Count of Covilhã. It was later bought by the northern textile entrepreneur Manuel Gonçalves, owner of the TMG Group. It was finally sold by the heirs to its current owner, Armando Faria, owner of the Barreiros Faria perfumeries and Perfumes & Companhia stores. It is this name – Armando Faria – that appears on the affixed license (see photos).

The house, which was considered one of the ex-libris of Praia da Rocha, stands on the edge of the cliff, but has no protective status. The building, which some say is at risk from the architect Raul Lino, was also surrounded by leafy gardens, which remained for many years, even in periods when the house was less well cared for. Today, these gardens are largely occupied by new construction, as can be seen in the photos.

According to the permit posted abroad, the work aims to build a single-family house. O Sul Informação it has not yet been able to ascertain whether the licensed project involves the total demolition of the old house or only partial demolition. What is certain is that, next door, a new building is already in an advanced stage of construction.

A source connected to the family, contacted on the spot, told our newspaper that the current owner "has five children and 18 grandchildren" and therefore wants to "build a house for the whole family." The same source denied the rumor that a hotel would be born there.

O Sul Informação has been, since morning, trying to contact, without success, either with Isilda Gomes, mayor of Portimão, who will be traveling, or with João Gamboa, councilor who currently holds the Urbanism portfolio. From what we were able to ascertain, the start of demolition caused great discomfort in the municipality, as it is a process that dates back to 2013, although the license currently in force is from 2015.

A source from the local authority told our newspaper that the councilor has been, since morning, meeting with technicians, to try to unravel how this demolition came about. In fact, the Municipality of Portimão will soon issue a statement on the matter, of which the Sul Informação will then report to readers.

The demolition of the house is arousing a strong repudiation by all people, inside and outside the municipality, who care about the heritage. José Gameiro, scientific director of the Portimão Museum, lamented the «destruction of one of the oldest houses in Praia da Rocha that still stood, among buildings». This building, he explained, "traverses the entire history of Portimão, from the times of the Monarchy and the beginning of the affirmation of the canning industry, through the Republic and the golden times when Praia da Rocha was the beach resort of the elites and reaching ours days".

Interestingly, in 2013, when she was first elected as president of the Chamber, the current mayor Isilda Gomes had guaranteed that «the time for concrete is over, we are well served at this level, now it is time to consolidate the city, look at the people of this city, try to do that». 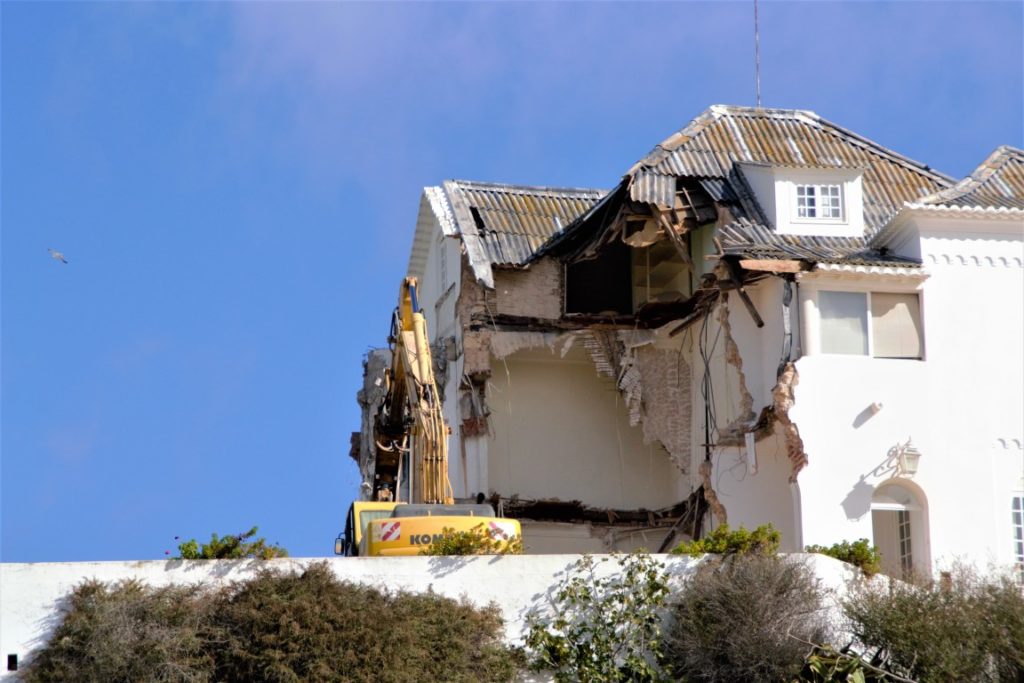 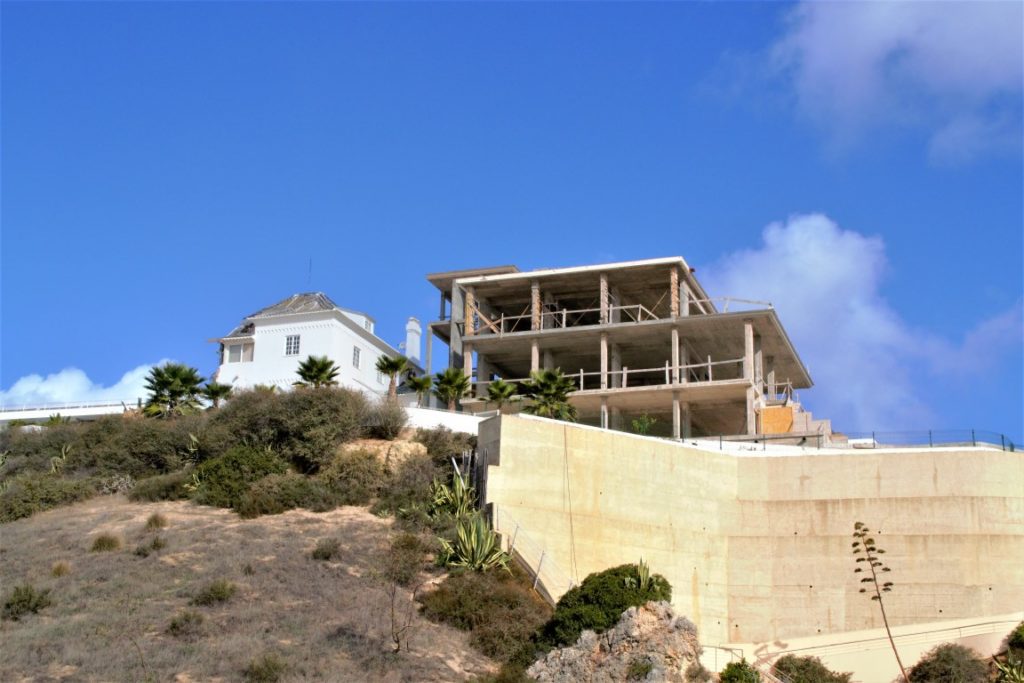 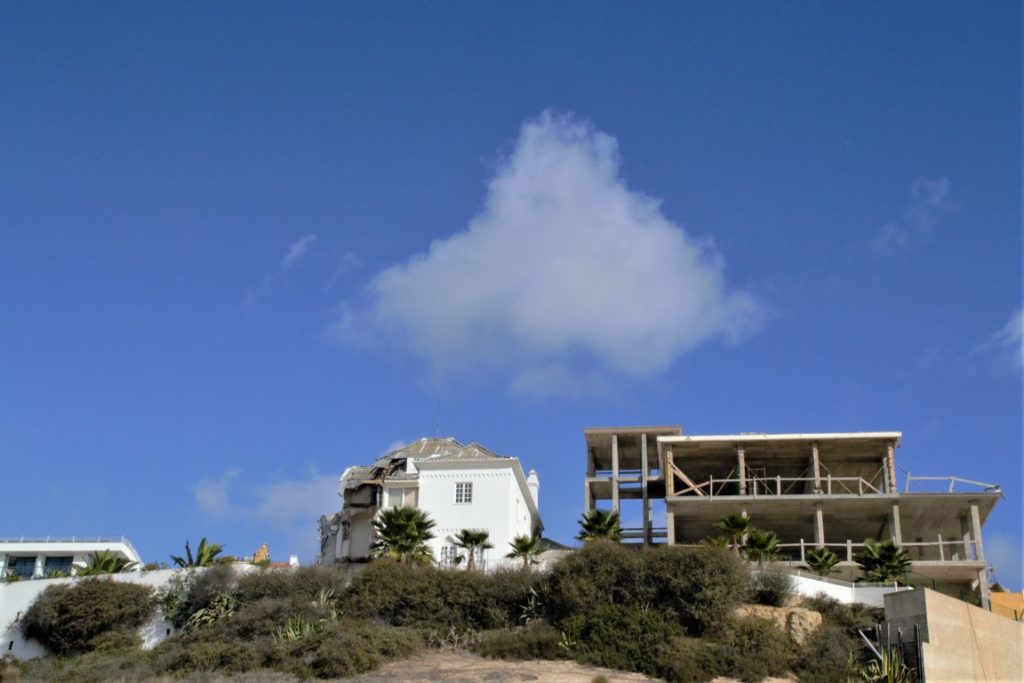 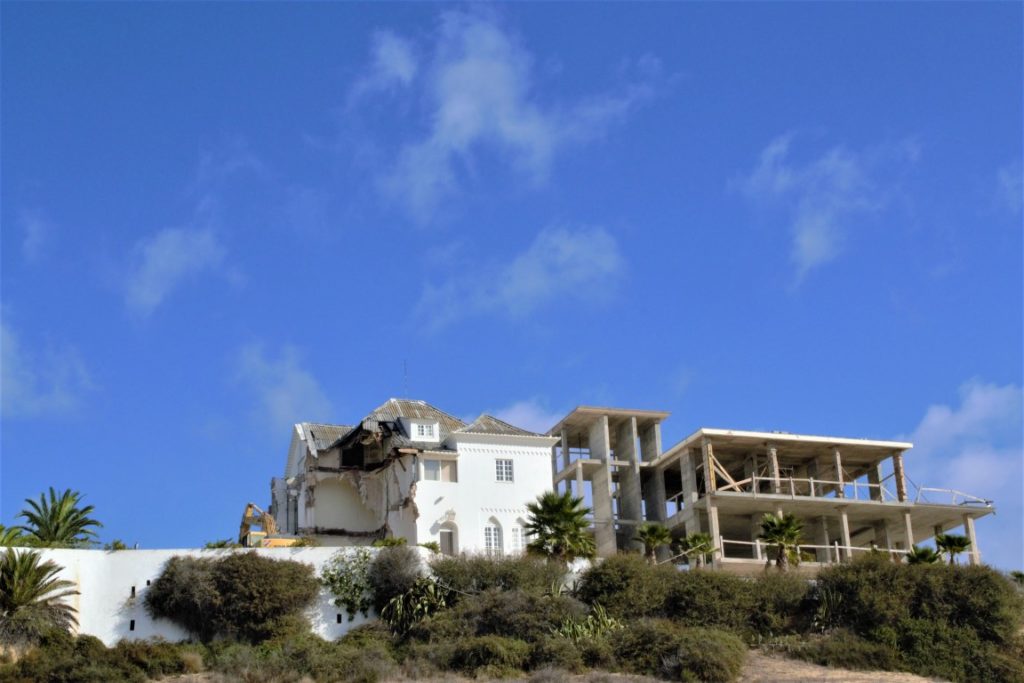 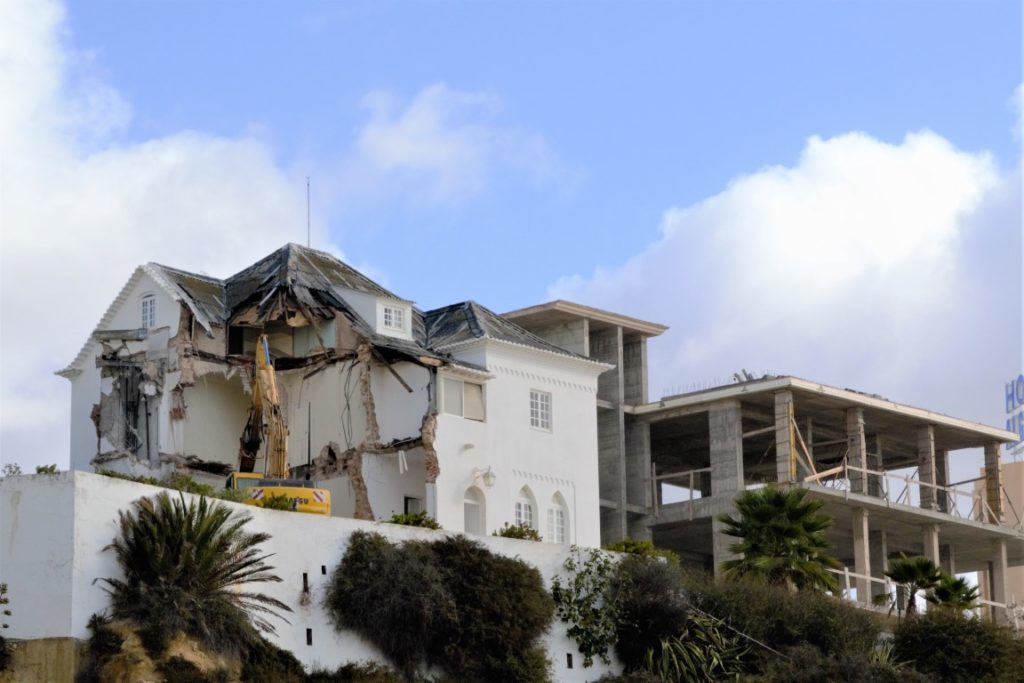 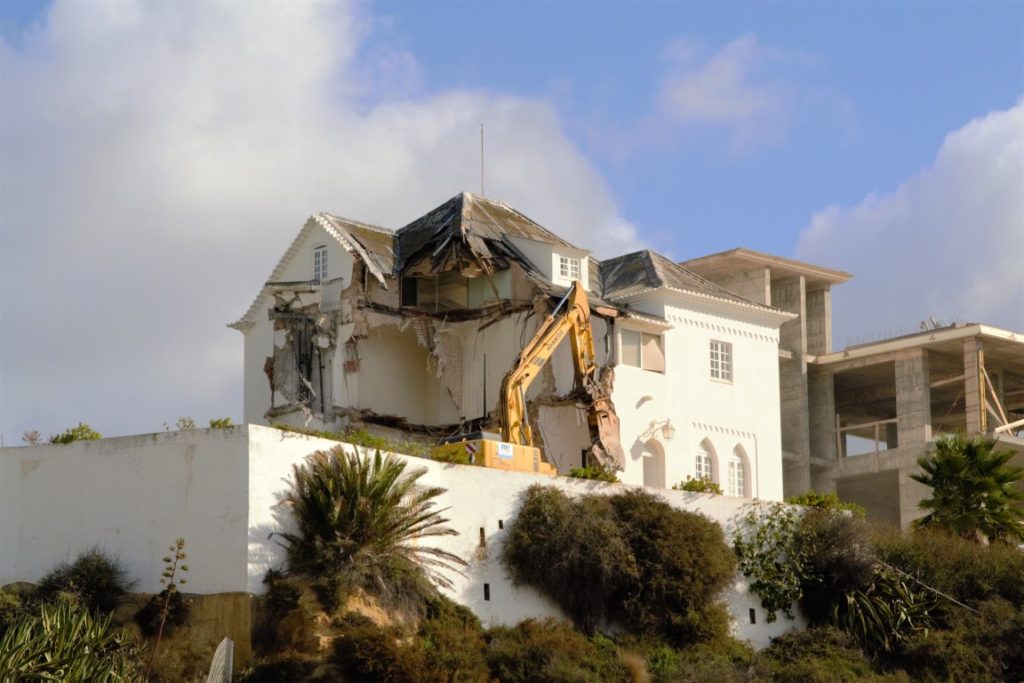 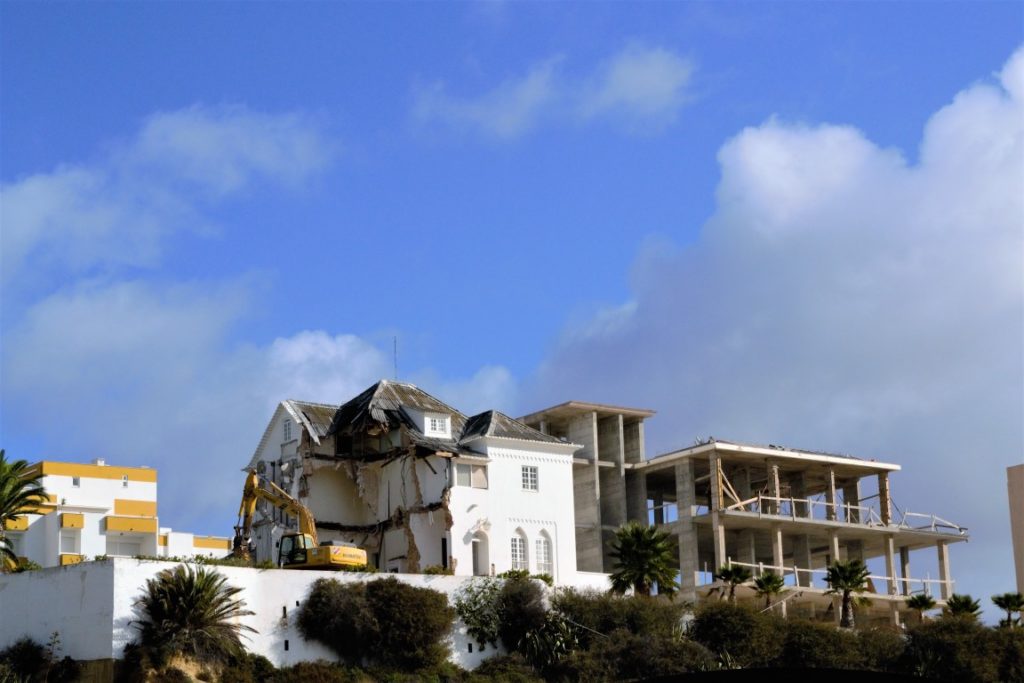 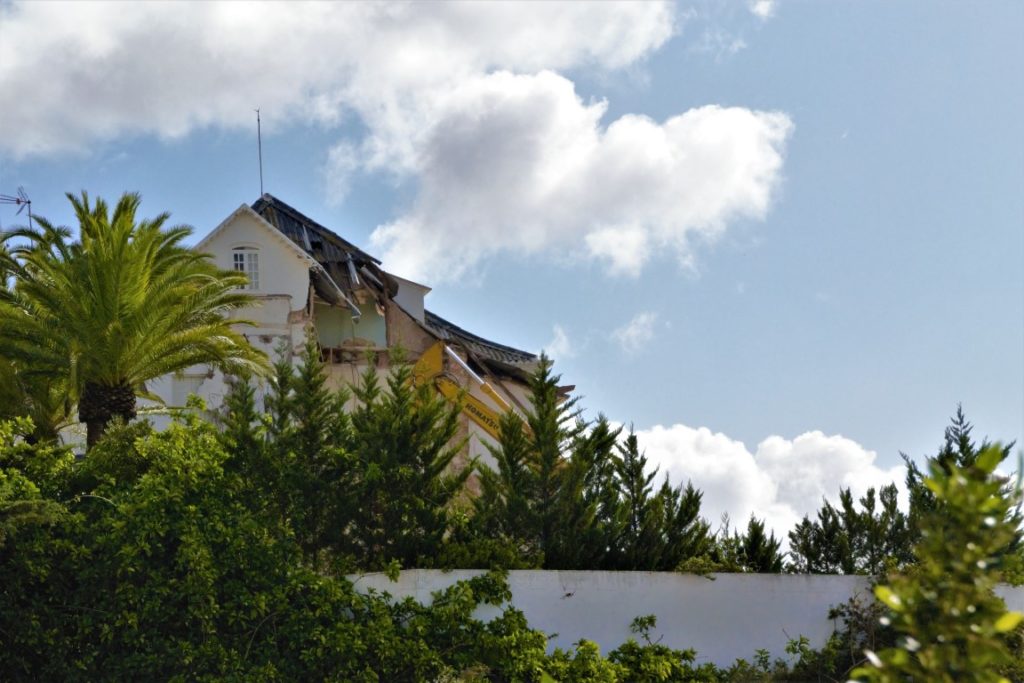 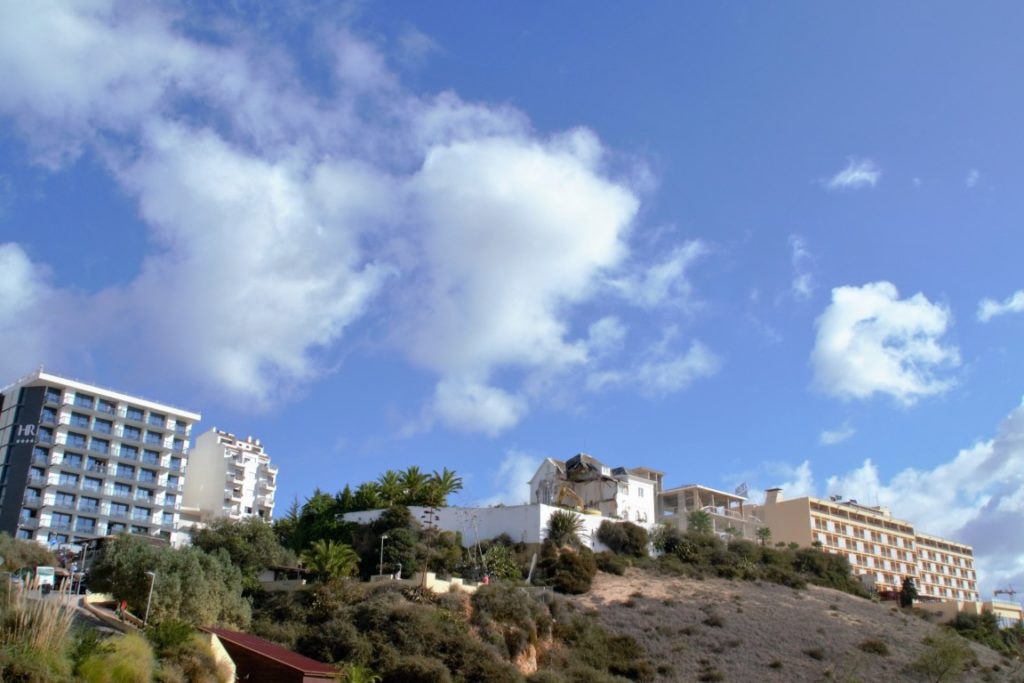 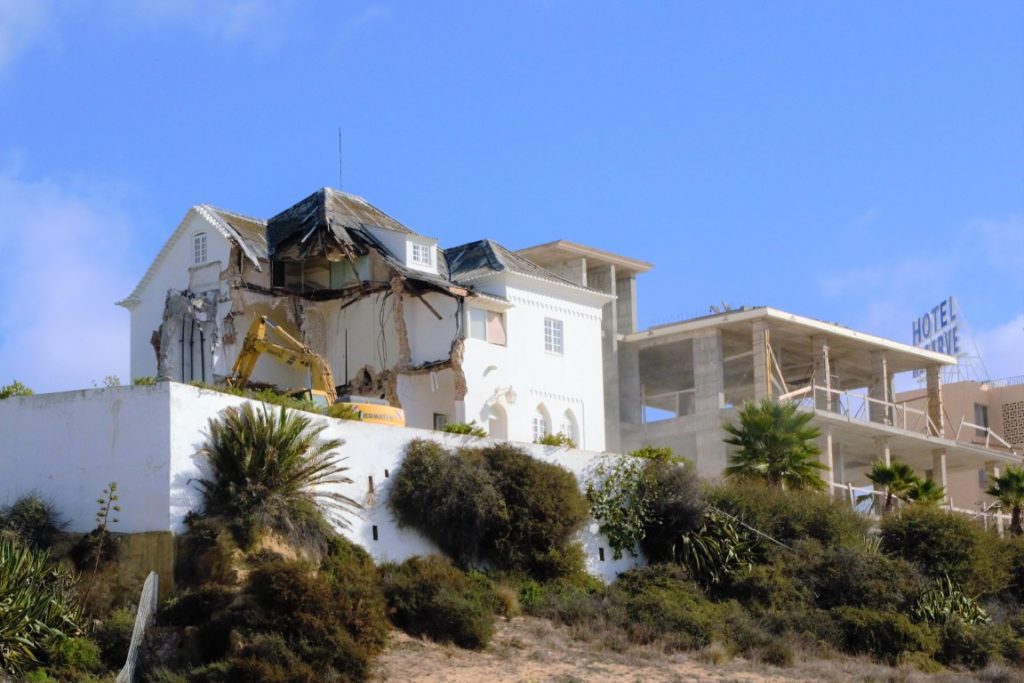 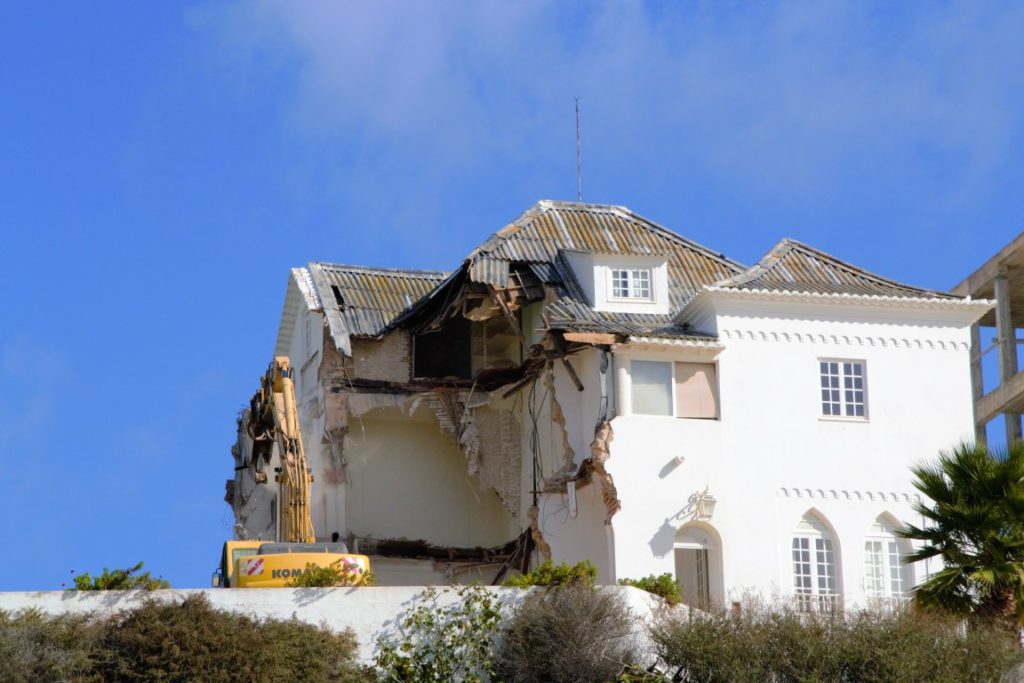 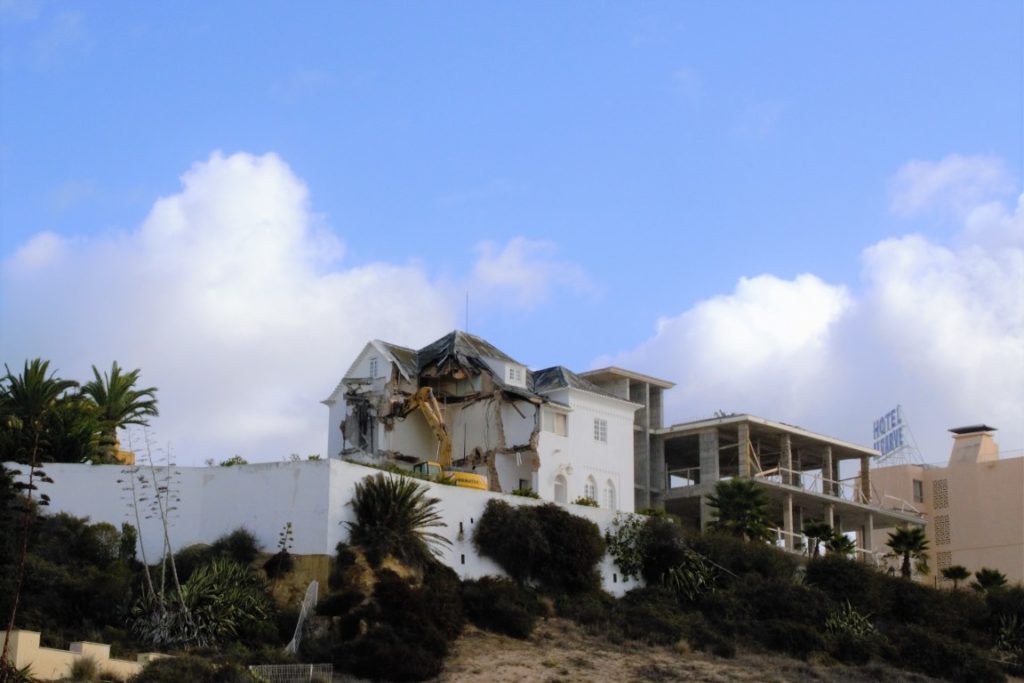 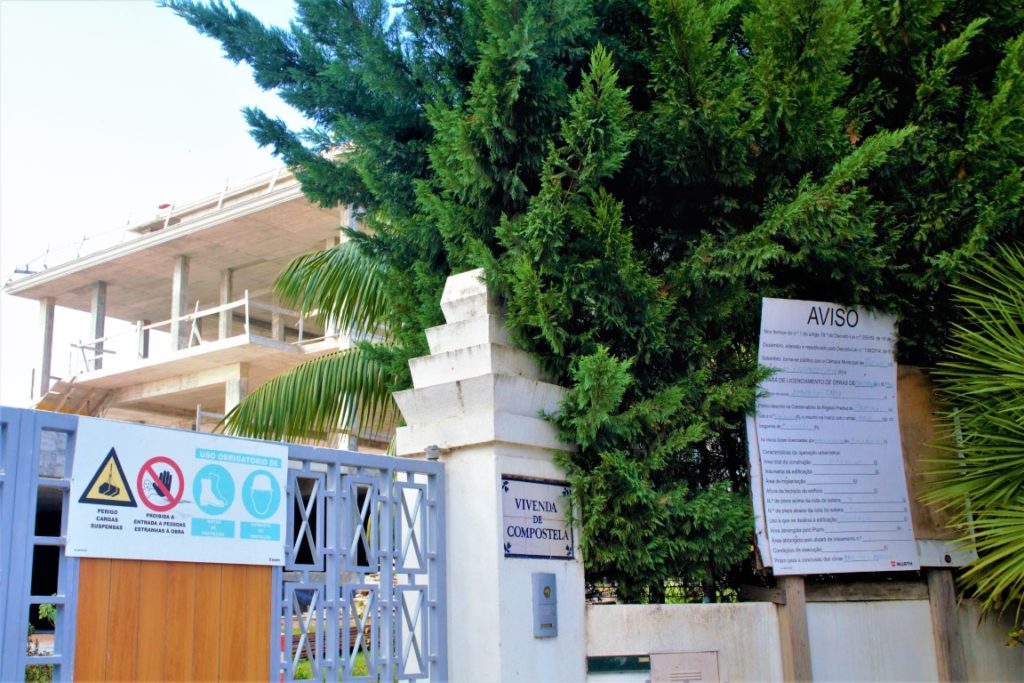 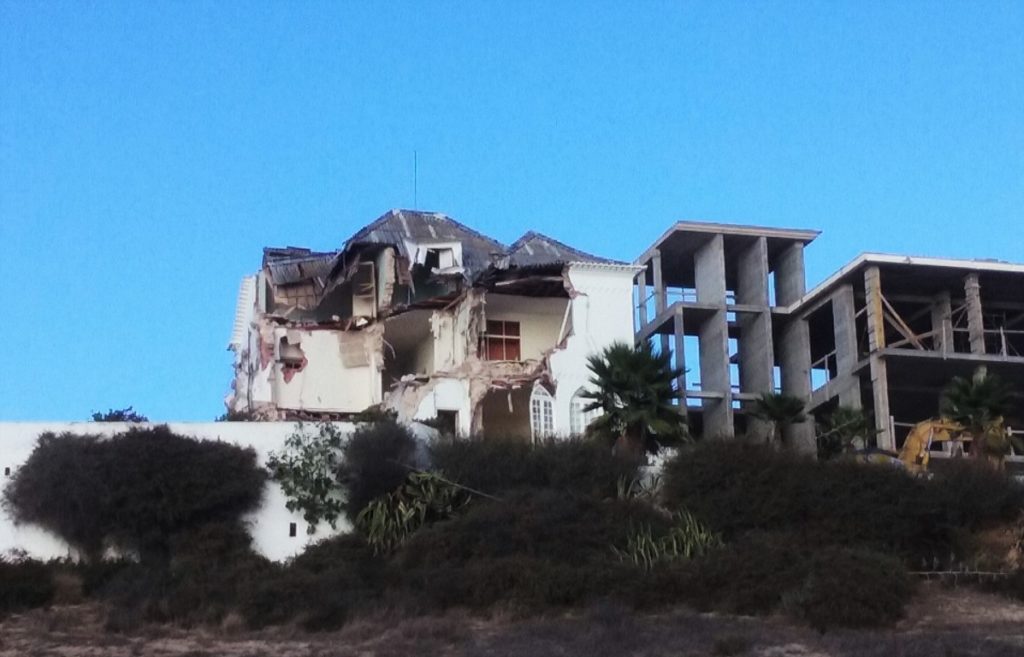 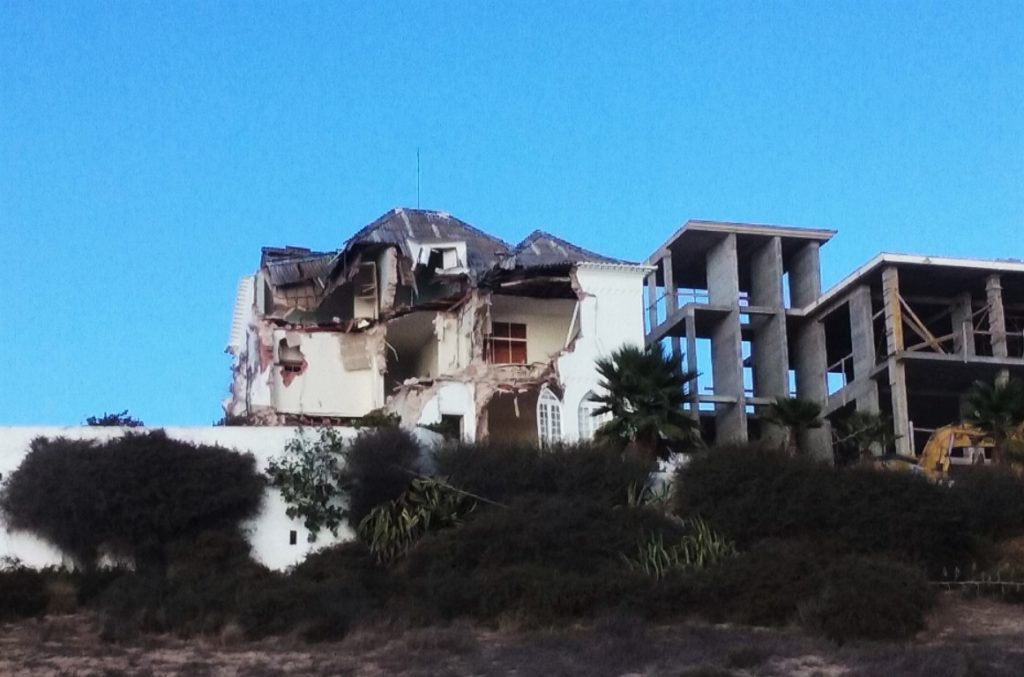 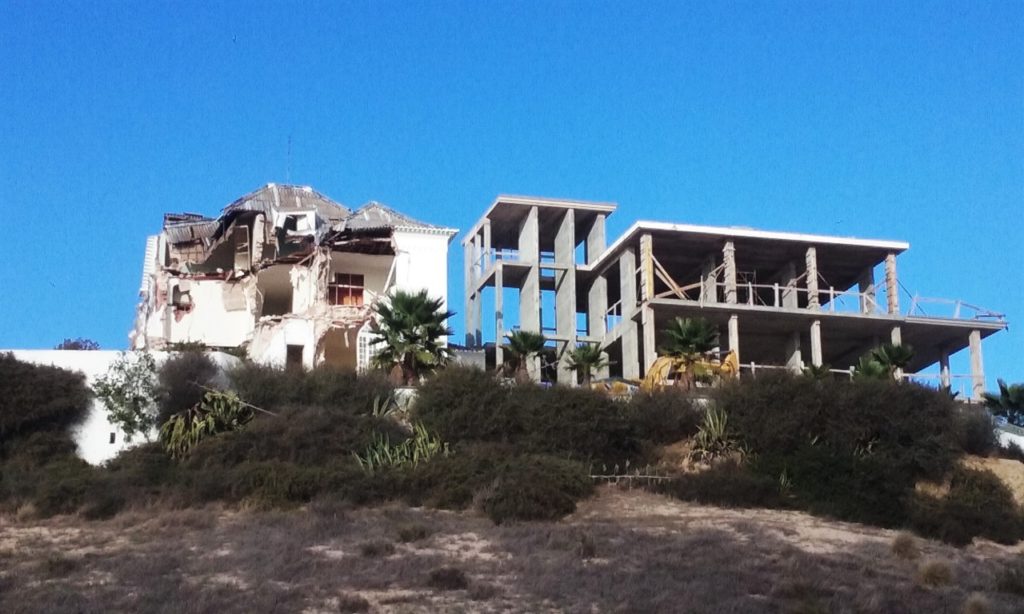 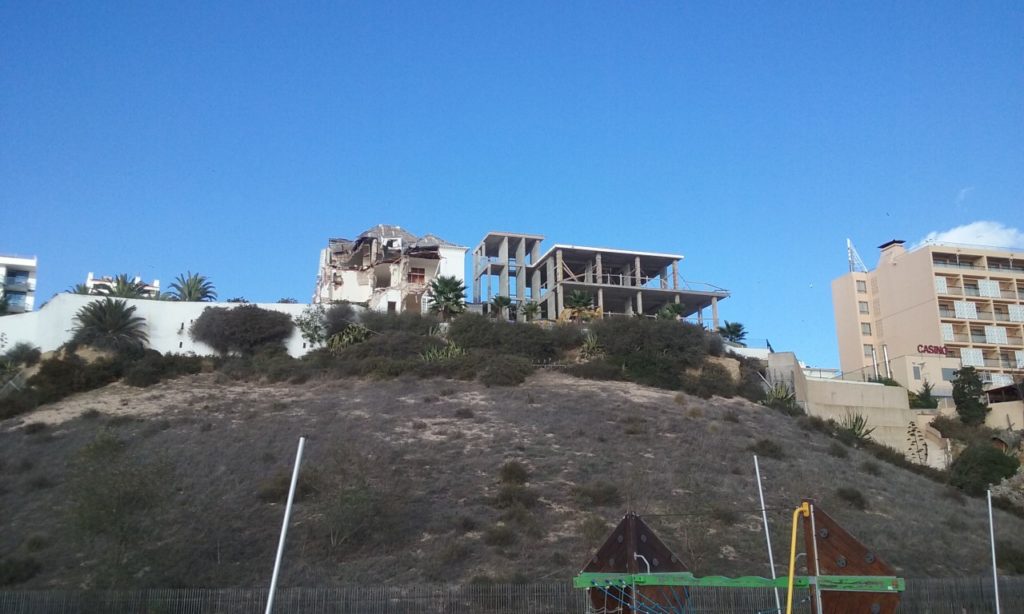 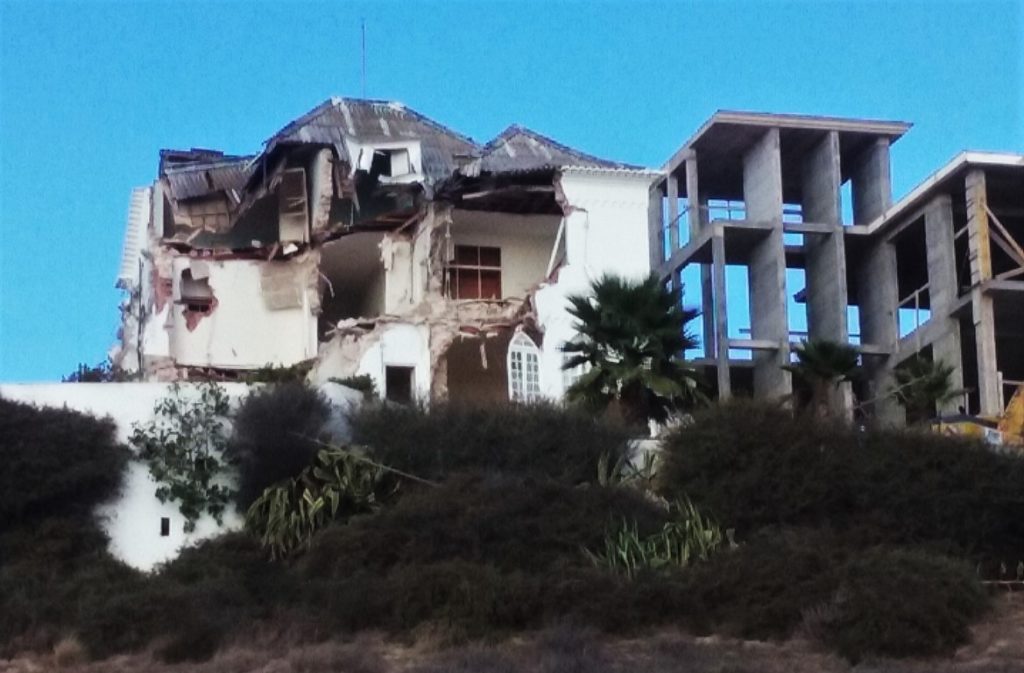 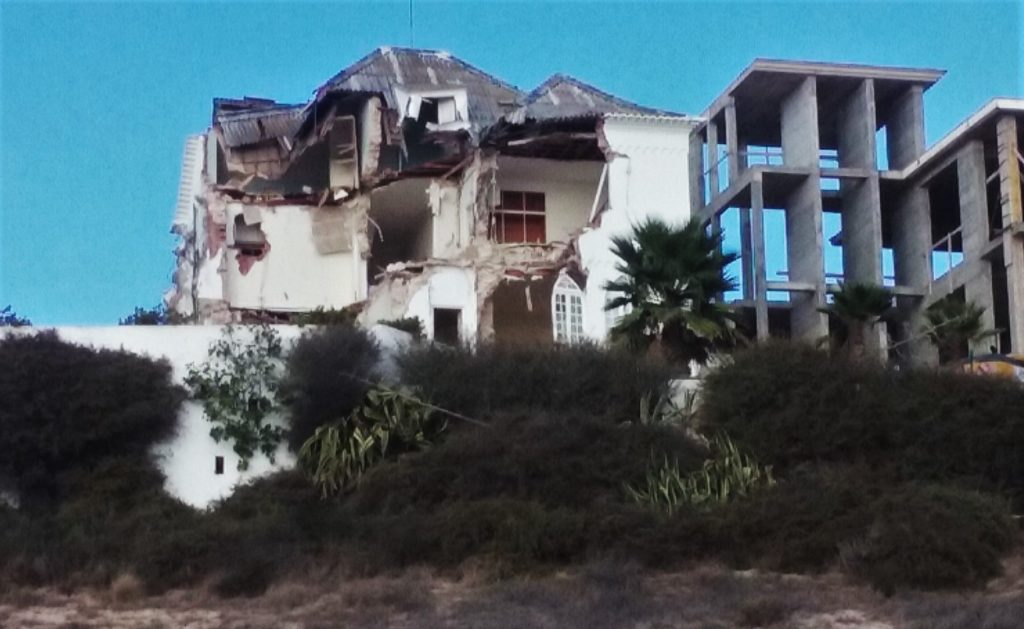 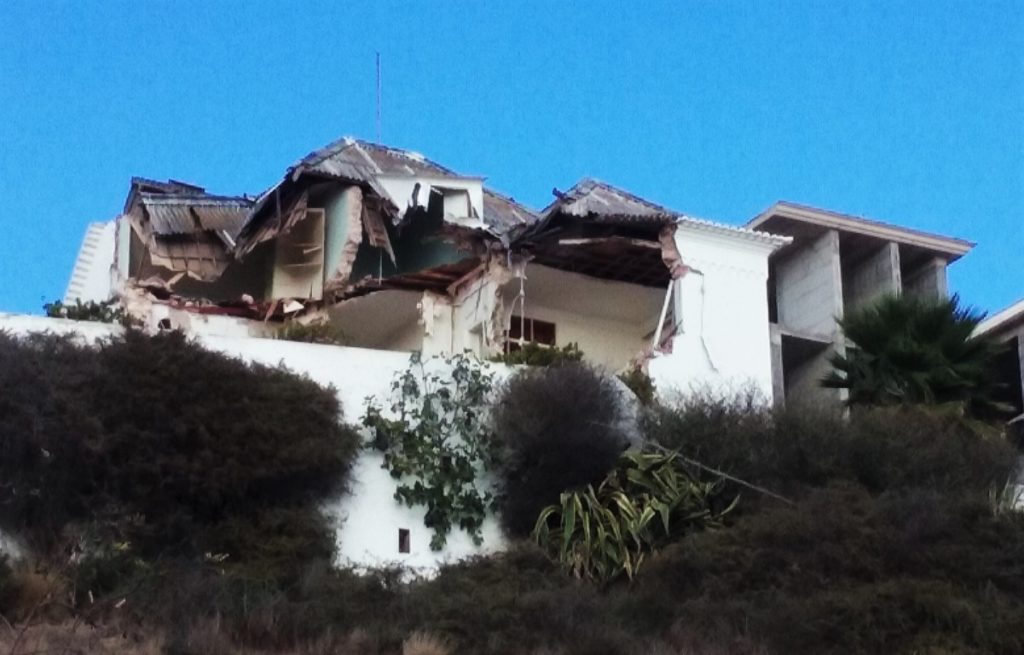