Quarteira already has a new GNR post with «decent conditions» 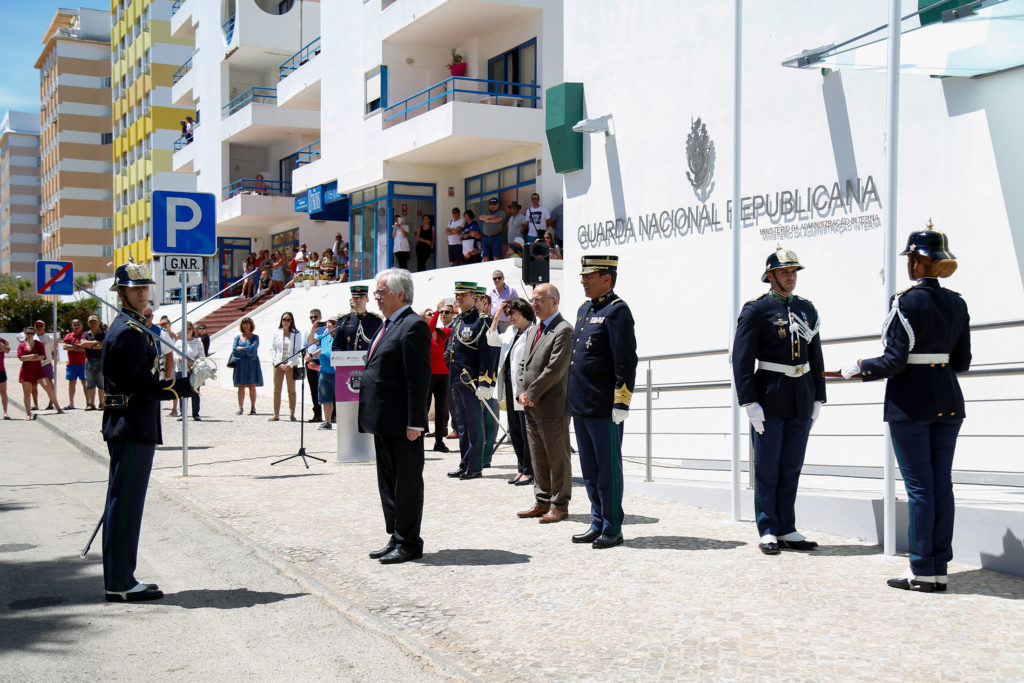 The new GNR post, in Quarteira, inaugurated last Saturday, June 22, next to the Calçadão, provides “dignified conditions” to the military and will be at the service of all: “Quarteirans, Algarvians, nationals and foreigners”.

"This investment finally gives decent conditions to those who serve the GNR in Quarteira and will be at the service of Quarteiras, the Algarve, all nationals and foreigners who enjoy vacations, live or work in Quarteira", said Eduardo Cabrita regarding the work that was around. an investment of 1 million euros, and which included the adaptation of the former fire brigade installations in this city.

GNR General Commander Luís Botelho Miguel also spoke of the added value of this new building in terms of «significant advances in the quality of customer service, but also in the renewed working conditions for the daily effort of the military, synonymous with recognition and encouragement to do more and better».

"These new facilities, due to their modernity and functionality, combined with their location, should project themselves in the community as a heritage of all and for everyone, facilitating responses to needs", considered the head of this security force. 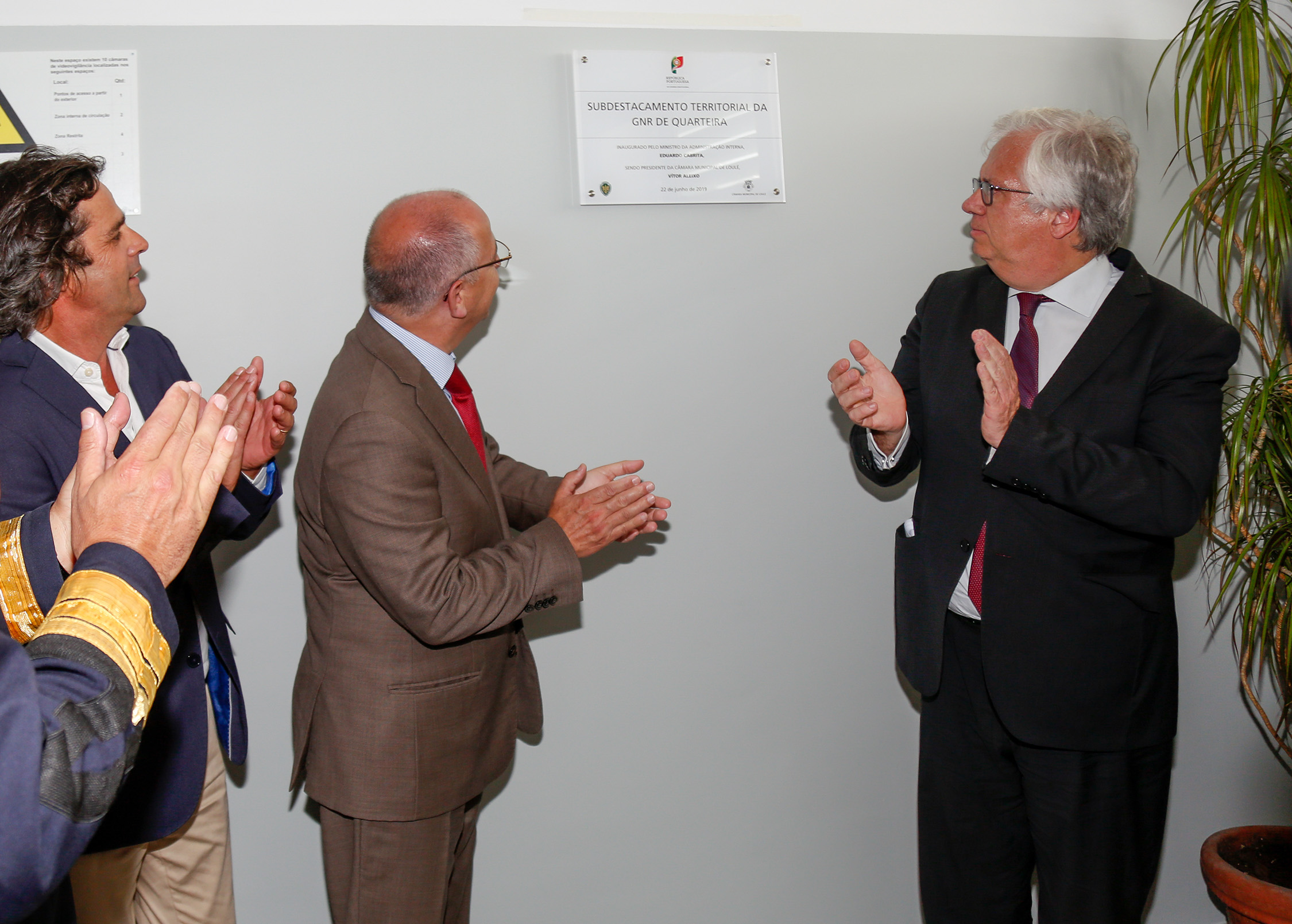 With a presence in the parish dating back to the 80s, GNR operated in recent years in adapted facilities in the former professional school in Quarteira.

This Territorial Subdetachment (designated as such since 2014) operates in the action zone of approximately 38 square kilometers, serving a community of around 30 inhabitants, a number that increases exponentially during the so-called high season of the Algarve's tourism. Last year, there were, for example, 1800 patrols, "in a preventive action and to help the populations".

The "productive" and "decisive" institutional cooperation between the Ministry, the GNR and the Municipality of Loulé, highlighted by Eduardo Cabrita during this ceremony, continues to bear fruit, after the Salir Post opened its doors in 2017 and also the improvements ongoing in the Loulé building.

The municipality guarantees the inauguration of the new GNR Post in Almancil and the Civil Protection facilities, namely the CDOS – District Center for Relief Operations, in Loulé, and the BAL – Logistic Support Base, in Quarteira.

For the mayor of Loulé, the next step in this matter will be to accelerate the work in progress «so that in the three years to come, the GNR may have adequate facilities in the Algarve for its district command».

It will also be in Loulé that the new GNR Territorial Command, in the region, abandoned the old facilities, in Faro.

At this ceremony, Vítor Aleixo also announced the handover of bicycles to the Quarteira GNR, “in order to improve the efficiency of patrolling in areas with restricted access and, at the same time, contribute to the reduction of carbon emissions”. 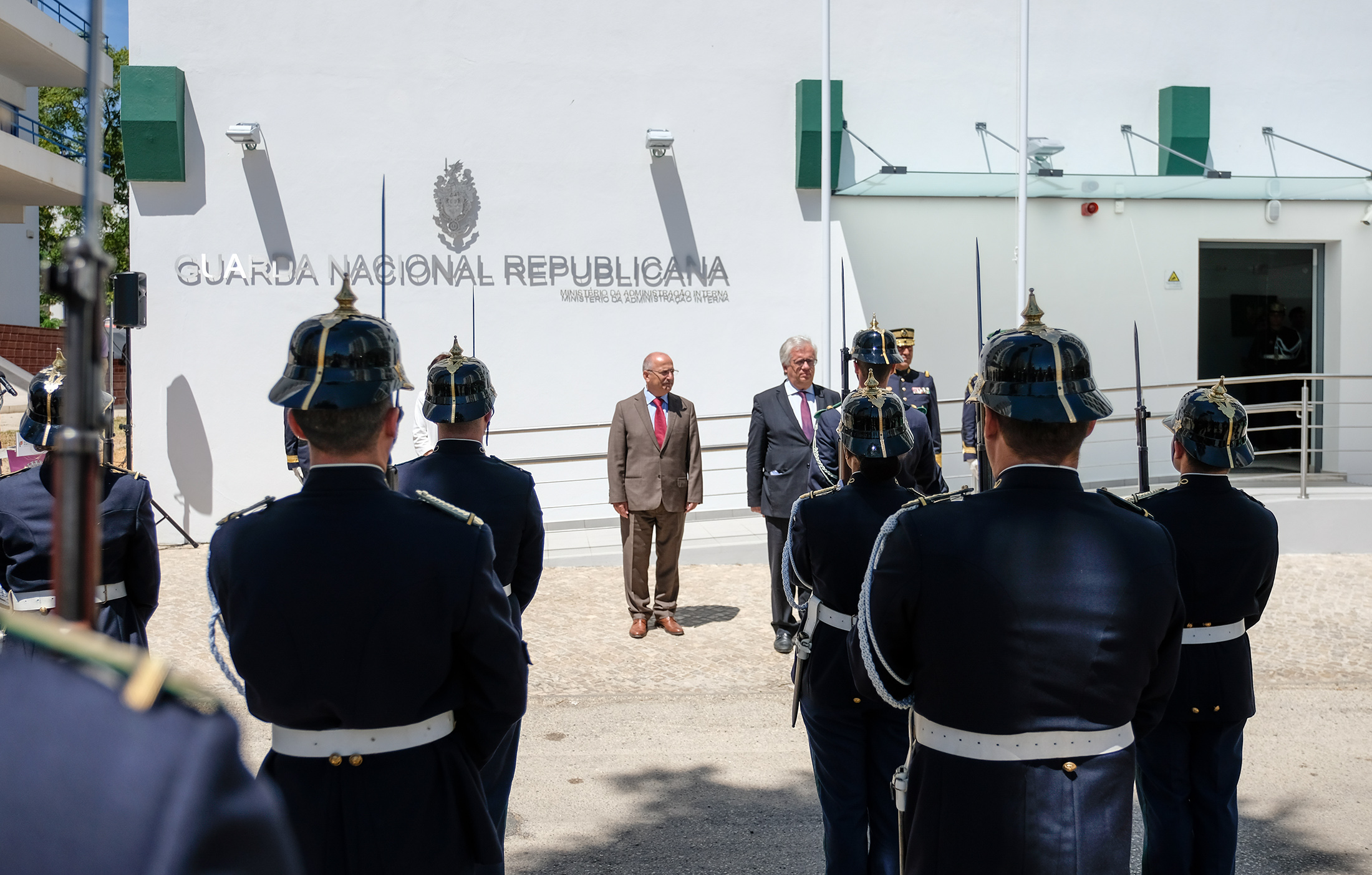 In a tourist region par excellence, the minister who has the security portfolio spoke of the priority that the Algarve constitutes for the MAI, as this is the only region in the country whose all municipalities have signed the Local Security Contracts.

«Security is today a decisive value for the quality of life of populations, for attracting investment but also for the success of tourism», highlighted Eduardo Cabrita, referring to data from the Global Peace Index that currently points Portugal as the third safest country of the world.

This is also the idea of ​​Vítor Aleixo, who was very clear when he said: «it is our responsibility to ensure the well-being of those who live here or spend holidays, and the success of a tourist destination depends very much on the ability to provide a safe environment to its visitors'.

"We must ensure that our cities, our municipality, continue to be seen as a safe destination, as a large part of the region's economy is based on the tourism sector," he concluded.