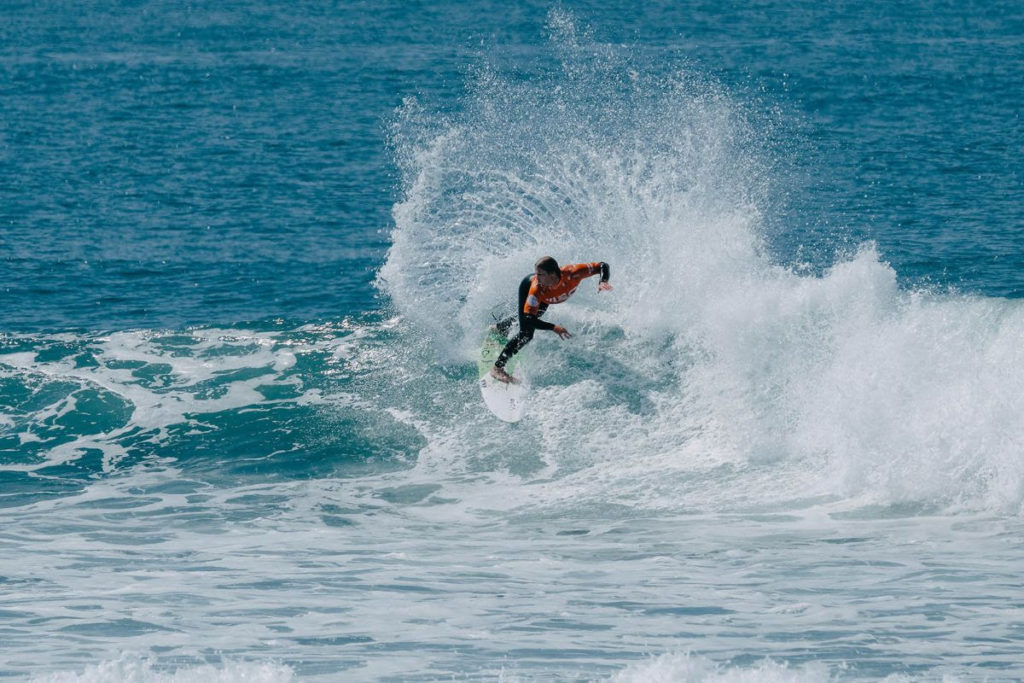 The Allianz Algarve Pro, the fourth and penultimate stage of the MEO Surf League, the main surfing competition in Portugal and where the sport's top titles are disputed, is about to start, with a call scheduled for 8 am this Friday, on the 21st, at Praia do Amado, in Aljezur.

In addition to the decisive nature of the national title and the fact that it is here that the Allianz Triple Crown champion will be decided, this event is also special for marking the circuit's return to the south of the country, five years after its last visit to the Algarve waves. A return that pleases Marlon Lipke, the most reputed name in the history of Algarve surfing.

“Expectations are very high for this race. Amado was the beach where I started surfing, where I made the first wave worthy of the name. I know the beach well, I've already won a stage of the world qualifying circuit there and, although 5 years ago, in the last stage played here, things didn't go so well for me, I think I'm ahead of the competition. Although the forecast is not the best of all, we may be lucky on Sunday and finish the race in good shape. I'm motivated, I have a good board for the wave and to win in the Algarve after so many years would be amazing and very special for me”, said Marlon Lipke, top 5 of the MEO Surf League and former top of the World Surfing Circuit.

With the start of the Allianz Algarve Pro approaching, the competition framework is set, with the best national surfers, including Tomás Fernandes and Yolanda Sequeira, who lead the Santander Ranking, already knowing the opponents they will face in the opening round.

“The return of Liga MEO Surf to the Algarve is important because this is a region with many good surfers. Some of them have to face great displacements to go to the other stages and as they don't have much support they end up not being able to make the circuit. So having a step here is critical. This is a great opportunity for them to compete against the best national surfers”, said Gustavo Gouveia, former national champion and Allianz Algarve Pro wildcard.

“Portuguese young people are surfing better and better, even out of doors, and I believe that soon we will be able to have representatives on the world circuit again. As for me, I'm not very much within the competitive rhythm, but it could be that as the competition progresses, things will happen”, added Gustavo Gouveia.

In terms of sea conditions, forecasts point to a start with quality waves at Praia do Amado, allowing for an early start of competition on Friday, with a good prospect for a swell that starts on Sunday.

Pedro Monteiro, competition director Liga MEO Surf, commented that the forecasts indicate “waves already on Friday, since we're still going to receive what's left of the swell that came in the middle of this week. Although, on Saturday, the sea may be smaller, on Sunday another swell comes in, which should bring more waves in time for the end of the stage. This is because the direction of the swell allows it to enter directly into Praia do Amado”.

In terms of side trophies, there is also the fight for the best maneuver in the Renault Expression Session, the Somersby Onda do Another Mundo, the Algarve Best Surfer and the sports points for the Santander Award, and the public can also make their choices in the Rip Curl Fantasy Surfer.

Rip Curl Fantasy Surfer: Place your bets on the best surfers in the competition
– Stage Winner Award: Rip Curl Search GPS Clock
– Deadline for the constitution of teams: 8:00 am on the first day of the competition (June 21)
– More information at: fantasy.ansurfistas.com

All stages of the MEO Surf 2019 League can be followed live on Sport TV, as well as in other official channels: MEO facebook, app at position 810 on the MEO channel grid, www.ansurfistas.com and social networks at @ansurfistas.

Liga MEO Surf 2019 is an organization of the National Association of Surfers and Fire!, with the sponsorship of MEO, Allianz Seguros, Renault, Bom Petisco, Banco Santander, Somersby, Rip Curl, the sustainability partners Fundação Altice and Jerónimo Martins, with the local support of the Municipality of Aljezur, Algarve Tourism Region and Algarve Surf Clube, with the technical support of the Portuguese Surf Federation.