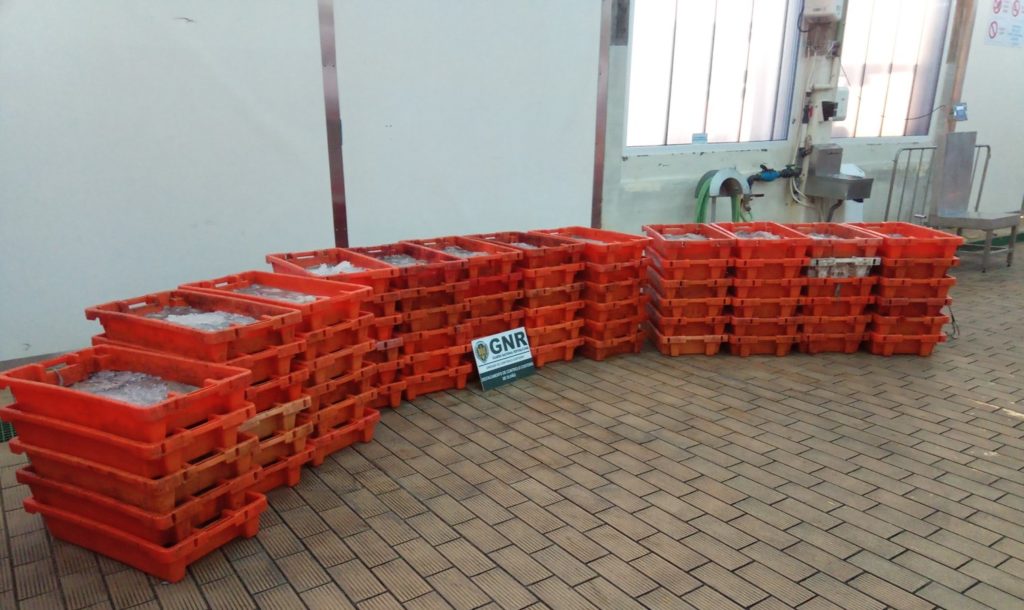 918 kilos of octopus, which had escaped from the auction, were seized this Wednesday, June 6, in Via do Infante, near Castro Marim. The seizure was made by the Coastal Control Unit of the GNR, through the Subdetachment of Coastal Control of Olhão.

"As part of a road surveillance action, the military approached a vehicle that was transporting octopus, without it having been subject to the first sale at auction (escape from the auction), which led to its seizure", explains the GNR in a statement .

Of the seized octopus, about 40 kilos, for not having the minimum weight required by law of 750 grams, for their capture and sale, were donated to a social solidarity institution.

However, more than 110 kilos were destroyed, as the octopus was unfit for consumption.

The remaining fish seized was delivered to the auction so that it could be legally sold.

The responsible company was identified and could be subject to fines of 44.891 euros, for fleeing the auction, and 37.500 euros for having caught undersized fish.

“The first sale of fresh fish is obligatorily carried out at auction and fish whose sizes are below the fixed minimum sizes must be immediately returned to the sea”, explains the GNR.