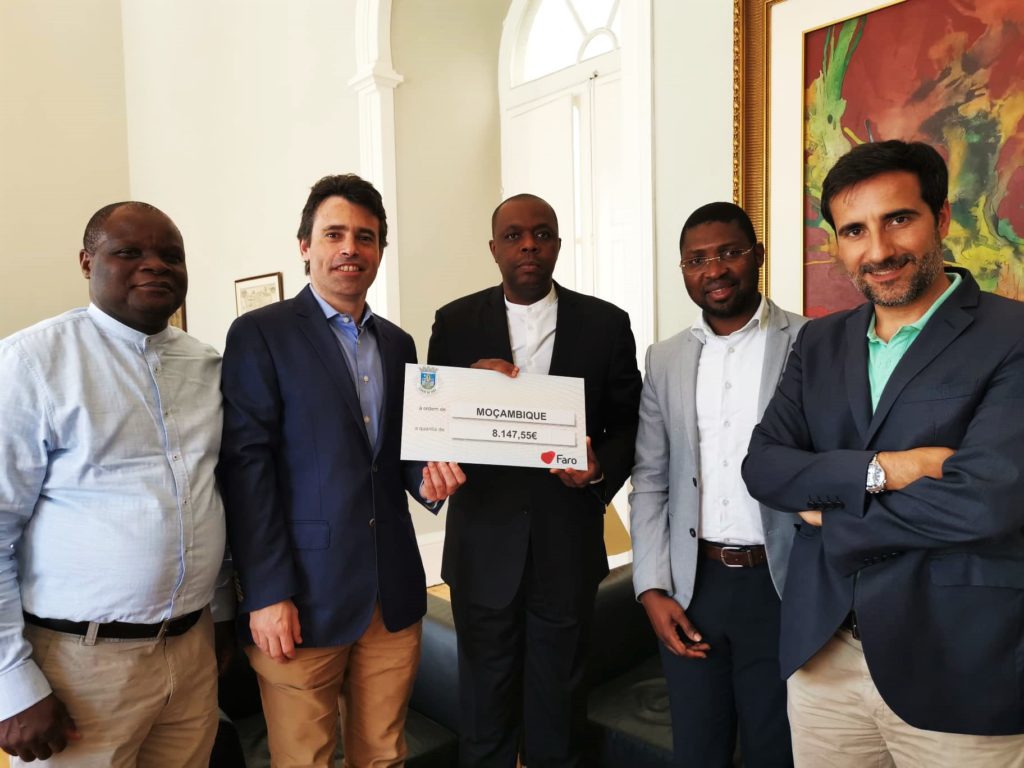 The Chamber of Faro This Friday, May 31, he handed over a check for 8.147,55 euros to the ambassador of Mozambique so that the money could be used to support the populations affected by cyclone Idai.

The money was the product of the box office of the concert by Dino d'Santiago, held at Teatro das Figuras on 20 April.

The money was given to Joaquim Bule, ambassador of Mozambique.

Faro is a town twinned with Maxixe and has maintained, since 2014, a cooperation agreement with Nampula.