Praia da Batata, in the urban area of ​​Lagos, will have, from this Sunday, the first emergency signs […] 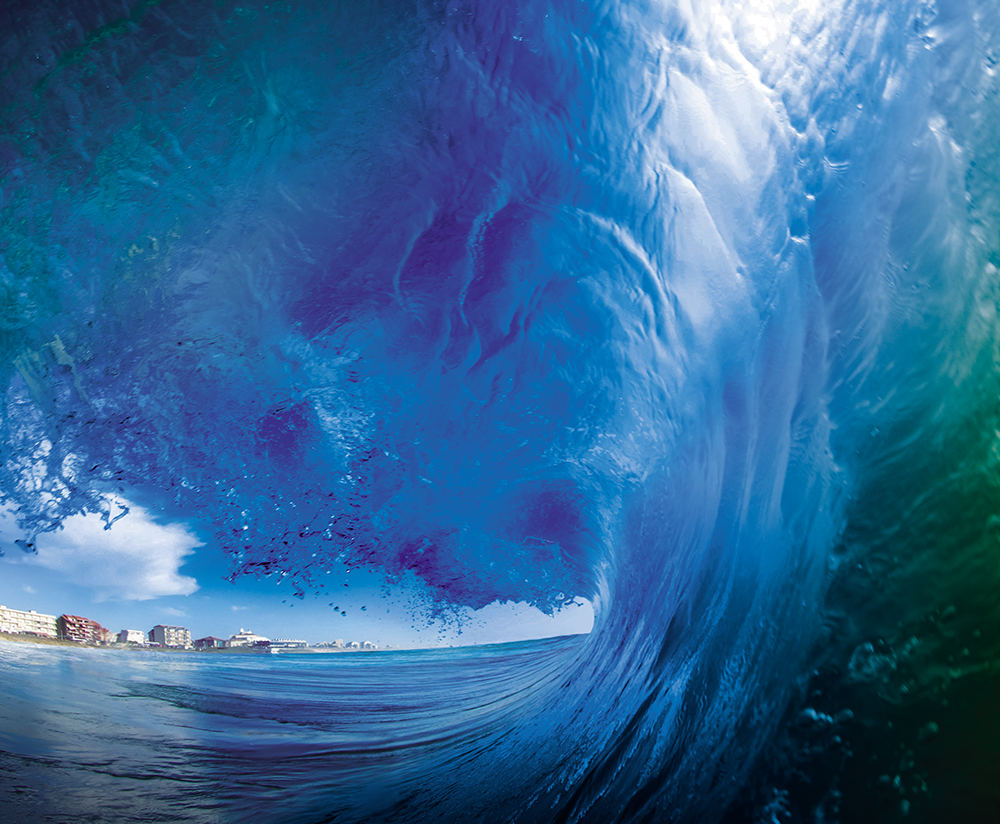 Praia da Batata, in the urban area of ​​Lagos, will have, from this Sunday, the first emergency signs installed in the event of a tsunami throughout the country. The date chosen, 1 November, is the day that marks the 260 years of the 1755 Earthquake, which left a trail of destruction across the country, namely in Lagos, due to the combined action of the earthquake and the tsunami that followed. .

Councilor Paulo Jorge Reis, responsible for Municipal Civil Protection, told the Sul Informação that «the signage will be placed on Praia da Batata as it is our most urban beach, usually with a lot of people and good accessibility».

The signs indicate "which is the meeting point and the route to get there where people should go, in case there is an earthquake that could be followed by a tsunami," added the councilor.

The route between that beach and the defined high and safe place, the parking lot of Chão-Queimado, will, in fact, be covered on Sunday, at 15:00 pm, by the participants in the inauguration of the signage and in the evocative session of the 260 years of the Earthquake. 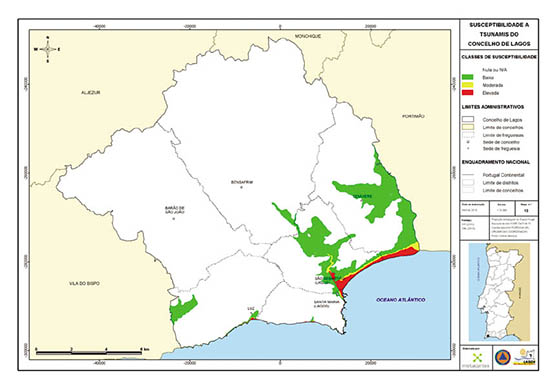 «Lagos is a partner of European Center for Urban Risks, CERU, and, in this context, a seismic and tsunami risk map has already been drawn up, which also indicates the places where the population should go if any of these situations happen. Within the scope of the Inspired project, promoted by CERU, this year we have already produced a leaflet with this information and now we are going to inaugurate this signage», said Paulo Jorge Reis. This is the first signage installed in the Algarve and even in the country.

The session commemorating the 260 years of the 1755 Earthquake, which follows the inauguration of the signage at 16 pm, will take place at the Ponta da Bandeira Fortress, next to Praia da Batata Beach.

Speakers will be the architect Frederico Mendes Paula, from the Câmara de Lagos, who will speak about «The 1755 Earthquake in Lagos», Paula Teves Costa, president of CERU, who will explain the framework of the signage in the Inspired project, the councilor Paulo Jorge Reis, who will speak will make known the awareness actions of the Municipal Civil Protection in the scope of Seismic and Tsunami Risk.

The session is closed by Maria Joaquina Matos, president of the municipality, who will address the way in which the City of Lagos has dealt with risk prevention in the municipality. 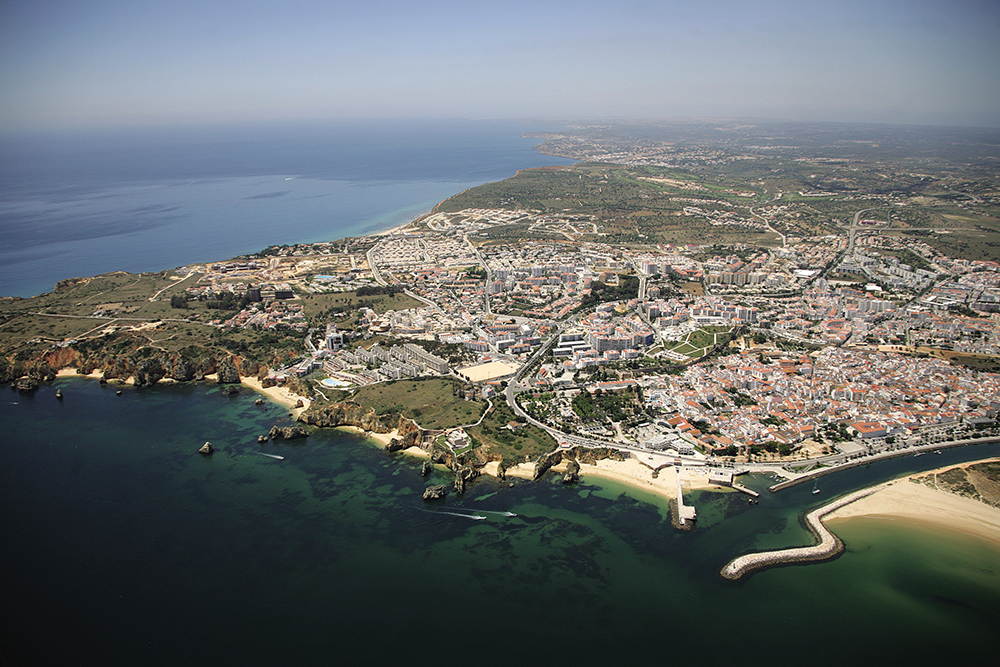 O inspired project continues the VULRESADA project, developed by Lisbon European Center for Urban Risks (CERU) and by the Center Euro-Méditerranéen pour l'Évaluation et la Prévention du Risque Sismique de Rabat (CEPRIS), with the collaboration of Portuguese researchers linked to the Dom Luiz Institute, of the University of Lisbon, and Moroccan researchers from the Center National pour la Recherche Scientifique et Technique de Rabat (CNRST), which characterized the seismic and tsunami hazards in the cities of Lagos and Cascais, in Portugal, and Tangier and M'Dieq, in Morocco.

The Inspired project, developed in 2014 and 2015, which also has the participation of the European University Center for Cultural Goods of Ravello, Italy (CUEBC), aims to inform and involve the population in the implementation of preventive and preparatory measures, in a way coordinated with civil protection authorities.

Special attention is given to the situation of citizens with limited mobility, proposing measures that contribute to improving their reaction conditions in the face of risk.

"Knowledge of the risks, as well as the implementation of prevention and protection actions within the population, will reduce the vulnerability of the community and increase its resilience, and these methodologies can later be applied to other European and North African cities", they stress those responsible for the project.