The Algarve is the third area in the country with the most beneficiaries of the 'Estímulo 2012' measure, financial support granted by the State […] 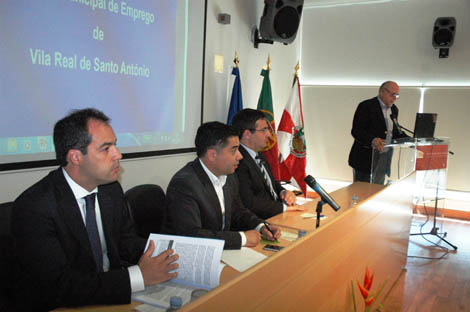 The Algarve is the third region in the country with the most beneficiaries of the measure "Estímulo 2012", financial support granted by the State to companies that hire unemployed people in a vulnerable situation, under which 800 jobs have already been created, revealed this Friday, in Vila Real de Santo António, the Secretary of State for Employment.

Pedro Silva Martins was in the Algarve city to attend the presentation of the Employment Plan, a pioneering strategy of local action aimed at reducing the number of unemployed in the municipality, launched by the Vila Real de Santo António City Council, in partnership with the Employment Institute and Professional Training (IEFP).

In addition to proposing a set of solutions for the implementation of active employment policies and the creation of jobs, the goals now defined involve all sectors of activity, based on the principle that only an intervention of all economic operators in the municipality can contribute to reducing unemployment.

More than a simple survey of ideas, the preparation of the Local Employment Plan is the result of shared management that involved meetings with dozens of entities, whose suggestions are now included in the document.

The creation of the plan was based on a protocol signed on May 13, 2011 (Municipality Day), whose initial objective was to help those who were unemployed and facilitate their subsequent integration into the labor market.

Over the course of a year, the idea was followed up by a team from the Institute of Regional and Urban Studies of the University of Coimbra (IERU), led by Professor Henrique Albergaria, who began by carrying out a complete diagnosis of the economic and territorial characteristics of the municipality of Vila Real de Santo António and crossed them with the current situation of the labor market.

At a later stage, open sessions were held to civil society, IPSS, economic agents and political decision makers, through which a work plan was established, whose final version was presented yesterday to Secretary of State Pedro Silva Martins.

In order to guarantee practical and not just academic solutions, the Local Employment Plan adapts to the reality of Vila Real de Santo António, but is still in line with national policies for economic growth and employment.

«Because we know that behind the unemployment numbers there are dozens of families and people, the municipality of Vila Real de Santo António, taking into account its social matrix, could not limit itself to watching the increase in local unemployment statistics, whose causes they are not alien to the national and European crisis. It was for this reason that we took the decision, a pioneer at the regional level, to boost the labor market and intervene in a proactive way», notes Chamber President Luís Gomes.

«More than a set of ideas on paper, the plan presented today is based on a practical aspect and has clear objectives: the reduction of unemployment in VRSA, the increase in training and the diversification of sectors of local activity with a view to creating new jobs in work», continues Luís Gomes.

To witness this, two examples of young entrepreneurs in the area of ​​commerce and tourism were presented, cases praised by the Secretary of State for Employment.

Mayor Luís Gomes even spoke of three good examples already in progress: a course for tourist guides promoted in partnership with the IEFP, the integration of unemployed people in civil construction in urban and social neighborhood rehabilitation and the creation of craft kiosks, sweets or fruit shop in the historic city center.

"Despite the program of financial assistance to Portugal, we verified that there is a network of good examples based on a practical aspect and that there is motivation on the part of the municipalities to overcome the challenges they face", noted, for his part, the Secretary of State Pedro Silva Martins. 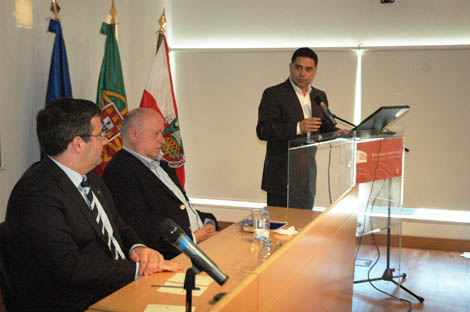 In order to adapt to the reality of the municipality, the VRSA Employment Plan identifies the main strategic local sectors – tourism, fishing and industry – and suggests a set of measures to enhance them.

From another perspective, it surveys the existing endogenous resources and materials, including the old factories and warehouses, the sports complex, the marina, the campsite, the fishing port, the beaches, the Guadiana river, the naval shipyards and the low commercial been considered as the items with the greatest economic potential to be explored in the coming years.

Another of the goals pointed out is the increase of border and commercial relations with Spain and with the important market of Andalusia.

In parallel, recommendations are made to all local agents, in particular to the VRSA City Council, the VRSA Employment Center, the county's schools, as well as the IPSS and local associations, classified in the plan as an important support in the fight against poverty and exclusion caused by rising unemployment. 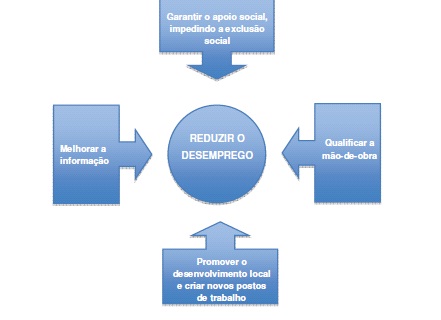 Taking into account the defined objectives, the Employment Plan recommends three main areas, seven lines of intervention and suggests 17 projects that can, for example, give rise to the creation of an office to support employment and entrepreneurship, the creation of a center regional products from the Algarve, the development of the economy of the sea or the diversification of the offer of tourist products.

One of these projects is already underway, is providing training in the area of ​​tourist entertainment and is mostly made up of young people looking for their first job or unemployed people looking for an opportunity to set up their own business idea.

The training started a few weeks ago, involves two dozen people and is being promoted by the VRSA municipality, in partnership with the IEFP.

Although the journey was intended to present good news, the Secretary of State for Employment did not escape the boos with which he was received upon his arrival at the Municipal Library of Vila Real de Santo António.

About half a hundred people were waiting for him, mainly union members (Local Administration, Teachers and Commerce, Offices and Services) and members of the Commission of Users of Via do Infante, who received the government official amid whistles and cries of “we want a job”.

Despite not having spoken directly with the protesters, Pedro Silva Martins said that "people have the right to demonstrate, the situation the country is going through creates discontent and it is important to ensure that all avenues of dialogue are open and will be followed."

António Goulart, head of the Union of Union of Unions of the Algarve, pointed out that this is "the region of the country with the highest unemployment rate, with values ​​like no memory and with a clear tendency to worsen".

For his part, José Domingos, from the Commission of Users of Via do Infante, who had already been in Loulé for two weeks to demonstrate against tolls during the visit of the Secretary of State for Economy and Regional Development, explained that CUVI will go manifest itself whenever a member of the government comes to the Algarve. The objective, he said, is "to show that the decision on tolls does not work, the situation is getting worse and worse".