German singer Ute Lemper gives a concert on August 2 at 22 pm, at Teatro das Figuras, in […] 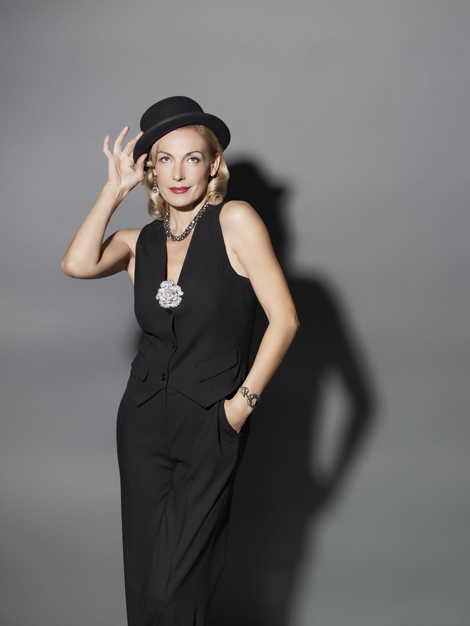 German singer Ute Lemper gives a concert on August 2nd at 22 pm, at Teatro das Figuras, in Faro, in what is the highlight of the 7th edition of the Caixa Geral de Depósitos Festival.

This show also features the Orquestra do Algarve, under the musical direction of Cesário Costa, AO's Main Guest Conductor.

The Festival thus continues throughout the month of August, with two diversified concerts and free entry, limited to the capacity of spaces.

Ute Lemper's career is vast and varied, having left his mark on the stage, in films, in concerts and as a unique recording artist. This concert, which includes Jacques Brel, Édith Piaf, Kurt Weil, Georges Gershwin, Fritz Fritz Zander, John Kander and Van Morrison, brings to Teatro das Figuras a show that has been applauded in prestigious halls around the world.

The festival ends on August 11, at the Municipal Auditorium of Portimão, with “A Magia do Musical”, dedicated to the best musicals of all times. Directed by John Avery, OA Associate Conductor, the program features works by Cats, Oklahoma, Oliver, Mary Poppins, Jesus Christ Super Star e Mamma

These concerts are supported by the Municipal Theater of Faro and the Portimão City Council.

In August, an initiative that brings together food and music: the Hotel Faro promotes the event “Sinfonia de Sabores”, a dinner that features a menu gourmet, followed by a chamber music concert by the OA. Emil Chitakov (violin), Ângela Silva (viola) and Andrea Lysack (cello) will interpret the works for Beethoven's Trio de Cordas nº 1 and nº 3.

On the other hand, within the scope of the Grande Orquestra de Verão Festival, an initiative led by conductor António Victorino d'Almeida with the aim of promoting a taste for music, diversifying audiences and showing the more informal side of symphonic music, OA acts on the 17th, 18th and 19th in Portimão (Park of Fairs and Exhibitions), Lagos (Cultural Center) and Vila Nova de Milfontes, respectively, where he will perform the “Symphony nº 40” by Mozart and “Boléro” by Ravel, and also the “Sinfonia nº5” by António Victorino d'Almeida, conductor who will also conduct these concerts.

OA will perform at Praça do Mar, in Quarteira, on the 24th, and at Praça da República, in Tavira, on the 25th, for open-air concerts, free of charge. In these concerts, which are part of the summer schedule of the municipalities of Loulé and Tavira, works by Rossini, Manuel de Falla, Tchaikovsky, Mendelsshon will be presented, directed by the Principal Conductor of OA, Pedro Neves.