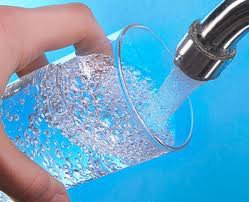 The restructuring of the Algarve's water supply system today led socialist deputy Miguel Freitas and PS Algarve president António Eusébio to meet with the Board of Directors of Águas do Algarve SA, in order to assess, among other issues, the eventual privatization of the sector and the consequences inherent to the process, namely the increase in the price of water.

After the meeting and reiterating the position of the Socialist Party, which has shown strong resistance to the privatization of the sector, defending the restructuring of public water supply and sanitation services, Miguel Freitas criticized the creation of mega-companies programmed by the Government, in order to the systems most “appealing to their privatization”.

“The Government wants to merge Águas do Algarve and Águas do Alentejo, although there is no certainty as to the efficiency and sustainability criteria surrounding this decision, as well as the consequences on the tariffs to be paid by citizens to make the system viable. ”, underlines the Algarve parliamentarian, stressing that the PS does not oppose the processes of verticalization between rising and falling systems, as long as they are not privatizable.

The PS proposal aims to restructure public water supply and sanitation services, taking into account the principles of accessibility, sustainability, quality, transparency and ecological use of water, whose defense, they consider, «will not be guaranteed if its concession and exploitation in high are attributed to private individuals'.

At the end of today's meeting, as part of an initiative of the PS Parliamentary Group, both Miguel Freitas and António Eusébio expressed their concerns regarding the “increase in the cost of water for consumers due to the eventual privatization of the sector, as well as the indebtedness of local authorities from the region to the company Águas do Algarve».

«The loan that the municipalities will receive under the Memorandum of Agreement between the Government and the National Association of Municipalities is beneficial on the one hand, as it allows the payment of part of this debt, but it does not solve the problem in the future, as the municipalities will continue to have difficulties in paying Águas do Algarve, regardless of the effort they make in terms of internal cuts or investments», emphasizes António Eusébio.

A concern shared by Miguel Freitas, for whom «the Government must ensure a level of funding that allows it to continue investing in water supply and sanitation systems, as long as they remain in the public sphere».

Following the meeting, António Eusébio also criticized the limitations inherent in the regulatory decree of the Law of Commitments, taking into account that the municipalities will still be unable to carry out new investments or carry out maintenance of the systems.

"There is a strong concern regarding the maintenance of the current water supply and sanitation system because, if there is no possibility of guaranteeing its maintenance, it will progressively degrade, at the risk of compromising its own functioning", stresses the regional director of the PS and also mayor of São Brás de Alportel.

Following today's meeting, the two socialists expressed their confidence in the management and functioning of the Algarve's water supply and sanitation system, having highlighted the investment made in the region in the last three years, in the order of 350 million euros.

Another issue addressed during today's meeting was the maintenance of the pollution sources that still exist in the Ria Formosa, a matter in which the socialists insist on the need for urgent measures and investments, in order to free this lagoon system from the risks of contamination.