The Bensafrim fire, which since 12:57 pm has been consuming bush and forest in this rural parish in the municipality of […] 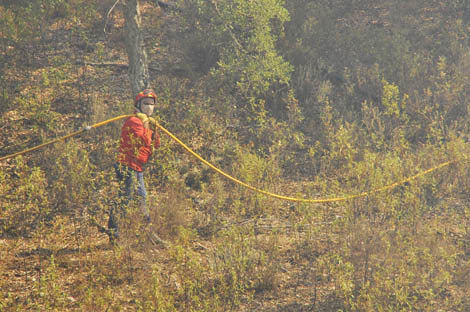 The fire in Bensafrim, which since 12:57 pm has been consuming bush and forest in this rural parish in the municipality of Lagos, is now down to two fronts, informed the Civil Protection.

At this time, the fire continues to be fought by six aerial means – four heavy bomber planes, one heavy helicopter and one initial attack –, as well as by 111 operational, namely firefighters from various corporations in the Algarve and Alentejo, and 34 vehicles.

Júlio Barroso, mayor of Lagos, said that the fire, despite initially having been "about 100 meters from Bensafrim", is now progressing in an area where there are no homes.