The director-general of Festival Terras Sem Sombra revealed today that the 2013 program has already been defined by the artistic responsible, […] 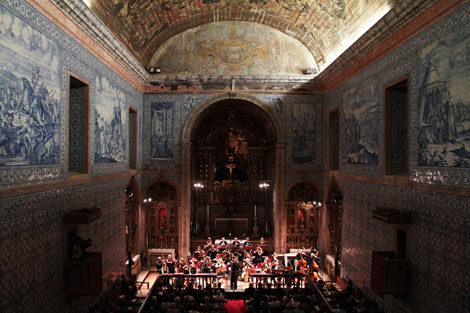 The director-general of Festival Terras Sem Sombra revealed today that the 2013 program has already been defined by the artistic responsible, the Italian Paolo Pinamonti, and the analysis of the artists and orchestras to be invited is now underway.

José António Falcão confirmed to ECCLESIA Agency that the ninth edition of the Baixo Alentejo sacred music festival will be extended to other places and will continue to invest in the union between music, heritage and the defense of biodiversity.

“There will be changes in geography: there is great pressure from other locations that want to join the festival, which poses the problem of having more requests than we can satisfy,” he said.

The official indicated that he has been receiving invitations for the concerts to go beyond the limits of the Diocese of Beja, but he stressed that the connection to the region is part of the festival's “tradition”: “I think we won't stray too far from it”.

The interest of the local authorities is based on the artistic and economic importance of the initiative, given that "a large part of the public" stays "one or two days" in the municipalities that receive the concerts, he explained.

The Catholic Church, which organizes the event through the Department of Historical and Artistic Heritage of the Diocese of Beja, also benefits: “We feel more and more that evangelization is situated in the field of culture and society”.

The initiative, whose 2013 program will be announced at the beginning of next year, proposes to put on the agenda “major issues that are currently being raised, such as the sustainability of society and nature conservation, themes addressed from a perspective in which Christianity is doing well. present,” he added.

This year's edition had a “remarkably positive balance”, said José António Falcão, who was satisfied with the focus on “recovering lesser-known aspects of the European musicological heritage”.

“We are giving back to a wider audience pieces that had never been heard in Portugal, and even nowhere else”, he stressed.

The official highlighted the modern debut of 'La Betulia Liberata', by Gaetano Pugnani, and the first translation into Portuguese of the respective libretto, signed by Pietro Metastasio.

The execution of the original score of a 'Te Deum' by Marcos Portugal and the national premiere of 'Guzmán el Bueno', a poem by the Spanish Tomás de Iriarte, also translated for the first time in Portuguese, were also highlighted.

The architect underlined the “enthusiastic support of the public”: “At all the concerts the churches were full, and some had a capacity for more than 700 people; even so we had to leave a few hundred at the door”.

Participation in nature defense actions and the proximity between artists and those responsible for the festival were other positive aspects.

The awards ceremony that the Festival Terras Sem Sombra has awarded since 2011 takes place this Saturday, at 18 pm, in the municipal auditorium of Grândola.

The trophies will be presented by the assistant secretary of state to the prime minister, Carlos Moedas, to laureates in the categories of music promotion, cultural heritage research and biodiversity conservation: Greek soprano Dimitra Theodossiou, Portuguese researcher Maria Helena Mendes Pinto and the Spanish biologist Miguel Ángel Simón.