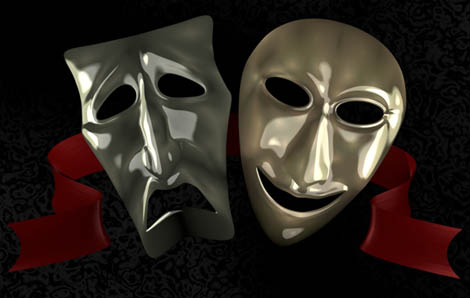 With this new public position, cultural agents want to "have concrete information" about the competitions to be launched and their model, as it guaranteed the Sul Informação the director of ACTA Luís Vicente, “nobody says anything to anybody”.

The value demanded is “the lesser evil, to remain on the list of civilized countries”, as far as the promotion of culture is concerned. «We have heard some Taliban speeches», accused Luís Vicente, in a reference to the Taliban Afghan Islamic movement that, among other things, was known for destroying millenary cultural heritage, namely religious.

Although the six theater companies have already requested an audience with the Secretary of State for Culture weeks ago, that request "remains unanswered". However, announced Luís Vicente, another audience has already been requested, but the chairman of the Ethics, Science and Culture Committee of the Parliament José Ribeiro e Castro, to «expose this situation».

The group of cultural agents had already gone public, about three weeks ago, to denounce the difficulties experienced by Portuguese theater groups, due to cuts decreed by the Government in annual, multi-year and one-off support. A situation that could lead to the “financial breakdown” of some of these structures, given the uncertainty of the future, namely regarding the launch of competitions to support the arts for 2013-2016.

In addition to ACTA, the Dramatic Center of Évora, the Coimbra Night School, the Braga Theater Company, the Teatro das Beiras and the Regional Theater of Serra de Montemuro are part of this platform of theater companies.

«Already after the Festival das Companhias, and following several voices that denounced the Government's silence regarding the future of support for the arts in Portugal, the Secretary of State for Culture promised in a parliamentary hearing to present “the schedule” of the competitions for 2013 until at the end of June”, recall the six companies in a statement, adding that “it did not”.

«Instead, the Director General of Arts [Samuel Rego] gave an interview to Antena Um, vaguely pointing to the month of September for the opening of “all types of support” (multiannual, annual, punctual, tripartite and internationalization) , for all artistic areas (theatre, dance, music, visual arts and disciplinary crossovers)», revealed the platform.

According to Luís Vicente, in both cases the information reached cultural agents through social communication and never through direct conversations with those responsible for culture. And, even in these cases, «it is very deficient information» for the companies' intention, which is to know «what conditions we will have for the future».

More than the date on which the tenders will be launched, which according to what was revealed are within the requirements presented by the companies not yet a month ago, the concern of the six companies is linked to the value launched in the interview given by Samuel Rego, 12 million euros, based on the year 2012.

“We are not aware of the intentions of the Director General for the Arts in referring this figure in this context, but we reject in advance any possible attempt to use it as a reference for defining the budget for the coming years. In 2012, the State's investment in this matter was limited to quadrennial and biennial contracts, signed in 2009 and 2011 and in relation to which it applied a cut of 38%!», reads, on the other hand, in the statement of the six companies.

The next competition that opens will have to include funds for the four main types of support (quadrennial, biennial, annual and occasional). Taking this into account, the platform defends that only a sum of 21 million “will allow the Government to talk about “maintenance” of the support and only with this sum will it be possible to maintain minimum conditions for the artistic creation of public service to survive in Portugal”.

«If the Government does not restore this value, we will be facing a deception, moreover presented with the demagoguery that absolute values ​​and the word “millions” always facilitate. Even more serious, we will be facing the aggravation and perpetuation of the disaster situation in which the creation structures are already present - reduction of work teams to a minimum, proliferation of precariousness of its employees, growing indebtedness, inability to plan their activity and of assuming medium-term commitments, consequent inability to resort to other possible sources of funding», guaranteed the six theater companies.

These difficulties, he also assured, "do not result from any megalomania of structures or unforeseen expenses", but "exclusively from the fact that the State unilaterally cut, in two consecutive years, amounts that were contracted".