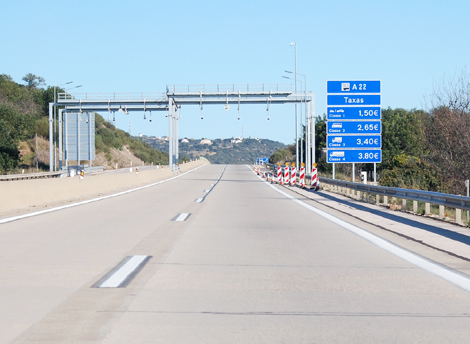 The president of the Federation of PS Algarve today considered that the new toll collection system for vehicles with foreign registration plates, whose implementation was announced by Estradas de Portugal, represents “just another proof of the Government's irresponsibility, not constituting a persistent solution to the problems denounced by the Party in the region”.

Classifying this as a “mediocre” solution that only intends to “operationalize an unfair and penalizing measure for the Algarve and above all for the main economic activity of the region and the Country”, António Eusébio emphasizes that the resolution of toll collection problems and consequent obstacles the movement of tourists in the ex-SCUT, particularly in Via do Infante (A22), must be taken seriously by the Government, in order to avoid the “shameful” constraints registered during the Easter period.

Advocating for a study to be carried out on the impact of toll payments on the regional economy, which will allow the cost and benefits of its application to be related, especially in Via do Infante, António Eusébio criticizes once again the introduction and maintenance of tolls in the former SCUT do Algarve without the completion of the requalification of the EN125, the only alternative to the expressway.

"Without the existence of a real alternative to Via do Infante, the introduction and maintenance of tolls on Via do Infante constitutes a harmful measure for the Algarve, for the economy and for the image of the region", considers the regional leader of the PS, warning to the loss of competitiveness of companies and the quality of life of citizens, as well as to the increase in accidents in the region, especially on the EN 125.

"The PS Algarve launched, more than three months ago, a challenge to regional partners and the Government, to face this problem with pragmatism and responsibility, but so far we have not registered any receptiveness to our proposal", says António Eusébio, to criticize the decision from the end of September, the regime of exemptions and discounts in the payment of tolls for residents and companies, that is, before the conclusion of the EN 125 requalification.

“We cannot agree with this decision, which harms the socio-economic interests of the Algarve and the Algarve”, stresses the leader of the PS Algarve, in order to demand greater responsibility from the Government, namely with the application of truly structuring measures for the region.

“We cannot accept the patches that this Government intends to impose in an irresponsible and punctual way”, concludes António Eusébio.