ACTA has already packed its bags to move to Teatro Lethes

ACTA-The Algarve Theater Company will start moving material from its headquarters to Teatro Lethes, in […] 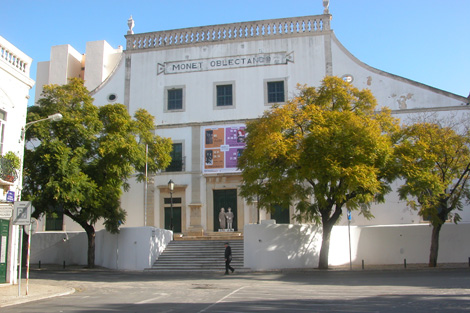 ACTA-The Algarve Theater Company will start moving material from its headquarters to Teatro Lethes, in Faro, very soon, a cultural space that will officially start managing before the end of the year. The theater company will be responsible for programming the space and has already scheduled a meeting with cultural agents in the region to start preparing the poster.

ACTA director Luís Vicente revealed to the Sul Informação that everything is «more or less agreed» with the Chamber of Faro, which currently manages the space through the municipal company Teatro Municipal de Faro.

At issue are only details of when the protocol will be signed, the final text of which has already been agreed, which "probably will take place at an official ceremony to take place in October".

October is, moreover, the first month in which ACTA claims to be responsible for programming the space. And will start preparing it as early as next week. “On Friday, July 13th, we are going to meet with local cultural agents, to start preparing the program for the semester that runs from October 2012 to March 2013,” he said.

The inclusion of other agents in the programming is an intention that ACTA “has had since the moment it proposed to manage Lethes” and it can take different forms. On the one hand, they may be productions with the brand of the house, that is, ACTA, which the company assumes.

But there is also the possibility of providing the space for cultural agents to produce shows “under their entire responsibility”. Everything will obviously depend on the availability of dates and a timely request for space.

«Everything will have to be programmed well in advance. We are going to prepare a half-year schedule, but when we launch it, we will only release the first quarter. Whenever we disclose the three-month schedule, we must have closed at least the next six months», explained Luís Vicente.

ACTA's desire to make Teatro Lethes its home and to become the resident company of this centuries-old cultural space in Faro is already old and has had a return on the part of the Chamber of Faro. But the fact that the building belongs to the Portuguese Red Cross, which ceded it to the local authority, in addition to other factors, led to delays in negotiations.